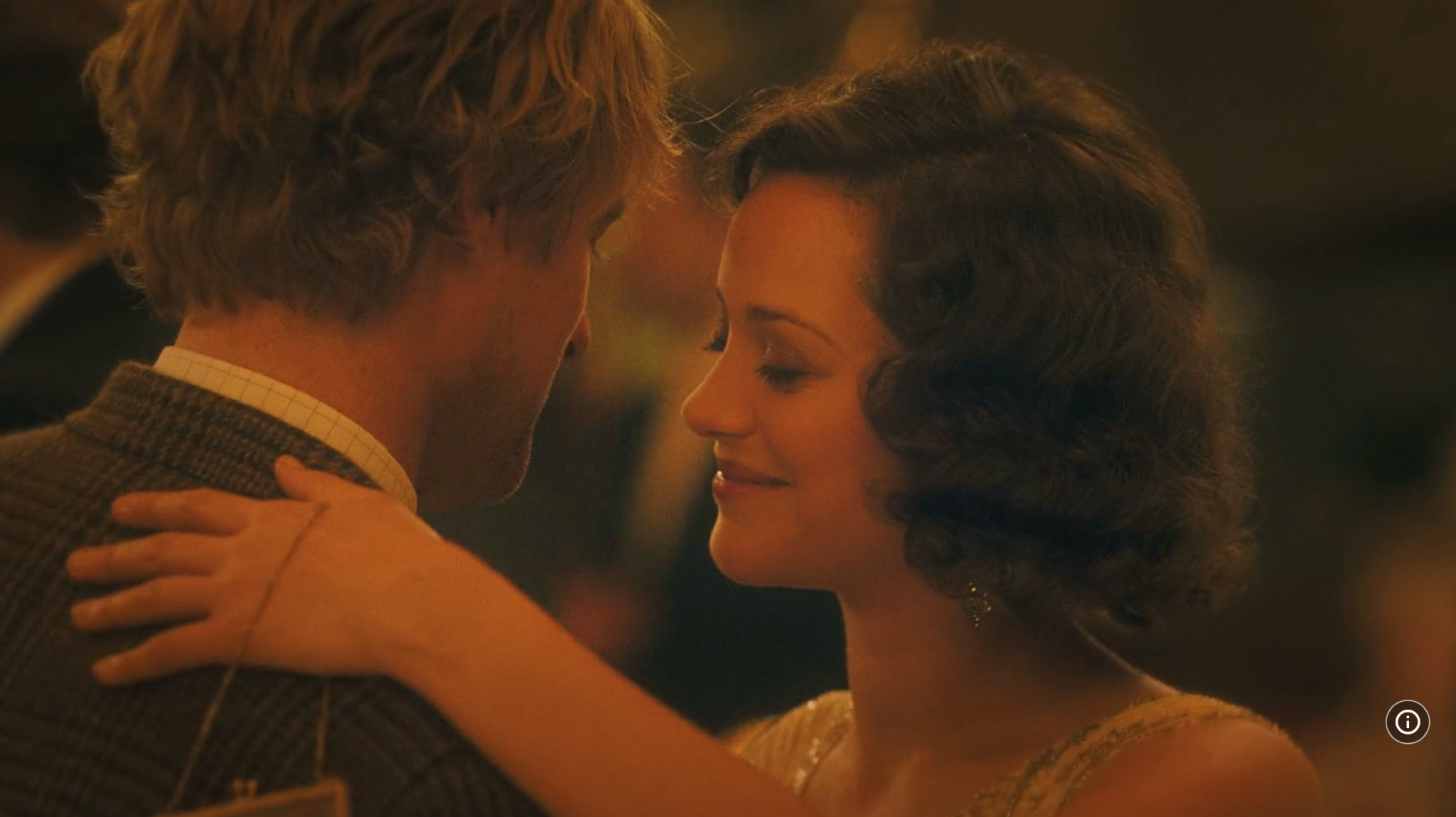 Humanity as a species has forever been obsessed with the concept of traveling through time. Perhaps the chance at rectifying past regrets keeps drawing them to the idea. Or maybe the idea of eternity ahead is just too overwhelming.

We are plagued by curiosity. What happens after this life? Where do we go from here? To space? To alternate dimensions? To a universe wiped out by an eternal ice age? Fortunately or otherwise, we haven't discovered a way to travel through the tangles of time — yet. But when have we ever let such technicalities stop us? We are fanciful creatures, after all. Since a time machine won't take us back to the future, we travel through stories instead.

Books, movies, and entire TV series are dedicated to this curiosity; this desire to explore the future and the past. And oh, what a romance it has been! Stories took us down the glittering streets of Paris in the 20s. Some movies explore the beauty in the mundanity of our own lives. Others chose adventure, battling foes, falling in love, and crushing despair. And yet we still can't seem to have enough of it. I know I can't, anyway.

Of course, not all movies tell such tales well. Some are riddled with loopholes, while others succumb to campiness. Some movies know what they are doing, though. These movies tease my fancy and seem to beckon me to a world past or a future unknown.

So, in the event you're a slightly eccentric and oddly romantic time-travel tale lover like me, here's my list of time-travel movies you should not miss:

No. 1: Midnight in Paris

Directed by Woody Allen, this is a movie I can't help but keep going back to. And yes, Owen Wilson's iconic wow does make a reappearance. This is a movie that is as hard to spoil as it is not to.

In it, Owen Wilson's character, an aspiring author, accidentally discovers a way to journey back in time. So, down the streets of rain-soaked Paris he goes — meeting his heroes, tragic or otherwise. Iconic artists and literary greats make memorable appearances throughout the movie. But the gentle wordsmith played by Tom Hiddleston blew me away — in that hot literature mentor and Shakespeare enthusiast kind of way.

With the glittering Seine flowing through it in the 20s, Paris sits at the heart of the movie. But it also poses a question: What would you give up for fame? Your present, your past? Would you give up love?

In essence, About Time is a romance. But, while it is the love story of a goofy, lanky boy next door, it is also about romancing life in all its eccentricities and its mundaneness.

The premise is simple. The male protagonist and all his male ancestors have been able to travel back in time. But their travels are limited by their own lifetime. As in, they cannot travel to the moment before their birth. So, they only get to revisit various days and aspects of their lives and maybe even redo things.

This poses one question — if you could go back and change every day, would you do it? Would you erase regrets and turn every mundane into something adventurous and exciting?

The story also touches upon ‘the butterfly effect,' i.e., the consequences of messing with time — something the male protagonist has to deal with firsthand. In his defense, if you have Rachel McAdams waiting for you on the other side, wouldn't you travel back in time just for the chance to see her laugh again?

I know this is sneaky because it's technically a trilogy. But no list of time travel movies can be considered complete without this cult classic. And, let's be honest here, the first part works as a standalone movie in itself.

Considered one of the OG sci-fi time travel movies, this is a movie that introduced generations to the concept of time paradoxes, the butterfly effect, causal loops, and the very idea of the space-time continuum itself. So, while four decades may have passed since its release, it is still the first name that comes to people's minds when they think of time travel films.

The movie(s) records the adventures of Marty and Doc Brown. After Doc Brown invents the time machine,”in a Delorean?” Marty accidentally goes 30 years to the past. Well, 1955, to be precise. There, he ends up getting entangled in his parents' fate and jeopardizing his own existence. The story is, thus, a breathless race against time before it runs out for him.

No. 4: Somewhere in Time

Based on Richard Matheson's book Bid Time Return, this movie tells the story of a young writer who sacrifices his present to meet his beloved in the past. The film focuses not on the technicalities or the science of time travel. It instead has its heart set on just one thing, the most human of all things: love. It asks but one question: What would you do for love? And Christopher Reeve, with his sharp yet boyish Superman good looks, plays this role of the pining, sappy lover with expert ease.

Often criticized for being too cheesy, this movie also takes liberties with its rules. So much so that some of it comes off as a fever dream the young writer has while he attempts to travel back to the past. But its heart lies in its sappiness and promises of unending, unabashed adoration. Tissue alert, though, because the sharp yearning in this bittersweet movie can and will make you cry.

I know, I know. This technically isn't a single movie. It's ten years of content and emotions built over time. And the time travel aspect is perhaps secondary. But what kind of Marvel fangirl would I be if I did not try to sell you on this? It has everything. Heartbreak. Honour. America's great, er, asset. Friendship. Moments that will make you want to chuck a pillow at the screen — in the best and worst possible ways.

Of course, you need to go through a decade's worth of content to truly feel the impact of this madness of a movie — but believe me when I say that it's worth every minute of it. It's a blockbuster in all definitions of the word. In this movie, the Earth's mightiest gather to fix the world for one last time. We win some; we lose — a lot. And we do it all the way we were meant to — together.

Howl's Moving Castle is a story of love, loyalty, and war told in the most Ghibli way possible. Directed by Hayao Miyazaki, the movie is loosely based on the novel by Dianne Wynne Jones. Absurd, eclectic, and bittersweetly beautiful, the animated film explores the blooming romance between a wizard whose heart is consumed by fire (Howl) and a young girl (Sophie) who gains her freedom when the wretched Witch of Waste strips her of her youth.

The time travel aspect is tertiary at best, but it still makes for an overwhelmingly iconic moment in the movie. For who won't but gasp watching the panic-stricken and determined Sophie reach out to her lover's younger form, muttering words that will forever remain etched in his heart and ours? “Find me in the future,” she says. But does she? That is up to each person to find out. This is a movie worth a watch, if not a thousand and one rewatches.

Here's a movie where time travel takes its rightful place in the front seat. Directed by Terry Gilliam, this 1995 sci-fi movie is a trip in itself. Honestly, it took me two watches to grasp the plot in its entirety and all its intricacies. But, boy, was it worth the rewatch. The thriller of a sci-fi flick has everything — an intricately created dystopian future, the near-inevitable promise of an apocalypse, explorations of what it means to be human — in all its destruction and its humanity, and then some. And it asks us a question — what is the plague? Is it the virus that eradicates nearly all of society, or is it humanity itself feeding on the planet that gave it a home?

Thrilling and darkly humorous, this is a 2017 movie directed by Christopher Landon. The story begins when the protagonist, Tree, is murdered by a masked killer on her birthday. However, she wakes up in her partner's bed again and quickly realizes she is caught in a time loop.

As the story unfolds, she takes it upon herself to find her killer but gets murdered each time. The movie does a great job at making you suspect every shadow, every friend, and acquaintance. It's written so that the ultimate reveal will take you by surprise. Happy Death Day makes an excellent watch for thrill-seekers and lovers of time-loop movies.

No. 9: The Girl Who Leapt Through Time

This 2006 animated Japanese sci-fi romance directed by Mamoru Hosoda acts as a loose sequel to the 1967 novel of the same name. The story is about a girl who accidentally gains the power to travel through time. And, like every real high schooler ever that's caught in such an extraordinary situation, she promptly starts abusing her powers to fix everything, frivolous or otherwise.

While time travel takes a center seat in this movie, The Girl who Leapt through Time is also a story of young love, endearing and delicate. Like many others on this list, this movie also focuses on the importance of now. This moment, it seems to say, is fleeting and precious and reminds us to enjoy it.

No. 10: Map of Tiny Perfect Things

I'm a sucker for sweet, if not a little too sweet, rom coms. Add heartbreak and emotional turmoil, and my eyes will be glued to the screen for the movie's entirety. I had to watch the Map of Tiny Perfect Things for that reason.

The film is a cliche in that it reminds us of all our favorite rom-com moments. We have a young, beautiful boy who meets a young, beautiful girl. We have them exploring the world around them and slowly coming of age together. We have poetic declarations, a little teenage rebellion, a kiss in the rain, some existential dilemma, and an abundance of euphoria. And I was here for it, honestly.

The movie is about a boy who finds himself caught in a time loop, only to discover that he may not be the center of the universe after all. It did pose some interesting questions. I mean, if you could freeze time at the moment before everything went haywire, would you do it? Would you live in a moment repeatedly so you don't have to live beyond it at all?

This flick is endearing even when it sticks to the familiar sappy teen saga. The twist near the end made for an interesting touch, but I would watch it to witness the two dorks trace out their map of perfect things while slowly and irrevocably falling in love.

15 Books Fantasy Fans May Not Have Heard Of, but Should Read