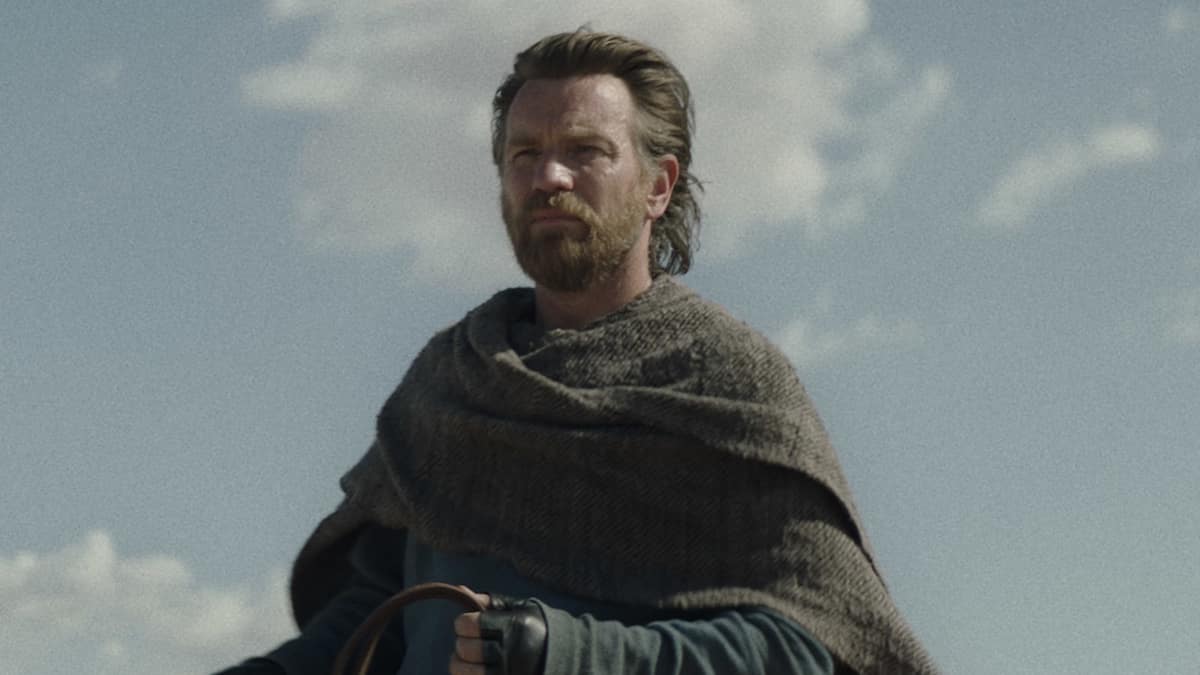 It’s hard to believe that after years of waiting, Obi-Wan Kenobi is not only here, but it’s nearly over. And what a ride it’s been! Set ten years after the events of Revenge of the Sith, the series has brought us face to face with new enemies and old as Ben Kenobi has sought to resurrect the Jedi he once was from the ashes of the past.

Between sarcastic kidnap victims, vengeful brothers turned megalomaniacal cyborgs, OSHA violations galore, poor fire safety, and tantalizing dips in the bacta tank, fans have been treated to an incredible adventure. It’s been completely overwhelming. Now, as we approach the final episode of the series, the stakes are as high as they’ve ever been, and many fans don’t know what to do with themselves.

Don’t worry – I understand you completely. Here are ten movies to watch if you don’t think you’ll physically survive waiting for the finale of the event series, Obi-Wan Kenobi, on Disney+.

If You Want More Desperate Daddy-Wan… This movie is not for the faint of heart. Straight up, when I went to the premiere of it, a woman in the row behind me fainted. They called the ambulance. They did not stop the show.

Based on the real-life story of one family’s experience during the 2004 Indian Ocean tsunami, The Impossible is not just a harrowing tale of survival and courage but also a beautiful story about the love that holds us together.

If desperate dad Obi-Wan is your favorite part of the show, and you want to see a deeply moving performance by Ewan, then grab the tissues and settle in.

Of course, all due caution is advised. It is a true story. It is a tragic story. Pick it up only if you’re in a place where heartbreak feels good.

But if you do miss those Jedi khakis, then The Serpent’s Kiss is the movie for you – bonus mullet included!

Set on the eve of the 18th century this period romance casts Ewan as a young Dutch architect hired to construct a fantastical garden. However, soon he finds himself distracted from his work by a beautiful girl. As one does.

Filled with thinly veiled metaphors, elaborate seductions, and Bridgerton-style intrigue, Mr. McGregor plies his charms whilst bedecked in dreamy creams and beiges nearly the whole time – when his clothes aren’t being torn off him by the cruel thorns of wild rose bushes, that is.

If You Love Seeing Obi-Wan Stripped Bare… Sure, it’s been satisfying to see him so emotionally bare, but one quick dip in bacta is hardly enough to quench our thirst. I mean, Anakin got a whole shirtless nightmare scene.

Fear not! Ewan is one of the most unclothed actors of all time, and if you’re curious (and brave), consider checking out this deep cut into his filmography.

An adult film directed by auteur Peter Greenaway, The Pillow Book has Ewan playing a young British translator named Jerome who falls in love with a Japanese model. Together, they explore the mutual sensuality of body writing. However, their happiness doesn’t last, and if you’re squeamish, you might find Jerome’s fate more than a bit gruesome as he’s stripped of more than just his clothes.

Viewer beware – this film is extremely not safe for work, and you’re in for quite the eyeful if you seek it out.

If Your Favourite Scene was the First Confrontation with Vader… Yes, it was gruesome. Yes, it was terrifying. Yes, Vader (and Disney) are completely deranged for doing that, but don’t lie – we’ve all watched Vader drag Obi-Wan through the fire at least forty-seven times now. Maybe forty-eight. Who’s counting?

But how about, for the forty-ninth time, we trade the mining planet Mapuzo for the earthly charms of Rome?

Angels & Demons is the 2009 movie sequel to The Da Vinci Code (even though the novels are in reverse order). In it, Ewan plays the young Father Patrick McKenna, who teams up with Tom Hanks’ hero, Robert Langdon, to uncover a conspiracy that goes straight to the heart of the Catholic Church.

Spoilers, spoilers, spoilers! I’ll say nothing to ruin a decades-old film, but rest assured the mystery unravels spectacularly, culminating in a rather heated confrontation between McKenna and his enemies.

If You Think Anakin’s Ghost Didn’t Go Hard Enough… When Obi-Wan saw the ghost of Anakin appear in the desert during Part III, I could hear the entire fandom gasp. This whole series has seen Obi-Wan haunted by ghosts – though never the one he cries out to.

That’s not a problem in 2019’s horror flick, Doctor Sleep which sees Ewan cast as an adult Danny Torrence from The Shining. Danny has grown up, but he has certainly not outgrown the ghosts that dog his steps and haunt the Overlook Hotel.

If you long to see Obi-Wan take an ax to some of his demons, then you can’t go wrong with Doctor Sleep. Watch it with the lights out, and pray that the Force will be enough to keep the dark side at bay. Or maybe keep your L0-LA59 droid close by, just in case.

If You Want More Haunted by the War Vibes… Alright, I will admit it! I am not ashamed of it. I love watching Obi-Wan struggle to reconcile his grief, and no one plays sorrow like Ewan McGregor.

Though a family-friendly drama, his turn as an older Christopher Robin, robbed of his childish innocence and hope is no less complex, or emotional than any of his more adult work.

If you crave more of the gentle war vet we got in parts I and II, then head over to the Hundred Acre Wood and watch Ewan wield an umbrella with all the flare of his lightsaber.

If You Wanted Walter White on Daiyu

Decked out in his Among Us disguise, and carrying spice gifted to him by Tetha Grigg (played by McGregor’s real-life daughter, Esther), Obi-Wan’s attack took the spice cookers, and the audience, by surprise.

But it was only one scene. So if you find yourself daydreaming about an alternate universe where Obi-Wan is The One Who Knocks, then it’s time to revisit a 90s classic, Trainspotting.

In his star-making turn as Mark Renton, Ewan puts it all out there in this delightfully depraved adaptation of Irvine Welsh’s novel of the same name. Be forewarned – you will never look at public toilets the same way again.

If Obi-Wan’s Terrible Cover Stories Give You Life…

They’re farmers from Tawl. His name is Orden. His daughter is Leia – I mean, Luma. Kriff! Cover stories are hard, and kidnapping is even harder.

There’s no denying that Leia and Obi-Wan’s dynamic is one of the highlights of the series. She pushes, and he caves. They’re a delight to watch.

For more of that, look no further than 1997’s A Life Less Ordinary, where Ewan plays a hapless criminal who falls in love with the woman he kidnaps. Does it make a lot of sense? No. Is it a ridiculously fun time, that allows Ewan to flex his comedy muscles, and sing a song for us? Yes. And truly, what more could you want for an evening’s entertainment?

Once, when Anakin asked what he believed life had in store for him, Obi-Wan replied, “Infinite sadness.” Time, it seems, has borne this out. No one can argue that exile on Tatooine has been rough on the poor man. It’s like he’s aged twenty years in only ten!

But there was once a time when he was all smiles, charm, and sarcasm, trading flirtatious quips with even his worst enemies! If you miss those dashing days, then tune into the old flick, Down With Love.

Both a love letter and a send-up of the classic rom-coms of the 50s, Down With Love is, to my mind, a perfect movie. Every line is hilarious. Every performance is pitch-perfect. The plot is outrageous, the accents entirely unbelievable, and the twist astonishing. It’s my favorite movie, and I wish the director, Peyton Reed – yes, Peyton Reed of Mandalorian fame – would marry me already.

If You Wish He Was the Father Leia Hoped He Was

Don’t lie. You cried when Leia asked Obi-Wan if he were her real father. It’s okay, you can tell me. I cried, too. There’s just something about fathers and children and the legacy we leave behind that gets me. It’s a relationship that Star Wars never tires of exploring, but if you yearn for even more of that, then it’s time to come home to Tim Burton’s Big Fish.

It tells the story of a grown-up son desperately trying to sort fact from fiction in the story of his father’s life. Too charming by half, Ewan plays the father as a young man. As he tells his story we are led through a collection of beautiful fantasies, impossible adventures, and haunting dreams. Somewhere in there is the truth. Or at least, a truth.

A wonderfully imaginative and touching film, I promise you will laugh, and you will cry to the point of total dehydration.

Can We Obi-wan Enough?

Of course, these films can only curb the worst symptoms of our Obi-Wan withdrawal. There can be no replacement for the actual thing. Obi-Wan Kenobi has consumed us, body and soul. It seems impossible we have to say goodbye so soon. We’ve only just got him back! And he’s only just found himself again.

But who knows what incredible moments await us in the finale? And if this is it, and we have to wait another twenty years in the desert for Kenobi to come again, then hopefully this list will help slake your thirst for content.

Hannah is a fangirl born of fangirls. As a child, she lived vicariously through her favorite stories, but as an adult, she became an actor so she could live them directly. A graduate of the University of Toronto and Sheridan College, Hannah has a deep love of storytelling and analysis. Having gotten her start in writing as a young book critic, she is excited to be expanding into the world of freelancing and fandom content.

‘Star Trek: The Original Series’ Revisited: “The Squire of Gothos”