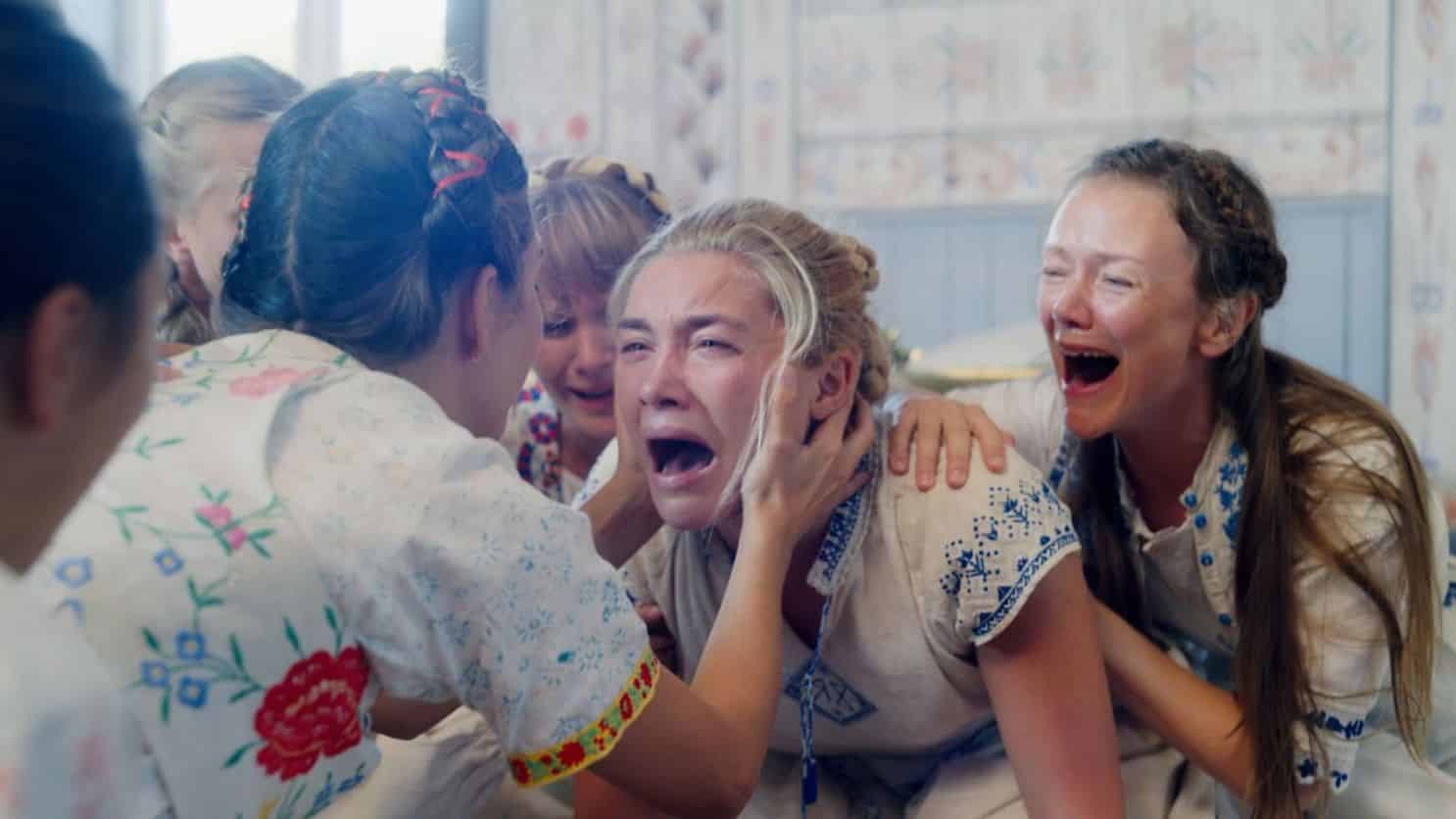 There are all kinds of horror movies out there, with so many subcategories in the horror genre, it’s a daunting task to even try to list them. There are psychological horror films, Japanese kaiju monster movies, campy 1950s B-horror movies, 1970s horror movies when they began using horror for social statements. There are movies with killer sharks, cults, vampires, demons, monsters, zombies, werewolves, witches, aliens, and so many others, all available through the various streaming platforms.

To help narrow the list of must-watch horror movies and where you can currently find them down a bit, we put together a list of the top 14 best horror movies streaming on Amazon Prime Video right now, which we feel offers a variety of fantastic horror films across all subcategories of the genre. Along with the original Wicker Man, few films classified as “folk horror” are this downright terrifying. Taking place in rural Sweden, a group of American friends are welcomed into a Scandinavian community celebrating a strange centuries-old pagan festival. As time goes on, however, the group soon realizes just how dark and sinister the festival’s celebration really is.

Good movies about cults are a rare find, but Midsommar more than delivers, with critics praising the movie for its pacing, Ari Aster’s writing and direction, and its performances–notably that of Florence Pugh, who became a breakout star as a result of this film. There are many films in Alfred Hitchcock’s career that critics commonly refer to as the “best.” It may be tough competition, with such titles as Vertigo, Psycho, Notorious, and The Birds being serious contenders, but Rear Window might just take the cake for Hitch’s magnum opus. Starring Jimmy Stewart in his second collaboration with Hitchcock, the film follows a photographer recovering from a broken leg who believes he sees a murder take place in a neighboring Greenwich Village apartment suite.

One of the earliest psychological horror movies in Hitchcock’s career (a genre he would return to again and again), Rear Window remains a fantastic claustrophobic suspense movie and certainly one of Hitchcock’s best as well. 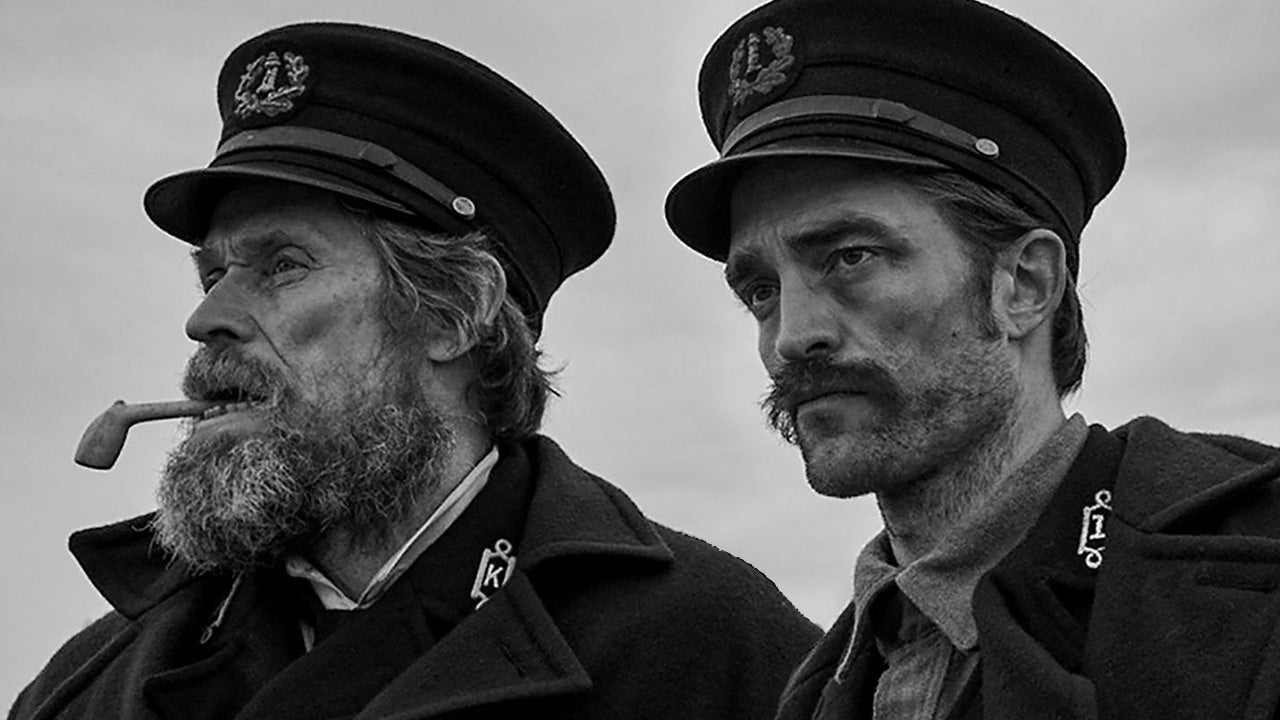 One of the most original horror movies in recent years, The Lighthouse is unlike any horror film out there. Two 19th century lighthouse keepers (Robert Pattinson and Willem Dafoe) on a remote New England island slowly begin going insane after realizing they may be stranded with no hope of rescue coming.

Combining Lovecraftian tales of strange supernatural creatures with psychological horror and some added David Lynch-esque surrealism, The Lighthouse features incredible black-and-white cinematography, fantastic pacing, eerie direction by Robert Eggers (The Witch), and two powerhouse performances by Pattison and Dafoe. We can promise you right away, The Lighthouse will be unlike anything you’ve ever seen.

We’ve included Suspiria a few times before on previous lists. Once you’ve seen the finished movie, though, you’ll understand why. A reboot of the original cult classic horror movie, Suspiria follows a young woman enrolled at a private dance academy in Berlin, who begins to believe a coven of witches resides at the school. Just like the original, this movie is an incredibly creepy movie that has probably the best witch antagonists captured in film in a long time. We’ve all heard this movie’s now-famous tagline — “In space, no one can hear you scream” — but after watching this sci-fi horror classic, your neighbors will definitely hear you screaming throughout Alien’s two-hour runtime. When a crew of a merchant space voyage investigates a mysterious transmission and encounters a hostile alien species, they begin an intense game of cat and mouse aboard their ship.

Commonly ranked as one of the best sci-fi horror movies of all time, Alien’s success spawned numerous sequels, prequels, spinoffs, comic books, and video game tie-ins. With the concept of a lone ship drifting through an endless universe completely isolated from known civilization, who knew space could be so scary? Invasion of the Body Snatchers

This 1978 remake of Don Siegel’s classic adaptation of The Body Snatchers by Jack Finney ups the horror element of the original by ten, creating one of the most suspenseful, edge-of-your-seat sci-fi movies of all time. Starring Donald Sutherland and Brooke Adams as a pair of San Francisco health inspectors, the plot of the film revolves around a hostile alien takeover as alien “pods” slowly begin replicating humans and replacing them one by one. Commonly cited as one of the greatest remakes of all time, Invasion of the Body Snatchers remains a terrifying horror thriller. 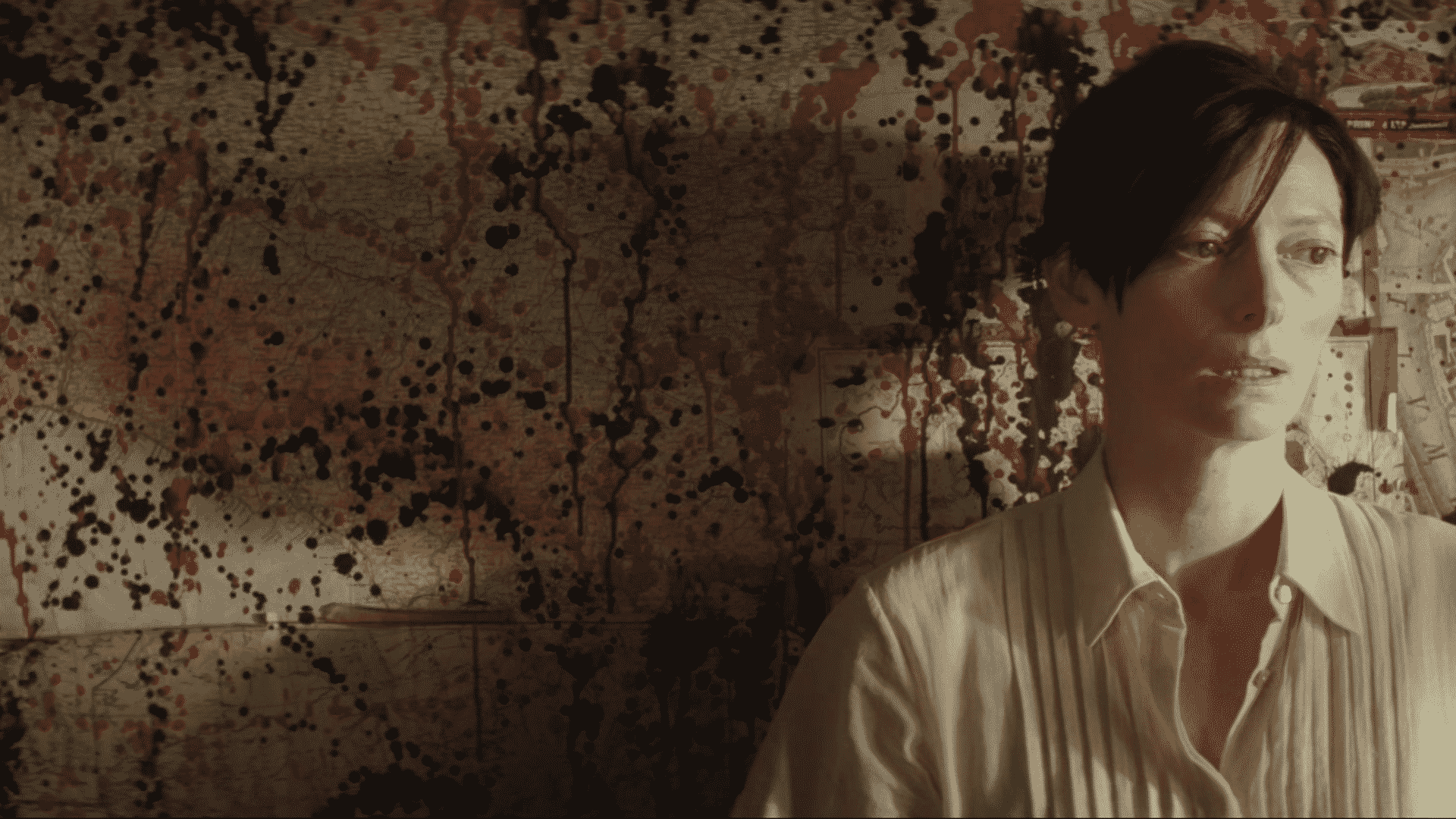 We Need to Talk About Kevin

An extremely dark and disturbing movie, We Need to Talk About Kevin is most definitely not an easy watch. After her sociopathic son (Ezra Miller) has committed a horrendous crime, a depressed mother (Tilda Swinton) looks back at the tumultuous relationship she shared with him in order to come to terms with the monster he’s grown up to be.

Featuring amazing acting from the two principal leads, We Need to Talk About Kevin has a darker, more realistic exploration of human psychopathy and the whole nature vs. nurture debate, creating a great drama-heavy horror movie in the process. Commonly credited as being the first summer blockbuster, as well as the movie that established Spielberg as the next big-name Hollywood director, Jaws may be one of the most picture-perfect movies in existence. When a giant man-eating shark begins eating beachgoers of a small idyllic New England island, the town’s sheriff (Roy Scheider) teams up with a professional fisherman (Robert Shaw) and a marine biologist (Richard Dreyfuss) to hunt the shark down for good.

The film boasts amazing performances, a superb screenplay, excellent pacing and suspense, and a now-iconic soundtrack by John Williams. 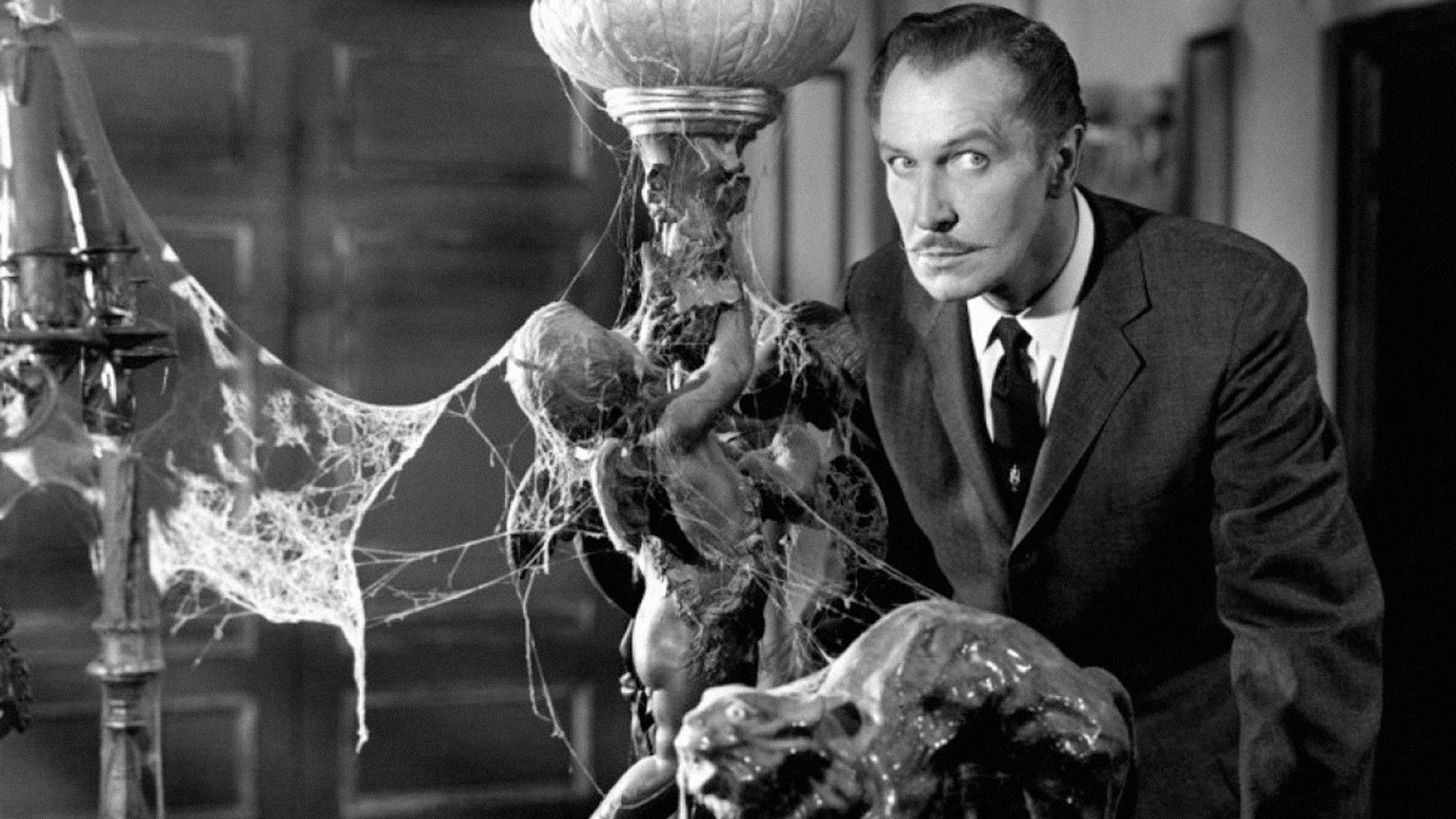 Few horror stars are as synonymous with the genre as Vincent Price. A legendary figure in the B-horror movies of the 1950s’ the 1970s’, Price became one of the most iconic character actors in the genre, starring in numerous well-known horror films throughout his career (including House of Wax, The Pit and the Pendulum, The Witchfinder General, and Theatre of Blood).

In this underrated camp film, Price plays an eccentric millionaire who offers $10,000 to whoever can spend the night in a supposedly haunted mansion. The one serious flaw in this movie is that it’s just too short–ending right when you feel it’s at its best. Technically more a comedy movie than a scream-out-loud horror film, The Monster Squad is an underrated gem of the 1980s’ that has gone on to achieve cult status. The Monster Squad follows a group of horror movie-obsessed pre-teens in a small town who battle classic Universal Horror monsters such as Count Dracula, Frankenstein’s monster, the Wolf Man, the Mummy, and the Gill-man.

A silly concept, in theory, The Monster Squad offers a lighthearted, family-friendly adventure story that both pays homage and pokes fun at the classic Universal Horror movies of the 1930s’. 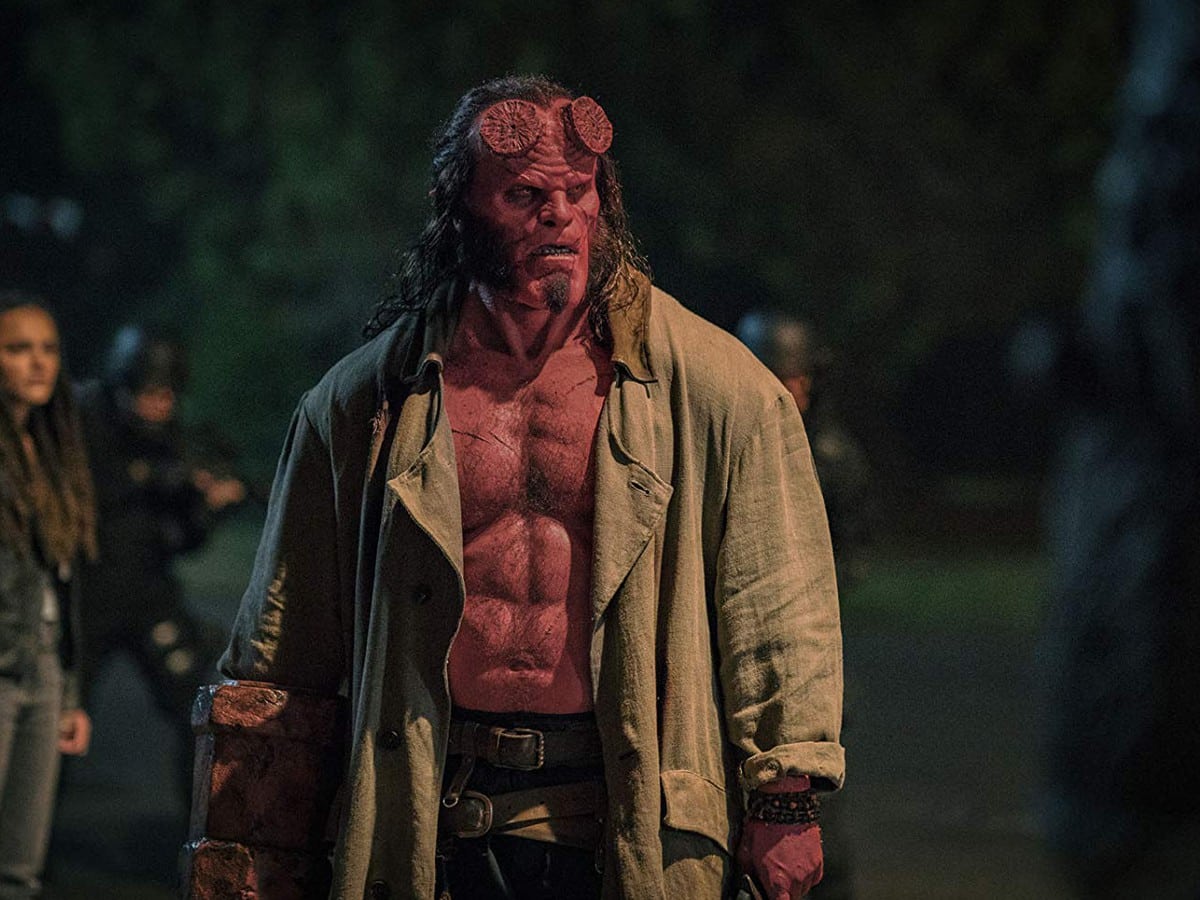 Adapted from the popular comic book series by Mike Mignola, Guillermo del Toro’s second big-budget movie after Blade II helped cement the director as one of the new faces of the modern horror genre. As told in Mignola’s comics, Hellboy (Ron Perlman) is a demon-turned-superhero who works in a secret government organization, protecting the world from supernatural threats, including the mysteriously revived Russian mystic, Rasputin.

An enjoyable entry in del Toro’s filmography, it offers a darker take on the traditional superhero movie, seamlessly blending horror with action-adventure. A cult classic horror movie, Phantasm was an indie sleeper hit whose reputation has significantly grown over the years since its release in 1979. The film revolves around a teenage boy who begins to suspect an enigmatic mortician is converting deceased bodies into zombies that are then transported to an alien planet and used for slave labor.

We know that plot sounds ridiculous, but Phantasm offers a scary, bizarre mystery that was such a success, it spawned four subsequent sequels. Star Wars director J.J. Abrams was such a fan of this movie, he personally named Captain Phasma as a direct homage to this movie. 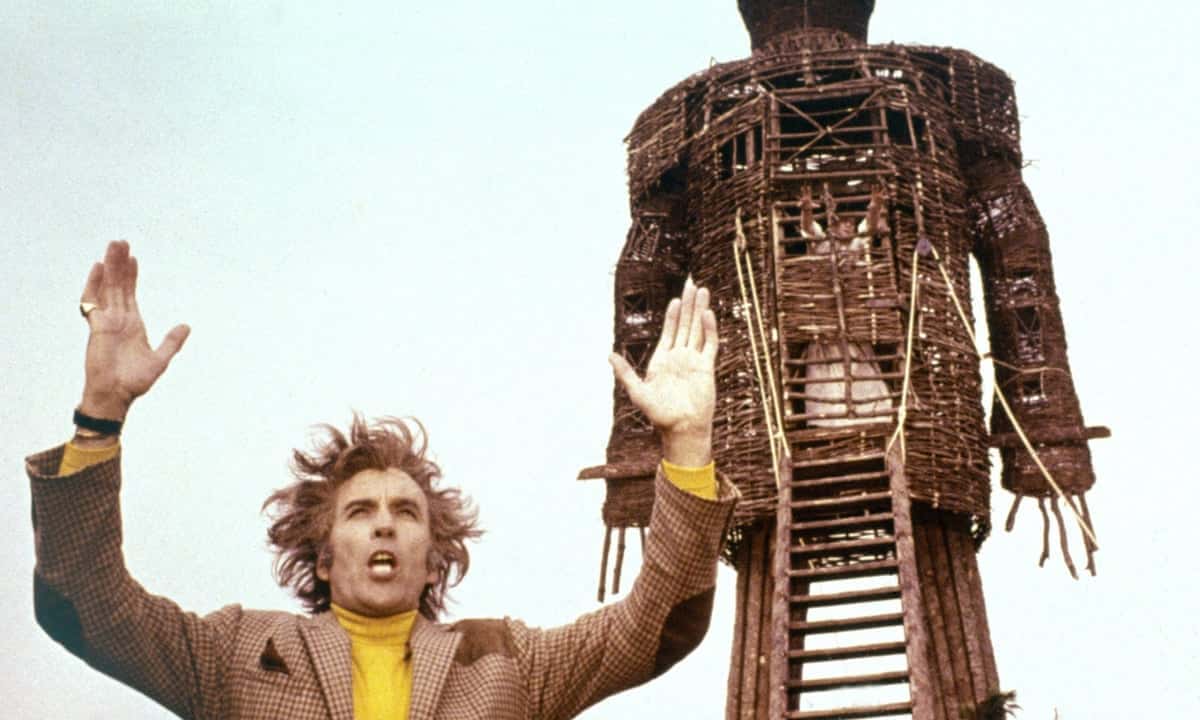 Likely the best horror movie about pagans cults ever (sorry, Midsommar), The Wicker Man is a classic early example of folk horror, starring horror icon Christopher Lee. When a young girl goes missing on the isolated Scottish island, a police sergeant is sent in to investigate, only to discover the island’s inhabitants have abandoned Christianity and now celebrate a strange form of Celtic paganism.

A dark, depressing movie, The Wicker Man has gone on to become one of the most popular horror films of all time, with its ending commonly ranked as one of the scariest in movie history. It may be hard to describe a documentary as a horror movie, but this 2004 study of notorious American serial killer, H.H. Holmes, the man who constructed a “murder hotel” in which he killed as many as 200 people, is just about as horrifying as anything else on this list — maybe even more so, considering the fact that the events in this film actually occurred.

A biographical film, it combines interviews with criminology experts, reenactment footage, and period photographs to tell the chilling story of one of the most prolific serial killers in American history. For true crime fans, this is an absolute must-watch.

There are so many kinds of horror movies out there — from folk to slasher to psychological to science fiction. In assembling this list, we tried to root out some of the best films not only currently streaming on Amazon Prime, but that also represented as many subcategories of horror there are, creating a list that has something for every horror movie fan out there.

If you’re looking for other must-watch horror movies to stream on Amazon Prime, we also suggest the supernatural horror movie, Hellraiser, which was so popular upon release, nine subsequent sequels followed. We also loved the Gaspar Noé movie, Climax, which might just be the best horror dance movie you’ll ever see — and no, we don’t count Thriller on that list, either.