More and more science fiction books are getting turned into high-profile adaptations, from The Handmaid’s Tale to The Expanse to Dune and Station Eleven. But there are still a ton of novels and series with lower profiles that haven’t reached cultural saturation.

Here are some sci-fi novels that every fan should know about.

Harry Harrison wrote a dozen Stainless Steel Rat books over fifty years. The first is a briskly break-neck adventure yarn as con-man Jim diGriz robs and grifts his way through a too orderly galaxy. Soon he gets entangled with the law enforcement Special Corps and a seductive mass murderess just a little smarter than he is. The novel is basically a cowboy story with Jim as the swashbuckling loner enforcing order on the frontier. Still, the plot never stops thumping and the pages turn quickly. If you’re a Han Solo fan, this just might be one of his prototypes.

One of Delany’s most accessible books, a rip-roaring adventure novel disguised as a work of linguistic theory, or maybe vice versa. Our hero is the beautiful starship captain Rydra Wong. But the real protagonist is the language, Babel-17, which is so efficient it enables those who use it to perform amazing feats of intellect. There’s a catch though; you can’t use a language without it using you.

The second of John Christopher’s classic YA alien invasion series is the bleakest and the best. Set after the conquest of Earth, two human resisters infiltrate one of the central city of the alien Tripods, pretending to be happy mind-controlled slaves in order to gather information. In the heavy gravity and poison atmosphere, unfreedom has the grinding weight of nightmare.

David Gerrold is most famous for writing the Star Trek episode “The Trouble With Tribbles.” But The Man Who Folded Himself may be an even greater achievement. It’s an explicitly gay time travel story about finding love and meaning with your (older and younger time-displaced) selves. The plot loops back and forth through history and prehistory –  just as the title promises, getting more and more tangled as our hero learns the pleasures and pains of following his own, less than straight, path. There are few science-fiction books that tie your brain in knots quite the way this one does.

Ursula K. Le Guin loved to write anti-utopias. This is maybe the greatest of them. The Dispossessed imagines a functional but imperfect anarchist society. Everyone is equal, everyone works together. No one is in charge. Or are they? Physicist Shevek believes a real anarchist society should always be overthrowing itself. The book brilliantly makes you believe anarchy could work by showing you exactly how it doesn’t.

Soldiers are shot into space until time dilation separates them entirely from the homes they knew, to fight a conflict they don’t understand for unclear purposes. Haldeman’s great war novel, inspired by his experiences in Vietnam, mostly avoids staged battles. Instead, it explores the misery of training, the alienation from the home front, and the myriad ways death can seek you out in the military. War is an experience of impotence, terror, panic and dislocation.

The Handmaid’s Tale is the feminist sci-fi dystopia everyone knows these days. But Marge Piercy’s masterpiece is even bleaker because it’s more rooted in the everyday. A poor, mentally ill Mexican-American woman is committed to a mental institution. Or maybe she time travels to a feminist utopia. The vision of future freedom is as bracing as the relentless chronicle of present oppression is unbearable.

Jane is 16 years old and by her own account isn’t much good at being alive. Then she sees the latest model human-like ravishing silver robot singing in the street and everything changes. Tanith Lee’s parable is a little about what it means to be human. But it’s more about who your parents allow you to be and who your society allows you to love. Have tissues handy.

Lilith wakes up to discover all the survivors of a destroyed Earth have been captured by tentacular three-gendered gene-manipulating aliens. And what do those aliens want? To breed with humans, of course. The first novel in Butler’s unique Afrofuturist Xenogenesis trilogy grapples with the terror and the attraction of difference, of freedom, and of change.

Taiwanese author Chi Ta-Wei’s novel has only become available in English recently, but better late than never. The Membranes is a playful, sad, post-modern tour de force, which uses the tropes of science-fiction to dismantle character, plot, setting, and gender all at once. The protagonist, Momo, is a dermal skin technician living in a hyper-capitalist underwater city of the far future. Or she may be someone else entirely. The story is a masterpiece of misdirection, retconning itself as it goes along.

Most alien races in science fiction are just humans with pointy ears or a few extra limbs. Not in Blindsight though. Peter Watts’ extra-terrestrial threat is hyper-intelligent but not sentient or self-aware. It acts like an algorithm. If trying to get your head around that intrigues you, you need to pick this up immediately. As a bonus, and just to show off, Watts throws in a race of vampires and explains at great length the hard science behind why they can’t stand to look at crosses.

Binti, a member of the Himba ethnic group, leaves home to go to intergalactic university. Then her flight is hijacked by jellyfish-like aliens. A story about the trauma of displacement, cultural theft, and what immigrants have to offer to the multiple peoples they live among. It’s a painful, lovely book. (A Tanzanian film adaptation was released in 2021 by Seko Shamté, but the movie has so far received limited attention.)

Nonbinary, catastrophically shy, addicted to soap operas, cranky, lovable, and with enough personal firepower to level a house, there’s never been a space adventure protagonist quite like Murderbot. The entire series of novellas and novels is a joy, but the first one, which introduces our star and sets Murderbot free, is especially indelible.

One of the least dramatic, funniest, and greatest zombie novels. A mysterious disease called Shen Fever spreads through the world. Those infected repeat their old routines pointlessly and endlessly until they die. Ling Ma satirizes the meaningless grind of nostalgia, office culture, and literary fiction as her heroine wanders slowly amidst a slow and wandering apocalypse. The ineffectual response and the way plague sinks into hopelessness, only feels more pointed as Covid trudges on.

An antimeme is an idea that won’t let you remember it. Some antimemes are out to get you—and you won’t even know it when they succeed. The mysterious Qntm’s jaw-droppingly ingenious collection of interconnected stories describes a war fought by troops who don’t even know they’re fighting a war against an enemy that is always a surprise. I’d say it’s unforgettable, but of course you may well have already forgotten it.

Arguably the best thing about this book is that it was created for the SCP Foundation Wiki – and can be read there, in its entirety, along with “more additional reading,” created by qntm and other authors.

Mysterious super-advanced AIs have created a paradise on Samsara for those humans lucky enough to be accepted. Naturally, everyone wants to become a citizen. But the criteria are strict, and the entry process is humiliating. Who belongs is inseparable from who is considered human, or in this case more than human. Sriduangkaew’s elegantly brutal lesbian cyberpunk novel is about the subtle violence of borders between places and classes. is her one full-length book so far in the Machine Mandate series, but all the novellas are worth reading too. 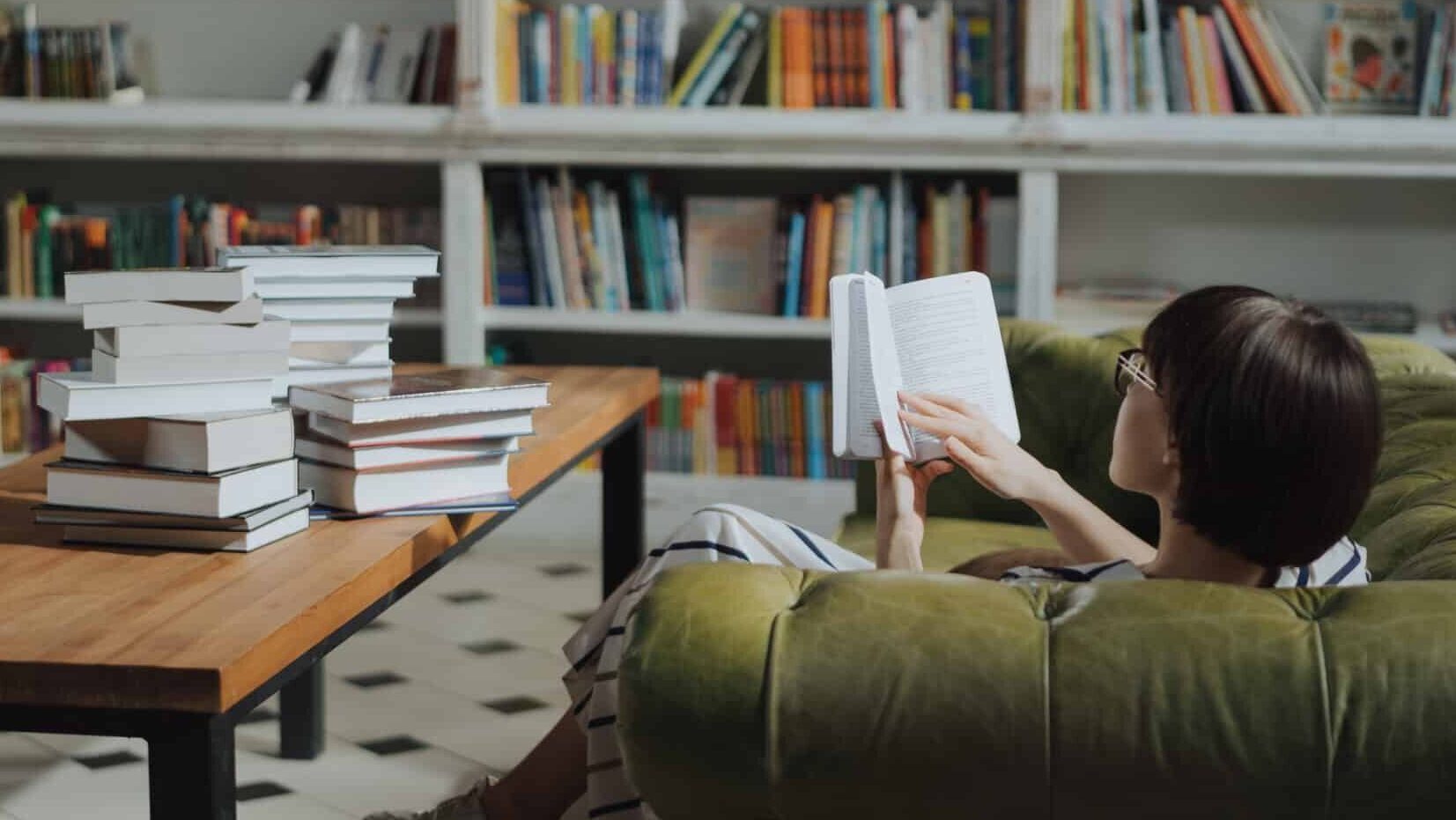 A list like this could be extended indefinitely. Other books that were on and off include Roger Zelazny’s 1968 Lord of Light, set in a futuristic world of Hindu gods; Nalo Hopkinson’s 1998 Brown Girl in the Ring about a post-apocalyptic city abandoned by the wealthy; and Catherynne M. Valente’s Space Opera about intergalactic Eurovision. And of course, the list might be made obsolete if one or all of these books gets a prestige mini-series and becomes a cultural byword. Ava DuVernay has been threatening to adapt Octavia Butler’s Dawn for a while. I’m keeping my fingers (or tentacles) crossed!

The 13 Worst James Bond Movies Ranked From Bad to Terrible