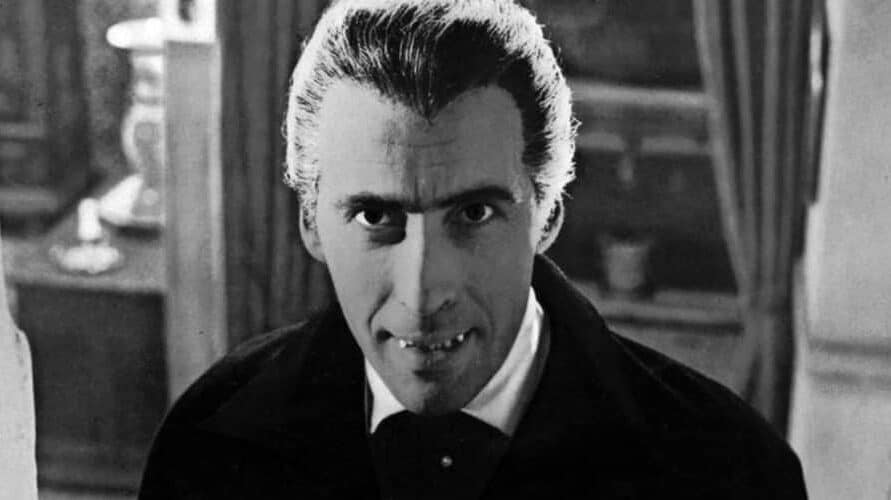 The 1950s in horror was an era of creature features and can-do American communities banding together against dangerous outsiders—as in Howard Hawks’ The Thing From Another World, The Creature From the Black Lagoon, or The Blob. The best films of the era though captured the seduction of the subversive and occasionally even had some sympathy for their monstrous others. Order is generally restored, but it wouldn’t be horror if chaos, with all its tentacles, didn’t at least occasionally have a fighting chance.

The films below are ranked, starting with the best.

Kurosawa’s adaptation of Macbeth distills every iota of gore and chill out of Shakespeare’s spookiest play. Toshiro Mifune in the Macbeth role is as brutal as he is clueless, a blunt instrument wielded by Isuzu Yamada’s Lady Macbeth with an ominous, methodical quiet. The three witches are replaced by a hauntingly beautiful white-haired forest spirit (Chieko Naniwa), who spins mist like fate, “heaping karma upon karma” as his song goes.

Kurosawa is obsessed with motion, and his rustling trees, flapping banners, and smoke tendrils shift and scrabble across the screen like a dire doom coming. Some horror films are about the evil of devils and demons, but in Throne of Blood the gods themselves seem to conspire to drench history in red.

A masterpiece of cold war paranoia. Director Don Siegel presents us with the all-American, sit-com-ready town of Santa Mira. Then he slowly replaces all its residents with grotesquely emotionless pod-people. The nice cop, the good old uncle, even the friendly neighbor boy, all are doing who knows what with the aliens behind their windows.

Director Charles Griffins’ Corman-produced B-film was shot in five days, but like the sculptures it features, it is carefully, if gruesomely, carved. Coffee-shop waiter Walter Paisley (Dick Miller) accidentally discovers he can be an acclaimed artist by simply murdering people and covering them in clay.

Miller is stunning as a sweet-tempered, simple man driven mad by artistic ambition and the pretension of overheated beat poetry; the shadows playing about his mobile face are almost a separate character themselves. The satire of the supposedly laid-back but actually bloody-minded status-seeking art world is wonderfully vicious, as is the meta-indictment of the viewer who, along with Walter, embraces the art of murder.

Reverend Harry Powell (Robert Mitchum) has HATE tattooed on the knuckles of his left hand and LOVE tattooed on his right. Charles Laughton’s The Night of the Hunter is similarly split. Powell himself is a portrait of insinuating evil, striding in his all-black suit from wife to switchblade-murdered wife, singing hymns as he goes; he absolutely revels in his hypocrisy.

In contrast, the scenes of Powell’s step-children fleeing from him down the river are some of the most romantically peaceful in cinema—beautiful shots of frogs and rabbits and willows in the foreground, while the boat drifts leisurely by with its sleeping cargo. “It’s a hard world for little things,” is one of the film’s most famous quotes. The threat to those little things carries the movie’s freight of terror. But Laughton cares for the victims in a way few horror films, and few films of any kind, do.

Dementia is best known for being the film playing in the movie theater in The Blob. But writer/director John Parker’s psychological horror deserves recognition in its own right. The dream-like, dialogue-less film follows a young woman (Adrienne Barrett) as she wanders through either a seedy cityscape or the shadows of patriarchal violence in her own skull. The modernist George Antheil score, wailed rather than sung by Marni Nixon, provides an eerie backdrop as the woman circles around recurring scenes of abuse.

Men accost women, her drunken father mistreats her, she stabs a wealthy john—or maybe that’s her father, who seems to appear everywhere. The narrative loops around in Lynchian style so cause and effect, assault and revenge, past misery and present, are scrambled, as if trauma has ripped an open wound in the story, or in someone’s heart.

Ingmar Bergman’s existential fable isn’t usually classified as horror. But in the COVID era, a film about being haunted by the Black Death, complete with gothic storm imagery and cadaver jump scares, seems like horror to me. Max von Sydow plays the returning crusader knight Antonius Block, who plays chess with Death as he stalls for time to return to his wife (Inga Landgré). The movie’s pace is leisurely, but there’s no shortage of grim set-pieces.

The flagellants abuse themselves while declaiming their doom. The child witch is burned at the stake as she stares at nothing. In the final image, most of the main characters are forced to dance against the skyline as death pulls them towards his dark land.

Erik Blomberg’s Finnish fairy tale is almost impossible to find in the states, but if you can track it down it is well worth it. Pirita (Mirjami Kuosmanen) is lonely because her husband Aslak (Kalervo Nissilä) spends so much time herding reindeer with the other village men that he is rarely home. She goes to the local shaman to cast a love spell to bring him back, but her unruly anti-communal desires turn her into a white were-reindeer instead.

She lures hunters to follow her, then changes to a woman with fangs and kills them. Lyrically beautiful scenes of the snowy landscape alternate with loving depictions of the villagers rounding up and catching deer—and of course with images of Pirita’s transformation in the moonlight, all fangs, and feral need.

Kurt Neumann’s The Fly couldn’t have a much goofier premise; scientist André (Al Hedison) accidentally switches his head with the head of a fly (oops!) The campy text is fun, but the subtext is what really gets its proboscis into you. André’s secret fly-head shame reverberates through his lovely technicolor domestic paradise like a sickly buzz of anxiety and discontent. The scientist’s isolation and the house haunted by that white-headed fly could be a metaphor for homosexuality, or for infidelity—André’s brother François (Vincent Price) is just a bit too sympathetic to André’s wife Hélène (Patricia Owens).

Either way, the final scene is viscerally terrifying in its perverse self-loathing. The fly with a human head and arm shrieks as a spider bears down on it—a helpless monster consumed by a monster in a quiet corner of a lovely middle-class estate placidly unaware of the violence it conceals.

Michel Delassale (Paul Meurisse) is the sadistic principal of a boy’s school where his wife Christina (Véra Clouzot) and his mistress Nicole Horner (Simone Signoret) both work. They’ve bonded over their hatred of him and plot to drown him—but he won’t stay dead. Henri-Georges Clouzot directed this twisty psychological thriller with touches of noir and repeated dripping head fakes towards true horror.

Melissa Stribling as Mina practically throws herself at him, neck and quivering bosom first. The film feels like the sixties arrived early, eager to groove around Van Helsing (in the form of Peter Cushing) and past all those staid crosses and garlic.

The 50s is not quite my favorite decade in horror, but there are still more interesting films than you can fit on a list like this.  If I had an eleventh slot I might try to get one of the atomic anxiety horrors on here like Godzilla or Them or The Fiend Without a Face. I also thought about including Hitchcock’s Strangers on A Train or the Vincent Price-helmed House of Wax.

14 Actionable Tips on How To Save Money on Electric Bills