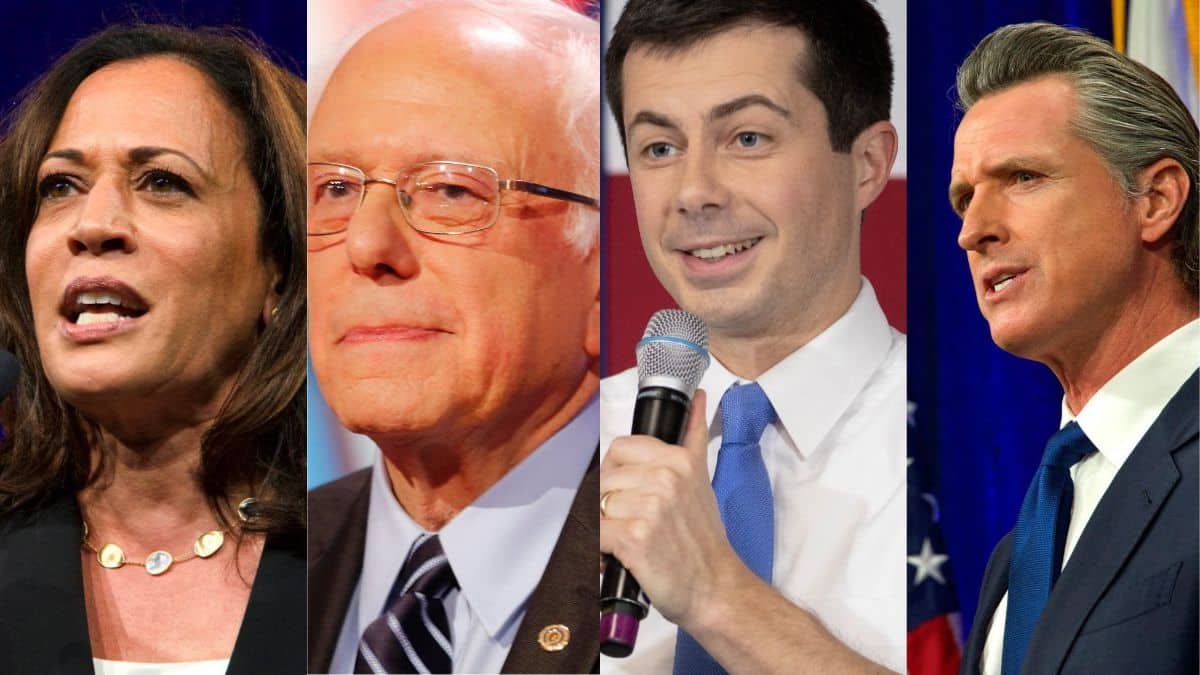 Although Biden has expressed interest in running for re-election, many of his party members are skeptical about whether he will be up for the job or not. Between his low approval ratings and his status as the oldest president in history, Democrats could look elsewhere for candidates who would be better suited for the position.

President Biden's age could be a dealbreaker for some voters, so nominating Sanders, who is currently 81, might not be a popular choice. However, Sanders has been a consistent beacon of hope for the left's agenda and is a prominent leader in the progressive movement.

Bernie is a registered independent who has consistently voted Democrat. He came close to taking the primary nomination away from Hillary Clinton in 2016 and placed second again behind Biden in 2020.

He has had some success in influencing Democratic policy and is a self-described “democratic socialist.”

Kamala Harris would benefit the most from Biden deciding to forego a run in 2024. Harris was a prosecutor turned California attorney general and made history in 2020 as the first female, black, Asian-American vice president in United States History.

Although she managed to secure the vice presidency, her approval ratings are even lower than Biden's, with many voters wondering if she is competent enough to lead the country. Conservatives have long criticized her handling of the immigration situation at the southern border as well as her allegedly awkward public appearances.

Her office also has a history of high staff turnover and low morale.

Pete Buttigieg is not necessarily known on the national scale, but he did manage to outperform quite a few seasoned politicians in the 2020 primaries before dropping out of the race to endorse Biden.

Buttigieg is a Harvard graduate who went to Oxford on a Rhodes Scholarship. He has also served in the Navy in Afghanistan. He came out as gay in 2015 and has been dubbed “Mayor Pete” by his supporters.

Biden chose him to serve as the Secretary of Transportation. While holding the position, Buttigieg has overseen a few infrastructure investments and worked to handle many of the supply chain crises around the country.

California Governor Gavin Newsom has drummed up quite a bit of support for a 2024 run. He shot to fame in 2004 when he was serving as the mayor of San Francisco. He violated state law and issued same-sex marriage licenses, making him popular with the LGBTQ community.

He was elected governor of California in 2018 and was praised for his leadership during the Covid-19 pandemic. Unfortunately, he was caught in a video dining at an expensive restaurant mask-free in the middle of lockdowns, breaking his own rules. This caused quite a controversy, and he was almost replaced as governor of California.

Despite his Covid scandal, he remains a popular choice to take the White House in 2024 and could prove to be a tough opponent.

Couple Budgeting – A Quarter of Americans Have Broken up Over Finances