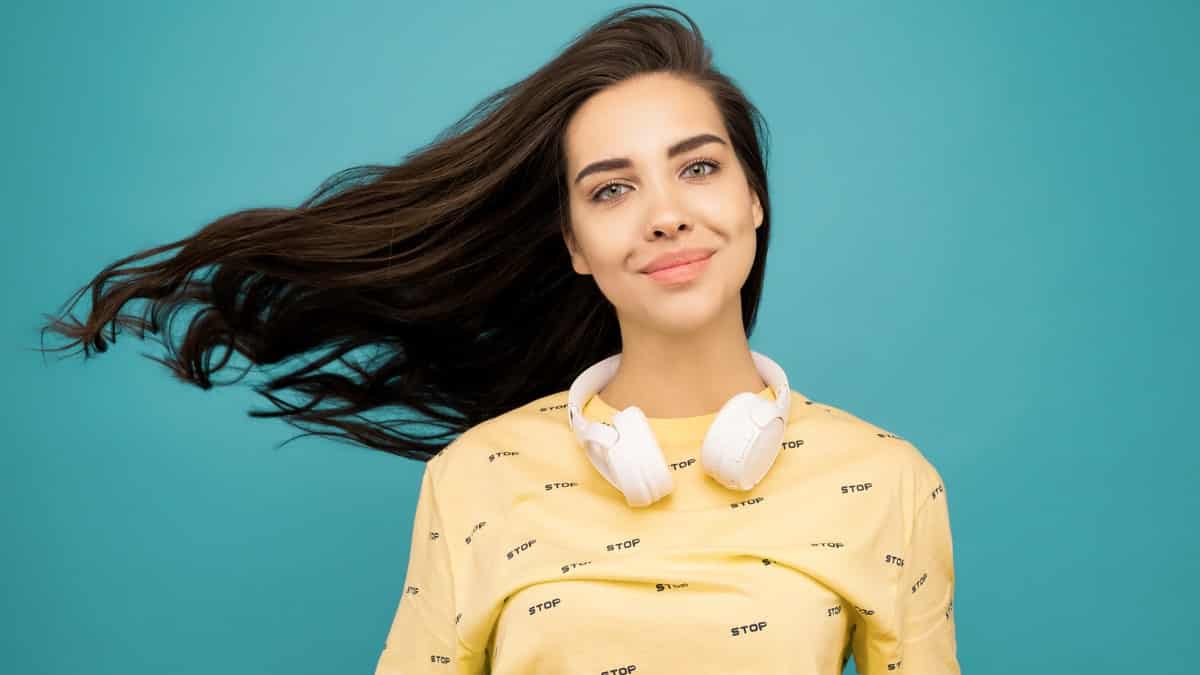 “Listen to them, the children of the night. What music they make!” Dracula said it, and who are we to argue with Dracula?!

Whether your preferred children of darkness are goth, metal, pop, hip hop, jazz, or simply the nameless shrieking of the damned, you will drink deep of this playlist that should not be.

It’s not just the kids who love to dress up as ghouls. French romantic Hector Berlioz was composing music for a “hideous gathering of shades, sorcerers and monsters of every kind” before the grandpappy’s of today’s monsters were even born.

Robert Johnson’s plays sparse, spooky blues as he wails about ramblin’ to keep ahead of the abyss.

Everyone from Mick Jagger to Jim Morrison to Eddie Vedder has tried to capture that eerie, gravelly howl. But no one sounds Howlin’ Wolf evil except for Howlin’ Wolf himself.

Bobby Pickett parleyed his impersonations of Boris Karloff and Bela Lugosi into this one-hit wonder spoofing dance crazes like the Mashed Potato. The potato is gone; the graveyard smash lives on, undying.

Poet Amiri Baraka said “Witches and Devils” was “a scary tune, going deep beneath what we say is real.” Ayler’s free jazz saxophone squall staggers and moans as it evokes the infernal.

Screamin Jay Hawkins’ goth goof version of “I Put a Spell on You” is hard to beat for comedy. But Simone is the one who carries conviction. You can tell she really would hex you if she could.

Gentle soul Donovan Leitch seems like an unlikely Halloween hero. But the happy forest can be home to some frighteningly clawed fae folk and “Season of the Witch,” with that sharp-toothed guitar line, is a minor key downbeat freak folk anthem.

Originally a saxophone instrumental, “Spooky” turned into a Halloween classic with the addition of lyrics about a “spooky little girl”—or a “spooky little boy” in Springfield’s definitively smoky version.

The supernatural boast blues has a long history, but Hendrix’s cosmic thunder version is the biggest and baddest. “Slight Return” is perfect, but the full 15-minute original is the one you want for your extended Halloween rituals.

How many people have bopped out the door on Halloween to John Fogerty warning “Don’t go out tonight?” He warns them, but they never listen. THEY NEVER LISTEN!

Outsider anti-rock oddballs The Shaggs are disturbing for a whole list of reasons. The lyrics to this Halloween tune are innocent fun. But the music—how do they even do that? The Wiggins’ Sisters version of Halloween is just…broken.

“Jeepster” doesn’t get Halloween-y until the end, but “girl I’m a vampire for your love—I’m gonna suck you!” is about the sexiest goth thing Marc Bolan ever sang. Which is saying something.

Weird British folk collective Comus sings about Christians being tortured by “a million fleshy things.” They are disturbingly cheerful about it.

The zombie here is a metaphor for the Nigerian military and a regime of totalitarian obedience. Criticizing that government was a huge risk, and Fela suffered for it. The track uses gothic imagery, but the beat announces not fear, but defiance.

The ominous synth pulse evokes the brimstone and gasoline of the motorcycle riding skull headed Marvel hero. Though the comics version was, admittedly, never this cool.

Inspired by the film of the same name, this is the ideal anthem for hipster werewolves everywhere, decked out in perfect hair and high-class tailoring. Zevon lets loose with some very convincing howls.

Belgian chamber prog outfit Univers Zero adapted the modernism of Stravinsky and Schoenberg to rock. “La Faulx” means “The Scythe,” and the track lives up to that death’s head title. Dark rock doesn’t get any darker

A spooky retro-rockabilly tale of terror and furry lust. Lux Interior hiccups and stutters like Elvis gone berserk, and there’s so much reverb it sounds like they’re actually playing inside the gut of the teenager in question.

Title aside, “Spellbound” is less about enchantment than madness. Siouxsie Sioux’s inimitably stentorian warble commands you to throw your elders down the stairs and fight your toys, foreshadowing many a post-punk fever dream to come.

If there is one song on your Halloween list, this is that one song. The real genius here is making it “Bela Legosi” who’s dead, rather than Dracula, so Peter Murphy can intone the extra incongruous syllables with unholy relish.

Venom is proto-black metal, with one hoof still in heavy metal’s propulsive roar. This ode to the celebrated female murderess is equal parts black cloaks and chrome. It’s almost impossible not to chant along with that repeated chorus. “Countess…Bathory!”

Even played and over-over-played, this orchestral pop mini-horror suite still has the power to transform every listener into a (wannabe) dance floor animal.

The spiritual hip hop heir to “Monster Mash” with references to the Invisible Man, Dracula, and Bloody Mary, this is the perfect tune if you want some prime, funky cheese with your Halloween.

Kim Gordon provides the heavy breathing vocals for this dissonant ambient mess of a song in which love feels like a slithering, clanging infection. The music slides into your brain before cracking itself apart.

“Enter Sandman” is better known, but this tribute to H.P. Lovecraft captures Metallica at an early towering prog peak. The music is actually huge enough to feel like a fit background for the hunter of the shadows as he rises.

Johnette Napolitano channels rockabilly sirens past to put a really frightening amount of insinuation into lines like “There’s a crack in the mirror and a bloodstain on the bed/Oh, you were a vampire and, baby, I'm a walking dead.”

Operatic art noise ear-piercer Diamanda Galas’ conversation with the abyss is more staged dialogue than music. Except for that piercing tone which won’t stop oh god make it stop the screaming it keeps getting louder make it stop.

La Llorona, the weeping woman, is the ghost of a mother who drowned her children and haunts riverbanks. Costa Rican-born Vargas’ version of this Mexican traditional tune is mysterious and heartbroken, drawing you close—but not too close.

Nick Cave stole the title phrase from Milton, and uses it to build a towering goth cabaret ode to a demonic seducer. “You’re one miscroscopic cog/in his catastrophic plan/designed and directed/by his red right hand.”

This is the single in which Gravediggaz created the horrorcore rap subgenre. Prince Paul, Frukwan, RZA and Too Poetic built it out of spooky moog samples, beats to chill your spine, and profane black humor rhymes I can’t quote in a family publication.

Mad scientist Dr. Octagon (aka Kool Keith) cooked up this weird hybrid monster track in his evil lab. Beware, lest you expire of the giggles.

Lots of death metal is obsessed with horror movies. But most bands don’t include audio clips referencing their favorite films before every song. Vocalist Will Rahmer “sings” like he is strangling small land mammals with his vocal chords.

Ashanti betrays her boyfriend because maybe she is under a spell. A convenient excuse! She is right though; the dreamily eerie soundscape, complete with multitracked harmonies, is hard to resist.

Andre 3000 and Kelis channel George Clinton’s burping funk for this pun-filled, thoroughly goofy tale of a morbidly frightening love affair. Which includes references to peanut butter sandwiches for some reason.

CeeLo Green and Danger Mouse give the monster under the bed so much soul you practically expect it to resurrect.

A weird folk/electronica/hip hop ballad to black magic, mental illness, and/or abusive family dynamics. Sisters Sierra and Bianca Cassidy sound sweet on the surface, but the song is stalking you.

This female Japanese blackened doom trio channel crawling despair with a consistent bleakness. At almost 7 minutes, this track is exactly what the title says it is. Vivian Slaughter can really moan like her soul is in peril.

42. The Stench of Dead Horses on My Breath and the Vile of Existence on My Hands—Gnaw Their Tongues (2009)

Dutch musician Maurice de Jong is known in the black metal world for long poetic titles and soundscapes terrifying enough to match them. Prepare to have your ears and eternal spirit pulverized.

“He ate my heart, he a-a-ate my heart.” Sometimes monsters are the best boyfriends, which is why Halloween is better than Valentine’s Day—at least in Gagaland.

Shakira’s incredibly catchy single about freeing your inner wolf was quickly transformed, intentionally or not, into a queer anthem. Take off your mask and show your real self, no matter how toothy—that’s a Halloween message for sure.

White Ring is one of the founders of witch house, a genre which is basically goth but with more electronics. “We Rot” has enough throbbing atmospheric echoes to fill any monumental tomb.

A nostalgic coffee shop folk song about lost loved ones. The creepy bit is that the singer wants to “bring em all back to life.” Remember what happened in the “Monkey’s Paw,” Feist! Be careful what you wish for there.

Ethiopian-Finnish singer-songwriter Mirel Wagner’s quavering too-innocent voice feels like it should be in a horror film. Especially when she strums those minor chords and sings lines like, “He’ll eat your flesh/and spit out the seed.”

Noise musician Pharmakon (aka Margaret Chardiet) took her own illness as an inspiration for this terrifying track, which drags and shrieks like flesh draped over a soul.

Ye and company all posture as the best/worst monster. Rick Ross and Jay-Z give it their all, but the clear victor is Nicki Minaj, who comes on as a whole house of horrors all by herself.

A catchy cracked cabaret plea for intimacy, in which reclusive oddball Will Wood begs you to strip off your skin and show him your skeletal structure.

Eilish’s distorted downbeat pop skitters into a goth background for the video’s horror movie imagery of demonic possession and disembodied hands. The answer to “when we all fall asleep where do we go” is, apparently, nowhere good.

Venezuelan electronic entity Arca teamed up with New York’s No Bra to create this vision of ethereal futuristic machine witchery. “This witch is so seductive, elective, and protective” sounds like a summoning spell.

“I’m starting to turn into someone else again.” Luis Vasquez embraces his inner werewolf with an agonized howl and much industrial hammering.

I could have expanded this indefinitely by adding horror movie soundtracks, or every goth song ever. But—like life itself!—the season must end eventually. Return to your crypts, unholy nightspawn! Or to the top of the list to listen again.