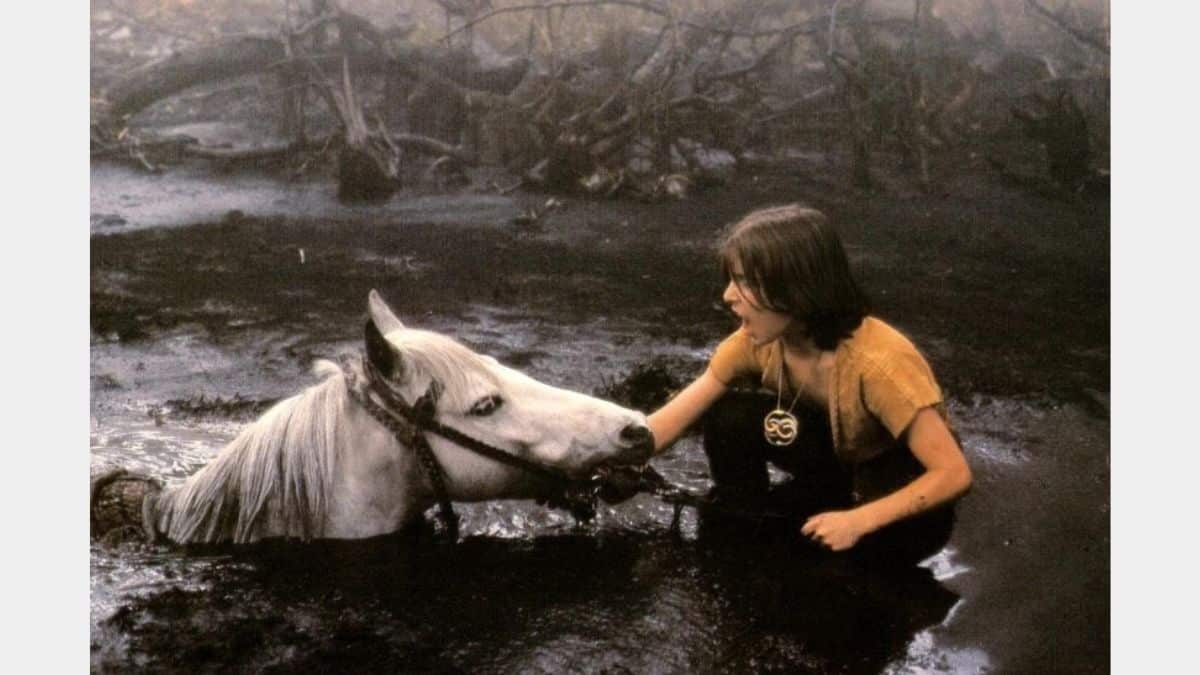 I believe we all have a story about being traumatized by a movie or television show scene. Do you have one? Redditor u/Competitive_Bid7071 asked, “80s Kids of Reddit, what movie or episode of a show traumatized you the most?”

Nobody mentioned the Indiana Jones: Raiders of the Lost Ark scene when the guy's face melts into a bloody skull. Or, most of The Temple of Doom, for that matter.

As a kid, watching the guy rip a beating heart out of a caged man's chest before lowering him into lava! Yeah, I'm adding those scenes to this list. Nonetheless, according to Reddit, these are the top-voted films and shows with traumatized-you-for-life scenes.

Xexelia26 admitted, “I had forgotten about Watership Down. That movie was animated, wasn't it?” WilliamMinorsWords answered, “My mother – well, here's a nice movie on prime time television, an animated movie about rabbits! You kids watch this as she leaves the room.”

Queasy-Discount-2038 agreed, “They just left us alone with this horror! An entire traumatized generation.” ADD_OCD said, “Yup. The bunnies being buried alive was horrible for me as a kid.” Finally, purplelicious stated, “I was looking for this. It was a cartoon, and I would watch anything animated. It scarred me for life.”

BobDoorite said, “Sounds silly now, but the first time I saw the Thriller video, it scared me when MJ turned into Monster MJ with the yellow eyes.” They elaborated, “I was pretty young. I feel like it was an extended version of the video or something. I had the album on tape and played it nonstop, but the video was too much for me then.”

WeezieDee shared, “My whole family watched the premiere of Thriller. I was so scared of the yellow eyes that I hid my face and told my parents to tell me when they were gone.”

They continued, “Of course, he turns around with the yellow eyes at the end, and I get an eyeful. I did not sleep at all that night in a cold sweat.”Shudders in Vincent Price's laugh.

John_SpaGotti admitted, “I saw Neverending Story in the theater. And I was CONVINCED that the wolf was under my seat and spent the entire movie terrified.” Another user, quixoticdancer, said, “Lots of stuff difficult for a kid to process in that movie. The horse giving up in the swamp stuck with me.

People shouted out, “ARTAX!!!” And they admitted to suffering severe trauma from that scene. Then, pater-Familias added, “Or the antagonist being an existential threat called The Nothing.”

Redditor khogue76 said, “Twilight Zone: The Movie. The goblin thing on the airplane's wing me.” User orangina_it_burns added, “That's a remake of that story too – in the original, the passenger is Bill Shatner!”

Several users agreed that the movie seriously freaked them out as a kid. For example, Redditor pjabrony quoted, “You wanna see something really scary?” Another replied, “Let the midnight special…….” As an adult, it's scarier that John Landis killed three people making that movie, and nothing happened to him!”

Finally, OppositeofMedium shared, “It's incredibly upsetting. There's a series on the Shudder app called Cursed Films, and Twilight Zone: The Movie is one episode. They lay out all the decisions that led to that accident, and it's criminal negligence.”

Reddit user pinpunpan nominated “The episode of Diff'rent Strokes with Gordon Jump, and I was around Arnold's age at the time.” BigLoveMirage agreed, “For real. Dudley getting touched by the bike shop owner was terrifying.” Marjorine22 admitted, “It creeped me out for years to come.”

They elaborated, “Watching it with my mother sitting there and then her using the opportunity to chat about the dangers of child predators? Pure terror.”

ScoutFinch70 added, “Also, the Little House on the Prairie episode where the girl gets raped by the guy wearing a clown mask. Good Lord!” Finally, sasspool agreed, “That was so upsetting on so many levels. Victim blaming. Gossip. Violence. Even Albert wanting to step up and run away with her makes my heart ache.”

Redditor beachluvr13 said, “Pet Sematary. I slept with my light on for a month! Also, I took the movie out of the VCR and put it outside. I did not even want it in the house.” DorisGetsHerOats brought up “The Achilles heel scene.” Complete_Fisherman_3 added, “Yep, the sick lady and the leaking eye still gives me the chills.”

Several people quoted Cage, “I want to play with YEWWWW!” While others admitted that they still can't watch that movie to this day. Finally, fletcherkildren quoted the film, “Sometimes dead is better.”

MidwestAbe admitted, “When those people turned into Lizard People, that was it for me.” They continued, “I remember being scared and then more scared because my parents forbade me from watching it. So I had nowhere to go with my terror. I just sat in my bed and freaked out.”

Another user, narvolicious, exclaimed, “The infamous lizard baby birth scene is what got me!” Finally, fbibmacklin said, “It was twins, remember? One looked like a lizard baby. The other looked normal. And then it opened its mouth, and you realized it had a forked tongue!”

They shared a fun fact, “Robert Englund played a good guy alien named Willie. He would become slightly more famous when he took a role in Nightmare on Elm Street and played this guy named Freddy.”

Redditor speedincuzihave2poop admitted, “There was a film series back in the day I discovered when I was a teenager called Faces of Death.”

They elaborated, “It showed real people fighting for life on video and could be pretty shocking for the time being. I think there were at least three of them. It could be more; I don't remember now.”

DelcoPAMan exclaimed, “Right? “Banned in 53 countries!!” Redditor aunt_cranky admitted, “I specifically avoided those because they seemed sort of tabloid sketchy to me.”

They concluded, “The driver's Ed movies about bad car accidents were enough to make me a neurotic driver.” Redditors agreed that driver's ed movies, including Red Asphalt and Wheels of Agony, were messed up!

Redditor xtingu stated, “The Day After screwed me up pretty good.” Tonythecritic agreed, “Messed our entire generation up pretty good.” User diente_de_leon shared, “So after we watched this, a car hit a transformer in our neighborhood. There was a big boom, a flash, and the power went out. We were terrified.”

Finally, Hehateme123 shared, “Fun fact, Ronald Reagan watched this, and it convinced him to enter arms reduction talks with the Soviets.”

Cantaff72 admitted, “As a kid, Poltergeist scared me. After that, I was terrified of the large trees in my backyard for several years.” SilverSnapDragon added, “To this day, static on an old CRT TV gives me serious heeby jeebies.”

Another user, iquidcarbohydrates, said, “Oh wow, the monkey, so many nightmares. Then it was in Toystory!!! And the clown! That movie! Finally, themisprintguy explained, “The thing about that movie is there's SO MUCH to be afraid of that's real.”

Did these Redditors get it right? Check out these top 15 scary movies for more screams!