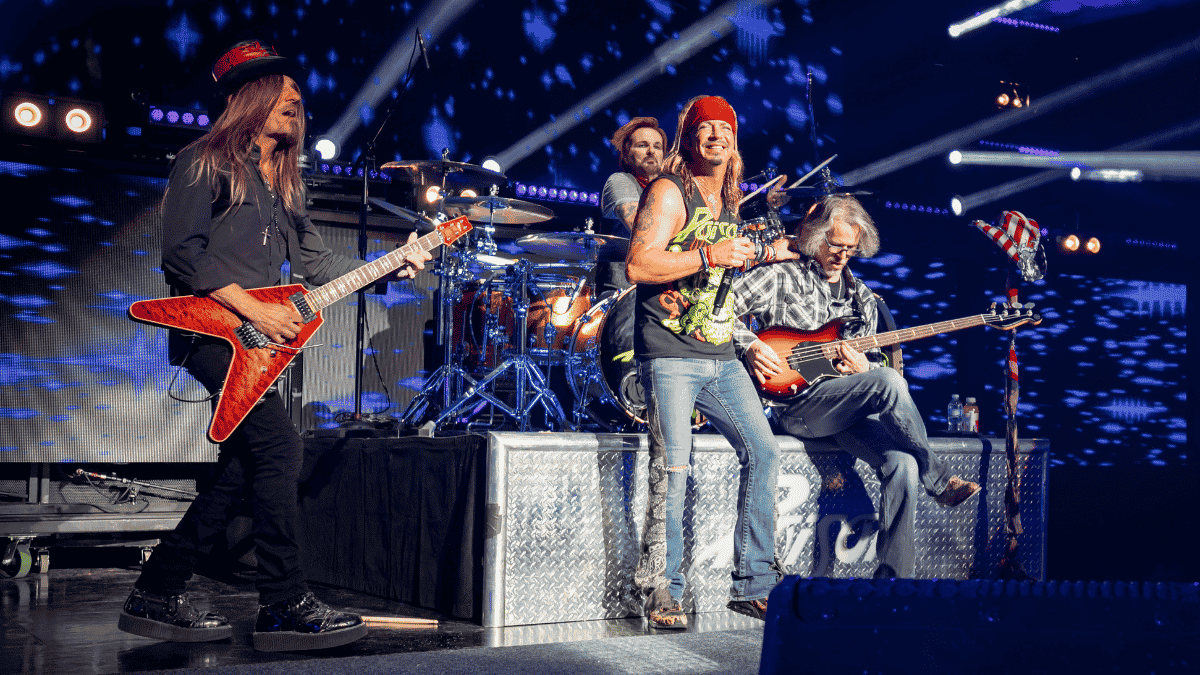 The '80s were an interesting time in music history. Reagan was in office, MTV shaped pop culture, and “Hair Bands” were all the rage. Covered in makeup, acid-washed jeans, and huge hair, these musicians ruled the airwaves, but what have they been up to the past four decades, and where are they now?

Vince Neil, of Mötley Crüe fame, began touring as a solo act in 2022 and is also set to join other 80's popular bands on a stadium tour later in the year. He also starred in a TV commercial for a questionable brand that confused fans as he and his bandmates recently sold their entire catalog to BMG, which was reportedly valued at around $150 million.

The longtime Rolling Stones frontman, Mick Jagger, just can't stop rolling. Earlier this year, Rolling Stone magazine announced their upcoming summer tour, “Sixty,” celebrating 60 years together. Mick Jagger and bandmates Keith Richards and Ronnie Wood will be putting on shows throughout Europe. At almost 80 years old, Jagger seems to be keeping young by getting out and keeping his 2.5 million Instagram followers in the loop with his escapades.

Solo artist and one-time Black Sabbath member Ozzy Osbourne has had his fair share of struggles. After recovering from his well-known substance abuse issues, the 73-year-old singer has seemingly been dealt consistent blows with his health, making touring difficult. Osbourne is still married to his wife, Sharon, and is expecting his first grandchild as his son Jack's wife is pregnant.

You may remember Sebastian Bach as the lead singer of the band Skid Row. Bach, whose real name is Sebastian Philip Bierk, ventured out on his own as a solo artist in the late '90s before appearing in multiple reality shows, getting into acting, and writing his autobiography. His old band is still making music, but unfortunately, it seems Bach won't be joining them.

After securing a Las Vegas residency at Park MGM's Dolby Live over the summer of 2022, they had to cancel the first two months before it kicked off. Sadly, it's been recently reported that Steven Tyler returned to rehab after relapsing. Hopefully, the time off will allow 74-year-old Tyler to focus on his health.

Co-founder of the band Van Halen, Eddie Van Halen, passed away in 2020 from what was reportedly a stroke with multiple additional medical conditions. After battling cancer for almost two decades, Van Halen was surrounded by his loved ones when he lost his fight at age 65. While his life was cut short, he managed to amass a $100 million fortune throughout his successful career.

Bret Michaels, the lead singer of the band Poison, jumped off the stage and onto the small screen where he starred in VH1's popular reality show “Rock of Love” for three seasons. Diagnosed with Type I diabetes at the age of six, Michaels is no stranger to overcoming health struggles. After recovering from a severe car accident in the mid-nineties, in 2010, he went on to experience an emergency appendectomy, brain hemorrhage, stroke, and surgery to repair a hole in his heart, all within a few weeks.

It appears Michaels won't let anything hold him down – he released his autobiography in 2020 and continues to make guest appearances on television.

The Irish philanthropist and lead vocalist of the band U2 keeps himself busy with the various charitable organizations and foundations he founded, acting, and even producing movies. Yet, he still makes time to spend with his A-list celeb friends, politicians, family, and bandmates.

Famous for being the lead singer of Guns N' Roses, Axl Rose never expected his band to get back together. Instead, rose, whose real name is William Bruce Rose, Jr., reunited with bandmates in 2016 to headline Coachella, began touring again in 2020 and released new music in 2021.

Kristin Stones is the founder of Cents + Purpose, an online community dedicated to sharing practical personal finance content. Her mission is to equip women with the necessary tools and knowledge to take back control of their money and live a more purposeful life. She creates actionable content to help her audience achieve financial wellness using her simple approach to managing money - all learned through her personal experience of paying off almost $55,000 of debt in under two years.

The Future Is Bleak for These 13 Professions