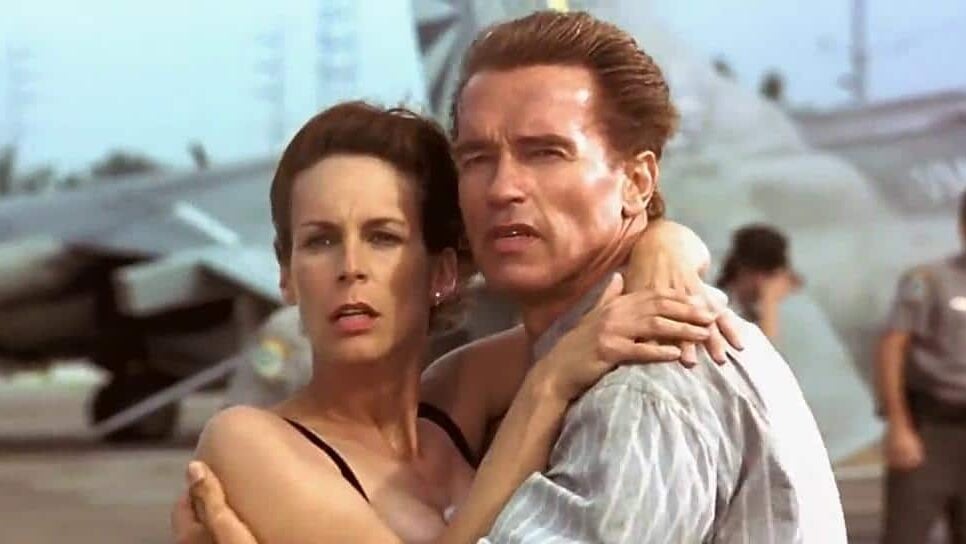 Yes, you read that right. The nineties were twenty-plus years ago, and if you're feeling old. Get in line. Redditor u/giorndog said, “90's movies that don't feel old. I'm looking for a '90s movie that looks modern and has a good plot. It must be a film ahead of its time and entertaining to watch.” Redditors responded with these nineties gems in no particular order.

The Matrix is a sci-fi action film and the first installment in The Matrix film franchise. It follows computer programmer Thomas Anderson, under the hacker alias Neo who uncovers the truth about the dystopian nightmare reality has become.

Humans are trapped by machines using their bodies as energy sources while distracting them with simulated reality. So they are unaware. It stars Keanu Reeves, Laurence Fishburne, Carrie-Anne Moss, Hugo Weaving, and Joe Pantoliano.

The Rock is an action thriller that tells the story of a group of rogue marines who take hostages on Alcatraz before making threats if they aren't met with their demands.

They want the U.S. government to pay $100 million to the next-of-kin of 83 men killed on missions that the general led and the Pentagon denied. Otherwise, they'll launch rockets with poisonous VX gas to wipe out San Francisco. It stars Nicholas Cage, Sean Connery, and Ed Harris.

Titanic is a 1997 legend that closely followed the details surrounding the maiden voyage and sinking of the RMS Titanic. However, it also follows a fictionalized love story between two young people (Kate Winslet and Leonardo DiCaprio) from different social classes.

James Cameron spent a significant amount of time ensuring the accuracy and detail-oriented recreation of the ship. It's often hailed as one of the greatest romances in film history.

Saving Private Ryan is an epic war film following a group of United States Army Rangers searching for a paratrooper. Three of his brothers died in action, and they set out to prevent his mother from being handed another flag and burying her last son.

Yeah. It's a tough one. The depiction of the Normandy landings in the Omaha Beach assault is graphic. Side note: I saw this film with my father in the theatre. After the movie, there was an older man with his veteran cap on and tears down his face. He said it was exactly like that.

He couldn't believe the accuracy. It was gut-wrenching devastation that sits with me even as I type this, but also a testament to the film's quality.

Sleeping with the Enemy is a psychological thriller that follows a young wife (Julia Roberts) trapped in an abusive marriage in total isolation. She fakes her death to get away and establishes her life with a new identity. However, her husband discovers her betrayal and hunts her down. The music is chilling.

Double Jeopardy is a crime thriller film that follows the story of a woman (Ashley Judd) who wakes up on a boat covered in blood and with no memory of what happened. As a result, she goes to jail for his murder.

She unwittingly entrusts her son's care to the woman having an affair with her husband and living large on the $2 million life insurance. So after discovering that her husband had faked his death, she couldn't do anything. But after she gets out, she can kill him using the procedural defense known as double jeopardy.

Based on the 1982 Stephen King novella Rita Hayworth and Shawshank Redemption, it tells a scarier horror story. The Shawshank Redemption tells the story of Andy (Tim Robbins), a man wrongfully imprisoned for the murder of his cheating wife and her lover.

However, he builds a friendship with a fellow inmate who knows how to get things in prison, Red (Morgan Freeman). Andy makes the most of his time and helps educate prisoners while ensuring they still experience life despite their current condition. “Get busy living, or get busy dying.”

True Lies is a spy action comedy that follows U.S. government agent Harry Tasker (Arnold Schwarzenegger), who hasn't been honest with his wife Helen (Jamie Lee Curtis) about his career.

Under strange but comical circumstances, she gets pulled into his spy world. They're taken hostage and must work together to escape and save their daughter.

Demolition Man is a sci-fi action comedy that follows police officer John Spartan (Sylvester Stallone) and a dangerous criminal (Wesley Snipes) battle through the decades. After being found guilty in a failed attempt to rescue hostages, John is cryogenically frozen alongside Phoenix.

However, after Phoenix is thawed for a parole hearing in 2032, he escapes and immediately wreaks havoc in a futuristic world where guns are only in museums. Society has changed, and all crime scarce. Unable to deal with Phoenix, the authorities awaken Spartan to help capture him. Co-stars Sandra Bullock, Benjamin Bratt, and Rob Schneider.

Jurrasic Park is the first movie in the Jurassic film franchise and still holds up well today. Some Redditors argued it is the best of the bunch, including the Jurassic World films. It gave us an incredible backstory to how they recreated dinosaurs but also scared the living daylights out of us with giant teeth and monstrous roars.

It is an iconic film that follows the park's systems failing, and how the people on the island handle the obstacles they face in the individual situations they find themselves in.

Did these Reddit picks answer the original poster's request for 90s movies that don't feel old? Check out these other 90s films that every teenager needs to see.

Retiring in the Terrible Market: Should Americans Be Buying Gold With Their 401(K)?

10 Professions That Get Zero Respect For Good Reason