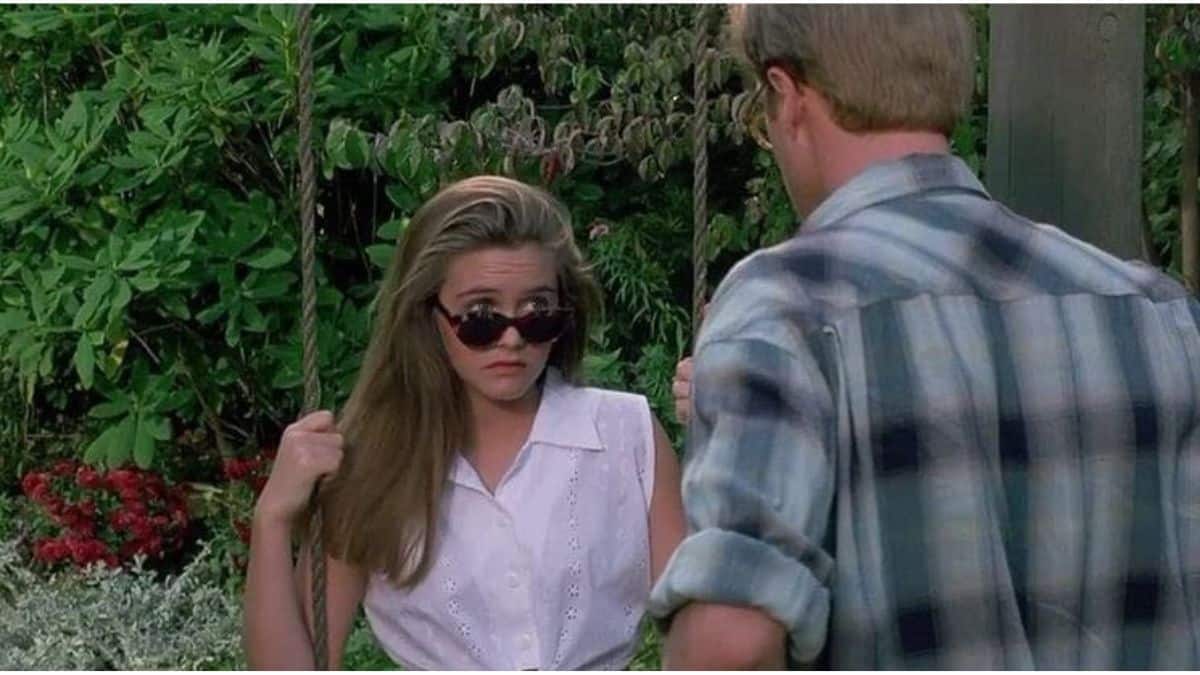 Are you ready to explore some fantastic thriller films from the nineties? We got you covered. After a Redditor asked for classic 90s movies, I jumped in to pull these ten incredible thrillers guaranteed to bend the mind and cause your spine to tingle. Enjoy!

The Crush is a psychological thriller and Alicia Silverstone's film debut. She plays an obsessive 14-year-old who sets her eyes on a 28-year-old writer (Cary Elwes) renting her parent's greenhouse. However, he refuses her advances, and she becomes outraged with his rejection and starts attacking his property and loved ones. “What's the matter? Haven't you ever seen a Valiant before?”

Based on Stephen King‘s novel, Misery is a psychological thriller following an obsessive and psychotic Annie (Kathy Bates). She rescues her favorite author (James Caan) from an accident in a blizzard and holds him captive in her home. There, she tortures him and forces him to write a new book about her favorite character, Misery. “I'm your number one fan!”

Teaching Mrs. Tingle is a teen black comedy and thriller following a trio of seniors in high school who must prove they didn't cheat on their exams to their vindictive history teacher (Helen Mirren). It stars Katie Holmes, Marisa Coughlan, Jeffrey Tambor, and Barry Watson. “Even the innocent sometimes burn at the stake.”

Fear is a psychological thriller following a teenager (Reese Witherspoon) from an affluent family whose life is threatened after getting involved with a dangerously obsessive young man (Mark Wahlberg). After her father attempts to prevent him from seeing her, things turn psychotic quickly. “Everybody says one thing and then does another.”

The Game is a 90s thriller movie following a wealthy investment banker (Michael Douglas) whose brother (Sean Penn) gives him a mysterious gift voucher for a game offered by a company that promises to change his life. However, participating in the game causes lines to blur, and he soon discovers a giant conspiracy. “Discovering the object of the game is the object of the game.”

Cape Fear is a psychological thriller following a violent statutory rapist (Robert De Niro), released after fourteen years in prison and his plot for revenge. He blames his former public defender (Nick Nolte) for imprisonment due to unethical defense tactics and evidence suppression. So he inserts himself into his daily life and terrorizes his family (Jessica Lange and Juliette Lewis). “If you hang on to the past, you die a little each day.”

8mm is a neo-noir psychological thriller movie following a private investigator (Nicholas Cage) who dives deeply into the world of snuff films after a widow (Myra Carter) hires him. She found a snuff film among her late husband's belongings and needs to know if it's real or not. It stars Joaquin Phoenix, James Gandolfini, and Peter Stormare. “If you dance with the devil, the devil don't change. The devil changes you.”

Blink is a neo-noir thriller following a young musician (Madeleine Stowe) who, after being blind for 20 years, has a new surgery that restores her vision. However, she suffers from vision flashes and believes she witnessed her neighbor's murder. But after contacting the police is uncertain until the killer begins stalking her. “The last time I looked, I was a little girl. And I… I blink, and I look like my mother.”

We hope you enjoyed this Reddit pick list of 90s thrillers. Check out these additional thriller mystery films from the 90s!