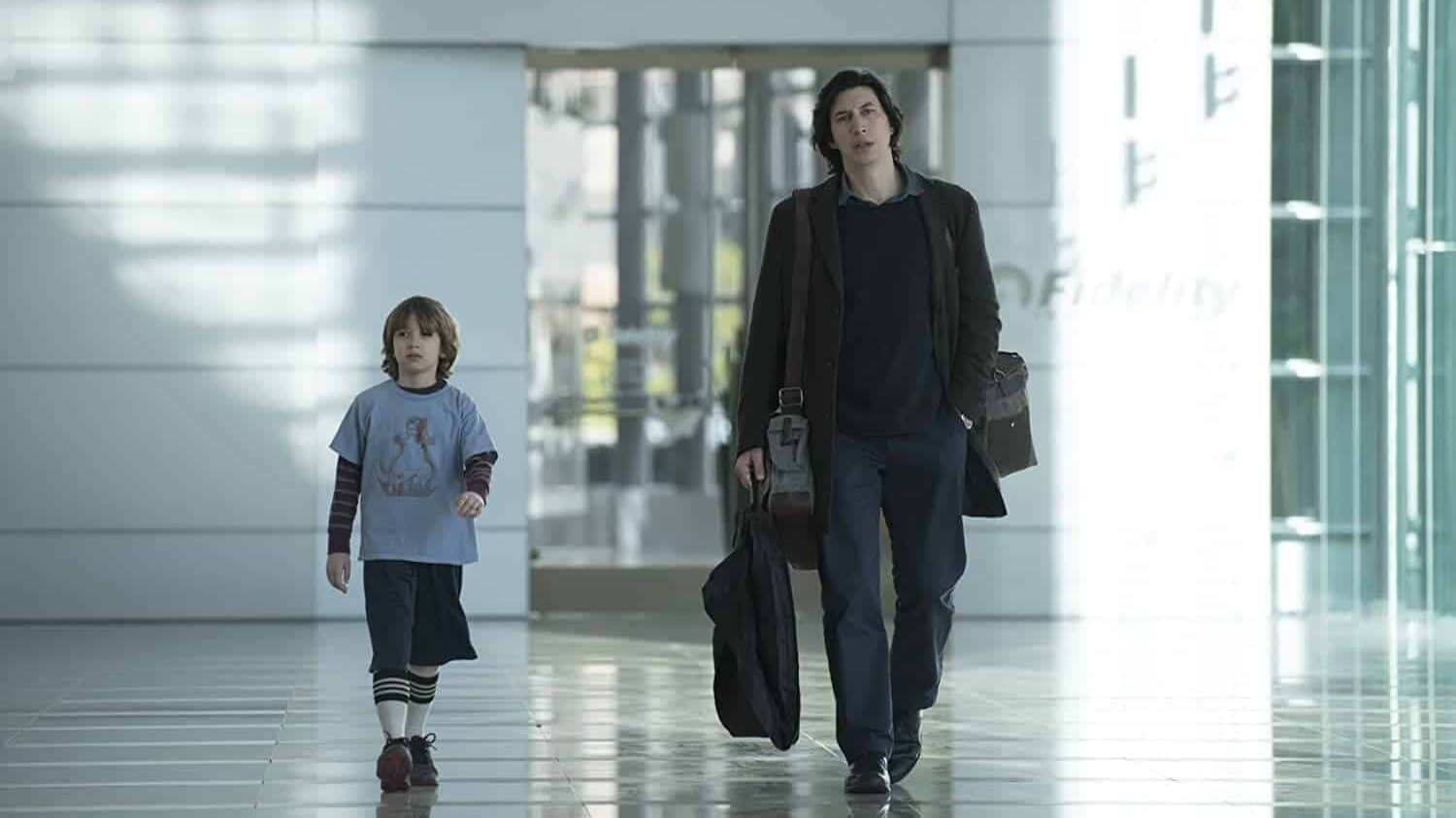 Back in 2019, Adam Driver reigned supreme as the Internet’s Boyfriend. He is a social media star despite having no internet presence himself.

We might not be able to agree about the end of the Star Wars franchise, but I bet we can agree that Adam Driver is a powerhouse. Here is a list of Adam Driver’s best roles – so far.

Out of all the films that Adam Driver has been in (and I’ve seen them all), this tops the list for me. Driver plays a Jewish cop who goes undercover as a white supremacist to infiltrate the KKK.

It’s a compelling film with a stand-out performance from John David Washington, who portrayed real-life Colorado Springs police officer Ron Stallworth. While parts of the film are quite humorous, the story is poignant and gut-punching.

If you’re looking for a thought-provoking movie, then Spike Lee’s BlackkKlansman is your best bet.

Driver flexes his subtle sense of dry humor alongside Bill Murray in this truly bizarre film. If you love zombies, meta film experiences, quote-worthy one-liners, and breaking the fourth wall — then this is the film for you.

Honestly, I’m one of like four people I know that saw this film, and I’m dying to be able to quote it more often. It pairs nicely with a glass of “Chardonnay.”

If you were on social media during awards season, you’ve likely already seen some of the best scenes from this film. Driver delivers a powerful performance, running the full gauntlet of emotions throughout the story.

Director Noah Baumbach’s incisive look at a marriage falling apart is sure to move you to tears. It’s raw, it’s real, and it showcases Driver’s talents alongside Scarlett Johansson.

4. Kylo Ren/Ben Solo – The Force Awakens, the Last Jedi, the Rise of Skywalker

If you’re reading this, then you’ve probably already watched the Star Wars sequel trilogy. If you haven’t, then you can catch all three films, as well as the entire Star Wars catalog, on Disney+. Adam Driver plays Kylo Ren with depth and dedication that made him an instant fan favorite.

Despite having a limited dialogue in The Rise of Skywalker, he shows the duality of Kylo Ren/Ben Solo with ease. If you’re looking to watch just one tonight, pick The Last Jedi. Kylo Ren has character growth, phenomenal dialogue, and arguably the best fight sequence since the Duel of the Fates.

Note: You can get a free month of Disney + with this hack.

In a film inspired by real events, Driver plays Daniel Jones, the senate staffer tasked with investigating the CIA’s interrogation practices on suspected terrorists in the years following 9/11.

As he discovers the depth of the CIA’s use of torture, he is faced with the dilemma of how to expose the truth. If you enjoy political intrigue, you’ll love The Report.

Bonus: Adam Driver’s wife, Joanne Tucker, has a small role in this film.

Ironically, Driver’s character Toby is a director struggling to produce a feature film about Don Quixote. Terry Gilliam began working on this film in 1989, but he faced various financial issues and wasn’t able to secure financing until 1998. Despite numerous attempts to produce the movie, he couldn’t start filming until 2017, nearly three decades from its inception.

A highlight is watching Driver act opposite Jonathan Pryce’s cobbler-turned-Quixote, as they were both nominated for Best Actor in separate films recently. Overall, it’s a strange film, with twists and turns and an attempt at retelling the classic tale of Don Quixote.

It’s just like Ocean’s Eleven if Ocean’s Eleven were set in North Carolina and involved pulling off a heist at the Coca-Cola 600 race. The group is even branded “Ocean’s Seven-Eleven” in the film. Driver and Tatum make for a great brother-duo and truly make the most of this film.

If you enjoyed Marriage Story, then you’ll likely enjoy Hungry Hearts for the painful descent of a relationship. It starts with a rather gross meet-cute scenario, which frames the film like it might be a rom-com, but it’s anything but.

Driver’s Jude and Alba Rohrwacher’s Mina are two people who should not have ended up together, and yet they’re married with a baby on the way. The film has all the thriller elements and leaves the audience with a sense of foreboding at the end.

Driver portrays Paterson, a bus driver, and closet-poet, in this simple yet enjoyable story. There is no marital drama or epic battles, but rather a straightforward introspection into one man's life. As he drives a bus in Paterson, New Jersey, it follows Paterson, watching the city through his windshield day after day.

He supports his wife in her daily endeavors, and she is equally supportive of his love for poetry. The ending of the film is quietly profound, as Paterson is gifted with a blank notebook. It may not be a riveting film, but Driver excels at capturing the heart and soul of the message. Art is everywhere around us, and it doesn’t have to be flashy.

Driver plays Jaime, one half of the free-spirited hipster couple who inspires middle-aged filmmaker Josh Srebnick (Ben Stiller) and his wife Cornelia (Naomi Watts) to ditch their friend group to hang with the cool kids.

It’s another Noah Baumbach film, but this time a fun satirical comedy that grapples with the generational divide and the reclamation of youth. The best part of this film, in my opinion, is Adam Driver covered in colorful tats and wearing an array of different hats.

I will freely admit that I watched this film for Oscar Isaac’s performance as Llewyn Davis. The Coen brothers created one of the best films of the last decade while reveling in the bleak, heart-filled folk scene of Greenwich Village in the 1960s.

Driver has a small role about halfway through the film, where he sings a ridiculous space-themed novelty song alongside Isaac and Justin Timberlake. Driver may not be the star, but this is a movie you do not want to miss.

Written by Noah Baumbach and Greta Gerwig, this black-and-white comedy follows Frances Ha (Greta Gerwig) through the perils and pitfalls of her life as a dancer in New York City.

Gerwig is delightful to watch, and she plays Frances, a relatable and awkward young woman trying to pursue her personal happiness. Driver has a minor role as her friend and brief-roommate Lev, but it’s worth watching for Gerwig.

If you’re looking for peak rom-com material, then this is the film for you. This film stars Daniel Radcliffe as Wallace with Driver playing his best friend, Allan. The story mostly follows Wallace as he navigates relationships and falls in love with Allan’s cousin, Chantry (Zoe Kazan).

It is probably one of the more accurate rom-coms to come out in the past decade; love is hard, and it doesn’t always come at the best times. It’s a great film with fantastic dialogue. And where else can you watch Kylo Ren giving Harry Potter dating advice?

I strongly recommend eating nachos while watching this film.

14. Phillip Altman – This Is Where I Leave You

Director Shawn Levy brings together Jason Bateman, Tina Fey, Jane Fonda, and Adam Driver in this dysfunctional dark comedy. As the family returns to their childhood home to mourn the loss of their father, they are forced to reconnect, share their emotions, and reminisce about their shared pasts.

Driver portrays Phillip, the youngest brother of the Altman family, who is the habitual playboy, egotistical ‘entrepreneur,’ and general human disaster. The film struggles at points to contain the larger-than-life personalities but still makes for a great watch.

Check out our breakdown of all the movies now in theaters.

10 Movies From the 80S That Aged Like Fine Wine