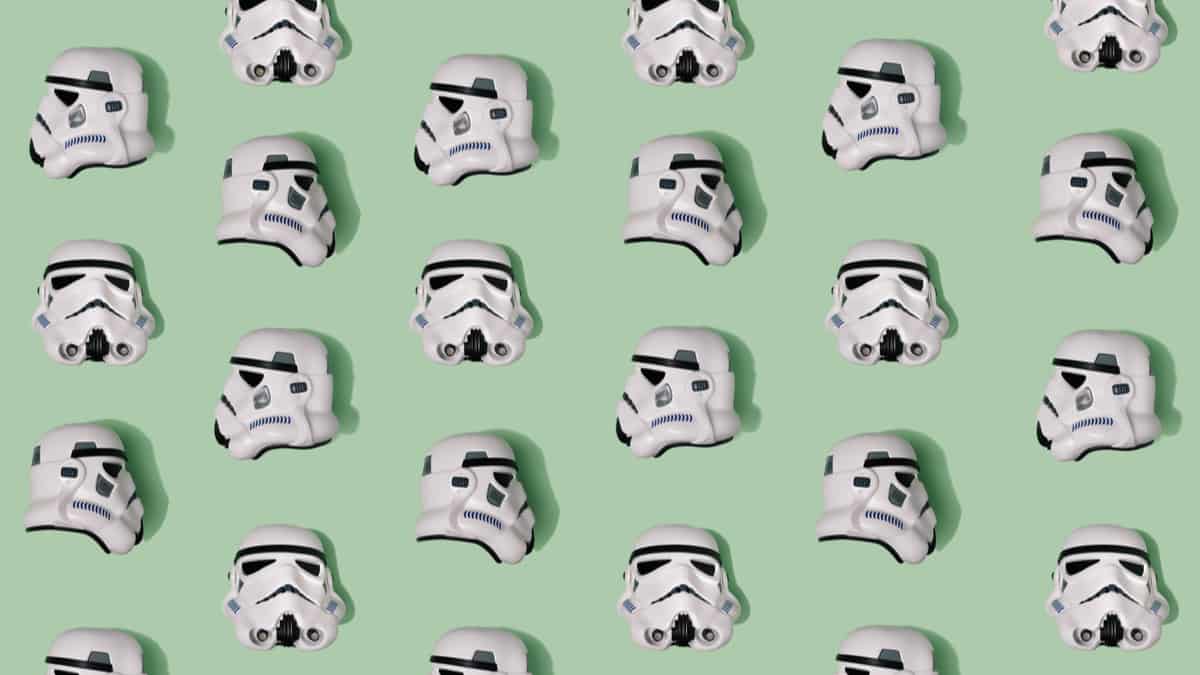 The Star Wars literary franchise is older than you might think. Before George Lucas's first Star Wars film was released in May 1977, author Alan Dean Foster wrote the first of many Star Wars books. Thus began decades of stories that expanded and enriched the universe Lucas created – stories that are still being written and published today.

Foster's 1976 film novelization and the follow-up original novel, Splinter of the Mind's Eye, paved the way for authors like Timothy Zahn and Kevin J. Anderson to create characters and narratives that built on the information the original movies provided Star Wars audiences.

Like reading sci-fi and fantasy? Do you want to dive deeper into the ever-expanding Star Wars universe through its hundreds of books? Here's everything you need to know.

When you begin your search for Star Wars books, you will immediately notice these books fall into two distinct categories: Legends and Canon. To keep things simple, what's most important to know is that Star Wars books published before 2014 fall into the Legends category. These stories were published before Disney acquired Lucasfilm and are part of an alternate story continuity overridden by Canon.

Think of Canon and Legends as two separate timelines in the Star Wars universe – Legends being an alternate history of events, if you will. Every Star Wars book published from 2014 onward is considered Canon because they both build off each other and mostly don't contradict events from the Star Wars movies or TV shows. Many of them have also started to bring back certain characters, alien races, and cultural elements first introduced in the Legends novels.

Many tales in the Legends books have since been replaced or overwritten by official on-screen adventures like The Force Awakens that tell a different story. This doesn't mean those stories are outdated or wrong. They follow a different storyline than the newer continuity.

Readers can still enjoy these books whether they are considered Canon or Legends. Remember that Timothy Zahn's original Heir to the Empire trilogy, for example, takes place about five years after Return of the Jedi in Legends but is overridden by Chuck Wendig's Aftermath trilogy in Canon. Both trilogies are worth reading; they cover events across two different timelines.

There are a lot of Star Wars books out there, so picking your first can feel intimidating. The best Star Wars books to start with depending on your general interests and the books you typically read.

Some Star Wars books have elements of romance, while others focus more on space battles and (fictional) politics. Some books and series set in the Star Wars universe, however, can be read easily without much prior Star Wars knowledge at all, which makes them the ideal entry points for interested readers.

Lost Stars by Claudia Gray takes place alongside the events of the Original Trilogy and features some familiar characters from the movies, such as Darth Vader and Grand Moff Tarkin. It's also a Romeo and Juliet-type love story between a member of the Empire and someone from the Rebel Alliance. It's a combination of familiar elements casual fans will be drawn to and new characters and lore everyone will be able to appreciate and enjoy.

Light of the Jedi

Light of the Jedi is Charles Soule's introductory novel in The High Republic era, a time period of Star Wars storytelling that's easy to dive into because you need no prior Star Wars knowledge to understand what's going on. It reads as though everyone picking up the book is new to Star Wars, which creates a perfect gateway for anyone interested in getting into the books.

However, if you're already a Star Wars fan, the beginning of The High Republic can be just as enjoyable for you. It includes familiar Star Wars elements while still feeling like something refreshing and exciting, set in the same universe.

Master & Apprentice by Claudia Gray is a prequel to the Prequel Trilogy of sorts. It follows Master Qui-Gon Jinn and his padawan Obi-Wan Kenobi years before The Phantom Menace as the two struggle to get along and learn from one another. The story itself stands on its own nicely, but it's an extra special treat for fans who know these characters from the movies but are more curious about their origins.

Thrawn by Timothy Zahn follows an exile who joins and quickly rises through the ranks of the Galactic Empire prior to the original Star Wars films. Because Thrawn learns about the Empire and its objectives as the story progresses, and it's told mainly from his perspective, readers make discoveries along with him – so you don't need any deep Star Wars knowledge to know what's going on.

Zahn has multiple Thrawn trilogies across both Canon and Legends, and his Thrawn Ascendancy books are especially beneficial to new Star Wars readers. They feature a cast of characters completely separate from the familiar movie or TV characters and lean heavily into sci-fi elements that make the story a must-read for curious fans.

Don't have the time or patience to turn physical or digital pages? Star Wars now releases an audiobook version of every new novel that comes out and has done so since the Canon release schedule began. These books are more than just someone reading the text of a novel to the listener. Narrators put on epic performances that pair character voices with sound effects and music to create a Star Wars reading experience unlike any other.

But that's not all. Since 2019, Penguin Random House Audio has also been releasing full audio dramas – original Star Wars stories acted out by an entire cast of voices. So far, there have been audio dramas set before the prequel films, during the original trilogy movies, and during The High Republic era.

These might be great options for readers who enjoy listening to stories – like the traditional Star Wars audiobooks; these audio experiences also include music and sound effects along with the voice acting.

Many Star Wars audiobooks are available for purchase on services like Audible.

Where To Find Star Wars Books

Star Wars books – both Legends and Canon – are widely available in large bookstore chains and can often be requested through smaller booksellers as well. Some obscure Legends books are harder to find, but the good thing about Star Wars books is that you don't have to read them all. Even if you did, it might take a while. It's OK to start with the more common and recently printed stories – you can always go back later for the others.

You can also find Star Wars books at your local library or get them digitally if you have a library card. This goes for traditional books, ebooks, audiobooks, comics, and even Star Wars reference books. You might be put on a waiting list when finding books this way, but these services make Star Wars books available to read by more people.

There's a Star Wars Book Out There for Everyone

There are enough Star Wars books available today that there's likely something for everyone to enjoy, no matter the stories and books you prefer. Many of these stories are stand-alone narratives, which means you don't have to have read a long list of previous books to enjoy or understand them.

You don't have to read Star Wars books chronologically, and you have the freedom to choose what you read based on authors, characters, eras, and more.

More and more people are discovering Star Wars for the first time through books, and you could be one of them.

How Did Elon Musk Make His Money? He Offers 5 Tips to His Success