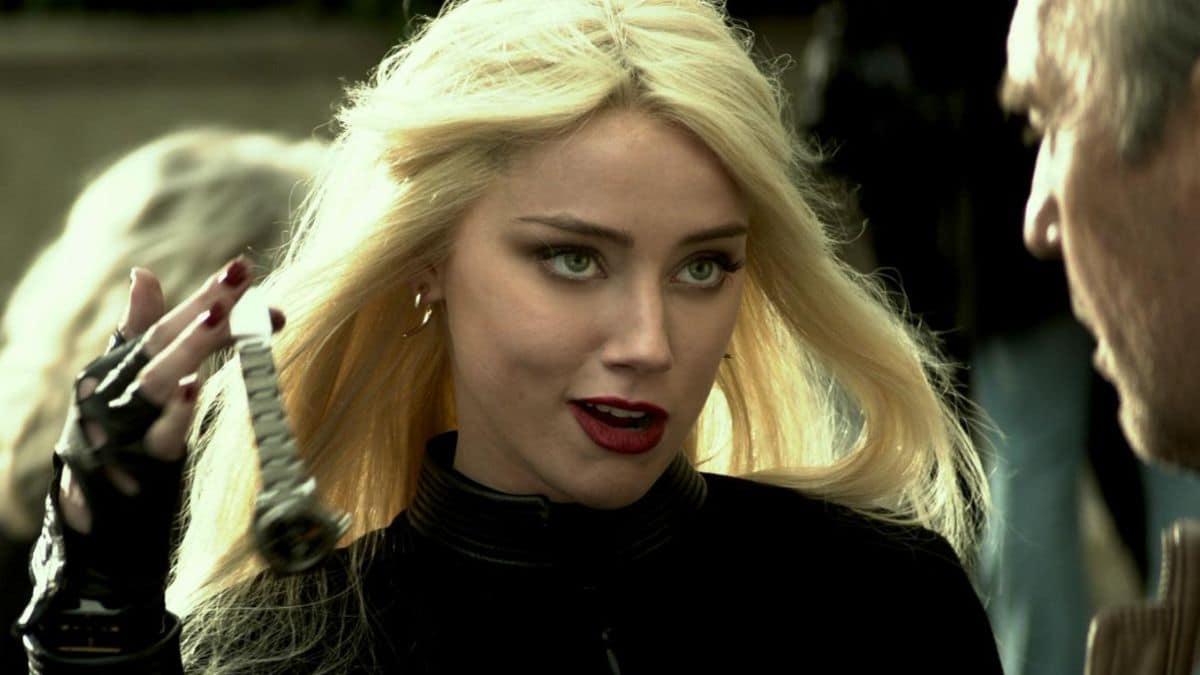 If you're an Amber Heard fan, you probably know a few of the movies on our list. If you're not, maybe you heard about her now infamous legal feud with Johnny Depp.

Either way, we're counting down the ten best Amber Heard movies to help you get to know this fantastic actress.

Aquaman is a movie about Arthur Curry, who must make a trip to Atlantis to stop his half-brother Orm from starting a war. To do this, he must find the lost trident of the first king of Atlantis.

Princess Mera accompanies him on his journey and helps him overcome the obstacles in his way. Heard portrays Princess Mera as a courageous woman willing to stand up to her family to achieve peace.

Without her, Arthur would not have been able to complete his quest. She is a true asset to the movie and brings an element of excitement and adventure.

The Rum Diary is a comedy that centers on wannabe author Paul Kemp, who gives journalism a shot after failing to sell his book. He keeps looking for alternative occupations because it is claimed that the newspaper he is hired by will soon close.

He eventually runs into the realtor Sanderson, who offers a position writing advertisements. In this book-to-film adaption, Kemp, who is just trying to get by, runs into trouble at both of his jobs.

In this movie, Heard plays Chenault, Sanderson's fiancée, who falls in love with Kemp. She does a fantastic job of giving the character life, continually lusting after Kemp but resisting temptation while she is still with him.

In a comedy like this, that is precisely what the love interest requires. The Rum Diary is a hilarious movie made even better by Heard's performance as Chenault. If you're looking for a good laugh, you should check it out.

3. All The Boys Love Mandy Lane

All The Boys Love Mandy Lane is a tale of teenage angst, jealousy, and brutal revenge. Mandy Lane is the object of desire for many of her classmates, but she remains loyal to her best friend Emmet, who is teased and made fun of by the other kids.

When one of her classmates dies tragically, Emmet is the one who encourages him to jump off the roof. The death sets a series of brutal killings in motion as Emmet exacts revenge on those who have wronged him and Mandy.

Heard shines in the title role, bringing to life a girl who is simultaneously desired by all and hiding a dark secret. Seen through Heard's expert performance, Mandy Lane is a complex character that will keep audiences guessing until the very end.

Kristen is in a tough time when she's checked into a psychiatric institution in The Ward. She quickly realizes that an eerie ghost is consuming the other patients that only she can see. Kristen must now try to protect the other girls from the monster before it destroys them all.

Heard does a fantastic job as the lead role of Kristen, bringing the protagonist to life in a way that no one else could. Dealing with a monster from a horror film is one thing, but how about one that only you can see and then have to deal with the repercussions?

She does a fantastic job of convincing the audience that she can do that, which requires a lot of talent.

In the film 3 Days to Kill, CIA agent Ethan Renner fights deadly cancer while spending his final months on earth with his family. CIA assassin Vivi Delay, however, believes he can assist her in finding her target, The Wolf, and persuades him to do so by promising him an experimental cancer medicine that could prolong his life.

However, in doing so, he puts his family at risk. Heard portrays the assassin Vivi Delay in this movie, which is crucial to the storyline. Without her, Renner would have never had the chance to battle his disease, but he also would have had fewer difficulties as he tried to make amends with his family and find The Wolf simultaneously.

Heard demonstrates that she has a soft side that shows she is not heartless and brutal enough to handle herself in any situation. This character is essential to the story because if it were not for Vivi Delay's persuading of Ethan Renner, the film would not progress as it does. Overall, she is a crucial piece to 3 Days to Kill.

Jerrod Heard plays the role of Jake Tyler in the movie Never Back Down. Jake is a new student at a school where mixed martial arts is a big deal.

After being humiliated by a bully because of his lack of training, he rapidly understands that learning MMA is essential if he wants to acquire the respect of his peers. Heard plays Jake's romantic interest in this movie as Baja Miller.

Without her by his side to encourage him, Jake might not have persevered through the challenging Beatdown event, fighting despite his injury to try to defeat Ryan.

Heard is ideal for the part since she can display sympathy when necessary while still understanding when to take a position. A movie without her wouldn't be the same.

Amber Heard's career in Hollywood has been full of excellent performances, but one that is often overlooked is her role in The River Why.

Heard plays the love interest of the protagonist, Gus, who has left the city to live in the wilderness and find himself. Gus is immediately drawn to Heard's character, and the two begin a romance. Throughout the film, Heard expertly depicts the playfulness, warmth, and passion that Gus feels for her.

While The River Why may not be the most memorable film, Heard's talent is on display. Any fan of her work will appreciate this underrated performance. 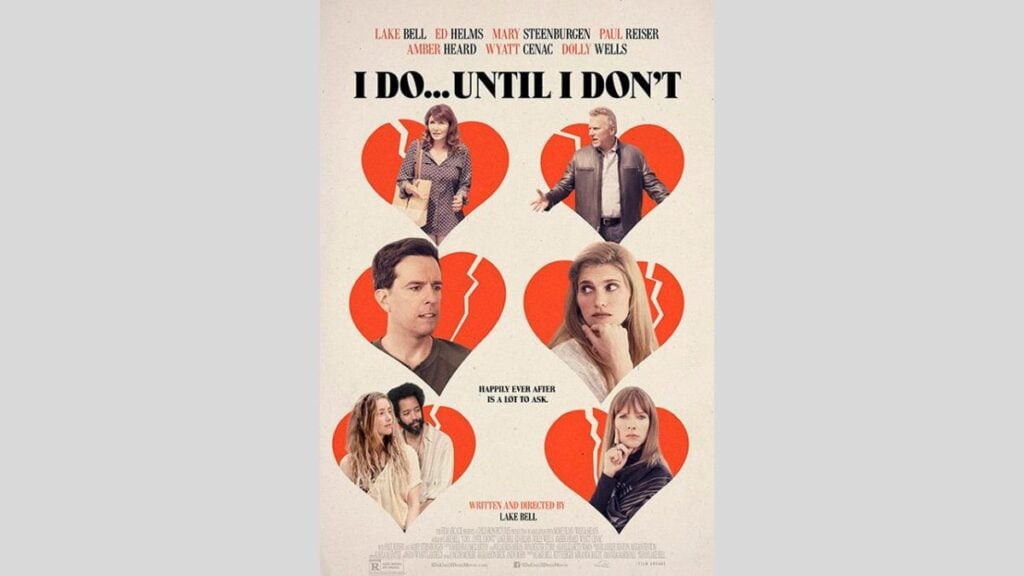 Amber Heard's role in the comedy romance film I Do… Until I Don't is subordinate to that of the actors. To argue that marriage should only be a seven-year contract rather than a lifetime commitment, the documentary filmmaker, who is skeptical about marriage, follows the lives of three different married couples.

Heard plays one of the wives in the film, and while her role is not as prominent as the other actors, she does an excellent job of showing the trials and tribulations of married life. Given that Heard's marriage to Johnny Depp was nothing short of terrible, the idea that she acted in such a film is pretty amusing.

While her role in the movie is not as significant as the other actors, it is still humorous to think that she was able to act in a movie about marriage, given her own tumultuous relationship.

Amber Heard's character in One More Time is a hard-working musician trying to make it in the business. When she is prompted to get in touch with her affluent father, who was once among the best musicians in the industry but is now old, she starts to rekindle their relationship.

The movie is about getting back in touch with family and giving your goals another chance, and Amber Heard's performance is central to this.

The Adderall Diaries is a thought-provoking examination of familial and romantic relationships. James Franco gives a nuanced performance as a man struggling with writer's block, and Amber Heard is compelling as his love interest.

The film's standout feature is its exploration of the dynamics of different kinds of relationships. The film examines how families can be supportive and destructive through the lens of Franco's character's relationship with his father.

Similarly, the character's relationship with Heard's character is complex, and the film does an excellent job of exploring the complexities of romance. While The Adderall Diaries is not without flaws, it is nonetheless an exciting and worthwhile film.

Amber Heard is a talented actress who has appeared in several excellent films. She can play a wide range of characters, and her performances are always worth watching. These ten films are some of the best that Heard has appeared in, and they showcase her talent and range as an actress. Any fan of her work should make sure to check them out.

Roth IRA vs. Traditional IRA: Which Is Right for You?