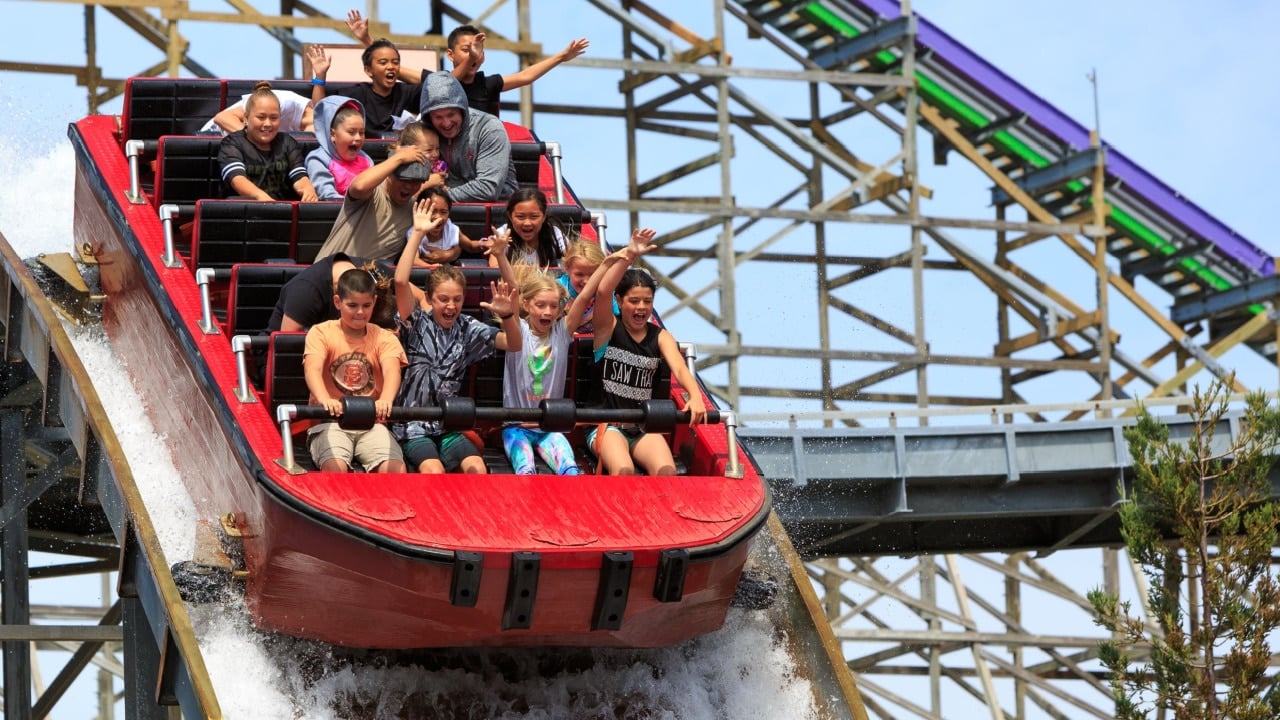 Time2Play surveyed nearly 2,000 self-described Disney World fans, and the consensus is that it's now a luxury destination and no longer affordable for middle-class families.

Fortunately, Walt Disney World is not the only option for theme park fun. Here are several regional theme parks that are considerably more affordable and perhaps even more fun than Disney-themed parks.

Season ticket holder Darius B. explains, “Silver Dollar City is a great option for those on a budget. Not only can you park for free and take a free tram ride into the park, you can also bring in your own food and drink. That is a huge cost saving, especially if you have multiple kids.

Also, if you're content with water, you can get free ice water at any food or concession stand.”

From spring to Christmas, top-notch festivals and activities are presented as the park is decorated with approximately 6.5 million lights.

Tickets to Silver Dollar City are only $79, and kids aged four and under are free.

Dollywood was voted the #1 Theme Park in the US by TripAdvisor in 2022.

There are many similarities between Dollywood and Silver Dollar City, as the parks are owned or co-owned by the same parent company.

The resort has on-site playgrounds, storytelling, a game room, and camp DW-fun summer-filled themes and activities to keep their imagination running wild.

In addition to the rides, Dollywood is also home to Dollywood's Splash Country. This waterpark will fill an entire day with fun and excitement for everyone.

Tickets to Dollywood are $89. Children under four are admitted free. Children 4-9 will need a ticket, but they are available at discounted rates.

In addition to the fun slides, there is a Captain Kidd's area and Castaway Cove where the kids can splash and play while cooling off from the summer heat.

Many Six Flags locations have Halloween-themed events, and most offer special badges or buttons that little kids can wear to let the costumed employees know not to frighten these little ghouls.

If you don't mind warming up with hot chocolate, some Six Flags locations have started decorating their parks with thousands of twinkling lights and displays for the Christmas season, Holiday in the Park.

The theme park is decorated with Christmas trees and lights, and there are even areas where children can work on fun holiday-themed crafts they can take home with them.

Rides are still open, weather permitting, during Holiday in the Park, but be warned, it will often be more chilling than thrilling.

Six Flags Tickets are only $35. Plus, there are many ways to get discount tickets at Six Flags.

At Neli's Dutch Village, you will find a traditional hand-painted carousel, swing ride, pedal cars, and a Ferris Wheel.

The buildings are designed and decorated as you would find them if you vacation in a European country.

There are also a wide variety of Dutch-themed shops at Neli's where you can purchase cheese, dutch fudge and place an order for Tulips in the spring for pick up and planting by fall.

Holland, MI, is also home to the Tulip Time Festival each spring, where thousands of visitors flock to see the brilliantly beautiful Tulips bloom.

Tickets to Neli's Dutch Village are a mere $15.

Instead of dipping into Uncle Scrooge's money bin to go to Walt Disney World, consider visiting one of these regional amusement parks. You'll save quite a bit of money and have just as much fun.

This post was produced by ChaChingQueen and syndicated by Wealth of Geeks.