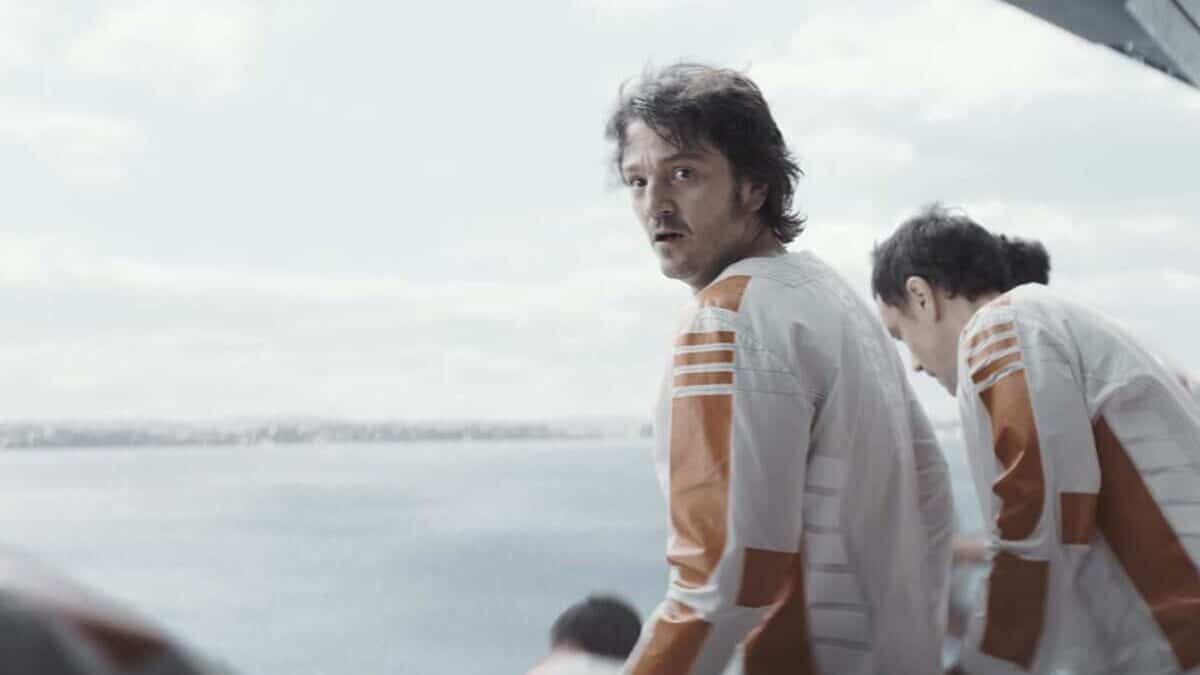 Warning: Spoilers Ahead for Andor Episode 10.

Andor episode 9 left fans knowing that something big was going to occur in the next episode, but we didn’t know just how big it would be. It is time for Cassian Andor to break out of prison – and take everyone inside with him. This leads to an all-out assault. But that isn’t the only major reveal in episode 10, we also learn of a mole who has been working secretly behind the curtain.

The Time Is Now

Andor episode 10 starts off in the Narkina 5 facility as Ulaf’s dead body is wheeled out. Cassian knows that the time to strike is now while the guards are off their game because of everything that was going on with Ulaf and with what happened on level two. Because Ulaf is gone, he needs to be replaced with another prisoner. Viewers might recall that Andor came up with a plan of how to do this while the elevator to drop off someone is in use – and that is exactly why he takes this opportunity to stir things up.

Kino (Andy Serkis) is the toughest sell. Without him on board the whole plan could fail. He takes a lot of convincing but once he is in, things fall into place. When the new prisoner is brought in, Andor struggles to release the pipe that he has been seen cutting on multiple occasions in the past, but eventually gets it. This floods the entire room and the guards shock the floor to stop the commotion. However, this causes it to short-circuit and now the prisoners have the upper hand.

Kino does his part by jumping on the comms and letting all of the prisoners know the electronics are down, the floors are cold, and they need to stop working and get out now while they have the chance. The guards know they are outnumbered so they hide while the prisoners pass along the information that there is one way out, and they climb the levels to escape.

Meanwhile, back on Coruscant, things are also getting quite intense. Davo comes to Mon Mothma with a deal that he would like to strike. Because he has been helping her get the money for the rebellion, he wants something in return. Something that feels like it comes out of left field, and would make any parents’ skin crawl.

You may recall that Chandrilan children are set up with arranged marriages at age 14. Mon's daughter, Leida is 13, Davo's son is 14. He asks for an introduction. He claims he isn't asking for Mon to betroth her daughter to his son, but once her family is indebted to his…

Of course this causes an uproar from her, and she refuses.

The big reveal of the episode comes with the discovery of a new Rebel spy. It is discovered that there is a man on the inside, a mole inside the Empire who is feeding Luthen information.

Lonni Jung is a nondescript ISB Supervisor, working with the Empire, contacts Luthen and explains to him that Meero is getting close to discovering the truth about the stolen Imperial gear. He says that the ship is bait, and that lives will be risked. Shockingly though, Luthen decides that the lives of 50 men would be worth it in order to keep Lonni’s true intentions a secret.

He believes that he needs a mole on the inside to continue the rebellion. Lonni doesn’t seem to agree. He explains that he is a dad and has been doing this for 6 years now, and he doesn’t know how much longer he has in him. Luthen doesn’t accept his resignation. He coaxes him back to the Empire by calling him a hero, and letting him know they need him.

We knew that Andor episode 10 would be a big one, but we never imagined just how big. Not only did we witness a very well-done prison break that was both intense and suspenseful, but we got a major reveal that we never expected. This show has its hits and misses, but episode 10 is easily the best of the season so far. The action was well worth the wait and even though we knew it was coming, and knew Cassian would make it out in one piece, the stakes felt real.

That was assisted by the emotions and dangers his fellow prisoners faced. We just hope that Kino finds a way to make it home as well.

With just two episodes in the season left, we hope they keep riding this high, and leave fans with something to chew on as we wait for season two to start.

1950s Super Computer Found in Basement, Your Grandpa’s Cooler Than My Grandpa

Consider These Turkey Alternatives to Save Money on Thanksgiving