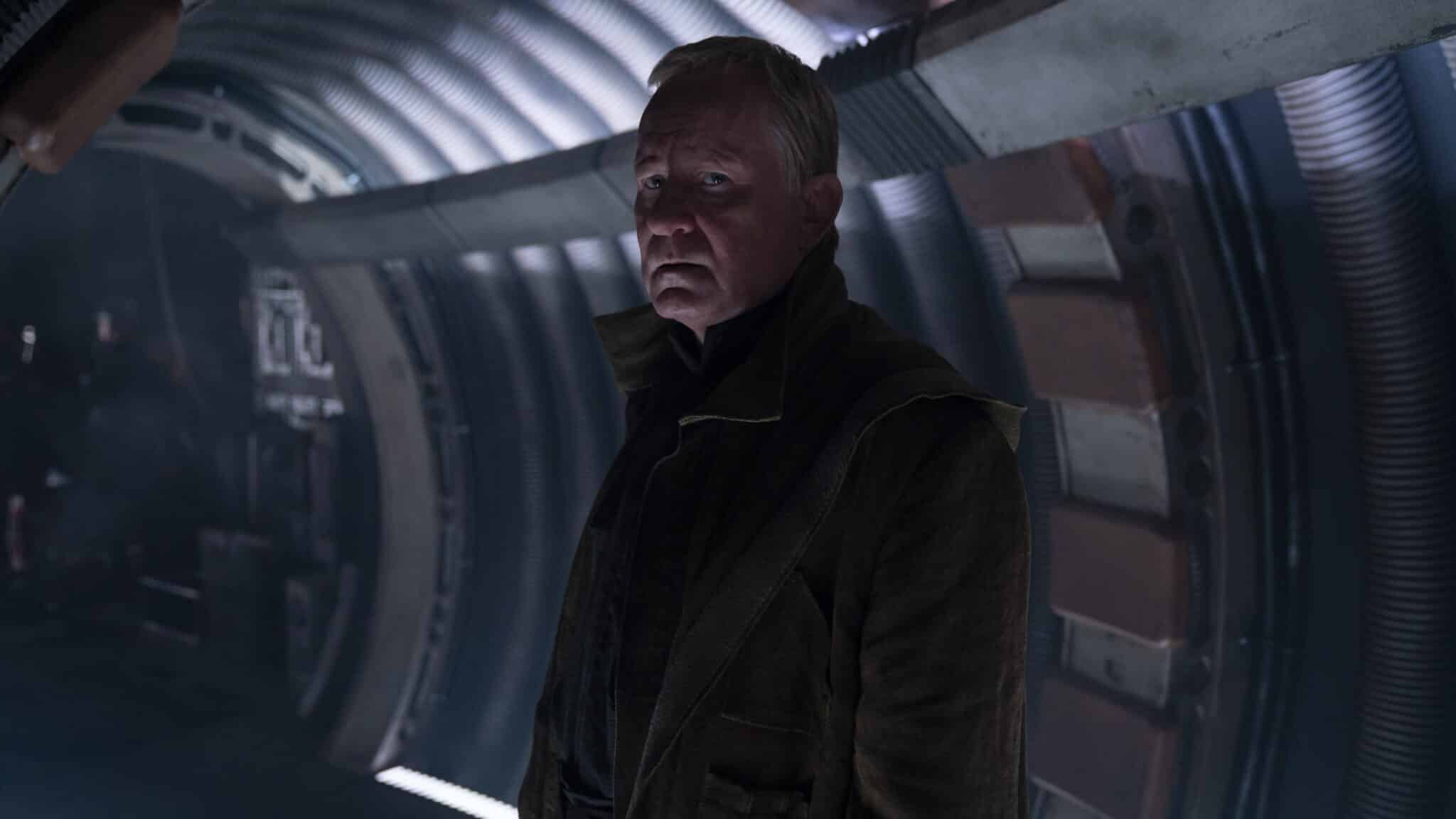 Warning: Spoilers Ahead for Andor Episode 11.

Andor episode 10 was the best yet with an epic prison break. Still, knowing there are two more episodes to go this season, we were hoping the series would continue on an upward trajectory. While episode 11 isn’t better than 10, it certainly gives it a run for its money. Viewers are given emotional moments, as well as some events that start to tie everything together.

The episode opens with Cassian (Diego Luna) and Melchi (Duncan Pow) after their escape from the facility prison. They are in a tough predicament, hanging from a cliff and not looking so good. Nothing can go easy for Cassian so of course on top of this, the natives show up and capture them. After a debate about whether or not they will turn them into the Empire, they ultimately decide to let them go – recalling how the Empire has done nothing but ruin the resources on their planet. The natives agree to take them to Niamos, where surely Cassian will want to retrieve all of the credits he left behind.

It has been clear that Maarva has not been doing well but fans learn in this episode that she has lost her battle with whatever her illness was. She has passed and a wave of emotions will immediately rush over anyone watching as they see how poor B2EMO is taking the news. The droid is absolutely devastated from the loss.

We discover that, unsurprisingly, the Empire has declared there can be no funerals. However, in hope of Cassian showing up, Dedra Meero (Denise Gough) allows Maarva’s to happen. Back on Niamos, Cassian tries to get a message to his faux mother and that is when he also learns of her passing. He tries to put on a brave face but Diego Luna’s work in this scene is exceptional as we see him struggling with his grief. It seems he will be walking right into Meero’s trap.

After speaking with Luthen’s assistant Kleya, Vel Sartha (Faye Marsay)  decides to go to Ferrix in hopes to cross paths with Cassian because of Maarva’s death. She stops by Coruscant first to see her cousin, Mon Mothma (Genevieve O'Reilly) where she learns that her niece is diving head first into the religion of their homeworld. Mon is clearly unhappy about it, especially because the teachings of the religion encourage marriage as a teenager – and we all recall that she has said no to Davo’s proposal that his son marry her in exchange for helping with the Rebel funds.

It is quite clear that Mon is still being forced to work with him, as she has no other choice or way to fix her money problems right now. She even confides in her cousin Vel, who has no way to help her.

Fans get to see Saw Gerrera (Forest Whitaker) again as he learns that Luthen is willing to send his rebels right into a trap in an effort to protect their mole – something we still can’t believe he was willing to do. Saw is extremely unhappy about this but Luthen is able to talk him down, although surely this is something that will fester inside of him. This is one of the greatest conversations in the entire series, as both actors prove why they are some of the best in the business.

We are then given a treat – a feast for the eyes space battle – in which Luthen’s ship is nearly captured by an Imperial Arrestor Cruiser. TIE fighters show up and we get to see a pretty sweet battle play out in front of us, giving us the dose of action that Andor episode 11 needed. In the end, Luthen makes it out and heads to Ferrix, also hoping to cross paths with Cassian.

Syril learned about Maarva’s death and upcoming funeral and of course, he steals money from his mother in an effort to get himself to Ferrix. So by this count pretty much every major player will be together on the planet for the final episode of season one. This is sure to give fans an all-out fight while still leaving the door open for Andor season two, which we know is coming. Will Star Wars force us all to be left on a cliffhanger? Most likely. Even though we all know how the next season must end, we need to know how Cassian got there.

This episode was done really well and had great pacing that propelled the story forward toward what is sure to be a great finale. We learned a lot and once again, even knowing what the outcome must be, Andor has been able to deliver suspenseful, high-stakes moments. We cannot wait to see what they have in store for us next week.

The final season one episode of Andor debuts on Disney+ November 23.

Glass Onion: A Knives Out Mystery — Clue Who?