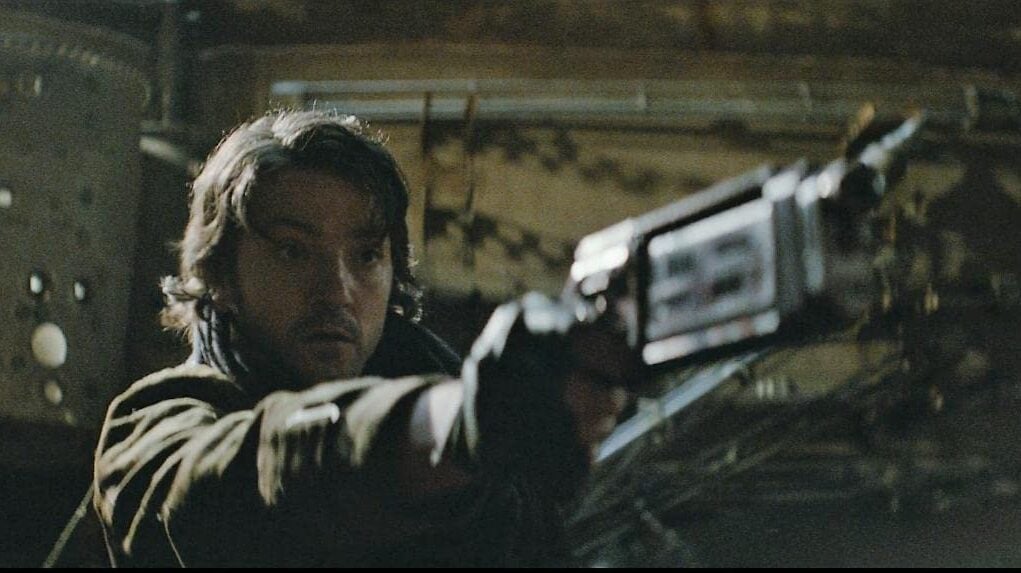 Andor season one has been Star Wars at its finest. While there has been some buzz and worry about if it can stick the landing, episode 12 has proved that indeed it can. This nearly one-hour-long episode has just solidified Andor as the best that Star Wars has to offer. The set up for a major event has been brewing the last few episodes and it all perfectly comes to a head, while leaving fans excited and eager for season two, in the finale.

The title of the episode, and what we know from episode 11, made it very clear that something huge is about to go down. Rix Road is the road that was requested to be closed down for Maarva’s funeral in the permit. Viewers also know that seemingly everyone will be coming to Ferrix in hopes of finding Cassian Andor. If there was any doubt that the Andor season one finale was going to be explosive, it is squashed in the opening scene as we see a literal bomb being built.

Quite the Set Up

Bix is still being held for questioning by Dedra Meero (Denise Gough), who decides to go undercover and take a walk around the town – no doubt on the hunt for Cassian. Cinta Kaz (Varada Sethu) goes to Vel Sartha (Faye Marsay) and lets her know she has spotted ISB agents in town dressed as locals, which means they too are looking for Andor.

Meanwhile, on Coruscant, Mon Mothma is setting up for something herself. She tells her driver that she and her husband need privacy, knowing full well that he will listen in as he is there to keep an eye on her. She accuses him of gambling again and tells him that the scariest thing about it all is she doesn’t know where he is getting the money. This is the perfect way to throw suspicions off of herself while solving her little money problem.

Back on Ferrix we learn that Cassian has arrived home, where he is greeted by Pegla at Bix’s shop, who explains everything to him. Nemik might have passed away, but his journals and memoirs were all left behind. Thank goodness too because the monologue that he delivers over scenes of a broken Andor during a storm is pure perfection. It preps Cassian for what he must do next, and while we all sort of knew what was going to happen, no one could be prepared for just how incredibly it all plays out.

The time has come for Maarva’s funeral and it starts off with a marching band going down the closed Rix Road. The music helps to elevate everything that is going on, and is sure to keep all viewers on their toes as they wait with hearts pounding to see what is going to happen. Guards line the streets with Stormtroopers as Cassian spots Luthen Rael (Stellan Skarsgård) in the crowd. The ISB is then tipped off about Cassian’s location, but Dedra puts a stop to them bringing down his cover as she wants him alive. Syril Karn (Kyle Soller) is also spotted amongst the crowd, as are Cinta and Vel. This is what the whole season has been building up to – and the ominous funeral music playing in the background is a brilliant choice.

Andor uses the distraction of the funeral to break a broken Bix out of her prison. Funeral goers and viewers are then treated to a hologram from B2EMO of Maarva, her final speech. And what a monologue it is.

She inspires the people of Ferrix to rise up against the Empire, the ISB, as she says things like “The Empire is a disease.” She encourages the crowds to fight the Empire and stop from being oppressed. This feels like the start of the Rebellion as we know it.

Following her speech, which the guards try their best to stop, a massive riot breaks out. The bomb that was being built at the beginning is thrown and for a moment, there is silence. Key players are shown so that we know they are alright as the injured move to the side. Then the Rebellion erupts even louder, proving that the people are not willing to give up on their freedom.

In The Final Moments…

Cassian arrives at a ship with a very broken Bix and several other survivors, including B2EMO. It was assumed that he would be leaving the planet with them. Instead, he leaves but promises that he will find them. He then goes to Luthen and confronts him, saying he knows that Luthen came there to kill him. Luthen answers that he doesn’t make it easy but Andor explains that he will now. He has no weapon and tells Luthen he can kill him or take him in. Even though we know what has to happen, or at least what the outcome is, it is still a heart-pounding cliffhanger to be left on.

Mon Mothma is seen introducing her daughter to the son of Tay Kolma (Ben Miles), showing that she gave in to needing his help. The gambling idea must have been his own.

A short post-credits scene at the end features bots building the Death Star in what is truly a visually stunning shot.

Andor episode 12, the season one finale, perfectly ties together everything that has been going on this season, while still leaving viewers chomping at the bit for season two to arrive. It truly has been peak Star Wars as we are treated to seeing how the Rebellion was built – and how Cassian Andor became the hero of Rogue One that we will never forget.

This episode gave us action, powerful monologues, and a whole lot of heart – something the entire season has done. Andor season 2 has begun filming, although there is no release date yet.

Inflation Is Changing Federal Tax Brackets, Will It Negatively Affect You?