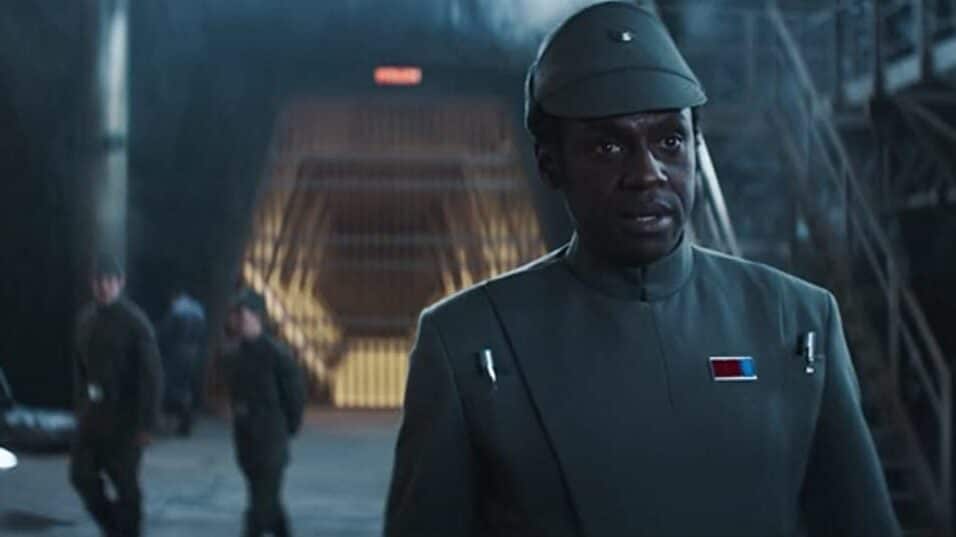 Warning: Spoilers for Andor Episode 6 Ahead

The Andor mid-season episode is here, and as fans expected, this one is extremely intense. The previous episode saw the rebels coming together to make plans for their attack, and, with less than a day before it was to start, we knew Andor episode 6 was going to give us what we have been waiting for.

The episode picks up in the calm before the storm; camp is eerily quiet the morning of the attack. The team is anxious and nervous, as they get ready to do something that could quite possibly get them all killed.

Meanwhile, the Imperial soldiers are discussing how they manipulate the people of the surrounding area. They are planning to build a new facility and their actions have forced the people to allow them to do so peacefully – or so they think. Because of the ritual of the eye, which is what the rebels are using as their cover to break in, there is a lot going on, and distractions around every corner. The celebration is loud, allowing the rebels the audio cover they need. The soldiers pretty much chalk anything strange up to the eye, solidifying the perfect timing of the plan.

As Andor alluded to earlier in the season, the Empire is so cocky that they simply do not think anything can get past them. They don’t expect rebels to get anywhere close, let alone inside their very home.

The group of rebels that is meant to infiltrate the base join the ranks and follow behind the people that are marching on the base, while the others get into position and travel to the base via swimming underwater once the coast is clear.

As the Empire remains completely clueless because they just aren’t paying enough attention, the rebels start to enact their plan. These scenes feel extremely intense, heightened greatly by the score. Hearts of viewers will be pounding as we are all on edge, waiting to see if the task can be pulled off. Of course, we all know where Andor ends up, but we do not know where his acquaintances do, leaving the door open for unexpected deaths.

Once they get inside of the building, they take captives in order to ensure their success. They go big, and immediately start to claim that if they are not given access to the vault, they will kill everyone – including a sick child who is amongst those who are being held hostage.

Cassian Andor is clearly the most calm, cool, and collected of them all. He is firm in his demands, and never once waivers or shakes. The team has prepared the best they can, but that doesn’t mean that everything will go perfectly. Things are extremely tense and it constantly feels as if at least one of the characters we have been getting to know over the last few episodes is not going to make it out of this alive.

The directing and editing join the score in making nearly every moment of Andor episode 6 an intense one. Not once does the team feel safe, and it is absolutely terrifying as we have grown to love them all. They only have so much time to pull this all off, as they are relying on the eye to cover their escape, and that makes every second that passes an important one.

As expected the rebels need to put up a fight against the Empire in order to succeed. While there is some great back and forth during the massive shootout, we can’t help but be a little disappointed it didn’t last longer.

Once Lieutenant Gorn (Sule Rimi) is discovered as the mole, his fellow officers tell him that he will hang for his treason, to which he replies he deserves much worse after what he has done. Very quickly other soldiers catch on that this is not a confidential mission at all, but an attack. This is what kicks off the battle, which just lasts for a few minutes.

The timing is tight, because of course it is or the show wouldn’t be that interesting, but the rebels are able to infiltrate the vault, load up the ship, and get out just in the nick of time to fly through the light show in the sky – which looks absolutely gorgeous, by the way. It is crazy to think that there is a large group of people looking up to the heavens during this time, and have no clue they are witnessing an escape that is setting up funds for the future of the rebellion.

Not Everyone Makes It Out Alive

Karis Nemik (Alex Lawther) is injured in the escape, but the team refuses to let him die. They do everything in their power to stabilize him, but to no avail. They try but he sadly passes away. While it was highly expected that one person would die in this episode, the second death comes as a complete surprise.

Arvel Skeen (Ebon Moss-Bachrach) confesses to Andor, aka “Clem”, that he has no brother, and the story he told him was all a farce. He tries to recruit him to take the credits and run, leaving the rest of the rebels to fend for themselves. Andor shoots and kills him without even thinking, but he does go to Vel Sartha (Faye Marsay) and demands what he is owed, while also telling her how Skeen acted.

At the end of the episode, Luthen Rael (Stellan Skarsgård) learns that the rebel attack was a success due to a visitor to his storefront, but he doesn’t know any details yet.

The mid-season episode of Andor does not disappoint, as it plays like an edge of your seat thriller from start to finish. We can’t wait to see where things go from here.

DC’s Stargirl Episode 6 Creates a Rift in the JSA

The Chronological Timeline Order of the Star Wars Movies