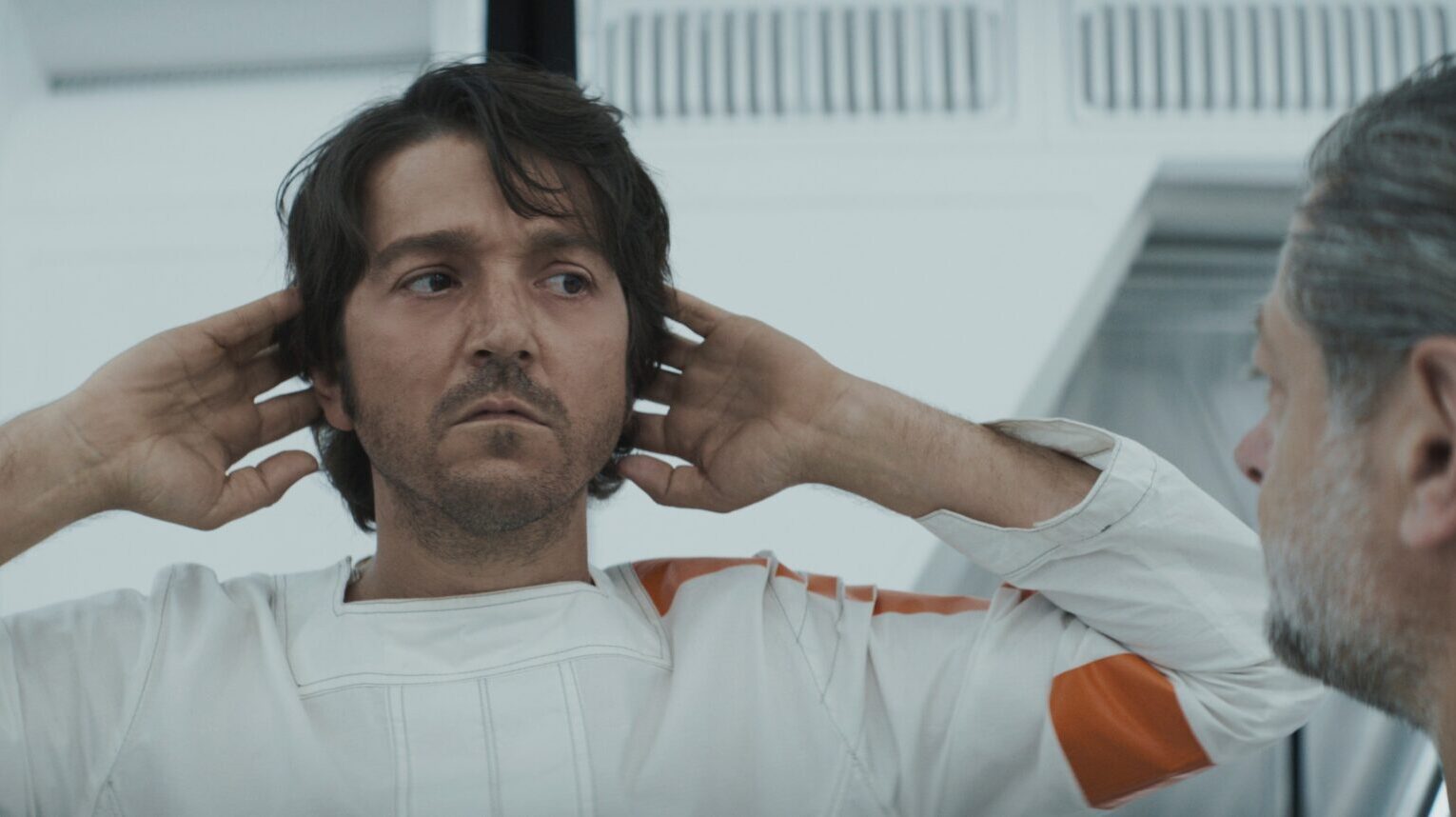 Warning: Spoilers ahead for Andor Episode 9!

At the end of Andor episode 8, our heroes were both left in pretty bad spots. Bix has been captured by the Empire on Ferrix and is awaiting interrogation, while Cassian Andor remains locked inside of an Imperial facility – one that builds KX-series droids (K-2SO must be coming soon). His captors play it off like he has freedoms but he really doesn’t. The floors shock those who don’t work fast enough and if you step out of bed at night? They shock you to death.

Those who know Rogue One know that he must be getting out at some point. When? Likely by the end of this first season of Andor.

Andor episode 9 kicks off immediately with the interrogation of Bix by Dedra Meero. Meero starts off by letting Bix know everything she has already discovered through not so moral questioning tactics. She knows that the communication radio was only ever used by Bix and that the Buyer she was working with and his partner, a woman, were more interested in the location of Ferrix and the ability to acquire stolen Imperial items than anything else.

Meero then lets Bix know what she needs from her – information on the buyer, Cassian Andor’s relationship with the buyer, and a detailed account of every piece of stolen Imperial equipment that passed through her shop. Bix immediately claims she doesn’t know the buyer, but it turns out that Salman Paak told Meero that Bix has met the buyer face-to-face at least six times. Despite all this, Bix stays strong. Seems like this interrogation is going to be a battle of the wits. Meero leaves her in the hands of what can only be described as a torturer.

The Empire is starting to connect Cassian Andor to everything. They realize he was attached to all of the stolen items. When they learn he was clean shaven after the incidents of the first episode, they think perhaps he was one of the rebels that attacked the garrison, and decide to look into it more.

Syril Karn is seen waiting outside the ISB for Meero. He thanks her for the promotion that he got at work, and tells her that talking with her made him realize that there is justice. Meero is very clearly creeped out by him, and the fact that he sat there waiting hours for her. “Are you stalking me?” (He kinda is.) Karn’s intent was to get his job back but he only succeeded in angering Meero, who tells him that if he comes near her again, she will put him behind bars.

Meanwhile, Cassian Andor is working hard to make his team the best at the building facility. He knows that the better they do, the better they are treated. During his break, we see him using that time to scrape a pipe inside the wall, likely some way that he can escape. He has teamed up with another inmate it seems as the two whisper about how they can possibly attack the guards when they are on the elevator bringing new prisoners down. They come up with a plan that they hope to eventually execute.

One of the people on Andor’s team is an old man named Ulaf whose hand is in a lot of pain. Because of this Andor switches spots with him so they can still be efficient. However, his mind is failing him too as they discuss what they are doing next and he forgets minutes later.

There is a bunch of commotion going on when they leave their shift that day, but they aren’t exactly sure what it is about. The power is reset and they don’t know why. In their cells, Andor asks the floor manager, played by Andy Serkis, if he has ever thought of escaping. The floor manager acts like he does not want to talk and Andor yells at him that nobody is listening to them and they can talk freely, but he still refuses to.

The next morning when they pass another group of prisoners in the hall, they hear about what happened to unit two-five. Both shifts, one hundred men, were all killed – fried out. The guards heard that that team was making trouble and decided it was best to get rid of them all.

At the end of the episode, Ulaf has a massive stroke. They call the medic in but he says it is too late to save him. The medic then gives him an injection that kills him. While he is there, the floor manager asks what happened on two and the medic says he needs to keep his men in line.

However, he does explain that a man that was released on four ended up on two the next day. When word got out, they killed them all. Tha manager and Andor realize that no one is ever getting released, they are just being spread throughout the facility.

When Mon Mothma is leaving the Senate, she is told that her cousin has come to see her. She arrives home and her daughter is giddy over a new dress that she has been given by said cousin. Then, we see who it is – Vel. The two whisper and Mon asks Vel what “he” has her doing, but she doesn’t answer. Vel just says things are happening and there is risk – and there is no other way.

Before Vel leaves, Mon tells her to please be a spoiled rich girl for a while. Mon doesn’t want attention on her, clearly. The two embrace and Vel tells her that they have chosen a side. She then leaves.

Mon then meets with Tay Kolma about her accounts and he warns her that there were much better ways she could have done things. He says that if they scan the accounts, trouble is coming, but he has a plan that might work. Davo Sculdon might be able to help her, but as she puts it he is a thug, not a banker. Tay says this is probably the only way, but he can keep looking if she needs him to.

Andor episode 9 is another slow-ish episode with no real action to be seen. It is clearly setting up for something big to happen soon. With a 12 episode season, and a second and final season coming, the story is being told in a way that gives viewers time to live with certain characters, and fleshes the story out. At the same time, it drags a bit.

When the focus is on Cassian Andor, the story is fantastic, but some of the other storylines are making it feel convoluted – in particular Mon Mothma’s. It is interesting, but there is no reason it needs to be given so much attention. The time spent with her could be cut in half and it would still have the same effect on the story.

With Andor and his floor manager learning that prisoners will never be released, a big breakout and fight is sure to be right around the corner. Hopefully next week will give us some much-needed action to speed things up.

Things To Do Near Tail of The Dragon

20 Coming of Age Movies From the Past 20 Years