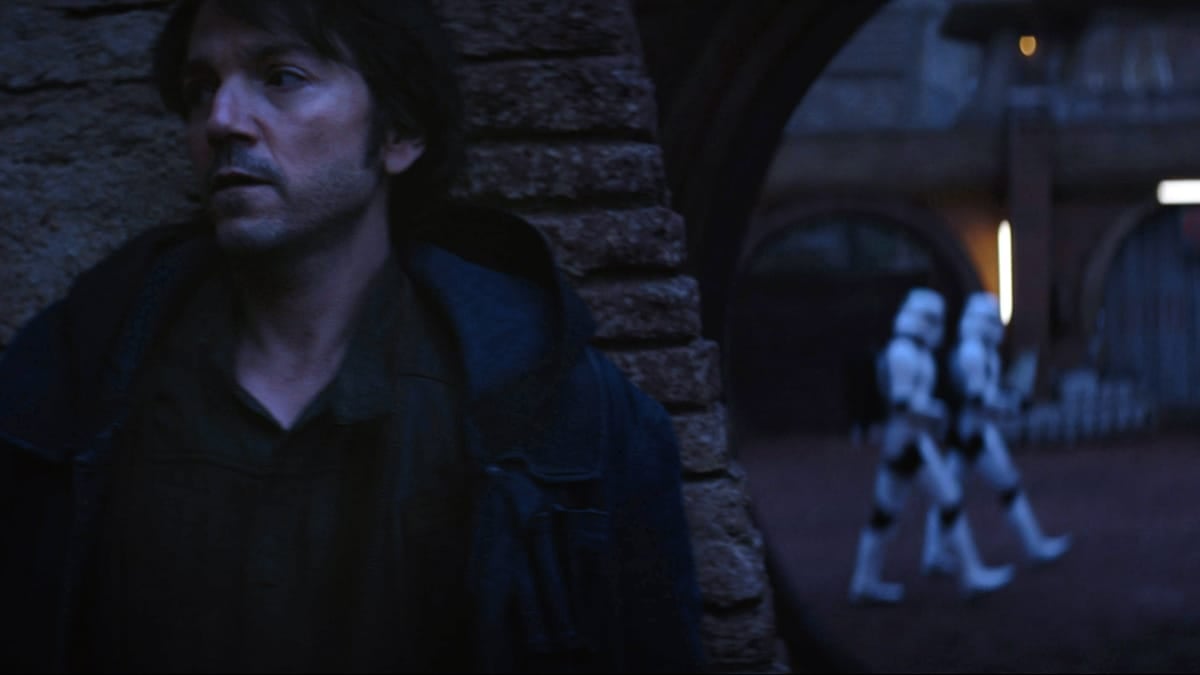 Andor has epic action sequences, an adorable new droid to fall in love with, and a truly high-stakes feel — even though we all know how things end up.

This show is peak Star Wars, absolutely blowing The Book of Boba Fett out of the water, and even rivaling fan favorite The Mandalorian.

In this show, we see a version of Cassian Andor that we have not seen before — he is not yet the rebel hero that we all know and love. Andor depicts his journey to that place and allows viewers to fully and completely understand how he became who he is in Rogue One.

Complete with flashbacks to his childhood, we learn exactly where he came from, and why he is the way he is. Get ready to fall in love with Cassian all over again (and then cry when you remember how Rogue One ends).

The good thing about these flashbacks is that they are perfectly timed. They are used to get a point across and then we go back to the current timeline. Sometimes flashbacks can cause a show to lose itself, but in Andor, they give fans the background they need to understand, and then move along.

At least in the first four episodes, there are not any scenes that slow the series down to a point where it is unbearable or drags. That said, the story is a bit of a slow burn to start. We can see why the first three will be released on Disney+ together, as it is the perfect introduction to what fans can expect from the series. They play like a ninety-minute movie and should be watched back-to-back for the best viewing experience.

Any time it starts to go the way of too much dialogue, some incredible action or a high-stakes suspenseful moment is thrown in, throwing viewers to the edge of their seats as their hearts pound. Andor is peak Star Wars, and quite possibly the best Star Wars Disney+ series of them all, should it continue down this path with the rest of this season and the next.

Diego Luna knows this character inside and out. So even though he is exploring a new side to him, it is clear this IS Cassian Andor, and it is amazing to see him back on screen. Luna is a phenomenal actor, and he makes this character likable, even when he is doing things that might be considered questionable. Getting to learn more about his childhood and the things that drive him certainly help as well.

B2EMO is the sassy and hilarious new droid that fans will see in this episode, and he is certain to become a fan favorite. There are characters we already know that will be seen throughout the series, like Mon Mothma (Genevieve O'Reilly), and of course, new ones as well. Bix (Adria Arjona) and Cassian have a past that we are sure to learn more about, and their current relationship is interesting and intriguing. Syril Karn (Kyle Soller) is a Deputy Inspector who ends up biting off a bit more than he can chew. For those viewers who love a good villain, he is it.

We already know that Andor is going to be two seasons, twelve episodes each, with a total of twenty-four episodes. Chances are the final episode is going to end off right where Rogue One starts. Executive Producer / Writer / Showrunner Tony Gilroy used this to his advantage. He already knows the endgame, and so creating something so captivating, with such a high-stake feeling, should be difficult.

Instead, Andor is intense, dangerous, suspenseful, and something that fans will be eager to come back to week to week. We cannot wait to see how Cassian gets to the early events of Rogue One.

The first three episodes drop on Disney+ September 21st, so get comfortable and spend about ninety minutes falling in love with Cassian Andor all over again!