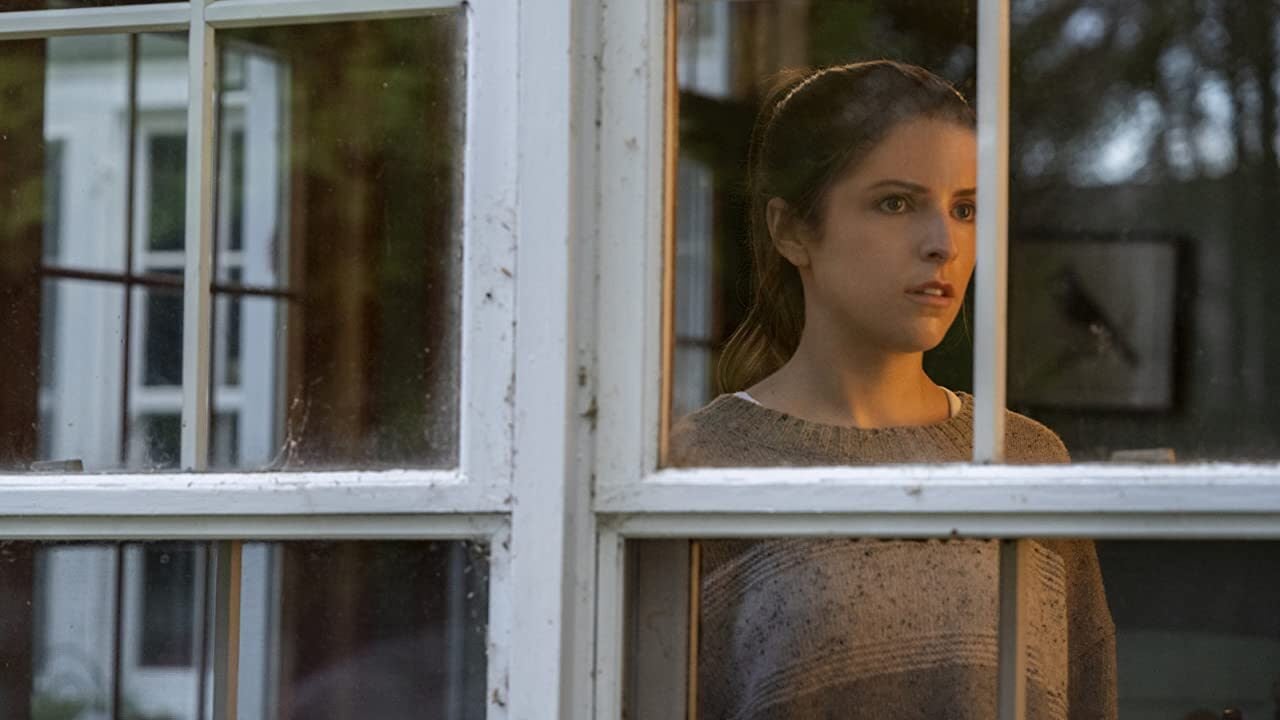 There may be a monster on the loose in Alice, Darling, but it’s not that kind of cabin in the woods movie. There’s a reason slashers are a form of escapism in themselves, and in this case an isolated home away from home is a refuge from a far more insidious form of violence that tends to exist in plain sight.

The absence of blood and gore is no guarantee of easy viewing, and the first difficult task Alice, Darling demands of us is getting to know a drowning woman. A person in survival mode tends to be an elusive presence, and make no mistake, Anna Kendrick’s Alice is indeed underwater for far longer than the opening credits. As the psychological drama continues, whether the metaphor will become that of a burial or a rebirth is an open question.

If there’s something resembling comfort, it’s in Kendrick herself. Like many a comedic actor who goes the serious route, image is key to how we appreciate performance. In Alice, Darling, Kendrick’s quirky, upbeat persona, which has taken her from scrappy little nobody to household name, inspired fan-fueled campaigns devoted to casting her as one of our most beloved comic book heroines, is central to our awareness that Alice is slowly being smothered.

Director Mary Nighy (daughter of British actor Bill Nighy) is also careful to include hints of the film that would be far more likely to star Kendrick. Nighy frames her face as a bundle of anxieties and restraint, only for Alice to come alive with bright sparkling eyes and banter during a dinner date with her friends Tess (Kaniehtiio Horn) and Sophie (Wunmi Mosaku).

Then the reason for the film’s dark undercurrents intrudes for the first time, as Alice’s cell phone constantly chimes as a reminder of her boyfriend Simon’s (Charlie Carrick) endless demands. Soon the red flags are bright and waving frantically, with Alice constantly informing Simon of her whereabouts, sending him sexualized pics, responding to his calls and texts no matter how late or inconvenient, and most alarming of all, isolating herself from anyone who could challenge the control the successful, older, and charmingly manipulative Simon is desperate to maintain over her life.

How does it come to this? Alice, Darling is less interested in that question than in depicting what ‘this’ looks like. With no flashbacks or background to Alice’s family and childhood, it only remains for us to marvel at how a normal, intelligent, beautiful woman could be gaslit into an emotionally abusive relationship, no violence needed, or at least none traditionally recognized as such.

In Alice’s case, abuse has been incorporated into her life to the extent that her body has become a battlefield where she seeks a sense of control. Nowhere is this more apparent than in Nighy’s camerawork and shrewd choice of Kendrick’s wardrobe, which transforms her slender figure into a sticklike one, as Alice constantly monitors her sugar and general food intake.

In another film, Tess and Sophie’s invitation to the cabin for Tess’s birthday in what is really a desperate, last ditch attempt at intervention would be the lifeline for Anna to slowly begin emerging from the shell of herself in an environment with plentiful memories of their friendship trio. But those who believe the Internet is a mistake will get plenty of reinforcement, since Alice’s phone becomes what connects her to Simon’s grip and the podcasts which reinforce her obsessive devotion to pleasing him through thinness.

It isn’t until Alice’s phone is taken away that she begins to resurface, joining Tess and Sophie in the jacuzzi, drinking, singing, eating with them, and generally reconnecting rather than subconsciously isolating herself. Audiences will no doubt rejoice as well, as Kendrick becomes the actress whose effervescent charm made films such as Up in the Air, Pitch Perfect, and A Simple Favor modern classics. But the kind of control Simon has established doesn’t relinquish its hold so easily.

The lack of physical violence in Alice, Darling isn’t only commentary, it’s a point in itself, with a missing girl subplot proving to be a red herring which acts as more of a vehicle for how abuse victims are often blamed, what it takes for a community to actually intervene for the better in women’s lives, and how other women can often hinder the process by blaming each other.

Doubtlessly Simon will come across as somewhat underwhelming, what with the lack of bruising and physical evidence of what he’s inflicted on Alice, and his supposed uninterest in the kind of physical altercations which tend to comprise our more familiar abuse stories.

But Simon is far more representative of the kind of relationship that is still a twisted rite of passage for many women and girls. And much like in real life, the rescuers tend to be other women, with Alice’s friends, who are both single and depicted as having full lives outside of her, both proving essential to her chances of breaking the toxic cycle of codependency.

As Kendrick herself said of her own experiences in an abusive relationship, “I’m the evidence.”

We've got the latest on all the movies in theaters now!

Greta Thunberg Arrest Was a Hoax; The Whole World Is Staged