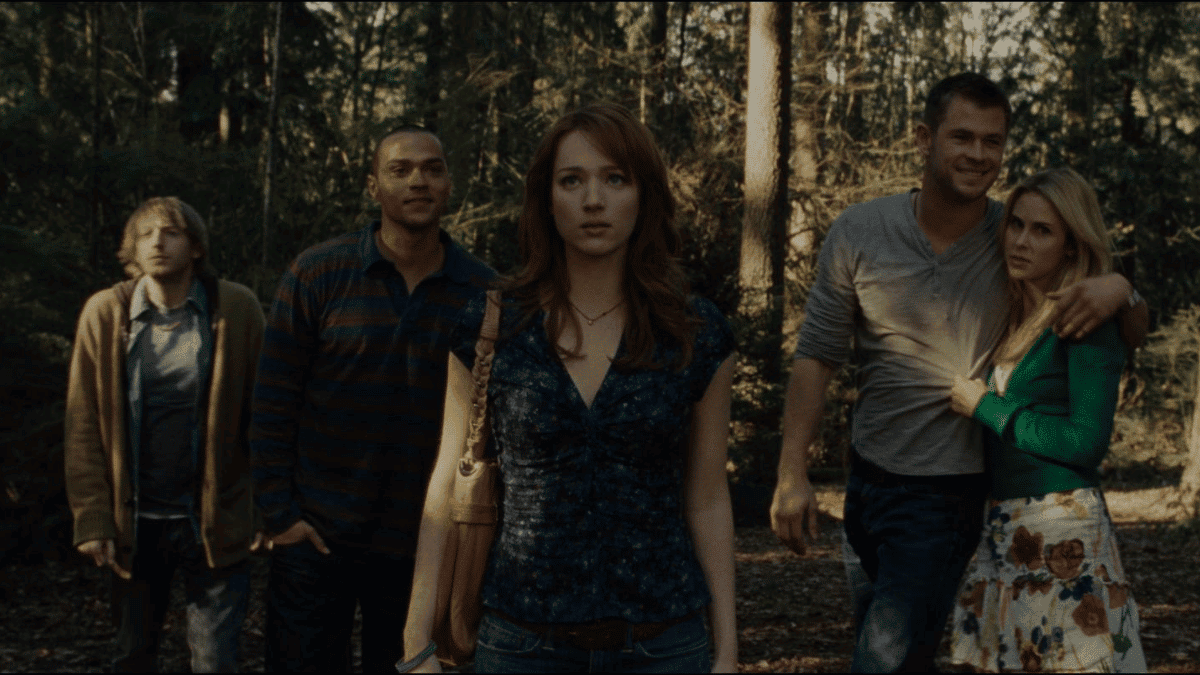 Dr. Stangelove is a Stanley Kubrick black comedy film that satirizes the Cold War nuclear conflict fear between the Soviet Union (USSR) and the United States.

Don't Look Up is an apocalyptic political satire black comedy. It follows two astronomers who try to warn humanity about a comet coming that will destroy human civilization.

Knowing follows a boy who finds a cryptic message in a school's time capsule 50 years after being preserved. And his father and professor, who figured out the encoded message, accurately predicted past events while actively predicting the future, including global destruction.

Contagion is a medical thriller with an all-star cast. It follows a contagious virus that evolves into a worldwide pandemic by respiratory droplets. Medical researchers rush to contain the virus while introducing a vaccine that contains its spread.

The Day After Tomorrow is a sci-fi disaster film depicting catastrophic climatic effects after the circulation of the North Atlantic Ocean is disrupted. As a result, extreme weather events cause global cooling and a new ice age.

The Cabin in the Woods is a horror comedy following a gang of college students retreating to a secluded cabin in the forest. The students fall prey to zombies while two technicians manipulate circumstances in an underground bunker.

Melancholia is an apocalyptic drama film following two sisters, one of whom gets married right before a rogue planet is about to collide with the Earth for a global cataclysm.

28 Days Later is a post-apocalyptic horror story following a bike courier awakening from a coma to discover a highly contagious, aggression-inducing virus accidentally unleashed, causing a total breakdown of society.

Threads follow two young lovers in England when the Soviet Union and the United States go to war. After a nuclear attack destroys a NATO base, the couple is separated. And the young woman (pregnant) must navigate a post-apocalyptic landscape to survive.

Station Eleven is a miniseries that follows a group of traveling performers getting by after a flu pandemic caused civilization to collapse twenty years ago. Along their travels, they encounter a dangerous cult with a sinister leader.

This Is the End is an apocalyptic comedy following fictionalized versions of its ensemble cast during the wake of a biblical apocalypse. Starring James Franco, Jonah Hill, Seth Rogen, Danny McBride, Jay Baruchel, Craig Robinson, Michael Cera, and Emma Watson.

Miracle Mile follows a couple whose first date goes awry after a threat of a nuclear attack hitting Los Angelos within an hour. Nonetheless, the couple finds each other in chaos and scrambles to survive together.

Did your favorite apocalyptic films make this list of Reddit picks? Check out these horror comedy classics!

10 Levels a Seinfeld Video Game Would Include

Recurring Dreams: Who Is Having Them and What Do They Mean?