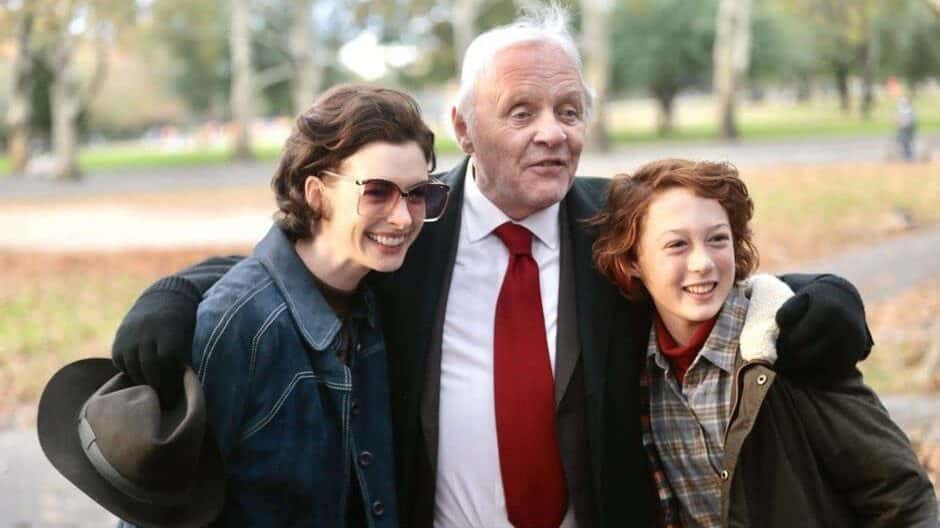 James Gray is a talented filmmaker who has arguably made some of the best films of the 21st century. That makes it all the more disappointing that Armageddon Time feels so rote. The coming-of-age tale follows Paul Graff (Banks Repeta), a Jewish tween growing up in Queens. He befriends a poor, black classmate, spends time with his ailing grandfather, and fights with his parents. It’s all stuff we’ve seen, as are the requisite scenes of first-time drug use and of-the-time corporal punishment.

A moment early in the film acknowledges this lack of narrative or originality and makes a case for it. Paul, who wants to be an artist, skillfully and lovingly recreates a Kandinsky painting he saw on a class field trip. But his teacher chastises him for failing to meet the “original” part of the current class assignment. This scene seems to convey a sense of “you’ve seen this before, but it’s still authentic to me” from Gray about the film itself. It may well be genuine to Gray, but it’s difficult to find anything to hold onto in this film that lacks narrative momentum and repeatedly comments on its lack of stakes.

That commentary on the lack of stakes is thematically purposeful. It highlights that Paul will never be treated the same as his black friend Johnny (Jaylin Webb) by their school, society, or the justice system. But while its thematic purpose is clear, the frequent dialogues about how Paul will be fine keep the audience at a distance. In fact, almost the entirety of the film keeps us at a distance. It’s beautifully shot, but the movie rarely uses the camera to bring us into its characters’ emotional worlds. The few times when the film does something interesting formally only highlight the sense of removal felt during the rest of the movie.

Armageddon Time seems ultimately more interested in ideas than in people. While Gray has never been a subtle filmmaker, his best work combines narrative momentum, introspection, and thematic considerations. Here, that penchant for underlining themes becomes a problem because the narrative momentum and introspection are lacking. Armageddon Time is simply playing the hits we’ve seen many times before and drawing out the themes most interesting to Gray.

To be fair, some of these themes are fascinating. In particular, the frequent discussions of historical Jewish persecution and prejudice paralleled with the different ways Paul and Johnny are treated. There’s a clear interest in Jewishness’s increasing proximity to hegemonic whiteness in the late 20th century, but it’s easy to miss this connection between the two as the film never draws them together. That lack of connective tissue between Jewishness and whiteness is all the more difficult to find because the film is also interested in class (albeit the film does tie this to race well), family, treatment of children, and more. And some of those themes are hit too hard, especially so in a moment where Maryanne Trump (Jessica Chastain) tells the children of a wealthy private school that they will be the leaders of the world, but it won’t be a handout, it will be because they worked for it.

The Trouble With Anthony Hopkins

This focus on themes at the expense of the other aspects of the film is certainly not intentional. One character brightens the screen anytime he is around: Anthony Hopkins as Paul’s grandfather Aaron Rabinowitz. He is a bright presence in the film. He brings warmth and care to the patriarch, allowing him to read as emotionally true whether he’s being mischievous with his grandson or supporting disciplinary decisions for the boy.

But his performance draws attention to itself in the worst way: it underscores that none of the other characters are as interesting. Jeremy Strong and Anne Hathaway are phenomenal actors, but their characters here, who are complicated and struggle with raising a misbehaving boy with a strong sense of justice, somehow fall flat. And while Repeta certainly isn’t bad in the film, he can’t carry the entire weight of the film on his small shoulders as he would need to for the movie to succeed.

There’s nothing wrong with Armageddon Time. The problem is that the film feels like something we’ve seen before. And while some of the film’s thematic interests are novel, they’re buried among too many other ideas and well-worn narrative beats.

20 Coming of Age Movies From the Past 20 Years