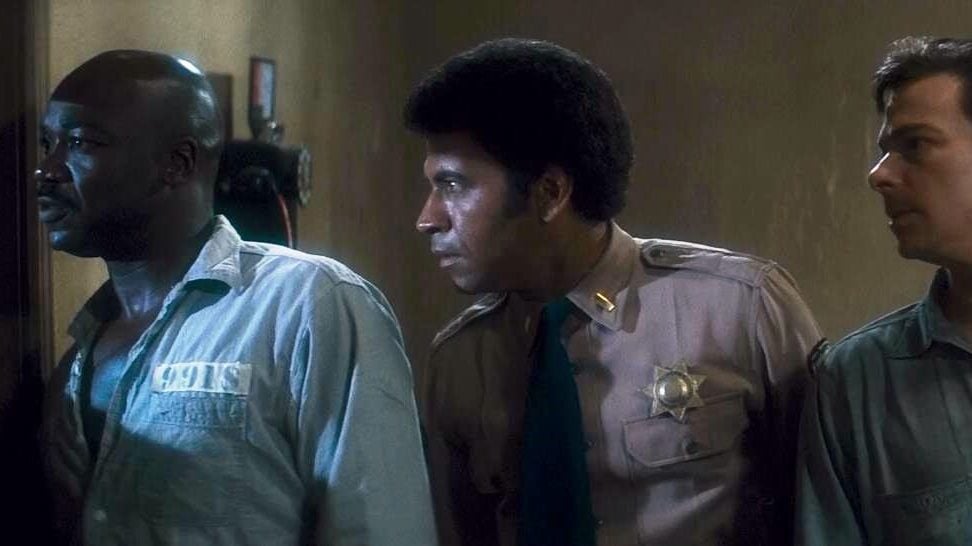 Since the film's initial release in 1976, John Carpenter's Assault on Precinct 13 has become a beloved cult classic, and for a good reason. The film's simple premise, Carpenter's impeccable direction, and the propulsive score deliver a timelessly exhilarating film. Now, with the release of a 4K restoration from the original camera negative completed by Deaf Crocodile Films in collaboration with the film's executive producer Joseph Kaufman, Assault on Precinct 13 looks and sounds better than ever.

The film centers on a soon-to-be-closed police precinct in the fictional neighborhood of Anderson, Los Angeles, that comes under, well, assault by a ruthless and determined gang of teenagers. There's not much to the film narratively, but Carpenter makes that a strength instead of a bug. Carpenter spends significant time setting up the different narrative strands that all come together at the titular precinct, allowing anticipation and dread to build.

As anyone who's seen Halloween or The Thing knows, Carpenter is a master of building dread. Here he uses slow pans of the unnervingly sparse city, and wordless scenes of the four lead gang members preparing for battle to establish that there is inevitable violence on the horizon. Radio reports and a brutal opening scene offer more direct exposition on the increasing tensions between the powerful youth gang and the police force, nearly burgeoning into an all-out war.

Undergirding these early scenes, which also introduce us to lieutenant Ethan Bishop (Austin Stoker) and a group of prisoners being transported to a state prison, is a throbbing electronic score. The score, also by Carpenter, finds the perfect balance between an action movie's rousing tone and a horror movie's call for foreboding. Though, in some moments, the music also switches into a softer register to offer romantic and mysterious sounds that may have inspired Angelo Badalamenti's music for Twin Peaks.

During the first half hour, the film takes great care with its geography; developing a sense of place for the neighborhood and outlining the precinct. The slow panning camera shows urban sprawl with no personality and residential spaces devoid of life. When Bishop first arrives, we follow him into different rooms, establishing the layout for the action to come.

And it doesn't take long for the action to arrive. Shortly after the arrival of the prisoners, who are stopping at the precinct so one of them can receive medical attention, a distressed man enters with the gang on his tail. Following an initial attack by the gang, and a significant death toll, it becomes clear who the lead characters are: Bishop, prisoners Napoleon Wilson (Darwin Joston) and Wells (Tony Burton), and precinct administrator Leigh (Laurie Zimmer).

There are the requisite siege film discussions about the options and course of action to take. But what makes the scenes of attack and the scenes between attacks so memorable is that they feel unlike anything else, precisely because they evoke more specific and supernatural threats.

During the onslaught of gang members, we cannot see their faces, and their singular mission of killing the people inside, no matter the cost, brings to mind a zombie horde. But between the battles, the gang removes all the bodies outside the precinct from view and parks the cars across the street precisely as they were before anything happened, giving the threat an almost spectral feeling.

Crisp but Not Clean

The new restoration only increases that sense of otherworldliness during the attacks. The restoration gives the film a crisp look that makes Carpenter's high-contrast compositions more striking than ever.

The many scenes that include pitch-black backgrounds pop against that contrast and make it seem like the gang members that emerge from that blackness are appearing straight out of a void. The few instances of color are now more visually exciting. Sometimes in ways that lighten the film's ominous mood, like Leigh's cream orange sweater, but also in ways that make its violence more shocking, like bursts of blood.

Other moments also mark the restoration as a visual success, from the distinct beads of sweat on actors' brows to the remarkable shine of the gang leaders' car that beautifully reflects everything they pass. But what may be the most exciting aspect of the restoration is the sound.

From the opening credits with the score blaring over them, this restoration delivers an incredible auditory experience. There's clarity and intensity to the sound that draws you into the world of the film before the first image. Yet it's not only the music that benefits auditorily from the restoration. Throughout the film, we're treated to astoundingly crisp sounds of shattering glass, whizzing bullets, and blasting guns.

The 4K restoration of Assault on Precinct 13 makes its way across the nation at a number of theaters from January 20 through March 19.

Songs To Save These Stranger Things Characters From Vecna

The Best Black Panther Villains of All Time