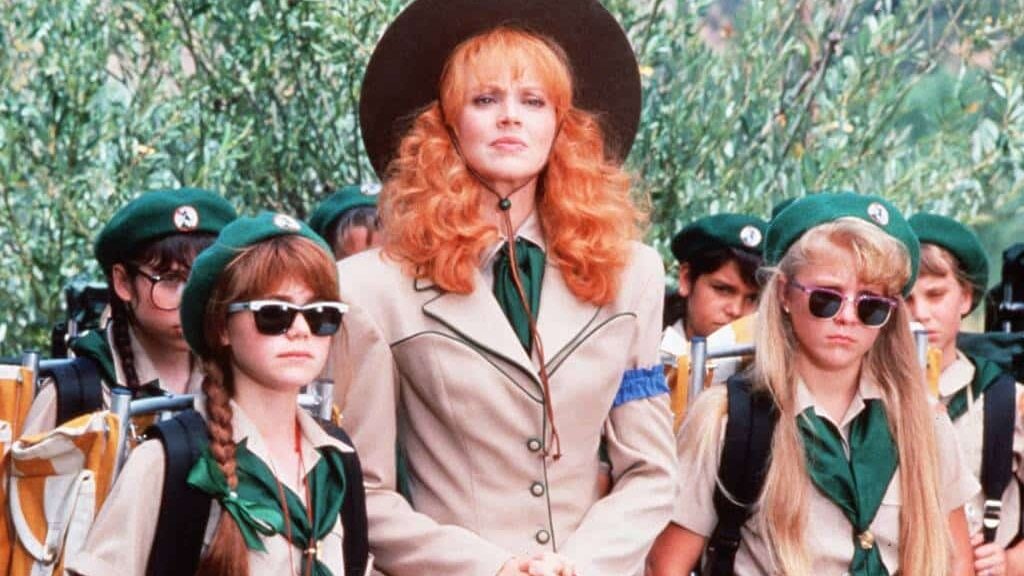 Are there any super stupid movies from the eighties that you still watch? You're not alone. Redditor u/nerdgothbuddhist asked for “80s movies that might suck, but you love them anyhow.”

They elaborated, “What's a movie that you know is scene is not suitable for whatever reason (acting, budget, cringe stuff that aged badly) but you love it anyway, forever?” Reddit responded, and these are the ten movies they still cherish despite the cringe.

Night of the Comet tells the story of a comet wiping out most of Earth's life, leaving two Valley Girls fighting against cannibal zombies and a sinister group of scientists.

Redditor eatingganesha admitted, “It was awesome! I saw a late showing in the movie theatre, and when we walked out to the abandoned mall parking lot, we all looked at each other and wondered if it was just a movie.”

Xanadu is a musical fantasy cult classic starring Olivia Newton-John, Michael Beck, and Gene Kelly. Redditor densillygoose nominated, “Xanadu. I have the soundtrack on vinyl, which frequently plays on my Spotify. I still want to be Kyra when I grow up.”

Another user, garbagebailkid, admitted, “I came to America… saw Xanadu…all I wanted to do was roller skate.” Xanadu is often named one of the worst movies of all time.

Redditor sydouglas admitted, “I still love Ice Pirates even though there are a few non-politically-correct scenes that would make today's kids cry.”

Ice Pirates is a comic sci-fi film that tells the story of a future with water scarcity. Two space pirates get caught stealing ice from a spaceship and are sold to a princess searching for her father.

Grease 2 is a romantic musical comedy. It returns to Rydell High School two years after the original Grease class graduated and moved on.

Redditor buddhiststuff stated, “Michelle Pfeiffer spent the rest of her career trying to live up to the awesomeness of that moment. It's a shame she peaked so early. Another user, yeah_im_a_leopard2, admitted, “So many people despise this movie, but it holds a weird place in my heart.”

Earth Girls Are Easy is a musical sci-fi romantic comedy that follows a girl who befriends three aliens after their spaceship crashlands into her swimming pool.

A Redditor agreed, “It's absolute trash, but I freaking love it! It even has the epic track “Because I'm a Blonde” by Julie Brown. It's just fun from start to finish. StOnEy333 said, “I came here to say this one. Jeff Goldblum, Jim Carey, Damon Wayans, German Davis. Star-studded classic.

Real Genius follows a teenage prodigy, Mitch Taylor, entering a top engineering college. Mitch and his eccentric roommate (Val Kilmer) must work to spoil a crazy professor's plans. FAHQRudy admitted, “Easily in my top 20 films,” before quoting, “Do you still run? Only when chased.”

Troop Beverly Hills is a comedy that follows a Beverly Hills homemaker whose husband leaves her for a younger woman. As a result, she decides to become a leader of her daughter's Wilderness Girls troop.

She must prove to him and herself that she can finish what she's started. It stars Shelley Long and Craig T. Nelson. There's also young Tori Spelling, Carla Gugino, and Kellie Martin.

Ruthless People follows a couple who kidnaps their former boss's wife to get revenge and extort money from him. However, they quickly realize he does not want her back and plans to kill her himself. Meanwhile, the boss's mistress plans a blackmail attempt that goes awry.

Krull is a sci-fi swashbuckler film that follows the journey of Prince Colwyn and his group of outlaws. They attempt to save the future queen of Krull, Princess Lyssa, from the Beast and his continual teleporting to the Black Fortress.

One Redditor admitted, “My guilty pleasure is a third-tier Star Wars knockoff Krull.” Did these Redditors get it right, or are these movies plain terrible?