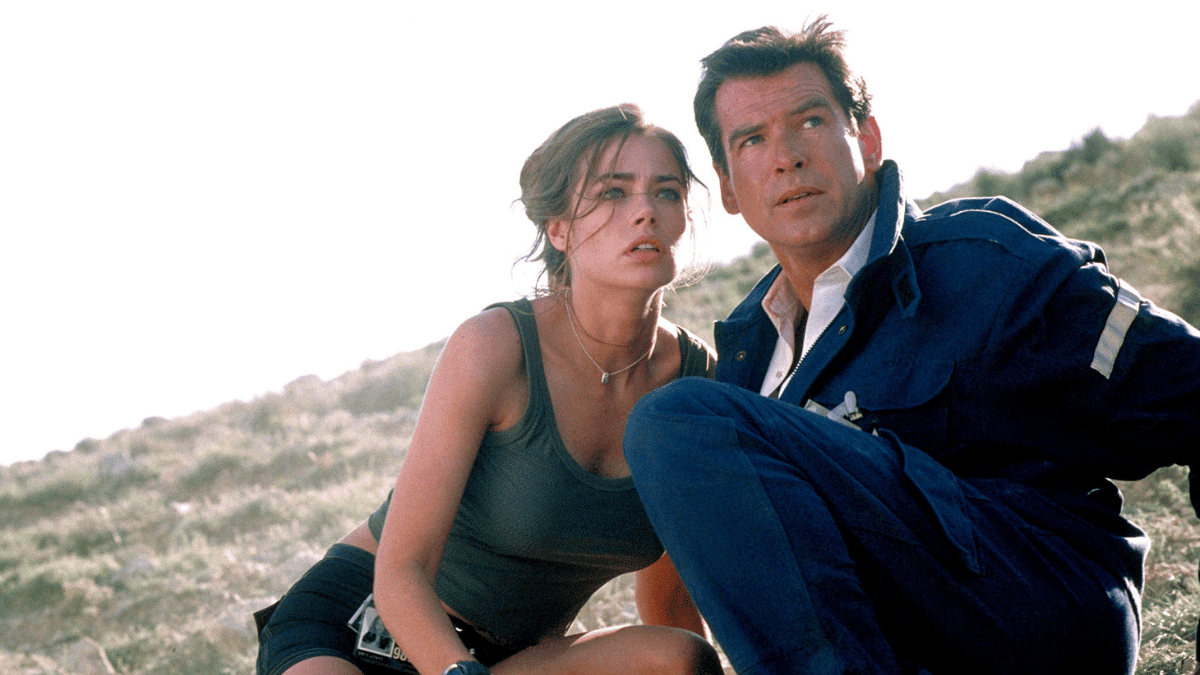 Casting can either make or break a movie; here are 12 bad casting choices that ruined the movie.

The single most crucial aspect of a movie is its cast. Without having the right actors, even productions with the finest directors, enormous budgets, amazing scripts, and high-tech special effects will fail spectacularly. Unfortunately, all it takes is a single miscast to bring a good movie down.

Of course, some movies are terrible – they get everything wrong, including the whole cast – but that's not what we'll be talking about here. Instead, we're talking about one casting choice that ruined what would otherwise have been an at least semi-enjoyable movie.

With Spider-Man (2002) and Spider-Man 2 (2004), Sam Raimi certainly proved he could make a good Spider-Man movie, but there was something very wrong with Spider-Man 3. Sure, it was jam-packed with too many villains, but it would have been watchable had Topher Grace not been cast as Eddie Brock, AKA Venom.

Villains should be intimidating and have some depth. Grace's portrayal, however, was whiny, uninteresting, unimposing, honest, and horrifically irritating. It was hard to watch. The later version of the character played by Tom Hardy wasn't perfect, but it put Grace's effort to shame.

While it received a Best Picture nomination at the 63rd Academy Awards, The Godfather Part III is far the weakest of Francis Ford Coppola's Godfather trilogy. One of the glaring reasons for that is the casting of Sofia Coppola as Mary Corleone.

Sofia isn't a great actress, and, given that she's Francis' daughter, her casting was a clear case of nepotism. She was way out of her acting depth alongside such esteemed colleagues as Al Pacino, Diane Keaton, and Andy Garcia. Garcia played her love interest, but Sofia's lack of screen presence made her feel like he was babysitting her. Critics widely panned her.

Don't get us wrong, The Phantom Menace isn't a great movie, but it would have been a heck of a lot better if young Anakin Skywalker was correctly cast. Sure, Jar Jar Binks was irritating, but he was supposed to be – that's not the case with Anakin.

You had to feel for the young Jake Lloyd – he was only ten years old when the movie was released and quit acting soon after due to the backlash – but he was a terrible pick for his role. Critics and fans had numerous complaints about the movie – namely, the writing, lack of emotional pull, and so forth. Yet it was Lloyd's annoying and corny performance that made it go from watchable to unbearable. Unfortunately, he bore the brunt of the criticism.

Playing the same character as Jake Lloyd in his early adult years, Hayden Christensen was severely miscast in the Star Wars movies. He appeared as Anakin Skywalker in Attack of the Clones (2002) and Revenge of the Sith (2004) – and he was terrible.

The scripts in those movies were poor by Star Wars standards, but Christensen's co-stars seemed to come out of the experience okay. Unfortunately, Christensen delivered his lines poorly, and his performance lacked real emotion. The movie would otherwise have been passable, but it was a mess, thanks to him having such a pivotal role.

Breakfast at Tiffany's is iconic – Audrey Hepburn is fantastic in it, and “Moon River” is a phenomenal song. However, a very problematic factor is the casting of Mickey Rooney as I. Y. Yunioshi.

We don't want to saturate this list with whitewashing roles – there are thousands of examples in Hollywood – but we had to include this one. Rooney did “yellowface” for the part and wore makeup and a prosthetic mouthpiece to change his features to a caricatured approximation of a Japanese person. It ruins a classic, and his portrayal has become subject to increasing protests and complaints.

Les Misérables was an excellent movie – its eight Academy Award nominations will tell you that. But it had one major problem: it cast Russell Crowe as police inspector Javert. Why is that a problem? Les Mis is a musical, and Russell Crowe's singing voice is horrible!

Crowe is a fantastic actor, but his songs in Les Mis dampen the movie in a big way. Listening to his solo number, “Javert's Suicide,” is a genuinely painful experience. The actor has even said his singing “could have been sweetened.” Coming from a man who infamously struggles to accept criticism, that says it all.

Bram Stoker's Dracula is supposed to be a Gothic horror movie, and, for most of its runtime, it succeeds at being a good one. However, some scenes are reduced to being comical, thanks to the casting of Keanu Reeves as Jonathan Harker.

Reeves is a talented actor, but when it comes to British characters, British actors (or non-Brits who can convincingly speak in a British accent) should play them. Sadly, Reeves doesn't fall into either of those categories. Instead, in his scenes, he slips in and out of his American accent and a bad British one, and it's farcical and undermines the whole movie.

The World is Not Enough is far from being the best James Bond movie, but it's acceptable. However, the casting of Denise Richards as Dr. Christmas Jones didn't help its cause in any way, shape, or form.

Bond girls have to be beautiful – and Richards is certainly that – but that's where the actress' suitability ends. Jones is a nuclear physicist, and Richards didn't convincingly convey her character's expertise in that area. She also flatly delivered her (incredibly cheesy) lines and, perhaps most importantly, had precisely zero chemistry with Pierce Brosnan's Bond.

Speaking of Pierce Brosnan, he's not getting away without criticism here. Mama Mia! is one of the most popular musical movies ever produced. It's great fun, and there's a lot of good-to-average singing talent on display. Brosnan, however, does not fall under that description.

His singing is horrendous, bringing the entire production's quality down. He looks as though he's in pain when attempting to belt out a tune, and critics annihilated him for it. The Miami Herald said he sounded like “a wounded raccoon!” You have to wonder why on Earth he was cast.

Martin Scorsese has never made a terrible movie. While Gangs of New York isn't among his best, it's still excellent, thanks to great performances from stars like Leonardo DiCaprio, Daniel Day-Lewis, and Liam Neeson. However, the casting of Cameron Diaz was a misguided idea that significantly dragged it down.

Diaz is a decent enough actress, but this role – that of pickpocket Jenny Everdeane – was far too complex for her. She struggled terribly with the Irish accent, and her weird indecipherable twang distracts viewers in every scene she appears.

Fantastic Four (2005) and Fantastic Four: Rise of the Silver Surfer (2007) weren't great movies, but they were good old-fashioned cheesy fun. In fairness, the titular team was well cast, but Julian McMahon as Doctor Doom was a huge casting error that ruined it.

Victor Von Doom is essentially Marvel‘s Joker – he's the flagship villain you're supposed to take seriously. He's an expert in technology and magic in the comics and a physical threat to almost every hero. Unfortunately, the guy from the Australian soap opera Home and Away playing him was insane. He turned Doom into a self-obsessed pretty boy with no intimidation factor whatsoever.

We know what you're thinking: how dare you include Dick Van Dyke on this list?! Mary Poppins is a beloved musical fantasy movie, and Julie Andrews was outstanding in the leading role – the film deservedly won five Academy Awards. In hindsight, however, Van Dyke was terrible as Burt.

His attempt at a cockney accent is nothing short of appalling, and it's hard not to laugh at him when watching the movie today. But, to be fair to Van Dyke, none of his fellow cast members informed him of how bad it was – and rumor has it that his voice coach was even worse at the accent than he was!