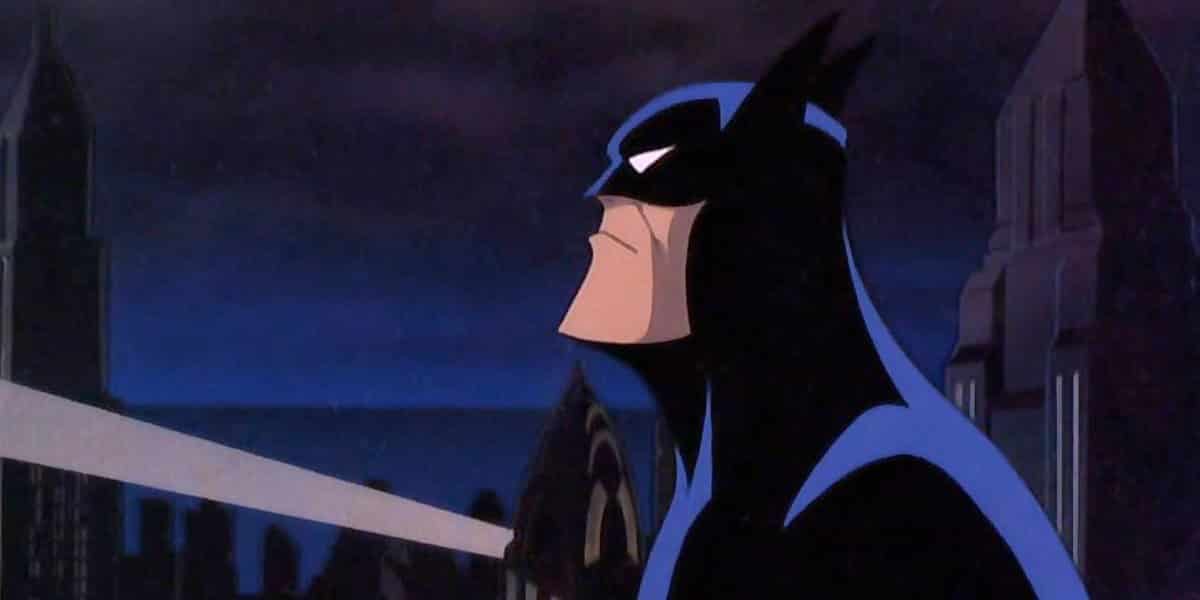 With The Batman hitting theaters this weekend, interest in the D.C. superhero is at an all-time high. How will this new film compare to Burton and Nolan? The unsung hero in the Batman universe is The Animated Series, an art-deco-inspired take on the classic superhero. This dark and sophisticated approach to the Dark Knight was a welcome visitor to Saturday morning cartoons, and you can currently stream all eighty-five episodes on HBOMax. Let’s take a look at ten episodes from The Animated Series you need to watch.

Told from the perspective of Batman’s foes during a poker game, this is one of many episodes known for shifting our narrative perspectives. The Rogues Gallery are presented almost like working-class people complaining about cruel bosses or low pay while having some time to unwind after a long day. That this group is composed of the Joker, Penguin, Two-Face, Poison Ivy, and Killer Croc is another story altogether. Framed in a vignette style, the villains take turns sharing their close calls when they almost defeated their nemesis.

It’s an exciting and nontraditional episode, getting closer to seeing what our popular villains are like when they’re at home. It does leave me wanting more… what if the Rogues Gallery had a reality show? Give them a few bottles of Sauvignon Blanc and hear what they really think about Batman.

Told in a similar style to our #10 spot, this episode focuses on the supporting characters who make up the Gotham Police Department: Officer Montoya, Officer Wilkes, and Detective Bullock. In an exciting way, it teaches the viewer about differing accounts, as each officer shares their perspective of a police bust gone bad. We also get an unlikely amount of comedy as Bullock’s interpretation of events is so clearly different from what we the viewer see on the screen.

Watching these as a kid I never really enjoyed episodes that didn’t feature notable members of the Rogues Gallery, but an episode like “P.O.V.” was always really for the adults, adding an unlikely touch of realism to the Batman saga.

if You’re So Smart, Why Aren’t You Rich?

This Riddler origin story is absolute perfection. Edward Nygma is a disgruntled employee working for a tech company. He designs an exciting new game but his greedy bosses take credit and fire him. He then transforms into The Riddler and seeks revenge. It’s an interesting foray into Riddler lure, because it is so isolated. He’s not approaching his villainy with a desire to do crimes or take over the world. It’s a simple revenge plot, and I’m kind of on his side.

If he hadn’t been thwarted by Batman, I’m not entirely convinced he would have continued as a Big Bad, but it was Batman’s interference that created a feud between them. A fantastic climax in a giant computerized maze makes this one of the greatest and most compact of Batman’s adventures.

The Clock King is an unlikely villain, and in this first introduction, we get his origin story which I heavily relate to. He is a deeply punctual and particular lawyer who has his Worst Day Ever, is late to court, and loses everything. He takes revenge on the Mayor whom he blames for his misfortune. As anyone who lived with Bill de Blasio as their mayor, we get it. The Clock King is sort of like if Chandler or Dwight were a Batman villain.

They are polite office workers who were wronged. The tension between him and Batman is almost comedic, and a welcome break from the mayhem of the Joker or the fear-based attacks of the Scarecrow. The Clock King is everyone who has ever been late to work and decided to take their well-deserved revenge.

Another non-Rogues Gallery episode, this entry is famous for bringing together Kevin Conroy and Adam West. In this highly meta storyline, West plays Simon Trent, an out-of-work actor most famous for his role of the Gray Ghost, a show Bruce Wayne watched as a child. A copycat is on the loose in Gotham and Simon teams up with Batman to bring down this usurper Gray Ghost.

This episode feels like a one-act play in the best way. Charlie Collins is on his way home from work, stuck in traffic and turned down for another promotion, when he accidentally curses at the absolute wrong person: the Joker. The Joker chases him through the woods in a sequence that terrified me as a young person. Rather than do away with poor Charlie, the Joker takes his license and promises to call on him when he needs a favor. A few years later, he does, and Charlie gets caught up in the Joker’s plan to kill Commissioner Gordon.

This episode is famous for introducing fan favorite and Joker sidekick Harley Quinn. “Joker’s Favor” is a frightening entry into the Joker’s mythology, revealing his subtle sadistic practices, and making me wonder if he doesn’t call in a lot of favors for poor, unsuspecting Gothamites.

Christmas With the Joker

This next Joker entry first aired on November 13, 1992, the second episode in the series, but a lot of us came to see this episode regularly when it was released on VHS along with “The Laughing Fish” a few years later. These Batman: the Animated Series VHS tapes did not comprise an entire season, but were instead villain-based, with Joker, Riddler, and Two-Face being among the first releases.

Each tape contained two episodes and I watched them thousands of times. In this episode, the Joker escapes Arkham Asylum to wreak havoc on Gotham during Christmas. Robin just wants to watch It’s A Wonderful Life while Bruce is skeptical of a crime-free evening. It’s a fun episode that showcases more of the Joker’s mischief than his psychotic tendencies in other capers.

Fresh out of prison, Edward Nygma is now a toy designer. Batman doesn’t believe the Riddler can change, and he keeps looking for slip-ups. While this episode is seemingly a critique of the justice system and America’s high recidivism rate, it’s also a commentary on Batman’s own toxic behavior. He is often as unbalanced as the villains he chases, and he almost can’t function in a world in which the Riddler has changed his ways.

Towards the climax of the episode, we learn Batman was right all along, and the Riddler executes one final puzzle for Batman. Still, his return to crime is rooted in the belief that he couldn’t actually rejoin society, that people like Batman would always be hunting him. As much as Batman fights to keep Gotham safe, he luxuriates in crimes committed because, without them, he would have to examine himself.

Poison Ivy always tap dances between villain and antihero. Her motives for crime and murder tend to always be rooted (ha… ha…) in environmental causes, so you can never really blame her, can you? I don’t know. In this episode, Poison Ivy lures rich people to her special spa where she turns them into trees! She’s punishing a group of the 1% for all their anti-environment actions, unfortunately, Alfred and his *maybe* girlfriend go in place of Bruce Wayne.

“Eternal Youth” is Ivy at her best: a sympathetic sociopath with a well-thought-out plan. Women villains have plans. The Joker could never be this organized. It’s also a great opportunity to see Alfred outside of his butler role.

In this caper based on three different Batman comics combined, the Joker develops a toxin to poison fish, leaving them with a sadistic red smile resembling his own. He tries to patent his new product, but his plan is never executed clearly, so we climax with him kidnapping Bullock and taking him to the Gotham Aquarium.

After his showdown with Batman, the Joker is presumed dead, having fallen into the ocean with a shark, never to resurface again. The tension of this episode is great because you never fully understand what the Joker is going to do, and it is his random madness that makes him terrifying.