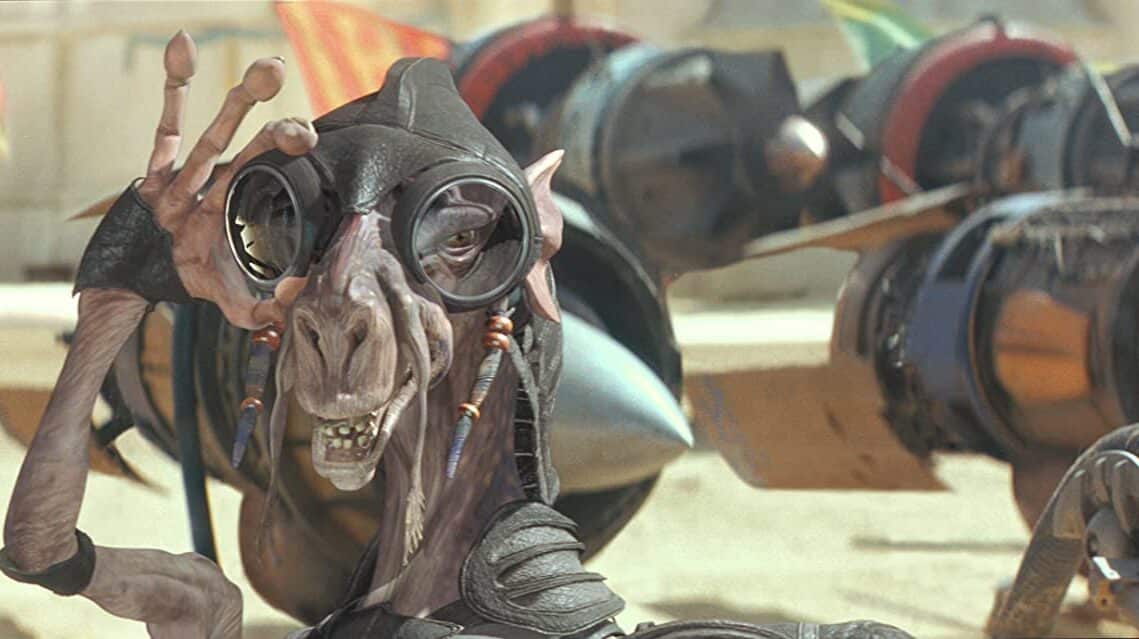 It's no secret that long before Quentin Tarantino started making “homages” to his favorite films, George Lucas did much the same – ripping off classic moments like the Death Star trench run from Japanese and old war films he loved. He literally handed the special effects guys at the newly formed ILM footage of old dogfights that they used, practically shot for shot to create the TIE Fighter vs X-Wing battles.

So it's not surprising that for the next Star Wars film he directed (Irvin Kershner & Richard Marquand directed Empire and Jedi, respectively), he would go back to familiar film school watching to mine more moments for The Phantom Menace. His choice this time – Ben Hur.

Directed by William Wyler, on location in Italy, with brand new cameras with revolutionary technology, Ben Hur made history, not for Charlton Heston's Moses becoming another inspiring Hebrew leader, but for the incredible chariot race that took 5 weeks to film and was editing using one out of every 263 feet of 65mm film. For comparison, that's at least four movies worth of film that was never used.

Of course, in true Lucas fashion, he borrowed more than just one moment from the iconic sword and sandal pic. We'll list all the comparisons further down in this article.

But the biggest comparison that can be made between Ben Hur and Star Wars is the similarity between the chariot race and the Podrace.

Just like the Podrace, the chariot race begins with a piece of trumpeting music that introduces us to the players we’ll see on the track. Sebulba and Anakin are stand-ins for Messala and Ben Hur. Sebulba’s pod is built to damage the other pods around them, and so is Messala’s chariot, with wheels that have spikes protruding from them to destroy all of the other competitors.

A parade in Rome is thrown in his honor and the comparisons to the parade on Naboo at the end of The Phantom Menace could not be more clear. From the confetti and horses and music, to the way the crowd is photographed and how the leaders of Rome are watching it from the top of a massive staircase, it’s all, shot for shot, the sequence of the film set to Augie’s Great Municipal Band.
At one point, the decisive moment in the race, Messala and Ben Hur’s chariots are locked together at the wheels, just like Anakin and Sebulba at the end of the Podrace.