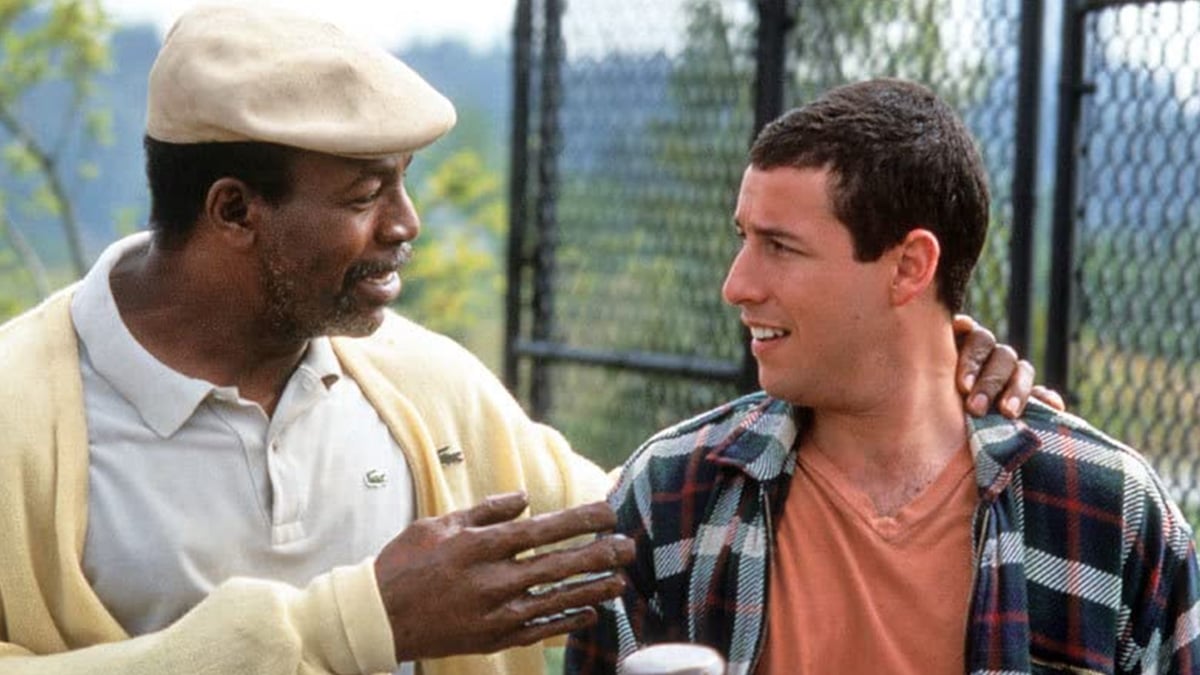 According to Reddit, here are ten must-watch movies of the 90s that will make you laugh.

Encino Man is a cult classic comedy that follows two high school outcasts on their quest to become cool.

Dave Morgan (Sean Astin) and his best friend Stoney (Pauly Shore) find and dethaw a caveman (Brendan Fraser) in their backyard. They quickly slap him with the name Link, and hilarity ensues. “No wheezing the juice!”

Grumpy Old Men and the sequel, Grumpier Old Men (1995), are hilarious films about two retired neighbors who have battled it out their entire lives.

They end up captivated by their new neighbor, Ariel Truax ( Ann-Margret), and hilarity ensues. “There are many fish In the sea, but you’re the only one I'd want to stuff and mount over my fireplace.”

He has a long drive that Chubbs Peterson (Carl Weathers) notices and quickly positions himself to train. Happy's grandmother must pay back taxes to the IRS, or she will lose her house.

So Happy agrees, enters a pro-tour, and meets nemesis Shooter McGavin (Christopher McDonald). The movie is a 90s favorite. “You're gonna die, clown!”

Connors finds himself trapped in a time loop, forcing him to repeat February 2nd until he gets it right. “Well, what if there is no tomorrow? There wasn't one today.”

Bill employs his uncle Vinny Gambini (Joe Pesci), a lawyer. However, it took him five attempts to pass the bar, and he relies on his fiancée, Mona Lisa Vito (Marisa Tomei), to help win the case. “My biological clock is ticking like this!”

Cher gives Tai a makeover, and she becomes a competition to the boys. They are insanely wealthy Beverly Hills teens who navigate ordinary high school milestones and drama.

For example, Cher fails her driving test and contemplates losing her virginity. Supporting roles include Paul Rudd and Donald Faison. “Ugh, as if!”

The Truman Show is one of Jim Carrey‘s most noteworthy performances. Carrey plays Truman Burbank.

Truman doesn't realize that the entire world around him is a studio and that he is a reality show star. The show's creator, Christof (Ed Harris), adopted Truman as a baby and captured his entire life on film.

Christof populated the set with actors, including his wife, Meryl (Laura Linney), and his best friend, Marlon (Noah Emmerich). Eventually, his infatuation with Lauren / Sylvia (Natascha McElhone) leads him to the truth.

Forrest Gump was a monumental comedy-drama movie from the nineties. It follows Forrest Gump (Tom Hanks), a dim-witted but kindhearted man from Alabama.

In childhood, he befriends Jenny Curran (Robin Wright) and harbors a love for her. Despite not being reciprocated romantically, Jenny loves Forrest and finds her way back home.

Forrest sits at a bus stop and shares his story with people as they sit beside him. He recalls unwittingly influencing several defining historical events in the 20th century.

Supporting roles include Lieutenant Dan Taylor (Gary Sinise) and Mrs. Gump (Sally Field). “My mama always said, ‘Life was like a box of chocolates. You never know what you're gonna get.'”

First, they participate in the running of the bulls in Pamplona, Spain. Then, they venture on a two-week cattle drive from New Mexico to Colorado.