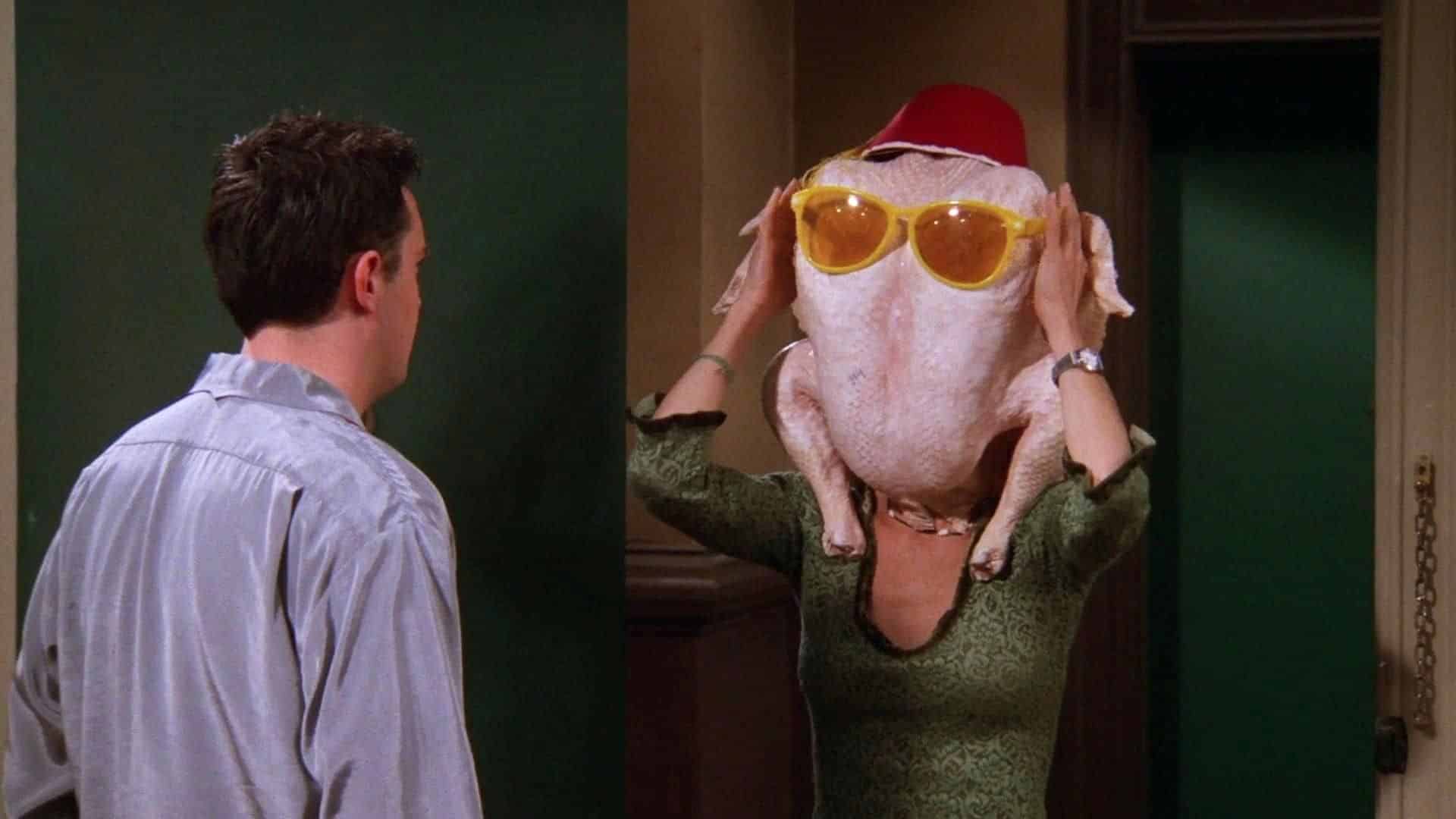 So when Redditor u/Kitchen-Wasabi-3949 asked, “What is everyone's most wholesome Monica and Chandler moment?” Reddit responded with plenty. Here are the most-voted seven moments between two of our beloved Friends.

7. When Monica Gives up Her Wedding Dress

Redditor witxxxh said, “When they're planning their wedding, Monica is trying to convince Chandler not to have the Swing Kings so she can keep her perfect dress.”

They continued, “But Chandler reveals why he wants the Swing Kings and says, “While Monica and I were dancing to them.. it was the first time I knew that you were the woman I wanted to dance all my dances with.”

Monica never tells him that to secure the Swing Kings, she has to give her dream wedding dress to a psycho bride who booked the band until she does.

6. When Monica Decides on a Marriage Instead of a Wedding

Monica finds out that her parents spent her wedding fund, and she panics. But Chandler informs her of his savings account. It's enough for the dream wedding she's been planning her entire life.

However, he puts his foot down about spending it all. Eventually, he tells Monica that he thinks they should spend it all on the wedding because he wants her to be happy.

But, after hearing about Chandler's financial sacrifices in his future-forward-thinking (only one kid goes to college), Monica has a change of heart.

5. When Chandler “Has” Monica

Redditor phan_of_peraltiago shared their favorite dialogue. Monica: “Have you ever had something that was so beautiful everyone wants it?” Chandler: “I have you.”

The dialogue, of course, is when Monica spends more than rent on a pair of boots that ultimately destroy her feet.

4. They Support Each Other's Careers

Redditor dmuvmvm said, “One that I love and think is underrated but incredibly sweet is how Chandler supports Monica staying in New York for her dream job at Javu.

They continued, “And then how before he leaves for Tulsa, there's this lovely moment where Monica reassures him that no matter what, he's by far the most important thing in her life.”

Chandler: (smiles) “I know that too.”

They elaborated, “I think it's wonderful that they're truly supportive of each other's careers, even when it's hard, even when the situation is frustrating.

Still, he recognizes that her taking her dream job and being fulfilled will be better for them both in the long run. They both know that being physically apart for a little while will suck, but they're secure enough in their love for and commitment to each other to get through it.”

Redditor bonbon_pie shared their favorite dialogue and moment between the couple. It's the episode where Monica opens all the wedding presents while Chandler searches for the disposable cameras.

Chandler: “You opened all the presents without me? I thought we were supposed to do that together!”

Monica: “You kissed another woman?”

Chandler: “Call it even?”

GonnaNeedBiggerJars agreed, “Aww, I love that part. Although, my favorite might be Chandler's speech.”

They quoted, “You're not easygoing, but you're-you're passionate, and that's good. And when you get upset about the little things, I think that I'm pretty good at making you feel better about that. And that's good too. So they can say that you're high maintenance, but it's okay because I like maintaining you.”

Finally, GonnaNeedBiggerJars stated, “Then Monica's follow-up: “Phoebe, it's okay that you don't want me to be your girlfriend because I have the best boyfriend.”

Redditor shaka_sulu voted, “They weren't together, but I like Chandler.”

They quoted, “My wife's an incredible woman. She's loving, devoted, and caring, and don't tell her I said this, but the woman's always right. I love my wife more than anything in this world. And it kills me that I can't give her a baby. I really want a kid. And when that day finally comes, I'll learn how to be a good dad, but my wife, she's already there. She's a mother without a baby. Please?”

10 of the Best Moments in the TV Show Scrubs