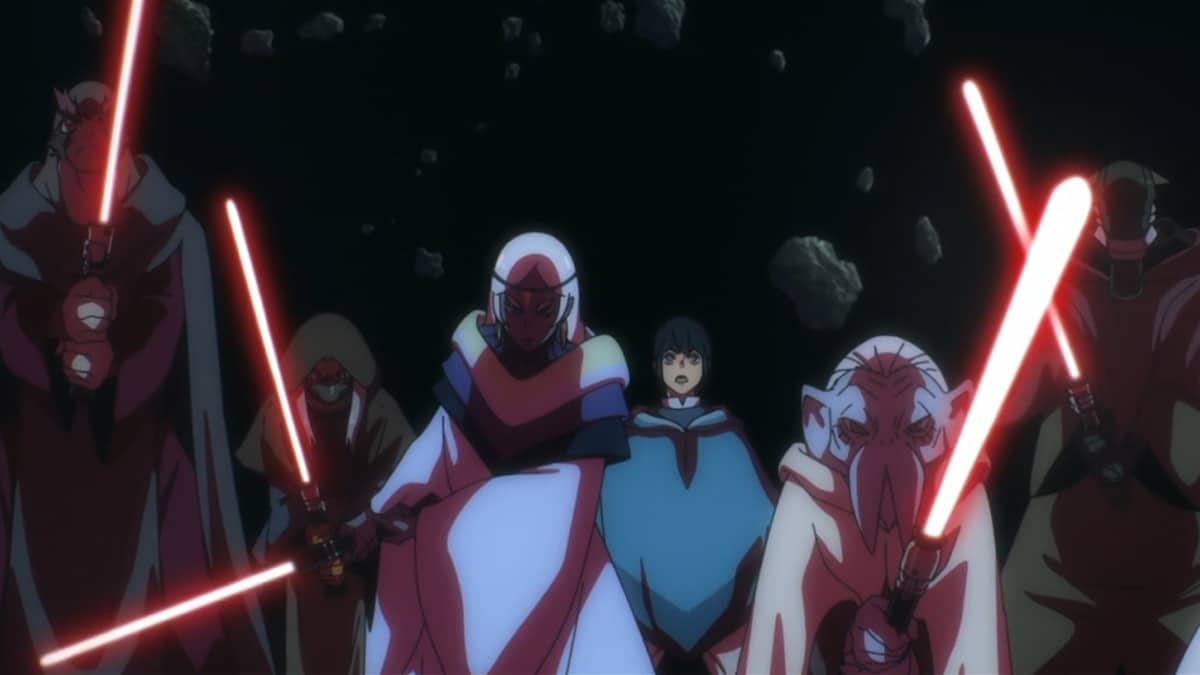 Since it made its debut as a streaming service in the fall of 2019, Disney+ has quickly become one of the most-used content providers, offering some of the best and most noteworthy shows and movies you’ll find anywhere online.

Along with its wide range of classic Disney movies from every decade since Snow White, Disney+ also boasts a wide range of TV series and films based around the company’s other creative properties like Pixar, Marvel, Star Wars, National Geographic, and many more.

From award-winning documentaries to some of the most talked-about sci-fi, superhero, and animated TV series in recent memory, here are some of the best movies and shows you can find currently streaming (or soon to be streaming) on Disney+.

Tylor Tuskmon (Ben Feldman) is a recent graduate of Monsters University who seems destined for a successful career in the scare industry. Finding employment at Monsters, Inc., the aspiring young monster is shocked to learn that the company is now focused entirely on accruing laughs from children rather than scares, forcing him to adapt to his new professional climate.

Pixar is famous for taking an almost comedically large amount of time developing sequels or story ideas that follow any one of their most cherished series (just look at the decades between The Incredibles and the Toy Story movies for evidence of this fact).

But all those years spent working on these follow-ups clearly pay off, especially when it comes to shows like Monsters At Work. It may not have the same level of animation design as Pixar’s features, but its humor and voice acting makes it a generally pleasing sequel to one of Pixar’s most beloved movies.

Shortly after Order 66 wipes out most of the Jedi Order, the elite Clone squadron known as the Bad Batch navigate the changing universe of the Galactic Empire, wondering whether to remain loyal to their new leadership or to break away while they still can.

Unofficially, you can almost call The Bad Batch the eighth season of Star Wars: The Clone Wars. Featuring many of the same characters introduced in The Clone Wars’ final season — as well as more than a few old favorites — it’s an interesting and exciting look at the transitional period from the age of the Republic to the foundation of the Empire, framed through the eyes of its Clone trooper cast.

In the wake of their leader’s death, an order of monster hunters gathers to hunt its most dangerous game yet, all the while contending with a werewolf that has infiltrated their ranks.

Marvel has been doing some exciting things lately when it comes to the realm of television, from the genre-bending WandaVision to the time travel-heavy Loki.

Their latest and most surprising superhero project is this upcoming special — slated for release on October 7 — which utilizes vintage black and white footage and storytelling techniques straight out of a ‘30s monster movie. It’s an exciting direction for Marvel to take, and likely will be the most scare-oriented superhero movie the company has ever released.

As a serious emergency sweeps across the globe, an eccentric and powerful man (Tony Hale) recruits four young orphans to stop his long-lost twin brother (also Hale) from infecting the world with psychically-delivered negative messages.

Based on the popular children’s book series by Trenton Lee Stewart, The Mysterious Benedict Society is premium family content perfect for younger viewers in addition to older ones.

Retaining much of the tone from the original novels, it has all the inventiveness of a Roald Dahl book with enough originality to distinguish itself from the other, lesser children’s shows on Disney+.

After their apparent demise 30 years ago, the nefarious Sanderson sisters (Bette Middler, Sarah Jessica Parker, and Kathy Najimy) return to Salem, once again using their knowledge of magic to prey on a new generation of children.

Starring everybody’s favorite trio of witches, Hocus Pocus 2 is a film that never seemed like it would see the light of day. Making its release to Disney+ on September 30, it’s a movie fans have been anticipating since the original film’s release nearly three decades prior, and that hopefully will not fail to disappoint.

Upon stealing the Tesseract in Avengers: Endgame, an alternative version of Loki (Tom Hiddlestone) finds himself held in custody by the Time Variance Authority, an organization that polices the timeline and who recruits Loki to trek down a rogue variant of himself wreaking havoc across time and space.

One of the more complex and intricate superhero shows you’ll currently find on Disney+, Loki is essentially a police procedural drama, superhero series, and time travel epic rolled into one, starring Hiddlestone and Owen Wilson as a comedically mismatched pair of temporal investigators.

Even as the number of Marvel TV shows grow, Loki will continue to exist as one of the best and most original shows the comic book world has ever seen — well-worth watching for its story, characters, and seemingly critical place in the overall continuity of the MCU.

Loosely based on the real-life story of Leonhard Seppala and his eponymous sled dog, Togo follows a musher (Willem Dafoe) and his dog as they race across the barren, snow-swept plains of Alaska to deliver urgently-needed medical supplies in the 1925 serum run.

Racing movies are an admittedly niche genre, with plenty of forgettable and mediocre entries centered around the sport. But thanks to its heavy focus on its historical setting and basis in actual reality, Togo stands apart from most other middling racing movies out there.

Marvel is of course known for its comic book characters and the extensive slew of films and (now) TV shows based around their famous heroes and villains.

In an inspiring twist, Hero Project sees the company shine a light on the unsung young heroes of tomorrow. None of them wear capes or masks to do their job, but they’re nevertheless more important to our society than any fictional hero.

Set shortly after Avengers: Endgame, Wanda (Elizabeth Olsen) and Vision (Paul Bettany) find themselves in the picturesque suburban town of Westview, their lives framed as episodes of classic TV series from the 1950s onwards.

When Marvel first made it clear that they’d be turning their attention to expanding the MCU into TV, many of us had the same questions in the back of our minds. Will the shows be as good as the movies? Which characters will these new shows focus on? Will it be closely linked to the MCU, or operate it more fully in its own little continuity?

Answering all of these questions and more was WandaVision, the first and (to date) most original superhero TV show ever produced by Marvel. Bold, visionary, and a stylistic achievement that recreates the sitcom format and presentation over several decades, it was an immediate hit among Marvel fans that bridged the MCU into television, opening the doors of the Multiverse for later films and TV shows like No Way Home, Loki, and more.

An anthology series that uses unique animation techniques for each one of its episodes, Star Wars: Visions features non-canon explorations of several fan-favorite and original Star Wars characters, from ronin Jedi traveling the universe to Force-sensitive twins battling for galactic supremacy.

The creative freedom the producers and artists behind Visions were allowed when it came to their interpretation of Star Wars stories is the main reason to tune into this highly experimental show. Comprised of numerous animation styles, it’s as impressive a visual feat as it is a narrative one, leaving open the possibility for non-Skywalker-related Star Wars stories in the future.

A documentary centered around the life and times of famed deep sea explorer, Jacques Cousteau, Becoming Cousteau examines Cousteau’s humble beginnings as an oceanographer and the lasting influence his discoveries have had on the world today.

For the impact he’s had on oceanic exploration, most people know little about Cousteau’s personal life and the specifics of his career, as well as his now eerie premonitions about the dangers of climate change.

It’s a film that shows one of the world’s most forward-thinking experts explaining his fears for the future, as well as celebrating how wondrous and magical the ocean truly is.

Providing a behind-the-scenes look at the minds responsible for some of Walt Disney World’s most famous amusement park attractions, The Imagineering Story traces the evolution of Disney parks from Disneyland’s opening in 1955 to the addition of Star Wars: Galaxy’s Edge in 2019.

There aren’t many amusement parks as well known as Walt Disney World or any of its sister parks across the globe, like Disneyland Paris, Shanghai Disneyland, or Japan’s Tokyo DisneySea. Yet for as world-renowned as the Haunted Mansion or Pirates of the Caribbean are, decidedly less well-known is the story of the rides’ development from its initial blueprints to its eventual debut to parkgoers.

The Imagineering Story gives park attendees a glimpse inside the parks, showing the genesis behind certain attractions as they advance into production, as well as illustrating just how far Disney has come over the years in terms of delivering family-friendly thrills.

The Beatles: Get Back

Over the course of a whopping eight hours (spread throughout three episodes), The Beatles: Get Back follows the band as they begin work on their monumental Let It Be album, all the while mounting creative frustrations threaten to splinter the group.

Breakups are a tough business to endure, whether it’s romantic relationships, long-standing friendships, or creative partnerships between band members. But amid all the drama that ultimately caused the most famous band in rock history to call it quits, the Beatles still managed to set aside from their differences and give it their all for one final album.

The Beatles: Get Back

Made up primarily of unused footage for Let It Be’s companion documentary, Peter Jackson’s Get Back is a tender portrait of four men at the end of their journey together, putting to rest any stories about huge fights or bitter falling outs. Instead, it’s a lovingly-made nod to friendship, showing each of the Fab Four at the height of their artistic abilities.

A filmed version of Lin-Manuel Miranda’s pop culture phenomenon, Hamilton follows the life of Founding Father Alexander Hamilton (Miranda) from his idealistic start in the American Revolution to his integral postwar work on the US economy.

How in the world a rap musical centered around Alexander Hamilton became a national obsession is something I’ll never understand. Maybe it’s the engaging story of a flawed man who never rose to the presidency despite being obviously suited for the role, his fall from grace, his rivalry with Thomas Jefferson, or Miranda’s indelible music — but more than likely, it’s all that combined.

Utilizing most of its original cast and its initial Broadway presentation, it’s a movie well-suited for theater buffs, hardcore Hamilton fans, and those who are unable to swing by New York to see it in person.

Several years after the end of the Galactic Civil War, a lone Mandalorian bounty hunter (Pedro Pascal) ventures the galaxy, finding companionship in a mysterious alien creature hunted by the remnants of the Empire.

Like WandaVision, when the executives at LucasFilm announced plans for Star Wars to receive TV spin-offs centered around new and original characters, most fans waited with bated breath to see what the results would look like.

Fortunately, not only did The Mandalorian meet viewers’ expectations, it completely exceeded them. The first Star Wars live-action show, it’s the series that almost completely revived fan interest in the franchise after the mixed reception of the sequel trilogy, leading directly to several Star Wars series after its initial season — from spin-off shows like The Book of Boba Fett to the newly released Andor series.

Life for Women Is a Royal Pain in the Dreary ‘Corsage’