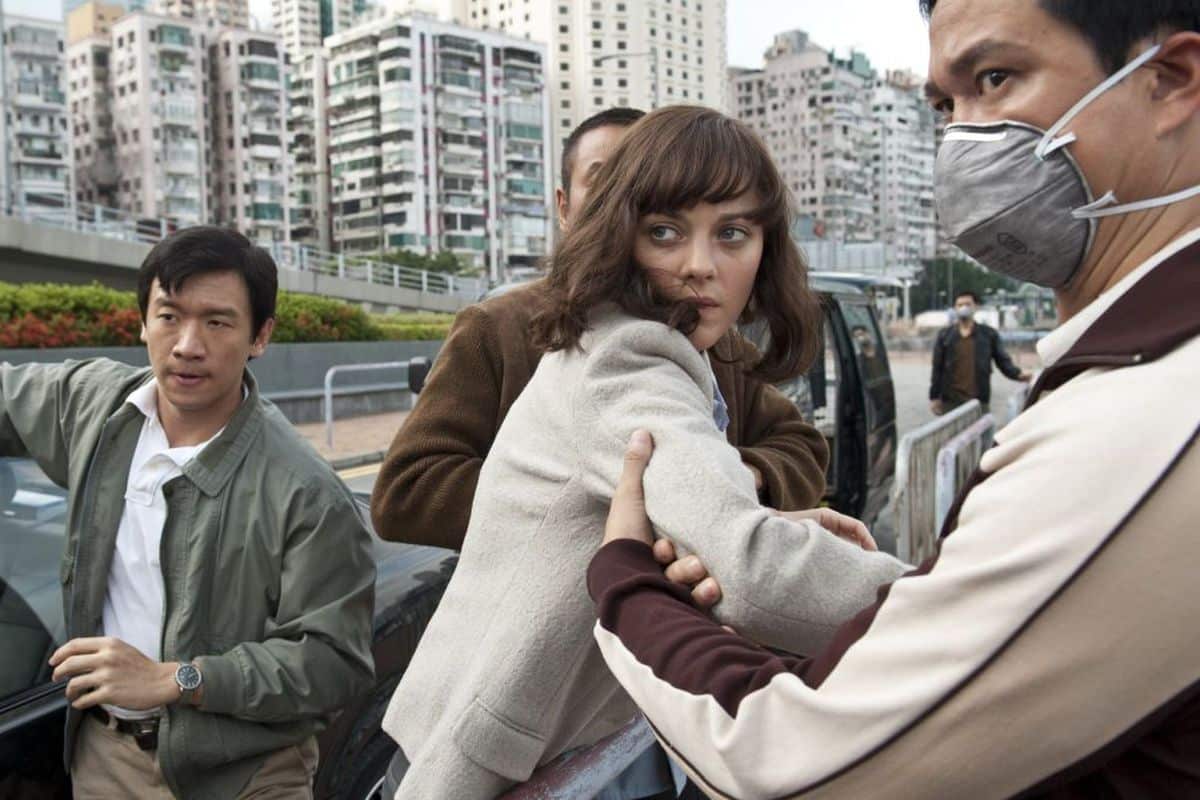 From the classic thrills of the best horror movies from the 1980s,1990s, and 2000s to the laughably bad horror films that we love to hate. We even love reading horror books and comics filled with over-the-top ghoulish hosts and post-apocalyptic zombies.

It’s hard to evaluate a decade that just ended. But from the vantage of the beginning of the 2020s, the 2010s look like a watershed. The most exciting films in the genre were created by a younger generation of directors—Jordan Peele, Robert Eggers, Julia Ducournau, Anna Biller—many of whom, unlike their predecessors, were not white men.

How influential or far-reaching the 2010s focus on different horrors and different perspectives will be is difficult to say. But films like Titane and Candyman in the current decade suggest it’s not a fluke, but a permanent and welcome shift.

The list below is ranked starting with the best film of the decade.

Comedian Jordan Peele’s directorial debut, Get Out, is easily the most consequential horror film of the 2010s, and arguably of ever. It’s the first horror film centering the Black experience to gain massive critical and commercial success. As such, it forced a reevaluation of the genre’s entire past, and opened up its future.

It’s also just a stunningly meticulous and imaginative film. Chris Washington (Daniel Kaluuya) is invited to meet the parents of his white girlfriend Rose Armitage (Allison Williams). Beneath their awkward liberal white racism lurks a vast well of racist medical experimentation and enslavement. Every detail is chillingly, hilariously perfect, from the hypnotic Sunken Place of enforced self-betrayal to Rose eating her fruit loops and milk from segregated containers.

White people are engaged in a vast conspiracy against Black people. Often horror, with its quickly murdered Black characters and exoticized Black monsters, has been part of that conspiracy. Peele’s genius is in making horror take Chris’ side, and hope for him to get out.

Anna Biller wrote, directed, edited, scored, and designed costumes for this sumptuous nostalgia-drenched tribute to and critique of Hitchcockian psychological horror. Young, beautiful, possibly abused witch Elaine Parks (Samantha Robinson) strides through sumptuous California landscapes of saturated color and inadequate males. She dreams of a perfect romance, and uses magic to make one prospect after another fall in love with her. But when the men become obsessed she is disillusioned, and disposes of them, permanently.

This sounds like a narrative about evil and dangerous women. But Biller’s sympathies are all with Elaine. Under the patriarchy, women’s power can only figure as disruption and death. So Elaine and the film embrace those, along with pink tearooms and cloying, highly stylized, thwarted desire.

Robert Eggers’ debut is carefully ambivalent about where its horror lies. Are you supposed to be afraid of the witch who sneaks out of the forest and steals children? Or is the real nightmare the New England Puritan family itself, with the stiff-necked superstitious incompetent father, the round of chores, and its weight of guilt and joylessness?

Eggers’ wonderful cinematography gives the farm a stark, relentless barrenness.  After an entire film of aridity and abuse, the viewer too, like eldest-child Thomasin (Anya Taylor-Joy, in her stunning first appearance) longs to “live deliciously” and fly, even if doing so requires boiling down the fat of one’s siblings. Horror often tells you that the evil is seductive. The VVitch makes you actually root for the devil.

You wouldn’t think that a horror-comedy mashup of The Evil Dead and The Truman Show would work at all, much less function as a profound statement about cruelty and complicity. But somehow Drew Goddard’s The Cabin in the Woods does.

A group of young people heads off to a remote cabin for a holiday, little knowing they’re being manipulated by bored bureaucrats for a slasher sacrifice to ancient demons. The standard tropes are deployed as you chuckle knowingly—and then the guinea pigs refuse to guinea, and their resistance means the end of the world. The film is not so much a criticism of snickering horror viewers as of a world that functions like a horror movie for the enjoyment of some and the destruction or others. When all hell breaks loose, you’re not sure whether to giggle or cheer on the revolution.

The best Swedish pagan hippie feminist revenge horror film of all time. Ari Aster’s second feature is delightfully odd, not least because of its feral emotional power. Dani Ardor (Florence Pugh) is traumatized when her family dies in a murder-suicide. Her dishmop boyfriend Christian (Jack Reynor) is less than sincerely supportive. So, as one does, she goes to Sweden with him and lets the sex and death cult sort him out.

The film owes more than a touch to The Wicker Man. But Aster’s visuals are all his own—the Swedish village is ravishingly opulent, each flower-bedecked ritual a lush atavistic temptation. Grief and rage are woven into a crown of beauty, and Dani smiles as the thorns draw blood.

Edgar Wright’s final collaboration with Simon Pegg and Nick Frost is an elegy to youth soaked in nostalgia, beer, and glowing blue body fluid gunk. Middle-aged Gary King (Pegg) and the gang head back to their high school stomping grounds for one more round of drinks at the old pubs. But the quaint watering holes have all been taken over by cookie-cutter franchises. And also the populace has been replaced by alien blue-gunk blooded clones.

Wright’s hyperactive camera turns every topped-off mug into a jump scare. Similarly, the mundane and boring phenomenon of aging is presented as a terrifying invasion by body snatchers. Yet Gary’s obsession with his past (he’s had the same cassette tape in his car since high school) is also presented as a pathetic horror of sorts. Prolonged adolescence and tedious middle age are equally pathetic and equally terrifying. Faced with a choice of one or the other, there’s nothing to do but scream—with laughter or otherwise.

Documentaries don’t usually make it onto horror film lists, but for anyone who cares about the genre at all, Xavier Burgin’s film is a must-see. Based on Robin R. Means Coleman’s 2011 monograph of the same name, and including interviews with pivotal figures from actor Tony Todd to author Tananarive Due, the documentary traces the Black experience with the horror tradition from King Kong through Get Out.

Along the way, it shows how the horror genre has relied on Black lives and Black stereotypes while excluding Black actors, and how racism, violence, and terror are intertwined in the American (and not just American) imaginations. “Black history is Black horror,” Due says, and Horror Noire shows how that’s a dictum that’s haunted films past—and can inspire better ones in the future.

Contagion doesn’t usually show up on horror movie lists. But after the past two years, it’s hard to imagine a scarier film. Director Steven Soderbergh meticulously documents a global pandemic, starting with Gwyneth Paltrow as patient zero, and spreading by touch and air. Meanwhile across the rest of the world, as doctors desperately seek vaccines, grifters unscrupulously peddle dangerous fake cures, and people die. And die. And die.

The film doesn’t get everything right. The American government response is far too competent, in retrospect. But Soderbergh correctly anticipates the paranoia, the isolation, and the fear creeping from country to country and person to person, a contagion of grief and despair.

Not Scarlett Johansson’s best-known or most iconic role, but perhaps her best. She casts off most of the trappings of stardom and charisma to play an impassive alien predator who lures men to her for sex and then—maybe disembowels them for food?

The exact mechanics are unclear, but director Jonathan Glazer gives the film’s violent gender reversal its own ruthless dream logic. Bodies disintegrate into red meat, babies are abandoned crying helplessly on the beach; insect creatures crawl out of some human skin. As Johansson’s character tries to stop being the predator, she becomes prey, a bleak commentary on how gender roles close around even the strangest, least human, and most implacable creatures.

Other films that were on and off the list include Blumhouse’s paranoid future tech fable Upgrade, Jim Jarmusch’s addled zom-com The Dead Don’t Die, the evil wealthy in-law slasher farce Ready or Not, and Guillermo del Toro’s Academy Award winning The Shape of Water, a sideways revamp of The Creature From the Black Lagoon.