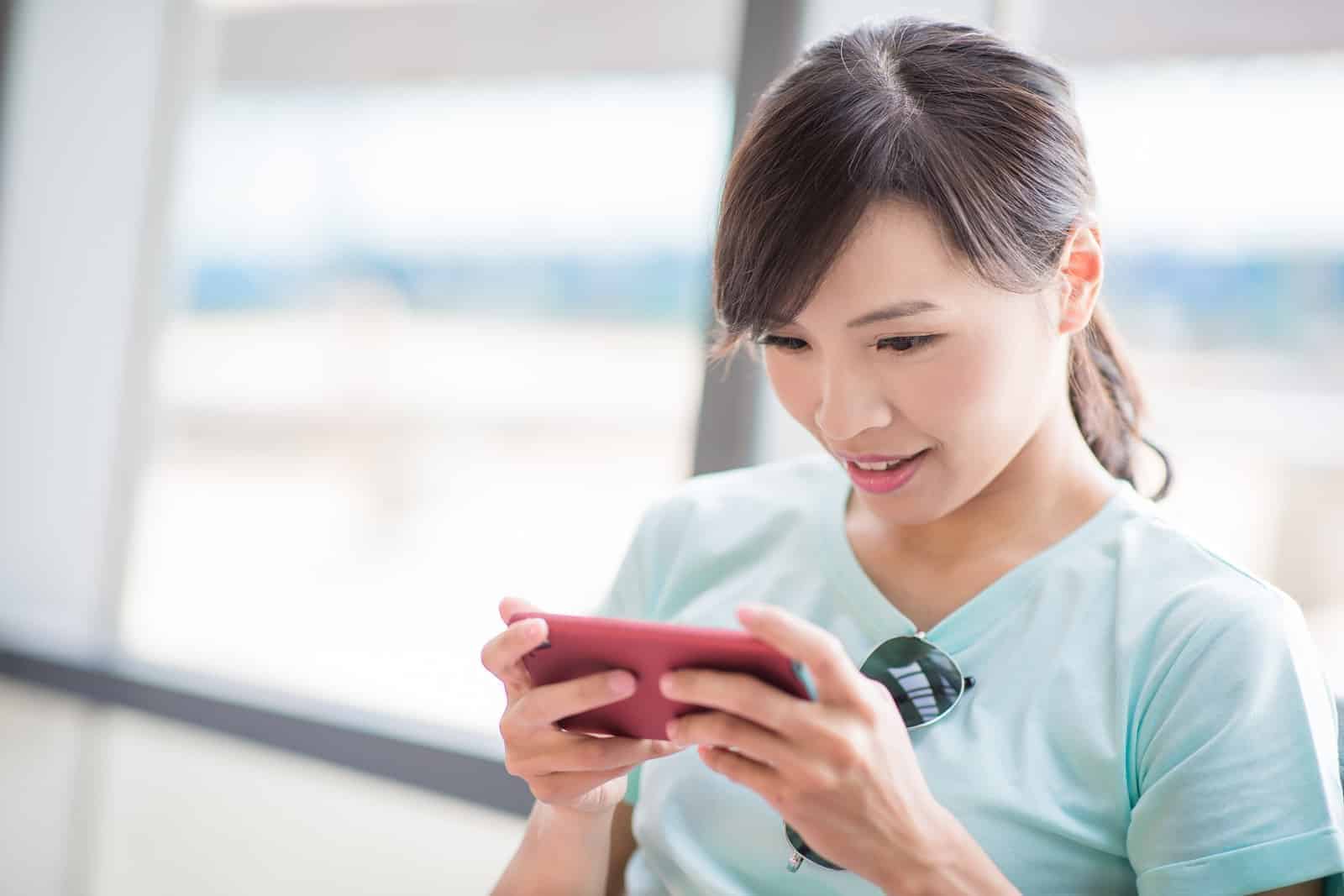 Mobile gaming is just one corner of the video game market, the largest entertainment industry worldwide by far. One gaming studio, Activision Blizzard, makers of the perennially popular Call of Duty franchise, was sold in January 2022 for $68.7 billion. Mobile games, in particular, are often “free to play,” meaning they can be downloaded and played to some extent at no cost. These games rely on a percentage of superusers who spend real-world money to replenish life, draw rare characters, and more.

Smartlook compiled a list of 10 games that dominated the mobile gaming world over the past decade using data on the highest reported peak global downloads. Candy Crush Saga—which seems to have existed forever, or at least since the advent of Facebook—actually saw its release in 2012.

Match-three games, in particular, have raced to stay ahead of their power users, adding levels at a breakneck pace and developing new features and forms of gameplay to entice users. And thanks to the quarantines and shutdowns mandated by the COVID-19 pandemic, games like Gardenscapes have surpassed 10 million active daily players, showing how these popular games help people stay grounded or pass the time. Scroll on to see if any of your favorite mobile games are the biggest of the past decade. 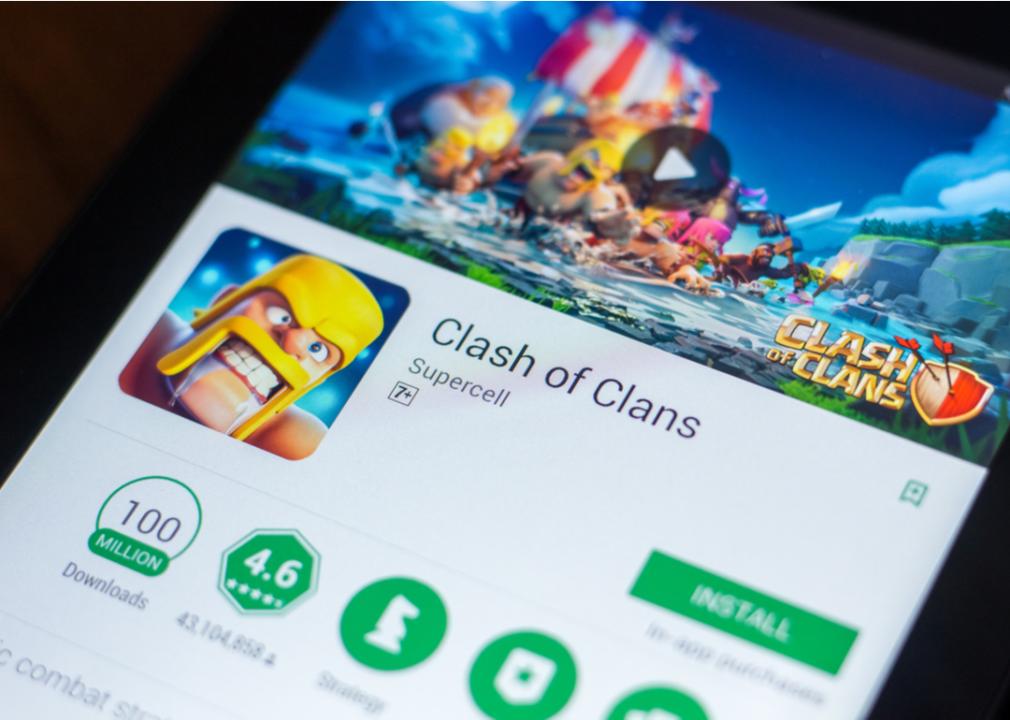 Clash of Clans is a strategy game released in 2012 for iOS and Android 2013. The game, which has received frequent updates since its debut, is free to play but with a difficulty curve that pushes players toward buying an in-game currency called gems. In the game, players build fantasy-styled villages they oversee and leverage to fight other players’ villages. Two other in-game coins, gold and elixirs are also used to build village upgrades and train groups of troops used in battles. Players can also fight non-player character goblin villages on their own as a way to earn resources. 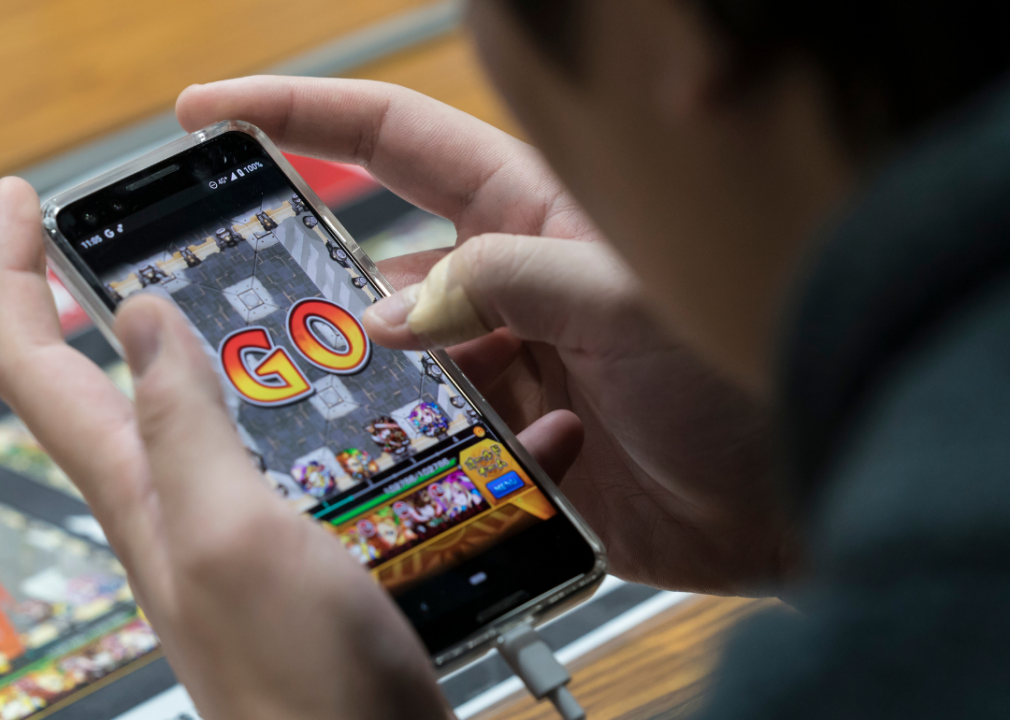 Monster Strike is a mobile Japanese role-playing game released for iOS and Android in 2013. The game combines many gameplay genres and has earned a durable player base over the last nine years. At its core, Monster Strike has some elements in common with Pokémon because players care for and evolve monsters to use them in battles. There’s a key difference, though, as Monster Strike battles take place on a field using point-and-launch physics similar to a game of pool. The game has enjoyed continued success over the past decade, in Japan especially. 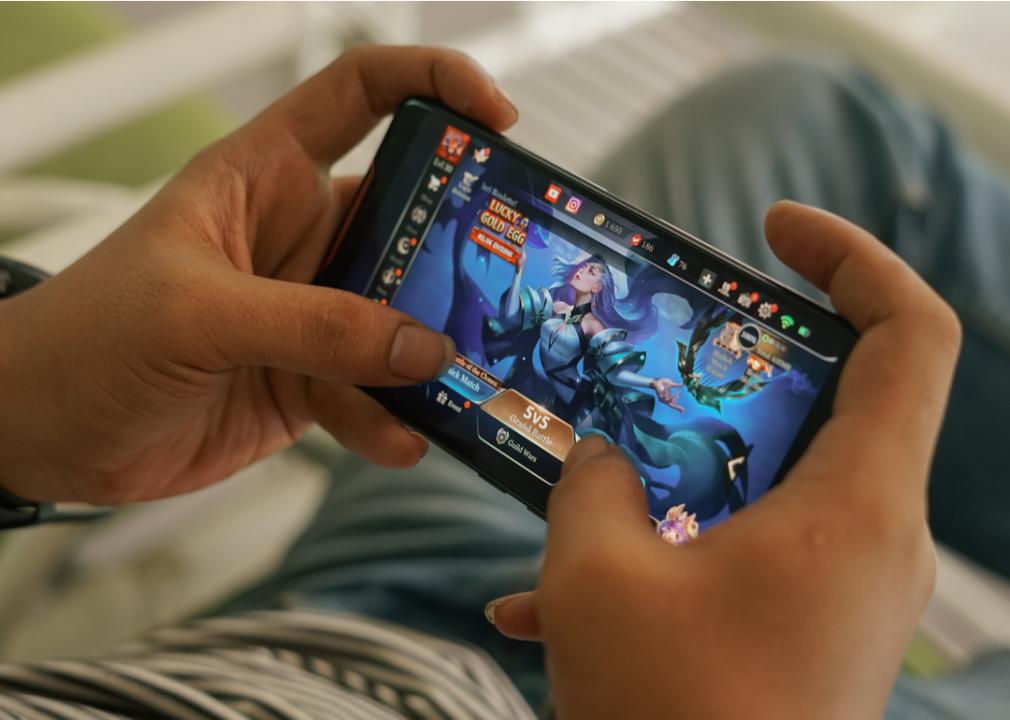 Arena of Valor was originally a Chinese game but was adapted worldwide in 2016. There’s even a Nintendo Switch version, although the game was always designed for mobile. Arena of Valor is a multiplayer online battle arena (MOBA) game in which gameplay resembles something like a game of capture the flag. Players meet in evenly matched teams of 3-on-3, 5-on-5, and many more modes, including the 10-on-10 “mayhem mode.” More than 100 possible heroes to play, spanning across common multiplayer categories like tanks and mages. Puzzle & Dragons is a combination match-three and fighting game released in 2012. In a format recognizable to those who play many similar games, players match colorful gems to attack using the same colored attack creature on the player’s team. Players use magic stones, pal points, and monster points to pay for various gameplay tasks and use resources to fuse monsters to form more powerful hybrid monsters. Additionally, difficulty levels—like “normal” and “technical”—can be adjusted as players advance in skill. 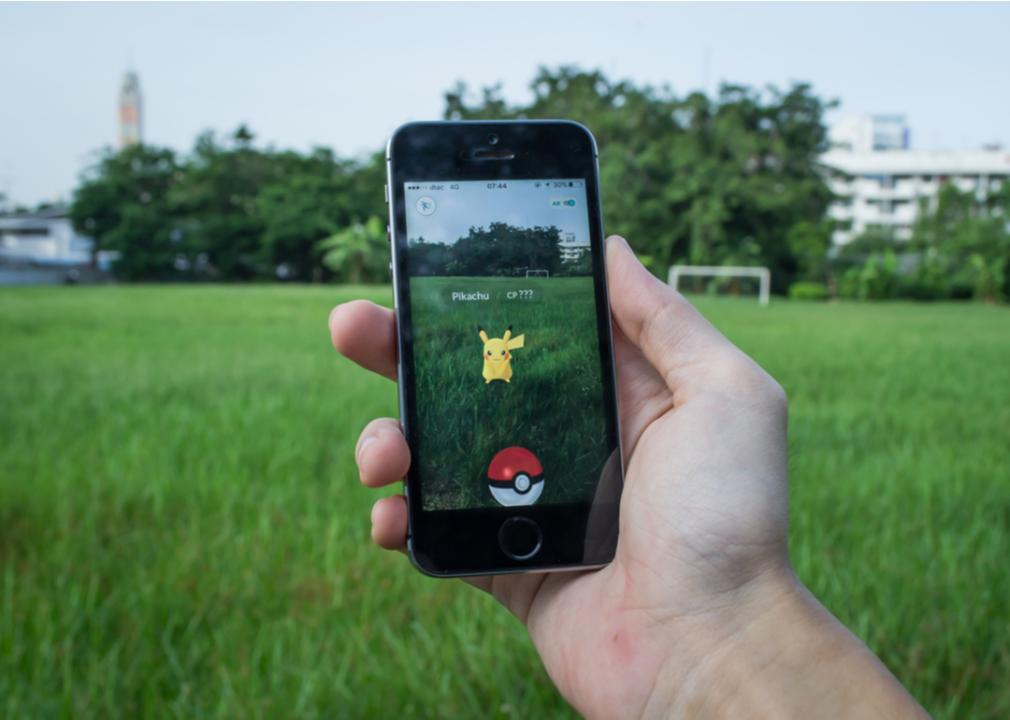 Pokémon Go is a collecting and battling game that uses augmented reality (AR) to merge gameplay with real life. Players encounter Pokémon in real life while walking around public places, businesses, and elsewhere. Since its 2016 premiere, Pokémon Go has released more and more of the “Dex”—the full roster of Pokémon characters—into the game for players to capture. The game’s resources are acquired by spinning PokéStops, and these resources are used in battle to add power to and evolve Pokémon. Players can also battle each other at gyms to build up their Pokémon and earn resources. 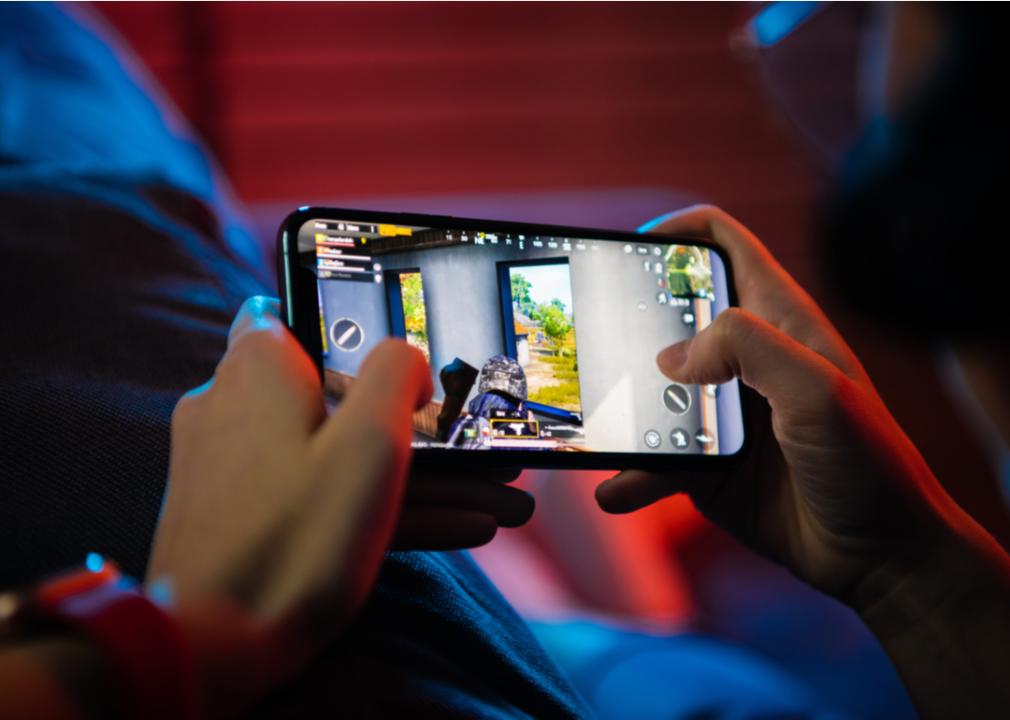 PlayerUnknown’s Battlegrounds (PUBG) started as a mod, or a player-made modification to an existing game, before becoming a free-to-play standalone game in 2017. The mobile version followed in 2018, allowing a whole new population to play without a PC or console. In PUBG Mobile, players are loaded onto an airplane and then dropped into different areas of a battle map.

From there, they must scramble to collect resources like weapons and clothing. Because it’s a battle royale game, the map continues to constrict over time, forcing surviving players into a progressively smaller area and punishing those stuck in the outer reaches. 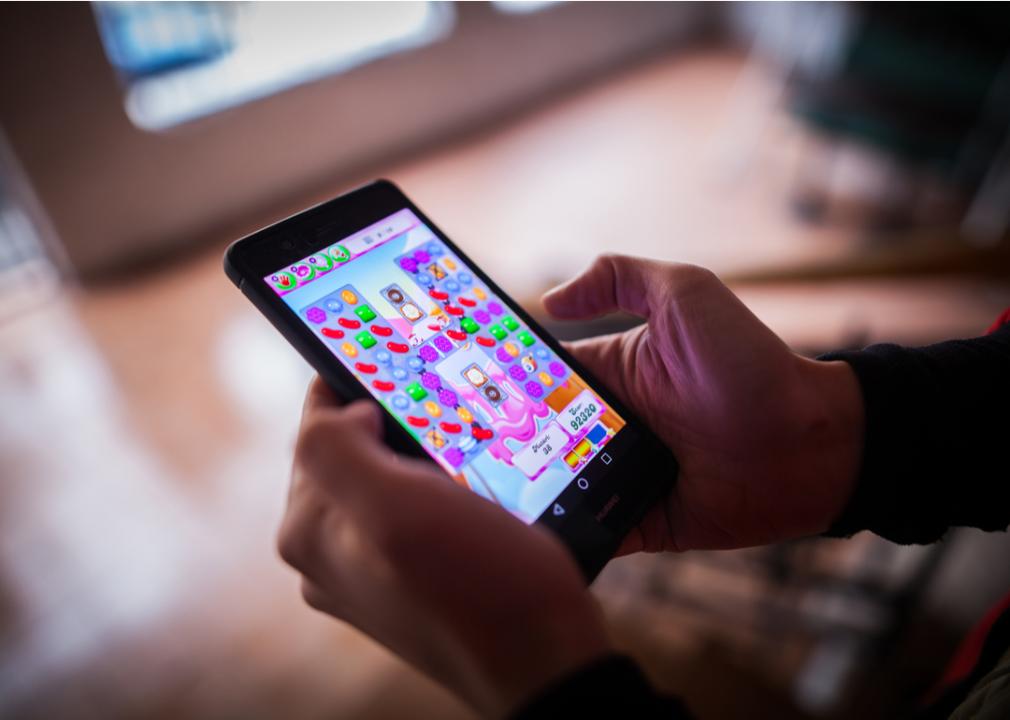 Candy Crush Saga has remained one of the most iconic mobile games since its launch in 2012 and continues to make updates and add new levels over time. The game follows a simple match-three format, with colorful candy pieces that can be combined into power-ups. Players wend their way through different zones controlled by candy monster bosses in the game. The game is free, but players can pay to replenish their lives to progress faster through zone barriers and more. There are also options for social sharing, which allows users to see how their Facebook friends and others have progressed in the game. 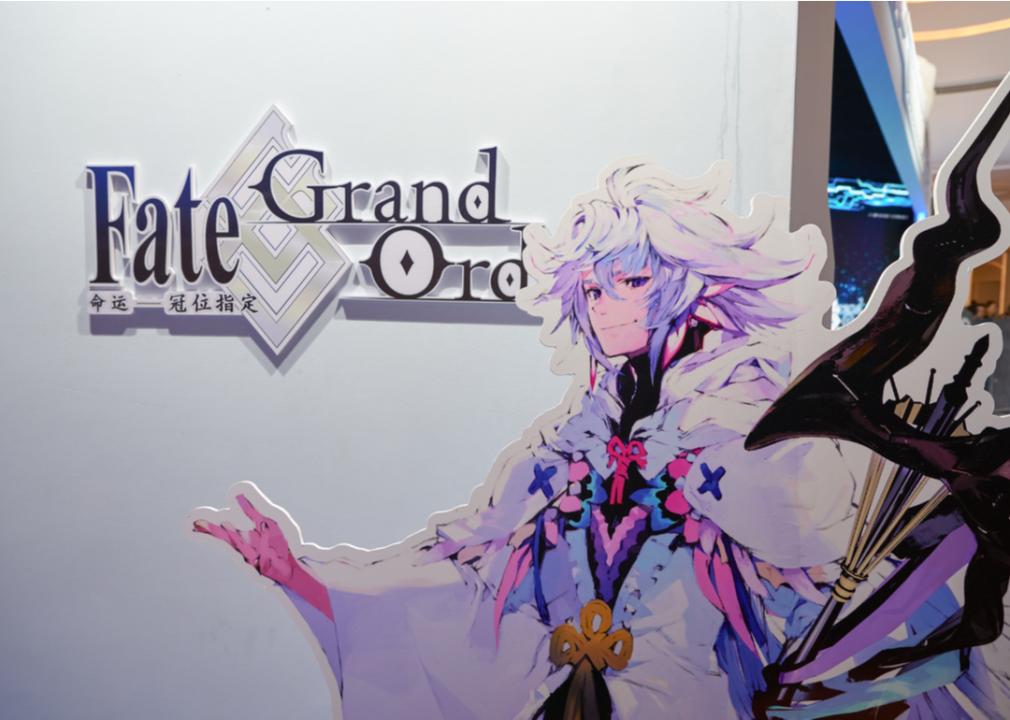 Fate/Grand Order is a free-to-play game that first launched in Japan in 2015 before releasing worldwide. The game is gacha-based and involves players drawing for different servants, people who the player controls as the master. The game’s combat is turn-based and uses cards to play tactical actions by a team of three active servants and three reserve servants. The game is based on an adult visual novel, and its illustrations can be somewhat more mature. The game’s plot is also told through visual novel-like scenes and stories. 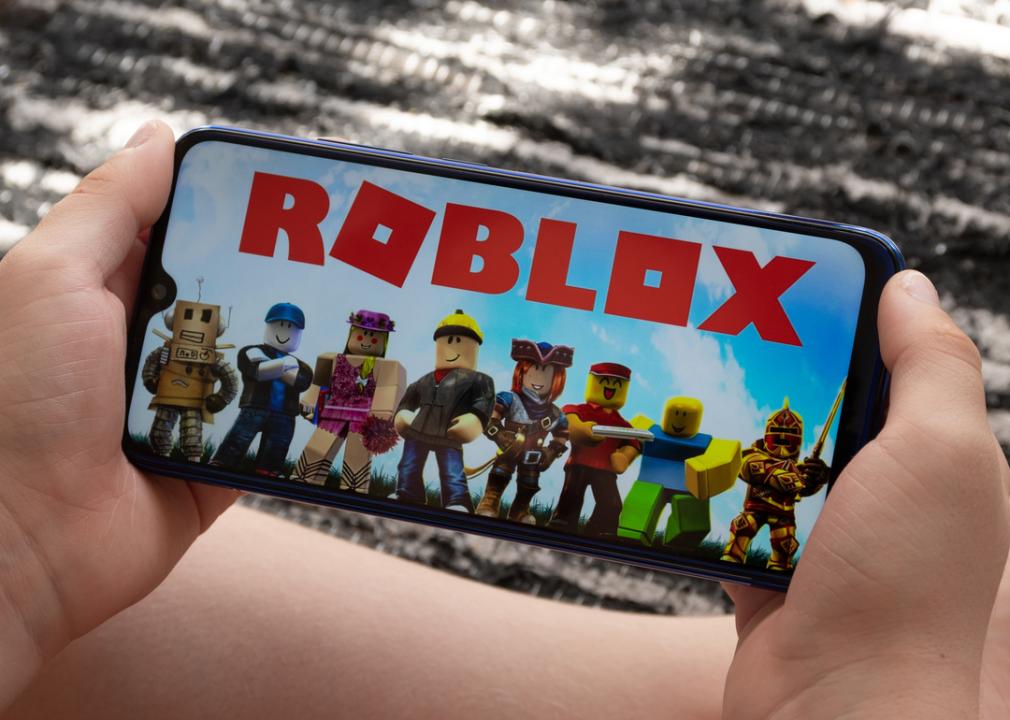 Roblox is a free-to-use game-making platform that launched for PCs in 2006, iOS in 2012, and Android in 2014. The game is built using Lua, which lets users make their working games across various genres. It may sound like Scratch and other visual “teaching languages,” but Roblox has a twist because it’s monetized. Users can purchase and use a virtual currency called Robux to buy features. Another twist Roblox has on the other games on this list: users can sell their created content to other users for Robux that can, in turn, be exchanged into real-world currency. 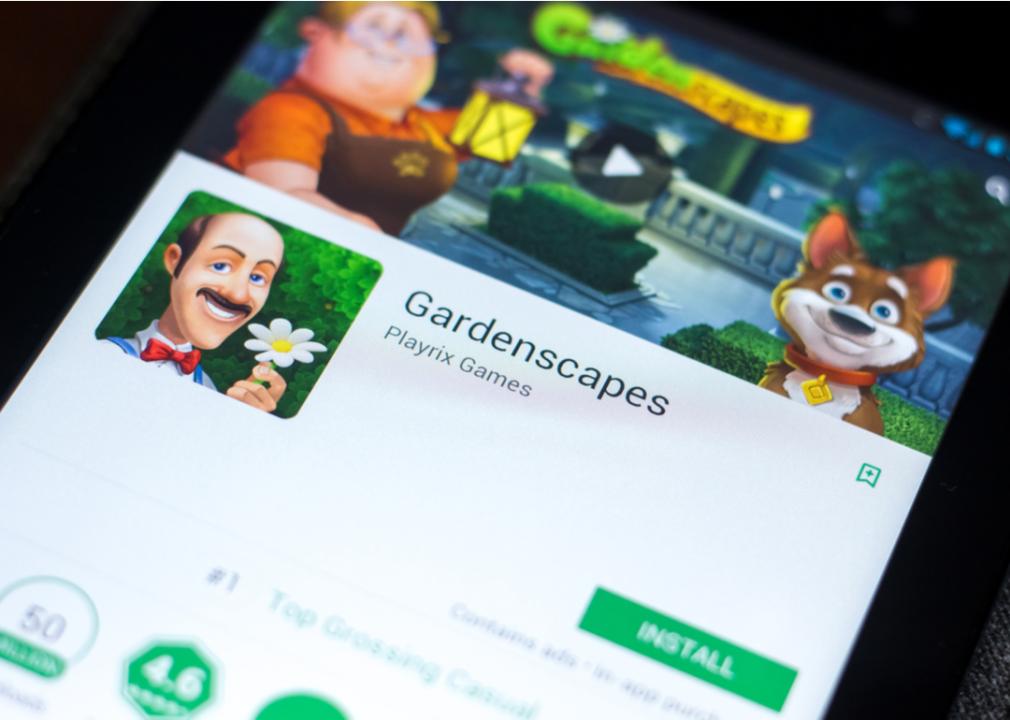 Gardenscapes began as a different kind of game for PC, but the mobile version is a match-three game that corresponds with building a village. Launched for iOS and Android in 2016, the gameplay loop works by using different puzzle levels to help clear away debris in a large overgrown garden area.

The goal is to restore the garden to order. The puzzle levels are match-three puzzles, where the items are different garden fruits. As with other games on the list, Gardenscapes has continued to grow over time as more levels and features are added.

This story originally appeared on Smartlook and was produced and distributed in partnership with Stacker Studio.

‘The Northman’ Isn’t Groundbreaking, but It Embraces Pre-franchise Norms