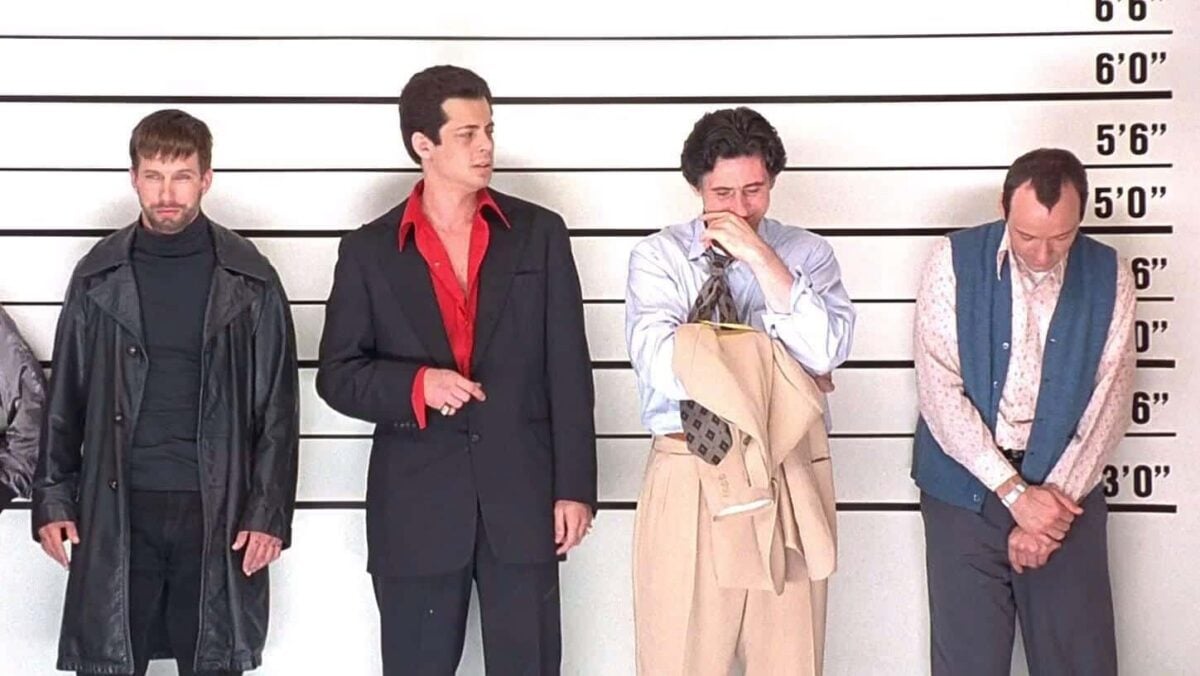 Redditor NHazellnut recently asked what was the best movie ending you've ever seen. Reddit was right on the money with these fifteen incredible films with even better endings.

Jim Carrey in The Truman Show is brilliant, and several Redditors agree it has one of the best movie endings ever. Truman was adopted, and his entire life broadcasts as a reality TV show in a made-up world around him.

I don't want to spoil the ending, so, “In case I don't see you, good afternoon, good evening, and good night!”

Following one man's ambition for wealth at all costs, There Will Be Blood (2007) tells a story of family, hatred, and religion. Starring Daniel Day-Lewis, Paul Dano, and Ciarán Hinds.

His last memory is of his wife dying, and he is out for vengeance. Redditor kdubstep states, “It's the only film I ever watched and then immediately watched again and enjoyed it, even more, the second time.”

Michael Mann's Heat (1995) features an ensemble cast led by Al Pacino and Robert De Niro. It follows the conflict between a detective, a career criminal, and his thieving friends.

After unknowingly leaving a clue behind at a heist, the LAPD turns up the Heat. Redditor junkyardpig expressed, “With God Moving Over the Face of Waters by Moby playing. One of my favorite movies and endings, and probably my favorite ending song.”

Based on Stephen King‘s 1980 novella of the same name, The Mist (2007) tells a captivating story about small town Bridgton, Maine. An unknown bloodthirsty species of monsters hiding in the mistiness of a freak storm that brought them in.

The city holds up in a grocery store, and the townspeople split into two groups. The ending in The Mist film is darker than in Stephen King's book. However, Stephen King was receptive to the change.

It's filled with spine-tingling moments and one of the most blindsiding endings in film history. Redditor Obi_Wan_Benobi confessed, “The Sixth Sense absolutely fried my brain. It got me big time. I walked out of the theater like I was drunk.”

Damien Chazelle's Whiplash (2014) follows a jazz drummer and music student Andrew Neiman (Miles Teller), and his ambition to be the best. But his instructor Terence Fletcher (J.K. Simmons), abrasively pushes Andrew to his limits.

Redditor Am_I_Bean_Detained admits, “I watched it for the first time at the start of the pandemic while working from home and had to rewatch the final like 16 minutes immediately.”

The Usual Suspects (1995) follows the interrogation of a two-bit con man and a gun massacre on a ship docked in Los Angelos.

Roger “Verbal” Kint (Kevin Spacey) tells his story through narration and flashbacks of how he's one of only two disaster survivors. It's a story of crime Lord Keyser Söze and his control over five criminal companions.

The American comedy classic Some Like It Hot (1959) stars Marilyn Monroe, Tony Curtis, and Jack Lemmon. The film follows two musicians who witness a mob crime. So they disguise themselves as women to escape the mafia.

Redditor DiscussionPale3216 stated, “Can't believe no one's said Some Like It Hot yet. The ending's famous for a reason!” To which Redditor braundiggity replied, “Nobody's perfect, but this ending is.”

#5-One Flew Over the Cuckoo's Nest

Based on Ken Kesey's novel of the same name, One Flew Over the Cuckoo's Nest (1975) stars Jack Nicholson and is widely acknowledged as one of the greatest movies ever.

A criminal (Nicholson) is admitted to a mental institution after winning an insanity plea. But unfortunately, Nurse Ratched (Louise Fletcher) is a sadistic woman. So he rallies the frightened patients to rebel. The ending is one of the most talked about endings in film history.

Based on Chuck Palahniuk's novel of the same name, Fight Club (1999) has an unbelievable ending and subsequent cult following. It follows an unnamed narrator (Edward Norton) who hates his nine-to-five and is discontent with life.

So he forms a “Fight Club” with soap salesman Tyler Durden (Brad Pitt). I'd love to tell you more, but “The first rule of fight club is you do not talk about fight club.”

Christopher Nolan's Inception (2010) introduces dream-sharing technology that allows the plantation of ideas in another person's mind. The plot follows a professional thief (Leonardo DiCaprio) with a tragic past who has the inverse task of using this technology in the subconscious of a C.E.O.

If he succeeds, they'll erase his criminal history. Redditor BatmanAndMe123 admits, “Yes! That ending had me saying, that is why I love movies.”

The film Fallen (1998) is one of Denzel Washington's most underrated films. Although, it's amassed a cult following. It follows a homicide detective (Washington) who witnesses a serial killer's execution.

However, not long after his death, the killings begin again. The similarities make investigators believe it's a copycat killer, but things aren't as they seem. The ending is one of the most shocking in movie history. “Tiiiiiiiiime is on my side. Yes, it is.”

Loosely based on Agatha Christie's whodunit And Then There Were None (1939), the movie Identity (2003) twists and turns to the very end. Ten stranded strangers take shelter in an empty motel in Nevada.

But, as they begin to get acquainted, they start dying at the hands of an unknown killer. Redditor saucy_angel sums up, “Identity is one of the few films where I genuinely had no idea how it would end.”

These 10 Movies Are Better on Second Viewing