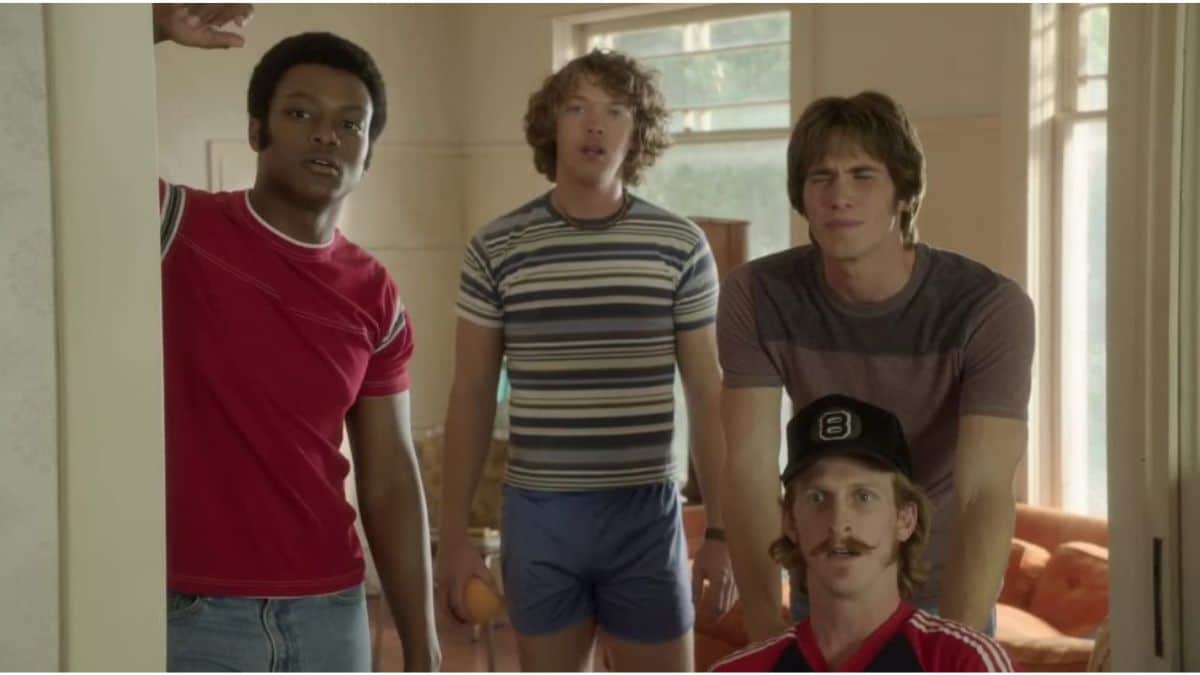 Sometimes the best films with fabulous eighties atmosphere, vibes, and music are films that aren't from that decade.

So Redditor u/thedubiousstylus asked, “What's the best movie set in the 80s that wasn't filmed in the 80s? Two of the favorites I mentioned discussing this once are Donnie Darko and Adventureland, but many disagreed.”

They continued, “I suspect we'll see more of these in the coming years in an attempt to cash in on Stranger Things, but we had quite a few in the previous decades as well.” Redditors had plenty to say, and these are the nominated films encompassing eighties vibes, but that isn't from the 80s.

The Wedding Singer is the first Adam Sandler and Drew Barrymore film in their trilogy of romantic comedies. It tells the story of Robbie Hart (Sandler), a wedding singer who is stood up at the altar. He befriends a waitress who is engaged to a massive jerk. As Robbie helps Julia plan her wedding, they fall in love. The movie has the best music and is a laugh-out-loud eighties vibe all around.

Everybody Wants Some is an American teen comedy sports flick about college baseball players in 1980s Texas. It follows a first-year college student and his baseball teammates, a wild group of disco-dancing partyers chasing skirts.

Related: Celebrities That Are Still Married Today, You Won't Believe #10

Set in 1987, Fargo is a black comedy crime story that follows Marge, a pregnant Minnesota police chief, as she investigates roadside homicides. The homicides occur after a miserable car salesman hires two criminals to kidnap his wife to extort a hefty ransom from her wealthy father. The film stars Frances McDormand, William H. Macy, Steve Buscemi, and Peter Stormare.

Set in 1983, Beyond the Black Rainbow is a Canadian sci-fi horror film that tells the story of a woman with ESP. She's heavily sedated and tries to escape from her captivity at Arboria Institute, a secluded commune.

No Country for Old Men is an American neo-Western crime thriller film set in the desert landscape of 1980 West Texas. After finding the gruesome aftermath of a drug deal while out hunting, Llewelyn (Josh Brolin) cannot resist taking the cash left behind. However, soon he is hunted by a merciless killer and Sheriff Bell (Tommy Lee Jones).

It is a story based in the 1980s on Stephen King‘s novel of the same name. It follows a group of outcasted teenagers called The Losers' Club. In addition to being regularly harassed by a group of bullies, an eponymous being, It, terrorizes the teens. It takes the shape of whatever the kids are frightened of, emerging from the sewer to feed on children every 27 years in Derry, Maine.

Set in 1981, Joker gives an origin story to Batman‘s infamous villain, The Joker. It follows Arthur Fleck (Joaquin Phoenix), a mentally-ill clown by day and an aspiring stand-up comedian by night.He cares for his mother in a crime-ridden and deteriorating Gotham City. The film demonstrates Fleck's descent into madness while giving audiences a taste of understanding why he wants to watch the world burn.

Do you agree with these Reddit picks? Check out these classic 1980s movies that every teena23ger needs to see.

These Surprising 10 Cities Have The Most Billionaires in 2022