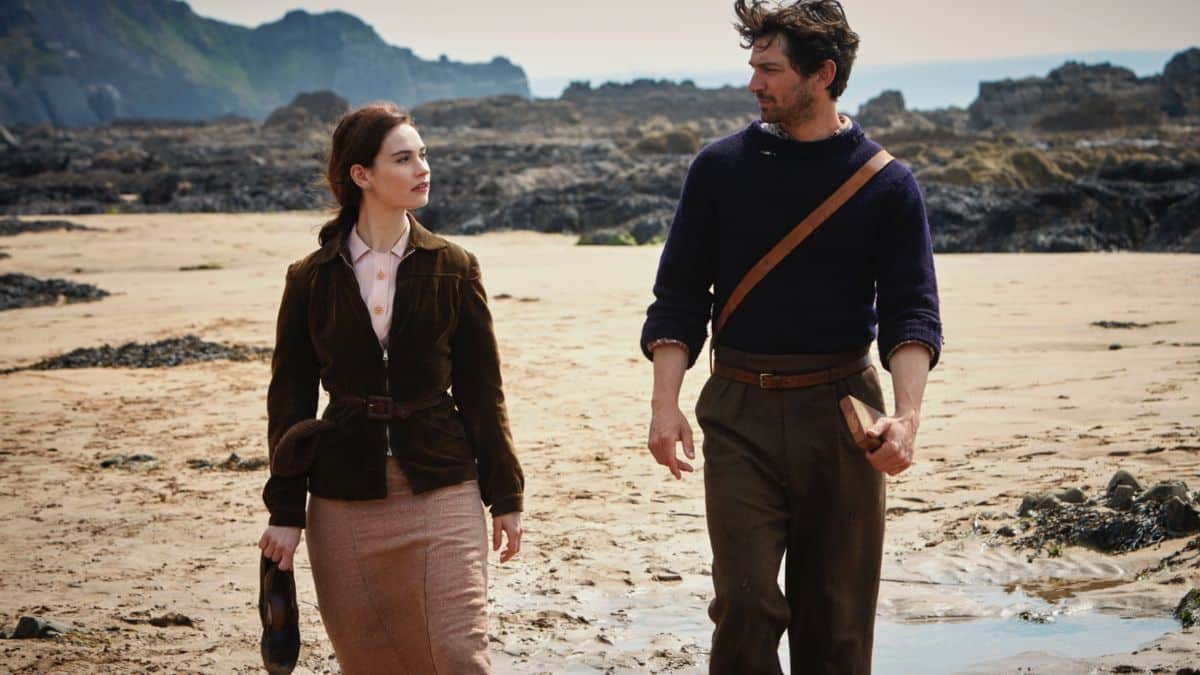 If there's one thing you should know about me, I am obsessed with finding the best rom-coms. Perhaps that's a tad bit of an exaggeration—I do have a collection of other odd qualities. Still, I am also proudly part of the audience that every sappy Hallmark Christmas movie targets.

I am a sucker for ardent declarations of love in the rain, romantically crafted love letters, and airport chases that end in hugs and kisses. That said, I am also a bit of a snob when it comes to this. I may be a genuine fan of the genre, but not all rom-coms grace my list of the best of the best. Only those I'll rewatch 121 times when I am feeling blue and drowning my sorrows in a tub of whiskey-laced ice cream made the list.

While not all movies deserve that kind of love or inspire such passion in me, what follows is a list of my favorites that do. The best part? You can stream all of these during your next Netflix (or Amazon Prime) chill session.

Domnhall Gleeson and Rachel McAdams star in this 2013 dorky and heartwarming fantasy romance directed by Richard Curtis. Tim, the show's star, discovers at age 21 that all the men in his family can travel through time. Havoc ensues as he tries to use his newfound powers to help everyone he loves, avoid regrets, and get his crush to pay him attention.

But, while time travel is a significant element in the story, this is not a film about time. It reminds us to really love the ones we love and not spend time wondering and fixing past regrets. After all, as Tim's father, played by Bill Nighy himself, reminds us, in his infinite wisdom and warmth, the present is fleeting. We must do all we can to live like each day is our first and last—like we just got a second chance at life, so we must live it to its fullest.

This one is of my favorite queer coming-of-age movies ever. Directed by Alice Wu, this 2020 film seems, at first glance, just another story about a boy who attempts to impress his crush. While doing so, he realizes his nerdy accomplice is the one he loves after all. It features intricate love letters, emotionally-charged moments, and even a train chase. Pretty cliche, right?

But this film takes cliches only to turn them on their head. It reminds us that life is not always like a movie. Reality tends to take us by surprise, pleasant or otherwise. In this rom-com, we do get handed our fair share of romantic proclamations and the sweet, simple joys and heartbreaks of teenhood. However, the film mostly sticks to an exploration of the identities, dreams, and desires of its protagonists and the stories of the people who surround and love them.

No. 3: To All the Boys I've Loved Before

I initially resisted this movie because I had read the book and loved it. Most adaptations end up doing my favorite books dirty. But, to my pleasant surprise, even when this movie veers away from the original plot and happenings now and then, it still retains the simple pleasures of the original telling. Noah Centineo as Peter Kevinsky is a sight to behold. He pretty much fits the idea of the ideal non-toxic boyfriend — caring, kind, loyal, and exceedingly good-looking.

This movie gives us everything needed for a good rom-com. We have teen drama along with heartbreakingly beautiful love letters. The film focuses less on the romance of the words. Instead, it draws our attention to the budding romance between Peter and eccentric, awkward, too-cool-for-school Lara Jean Covey.

Boy, does it do it heart-flutteringly well. My heart melted the first time Peter called her Covey. I'm also not ashamed to admit that I squealed like a teen again when Peter, in every popular 80s hero style, puts his hand in her back pocket and spins her around to kiss him. I think it is safe to say that Peter is the new generation's Danny Zuko, only, dare I say it, cooler.

Directed by Michael Fimognari, To All the Boys: P.S. I Still Love You acts as a sequel to the previous movie on this list. In this installment, Noah Centineo's Peter Kevinskey finds competition in honey-voiced John Ambrose — another kid who received one of Lara Jean's love letters.

Played by the new teenage heartthrob Jordan Fisher, John Ambrose quickly divided the movie trilogy's ardent fans into two camps. Those who remained Team Kevinskey and those who swooned over everything John Ambrose. I personally believe in Peter Kevinskey supremacy, but, boy, did Ambrose make it hard to choose.

Another sweet, teenage angst-filled tale, this film not only addresses Lara Jean's insecurities but also reminds us to question the idea of an “ideal” partner. So what if your partner does not write poems or play the piano to serenade you? Maybe they don't like the same books or play the guitar. Perhaps you fight, make up, and get your heart broken more times than you thought was possible. Maybe they always show up right when you need them to. Because that's what love is in the end, isn't it? It's showing up—on the best and the worst days.

Greg Berlanti directed this 2018 coming-of-age queer romance drama. Love, Simon addresses the age-old questions that perhaps every queer person ever has asked at least once in their lives. “Why are queer people only in heartbreaking romances? Where's our airport chase, our youthful teen heartthrob with a boombox in the rain, our mailboxes that go “You've got mail!”? All valid points. Love, Simon answers them all.

It has the bittersweet pangs of sweet new young adulthood. It deals with identity crisis, a dramatic coming-out moment, and queer friendship—with all its love and heartbreak. The story of 17-year-old Simon Spier is the angsty, fluttery, and dramatic rom-com that was missing from the repertoire of queer art. In this adaptation of the novel Simon VS the Homosapiens Agenda, the producers of The Fault in Our Stars succeeded in hitting it out of the park and nearly made pop-culture history while at it.

Jennifer Kaytin Robinson directed this 2019 movie starring Gina Rodriguez of Jane the Virgin fame. It tells us a story of healing and heartbreak, of the things we do for people we care about, romantically or otherwise. It is not just another love story unless you count the times love shows through in the power of female friendships, their losses, and moments of growth. You should also measure the time they spend learning from and romancing themselves and each other.

Someone Great is a reminder to reach back out to the friend who first told you that it was okay to get your heart broken and that she would wait on the other side with wine and chocolates.

Directed by Michael Showalter, this 2020 action adventure stars Kumail Nanjiani and Issa Rae as the lovebirds in the movie.

It begins by telling a tale as old as time. A university senior once warned me, “Never date your best friend.” Unfortunately, it seems no one reminded Issa Rae and Kumail Nanjiani's characters of the repercussions of such a seemingly bright but often wretched idea in reality. Their characters, who had been close friends for a while, started dating only to realize that just because there are fireworks when you are friends doesn't mean it will work out well if you date.

How do they overcome their differences, reconcile, and emerge as the lovebirds they are meant to be—at least if we go by the movie title? Why, by playing detective and dodging murderous villains and solving an intricate conspiracy together, of course. After all, what spells romance better than murder, mystery, and pure, unbridled hysteria?

This 2020 American science fiction romantic comedy, directed by Max Barbakow, records what it means to be stuck in a time loop, forced to live one wretched day over and over again. Chock full of nihilistic humor, this film is not just another take on Groundhog Day. While the concept may be familiar, the smartness and sassy, existential disillusionment that characterizes the movie isn't.

We watch two wedding guests develop a budding romance, and they relive the same dumpster fire of a wedding countless times. We discover that Nyles, the male protagonist, is less of an innocent man-child than he seems to be. We acquaint ourselves with the witty, wild, and extraordinarily resourceful female protagonist and the eternal bride's sister, Sarah, when Nyles accidentally drags her into the loop with him.

From the actors who play Nyles and Sarah to the colorful collection of wedding guests, they all ensure this comically macabre telling remains fresh and a favorite no matter how many times you choose to rewatch it.

While Gillian Robespierre's Obvious Child has often been, somewhat misleadingly, termed an abortion comedy, its take on abortion is not comic or nonchalant. It deals with the same and the vulnerabilities that often surround it with refreshing honesty. The film, in short, is unexpected, even at its most humorous and romantic. It deals with ideas of arrested development, the effects of obnoxiously-indulgent helicopter parenting, and the responsibilities that come with becoming an adult, whether we like it or not.

Jenny Slate handles her role as Donna, the main lead, with a disarming mix of vulnerability, awkwardness, and spontaneous humor. She uses her life as an inspiration for her art, but not as a defense mechanism or mere fodder. She uses her stories to connect and be vulnerable. How her romance with the male lead develops is also interesting, if not unique.

Even as their one-night-stand goes “wrong” and Donna falls pregnant, it does not resort to trivializing the experience. It uses gallows humor and ambushes us with emotionally real, almost too real, moments that take this film beyond what we expect, be it an abortion comedy or otherwise.

No. 10: The Guernsey Literary and Potato Peel Pie Society

The name may be a mouthful, but do not let that deter you from indulging in this warm, comfort food of a movie. Indeed, it is the ‘chicken soup for the soul' of every rom-com lover, every Jane Austen and Bronte admirer. Directed by Mike Newell, this 2018 romance drama is an adaptation of Mary Ann Shaffer and Annie Barrows' novel of the same name.

This tale takes out down the meandering streets of the isle of Guernsey shortly after the world, along with this eccentric little town, is ravaged by the impact of the Second World War.

It follows the story of an author named Juliet, who finds it difficult to assimilate into the celebration and joy that characterizes the city life after the great war. Dealing with her trauma, she journeys to the small, seemingly unassuming Guerney to meet the members of its peculiar book club.

During the journey, spiritual and literal, she finds a peace that had eluded her since the war. She finds love in her work, the stories of a woman's ghost, the warmth and disdain the villagers show her, and a curious and charming pig-farmer Dawsey.

Overall, this film gave me everything I could ask for and more from a romance, including personal growth, beautiful vales, handwritten letters, and an ending full of yearning and hope.

13 Dying Professions You Should Avoid

Beach Break: Ecsc, the Longest-running Surf Contest in the World