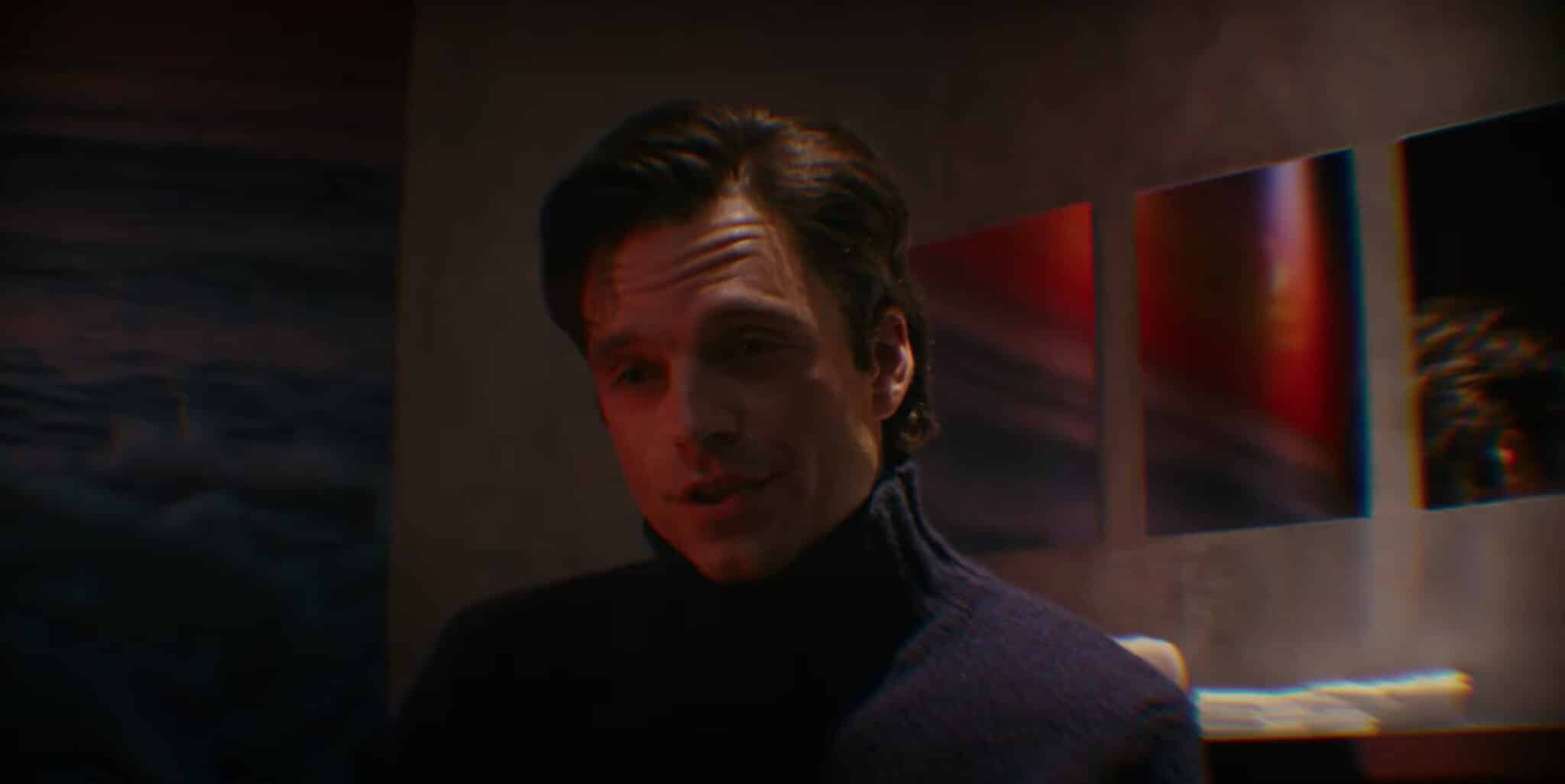 Sebastian Stan is having a moment between the much-talked-about television series Pam & Tommy, the release of the spy thriller The 355, and the rave reviews for his performance in the Sundance film Fresh. But Stan’s career goes back many years, across Marvel blockbusters, indie films, television, and theater.

Below are ten of the best Sebastian Stan movies that you can watch online, either with subscription streaming services or on VOD. I’ve left films like Black Swan, Logan Lucky, and Rachel Getting Married in which he has very small roles off of the list to focus on films in which his character makes more of an impact. I’ve also included some films that aren’t typically considered the best, but contain great or iconic performances from Stan.

Stan has portrayed Bucky Barnes, the best friend of Steve Rogers, over the course of numerous films in the Marvel Cinematic Universe. Aside from the new Disney + series The Falcon and the Winter Soldier in which he had a central role, most of his screen time occurred in the Captain America trilogy. From a self-assured World War II soldier to a brainwashed Hydra asset, Stan’s performance has brought something special to the role and he has excellent chemistry with both Chris Evans and Anthony Mackie.

I’ve chosen to specifically single out Captain America: The Winter Soldier because it’s the best showcase for Stan’s acting. He has few lines in the film but creates a menacing presence as the Winter Soldier with merely his physicality. It’s a definitive departure from how he played the character pre-Hydra in Captain America: The First Avenger, shocking both the audience and Steve Rogers with who he has become. And his line, “Who the hell is Bucky?” has become iconic amongst MCU fans.

Captain America: The Winter Soldier is available to stream on Disney+.

This 2015 sports comedy, directed by Bryan Buckley, might not have the best reputation, but it’s certainly much-watched amongst fans of Stan’s work. A former Olympic gymnast, who won a bronze medal, Hope is coasting on her celebrity status in her hometown since an injury forced her to give up the sport. When her former coach dies, leaving the request that she take over the training of her star pupil Maggie, who has the potential to make it to the Olympics, Hope balks at the thought of the young girl overshadowing her.

However, arrogant Gold Medalist Lance, played by Stan, is enough to motivate Hope to take Maggie’s training seriously. He’d rather take over as Maggie’s coach himself and hopes to push Hope out of the scene. He’s an incorrigible flirt and there’s a rather memorable raunchy scene full of gymnastics. Stan has a history of playing smug bad boys (hello Carter Baizen on Gossip Girl) and this role is certainly indicative of that.

The Bronze is available to stream on Hulu.

In 2015, Ridley Scott released The Martian based on the book by Andy Weir. It follows an astronaut’s struggle to stay alive on Mars after being left behind and presumed dead while on a mission. It also tracks the rescue efforts of his crew, and NASA at large, to bring him back home once they receive word of his survival.

Matt Damon portrays Mark Watney, but the supporting cast is full of impressive names, including Jessica Chastain, Kristen Wiig, Jeff Daniels, Kate Mara, Donald Glover, and Chiwetel Ejiofor. Stan plays Dr. Chris Beck, the flight surgeon for the astronaut crew. His screen time in the film is limited, but it notably marks his first collaboration with Jessica Chastain; the pair have a new film out in theaters now, The 355.

The Martian is available to stream on Direct TV.

Craig Gillepsie’s black comedy biopic of Tonya Harding was released in 2017 to rave reviews. Margot Robbie stars as the titular character with Allison Janney as Harding’s mother and Stan as her ex-husband Jeff Gillooly. The film was made in a mockumentary style with interviews with the characters, playing around with the idea of unreliable narrators and the questions around what really happened between Harding and Nancy Kerrigan.

Robbie’s performance is definitely the star of the show, but Stan is also fantastic as her husband. The couple’s relationship is tumultuous and eventually turns abusive, but Stan walks the delicate line between portraying the humor in the script and taking the horrible things that Gillooly did seriously. Having studied interviews with Harding’s husband and been outfitted with a mustache to look more like him, Stan does an excellent job of bringing him to life on the screen.

I, Tonya is available to stream on Hulu.

The 2018 crime drama by Karyn Kusama follows an LAPD cop who must reckon with the demons of her past when a case leads her back to the gang that she went undercover to join years before. Nicole Kidman proves her versatility as she’s nearly unrecognizable as the tough, street-wise Erin. Stan plays an FBI agent who infiltrated the gang with Erin and ended up in a romantic relationship with her.

Destroyer is very much Kidman’s show, but the supporting cast from Tatiana Maslany to Toby Kebbell also deliver good work. Stan’s character Chris is only seen in a series of flashbacks that appear throughout the film, allowing the audience to understand what happened sixteen years before and why Erin has a vendetta still to settle with the gang. It’s a grittier role than Stan is typically cast in, but he absolutely proves that he can play this type of character.

Destroyer is available to stream on Hulu.

We Have Always Lived in the Castle

This is another film that is somewhat lacking in its own merits but features a fantastic performance from Stan. The 2018 mystery thriller directed by Stacie Passon is based on the 1962 Shirley Jackson novel of the same name. Two sisters, played by Taissa Farmiga and Alexandra Daddario, live in their family’s isolated mansion with their ailing uncle, but the delicate balance of their lives is upset when their cousin Charles descends upon them and they’re forced to reckon with family secrets they’d rather ignore.

Set in 1960s Vermont, it’s one of the few period dramas that Stan has ever been a part of. His portrayal of Charles is all old-fashioned smooth-talking, peppered with violent outbursts that are as startling for the audience as they are for the sisters. He does such an excellent job at playing a Gothic villain that it’s surprising he hasn’t booked another period drama since.

We Have Always Lived in the Castle is available to stream on Netflix.

Drake Doremus’s Endings, Beginnings romantic drama was not well received when it was released in 2019, but enough clips of it have found their way onto TikTok to cause a resurgence in people watching it over the past couple of years. The story is a classic love triangle as artist Daphne, still recovering from a bad break-up, finds herself drawn to two men with very different personalities (but very similar looks) who also happen to be close friends. Shailene Woodley, Stan, and Jamie Dornan bring enough sizzle to make this watchable even though the main character is largely annoying.

Stan proves his abilities as a romantic lead, perfectly portraying the charm of adventurous bad boy Frank in contrast to Dornan’s more intellectual, mature Jack. The fact that the film works at all is entirely due to the chemistry between both couples and Stan and Dornan being charismatic enough in their own ways to create a believable dilemma for Daphne.

Endings, Beginnings is available to stream on Kanopy.

In 2019, Todd Robinson’s war drama depicted the true story of how a Pentagon staffer and a group of veterans worked to get the Medal of Honor awarded to an Air Force Pararescueman who was killed in action during the Vietnam War. William H. Pitsenbarger helped to save over sixty men, going above and beyond what was expected of him and ultimately sacrificing his life. Most of the film is focused on the battle to get Pitsenbarger the posthumous honor that the men he served alongside and whose lives he saved thought he deserved, but there are also flashbacks to the war itself.

The film, while it has some issues with its script and direction, has an astoundingly star-studded cast including William Hurt, Ed Harris, Samuel L. Jackson, and Diane Ladd. Notably, it was the last film of both Christopher Plummer and Peter Fonda, each an acting legend in his own right, before their deaths. Stan portrays Scott Huffman, a politician based on William Parker Hayes Jr., who is initially reluctant to take on the investigation, but bonds with the veterans and has a change of heart. Stan has spent much of his career in supporting roles and the role of Scott marks him stepping into a leading role in a mid-budget film.

The Last Full Measure is available to stream on fuboTV.

Argyris Papadimitropoulos’s 2020 film Monday follows a pair of American ex-pats in Greece as they fall in love and then their relationship starts to break apart. With gorgeous scenery as their backdrop, Stan and Denise Gough infuse the characters of Mickey and Chloe with empathy, but also plenty of flaws. It’s an exploration of how love between two people can crumble under the pressures of everyday life together that also culminates in a wild scene of self-destruction.

Stan is at his most charming perhaps ever in Monday. He has the right charisma to portray a character whose immaturity holds him back from being a proper partner, but who has a magnetic pull that makes Chloe want to stay with him. In the final scenes of the film in which the cracks in their relationship come to the light, he allows the emotions to play out on his face so plainly that the audience can practically see his thought process as he decides to abandon himself to a series of bad decisions.

Monday is available to stream on fuboTV.

Fresh made a splash at the Sundance Film Festival for its chilling premise and strong performances. Mimi Cave’s directorial debut taps into women’s fears about dating as Noa’s budding relationship with Steve takes a turn for the sinister. Daisy Edgar-Jones and Sebastian Stan both give strong, arguably career-best performances, perfectly making the shift from the film’s rom-com first act to a thriller.

Stan has charm in spades, so it’s no surprise that he’s able to pull off the role of an earnest young doctor falling in love with the film’s heroine. What’s a bit more unexpected is how easily he slides into a more camp persona as the film goes on, with a memorable scene of him in the kitchen dancing and singing along to music not long after the dramatic reveal of who he really is. He is once again able to straddle a line between dark comedy and frightening realism so that the audience experiences the same push-and-pull with him that Noa does.

Fresh will be available to stream on Hulu starting March 4.

Sebastian Stan has had an amazing career over the past years in a wide range of genres of films, balancing both smaller-budget indie movies and big blockbusters. He’s played a variety of different types of roles from the MCU’s Bucky Barnes to romantic heroes to actual people. He’s definitely an actor who chooses interesting roles and we can’t wait to see what he does next.