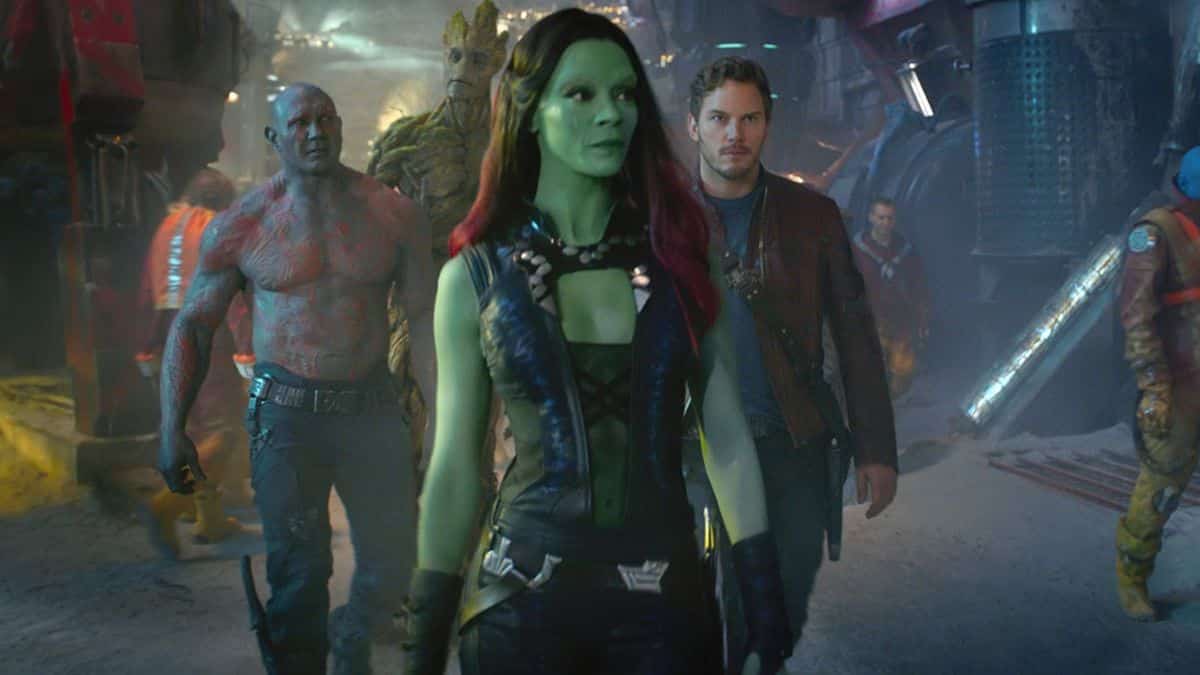 Do you have a favorite superhero film you expect to be on this list? Recently someone asked, “Wanted to get the consensus on the best superhero film among Letterboxd users. Unfortunately, the Dark Knight is banned from this as we know it would win.” Here are some of Reddit's top answers.

The comic book adaptation explores an alternate 1985 in America where superheroes exist in everyday life. This dark dystopian breakdown of the superhero film genre shows one of the last active vigilantes, Rorschach, being called on for help when one of his friends is murdered. Unfortunately, Rorschach uncovers an intricate and deadly plot to murder and disgrace all heroes, active and retired.

Infinity War concludes all the events leading up to this point in the MCU. The Avengers encounter Thanos, The Mad Titan, who has been orchestrating all of the extinction-level events the heroes have thwarted. The heroes must sacrifice it all to stop Thanos, which may not be enough.

Guardians of the Galaxy is based loosely on the comics of the same name created by Stan Lee. It follows a band of space misfits brought together by a single cause. In this movie, Peter Quill and a group of intergalactic criminal extraterrestrials go on the run after stealing a powerful artifact.

In addition, they must evade a radical warlord bent on purging the universe. GOTG has an ensemble cast including Chris Pratt, Zoe Saldaña, and Dave Bautista, plus the voices of Vin Diesel and Bradley Cooper as the titular Guardians.

Unbreakable is a superhero thriller film and the first installment in the Unbreakable series. When the news of David Dunn's miraculous survival gets out, an individual with curiosity about his abilities begins to show up. Elijah Price manipulates Dunn to gain a better understanding of him.

Blade is a superhero horror film based on the Marvel comic. Blade is a half-vampire, half-mortal man (Dhampire) who becomes the protector of the mortal race. This half-mortal, half-immortal is on a mission to avenge his mother's death while slaying evil vampires.

However, in his fight against this modern-day tech-savvy breed of Vampires, Blade has no idea that he is the key to their secret plot. Wesley Snipes stars as the title character. With Stephen Dorff, Kris Kristofferson, and N'Bushe Wright in supporting roles in the film.

Batman Returns is a superhero film based on the iconic DC superhero of the same name. Michael Keaton returns to reprise his role as the title character.

Additional cast includes Danny DeVito, Michelle Pfeiffer, Christopher Walken, Pat Hingle, Michael Gough, and Michael Murphy. While Batman is dealing with a cruel businessman seeking power at all costs, he encounters a deformed man calling himself The Penguin, wreaking havoc across Gotham. A withdrawn former employee of the businessman later returns with her own vendetta.

Based on the popular Marvel comic, Spider-Man 2 is the sequel to the 2002 Spider-Man, directed by Sam Raimi. It's also the second film in the Raimi trilogy. Tobey Maguire returns to the screen as Spidey. In addition, Kirsten Dunst and James Franco reprise their roles as Peter's love interest and best friend. Alfred Molina, Rosemary Harris, and Donna Murphy also star in the movie.

Two years after the events of the first Spider-Man, a failed nuclear fusion experiment explodes, claiming the life of Dr. Otto Octavius' wife. So naturally, Dr. Octavius blames Spider-Man and becomes the menacing Doc Ock. Meanwhile, Peter is dealing with existential crises that seem to be affecting his abilities.

Logan is a superhero film starring Hugh Jackman as the titular character. The final chapter in the Wolverine trilogy is based loosely on the Old Man Logan comic storyline. In a not-so-distant future, mutants are nearly extinct, and Logan is growing elderly and weary. To lead a quiet life, Logan looks after a highly sick Professor Xavier.

When a young girl named Laura seeks Wolverine's assistance, he reluctantly aids the little girl. It stars Patrick Stewart, Richard E. Grant, Boyd Holbrook, Stephen Merchant, and Dafne Keen. This is the tenth film in the X-Men and the third and final install of the Wolverine trilogy.

Spider-Man: Into the Spider-Verse is a computer-animated superhero film and the first animated film in the Spider-Man franchise. Shameik Moore voices the teenage protagonist, Miles Morales. Teen Miles is transformed into the Spider-Man of his universe but must join with other Spider-Powered individuals from their universe to save their collective universes.

The Incredibles is a computer-animated superhero film produced by Pixar Animation Studios and released by Walt Disney Pictures. Mr. Incredible and Elastigirl hide their powers per an order from the government and try to lead a quiet suburban life while raising their three children. However, Bob's family of undercover superheroes is forced into action to save the world in a confrontation with a vengeful fan-turned-foe.

What do you think? Did Reddit get this right, or is something significant missing from the list? Check out the top underrated superhero films.

The Fun Never Ends in Boise: The West’s Best-Kept Secret