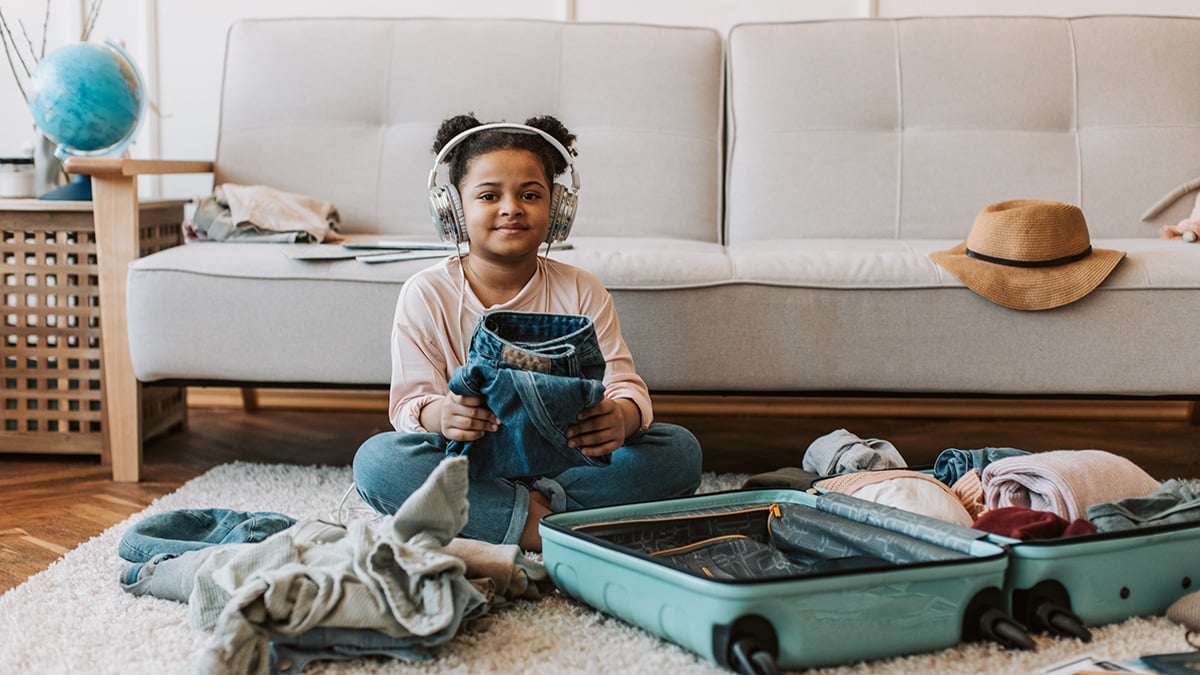 All children need to experience the joy of adventure. And certainly, special-needs children are no exception to that rule.

It's empowering for parents like Molly David, whose daughter, Reagan, is 22 and has severe disabilities, to break the stereotype that their children are unable to live full lives. David has always taken her daughter on family outings, since she was a baby. “It has allowed Reagan to be fully part of our lives. It never occurred to us to not travel with her,” David says.

David believes that bringing her daughter along on trips positively impacts the people they meet. According to her, other people need to see Reagan travel and enjoy these experiences. “When we were in Myrtle Beach in July,” she says, “some people seemed shocked to see her in the ocean in her beach wheelchair. Many people didn't even know that these types of chairs existed. So, an added benefit is that we educate others.”

While traveling is more complicated (at first) and sometimes stressful, David admits that it is totally worth it. Her daughter's joy, apparent in the way she “lights up” when she sees her beloved Disney characters at Disney Parks, and other shared experiences, David notes, are treasured family memories.

Travel is unquestionably one of the best ways to strengthen family relationships and create lasting memories. If you, like David, wish to make travel joyful for a special-needs child, here is some professional advice on how to make your child's experience enjoyable.

Dawn Barclay is the author of Traveling Different: Vacation Strategies for Parents of the Anxious, the Inflexible, and the Neurodiverse (Rowman and Littlefield, 2022) and the special needs contributing editor for InsiderTravelReport. Barclay advises starting small to assist your kid in becoming mentally ready for the activities ahead. Here are some suggestions she makes:

Preparing thoroughly helps to ease your child's anxiety and prepares them for the trip's new experiences. According to Barclay, the following tips can help you prepare in advance:

Ultimately, the trip should be about your child; as such, Barclay emphasizes allowing them to have a say and considering their choices and interests when deciding where to visit. She suggests the following ways to make this happen.

Barclay notes that these tips are key to traveling with children with invisible disabilities such as autism spectrum disorder, ADHD, bipolar disorder, and more. According to the author, the most important thing to understand is that all children crave routine and predictability, and travel pulls them out of that routine. As such, creating predictability is a matter of making the unfamiliar familiar to them.

According to Jared Kiddoe, child, adolescent, and adult psychiatrist, many special-needs kids, including those on the spectrum, have significant environmental sensitivities to light, smells, touches, and sounds. Often, these kids may be on the autism spectrum, but other kids with diagnoses such as ADHD or those with sensory processing disorders may also struggle with this.

Certain loud noises that we may easily filter out into the background can be overwhelming and even painful for certain special-needs kids. For example, there are many loud noises at airports and in airplanes, from plane engines to the cacophony of large crowds traversing the airport, continuous construction, and overhead announcements continually broadcast over speakers in the airport.

Car rides can also get pretty loud, especially with families where there may be a lot of loud laughing or even squabbling amongst siblings.

Since all these environments can be overwhelming, noise-canceling headphones, according to the psychiatrist, can turn overwhelming situations into manageable ones, allowing kids to still participate in the necessity of travel without having a terrible experience.

“The gentle sounds and smell, not to mention nature,” Kiddoe says, can calm even the most behaviorally challenged child. He adds that being in nature also exposes children to sunlight, which helps build Vitamin D, an essential element in helping to fight depression.

It's also an opportunity to disconnect from technology. Many children with special needs use too much technology as it may be an easier way for caregivers to get a break from some of their more disruptive behaviors.

So finding ways to be outside in nature during trips, Kiddoe says, is a great alternative with none of the downsides of excessive technology time. He further notes that visiting national parks give kids the opportunity to see nature at its peak. Plus, individuals with disabilities are entitled to a free lifetime pass from National Parks Service. Places like the Grand Canyon or forest parks allow children to see the grand scale of nature and its wonder. It's calming and exciting for many children to see these beautiful sights!

“Interactive kids and touch museums,” Kiddoe says, “allow for a wide variety of sensory engagement in a way that is not often possible in everyday life.” This type of stimulatory interaction, according to the child psychiatrist, can be very calming and engaging. It can also help special-needs kids learn information in ways traditional classrooms do not offer.

Overcoming the fear of traveling is the most difficult challenge. Still, once parents get the hang of planning ahead and figuring out the best routes, taking a disabled child on the road becomes second nature.