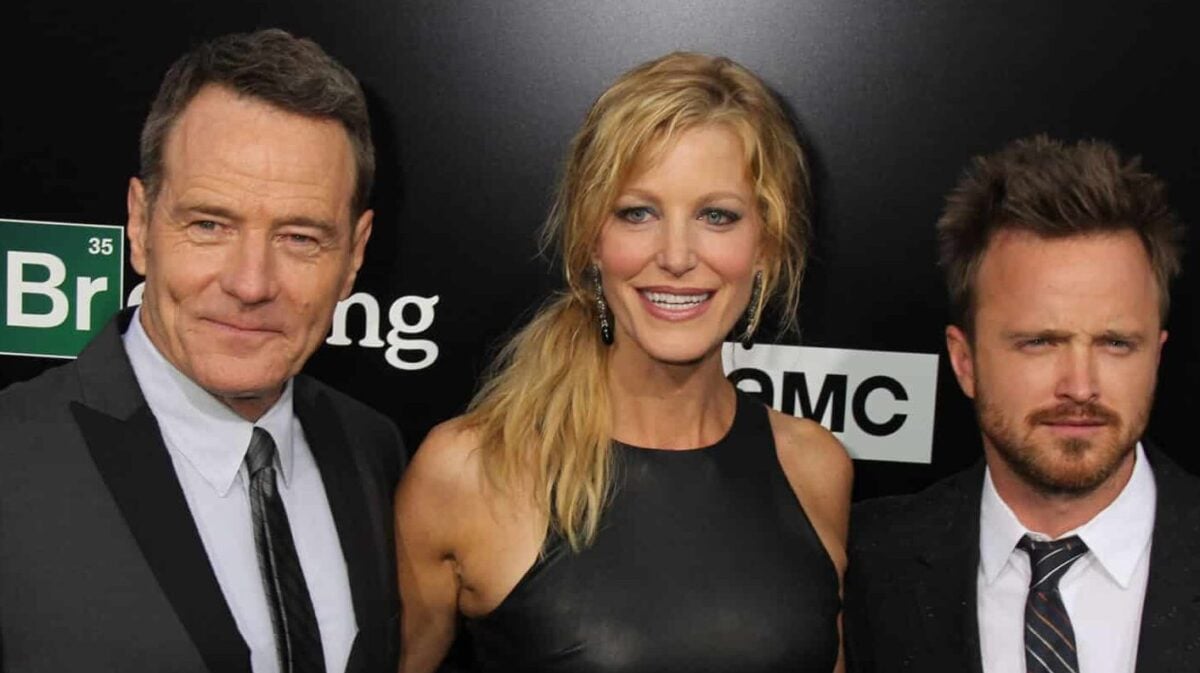 What television series would you vote for that had the best series finale of all time?

Redditor u/asgard13 asked, “In your opinion, which show had the best series finale.” They nominated their favorite as Star Trek: The Next Generation – ‘All Good Things Parts 1 and 2.'”

Close to 1500 Redditors commented with their favorite series finales ever. Here are the top ten answers. This article contains spoilers.

Redditor olechunkacoal admitted, “I had to scroll way too far to find someone who says this.” Lilpims suggested, “People are too young. It's crazy to me that so few people even know this show.”

Redditor thalo616 stated, “My pick, too. It gave us true closure and packed more emotion into it than some other shows' entire run. I ugly cried.” Finally, Miajere-here added, “I still get chills when I listen to that song by Sia. It is the best season finale ever.”

Redditor VaATC asked, “Did you know the real-world Baltimore PD (Maryland) got busted for basically the same thing they did in the final season…a decade after the show ended?”

They continued, “It was the same down to the Fed's having to throw out between 300 and 500 cases from the Federal courts.”

Redditor bookcaseboss stated, “It took me WAY too long to find Bojack. The most phenomenal ending I've ever seen to a TV show.” User teelop added, “People underestimate it because the first episode is kind of silly and talking horse cartoon, but it gets soo good. Pretty quickly after that.”

Redditor bookcaseboss agreed, “I hate having to convince people to watch almost an entire television season. That's only ok, with the promise that my favorite show of all time starts after.”

They continued, “And you can't even start with season 2 because the rest of the show assumes you watched season 1.”

Finally, PaulMSURon admitted, “It also hurts your soul to watch. It is so good, but not a show you can just binge. Some of the episodes have to be processed.”

Another user, berlinbaer, agreed, “It's such an incredible run overall. Unfortunately, it started as a decent but generic case of the week show with little character development.”

They continued, “And then slowly but suddenly, a bigger picture and narrative emerges, and it turns into an overarching storyline, and it all somehow goes entirely off the rails.”

Finally, they concluded, “But also still stays true to the characters and everything, even with callbacks to earlier season. It's so good.”

Freakazoidberg agreed, “The Good Place had an amazing finale. Probably the most satisfying and thought-out one.” Gastroid added, “I love how the show introduced an audience to Eastern philosophy that they might not have been familiar with.”

They continued, “The whole show is filled with lessons from great Western moral philosophers, ending with the inclusion of another perspective altogether.”

Redditor daric added, “The ending concept too is pretty Eastern. Instead of heaven, you have the negation of the self, which is core to many Eastern traditions.” Finally, Nythoren stated, “The Good Place ending was nearly perfect. It wasn't afraid to be both hopeful and maudlin simultaneously.”

Latter_Feeling2656 suggested, “The best is probably the one to Blackadder Goes Forth, which I believe was also expected to be the last of the four Blackadder series.”

They quoted, “Better than my plan to get out of here by pretending to be mad. Who would have recognized another madman around here.”

Redditor ridingforfood stated, The best IMO is The Americans. It gave me everything I wanted in a finale, including the one scene I had been waiting for between two of the main characters. No spoilers. The best show of the last ten years.”

User littlevai added, “THAT PARKING GARAGE SCENE! That was one of the best moments in television history. Freaking incredible.”

Finally, supes1 stated, “The Americans finale was remarkable in that it completely subverted everyone's expectations while all the characters still acted in a way that made perfect sense.” They concluded, “The finale prediction threads are kind of hilarious in retrospect with how utterly wrong everyone was.”

SPOILER. Sum_Dum_Gui nominated, “Newhart – Bob Newhart wakes up from a dream, and he is in bed with his wife from his previous series, The Bob Newhart Show.”

Several people agreed it was genius. Redditor lostinthought15 added, “The standard of which all finales should be judged.” Emily_Postal said, “It was a riff on Dallas where they decided that he being dead was all a dream to bring back a dead character. Newhart was a genius.”

SerAlynTheBold nominated, “Avatar the Last Airbender. I know it's a kids' show, but I've never seen a show that felt more complete at the end than that one.”

Striball added, “Watching Avatar the Last Air Bender as an adult is the best way to watch it. The writing is actually incredible, and all the lore behind the Avatar world is also crazy.”

Redditors argued whether or not to include Season 9 of Scrubs with the interns as a Scrubs season but ultimately decided it's a stand-alone, and the show ended on season 8.

Redditor ready_ready mentioned, “There have been a lot of comments about season nine, but can we talk about that season 8 finale for a moment? It's so satisfying as a viewer.”

They elaborated, “You get the endings you want, but because they are fantasy, it doesn't just feel like a giveaway. They are hopes and dreams.”

Finally, they concluded, “The music was so perfectly selected. And when the custodian rips the sheet down at the end, that seals it, it's over. It's perfect, and I cry like a baby every time I watch it.”

Ginganaut agreed, “Mr. Robot was such a criminally under-watched show. I can't get any friends through the second season, and it's such a shame because the 3rd and 4th seasons are so good.”

The_R3med added, “God that Mr. Robot finale was so perfect. The whole last season was incredible. Like pitch perfect, every episode.”

Redditor fukdatsonn said, “Man. The Breaking Bad finale was perfect and very memorable. The “I did it for me” scene and the final scene of that show wrecked me.”

HailToTheThief225 admitted, “I wish I could unwatch the last four episodes of Breaking Bad, if not the whole series, so that I can experience it again.” CMelody added, “Breaking Bad is the only series I have ever watched where there were no stinker or meh episodes.”