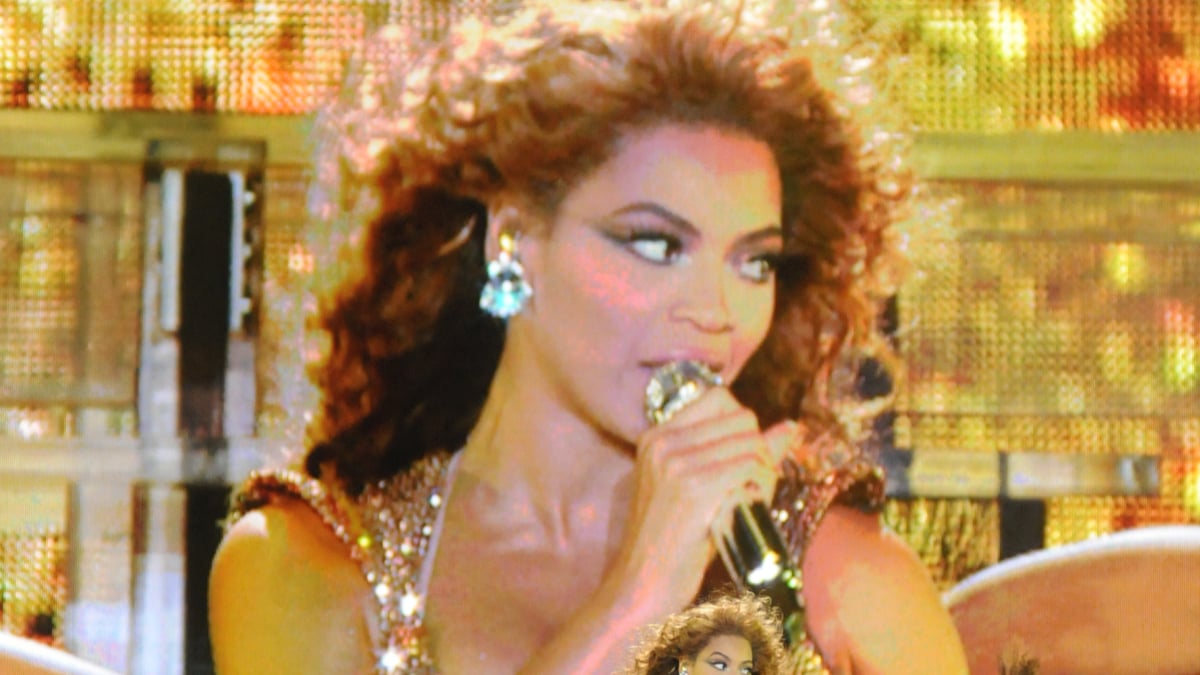 Not many female or male artists can confidently say they have conquered the music industry. Beyonce can say that as she has risen to be one of the most iconic performers of her time. Beyonce’s net worth is growing. Her work ethic is crazy; some have even likened her energy on stage to the legendary Micheal Jackson. More so, I can confidently say that Beyonce is indeed the Queen.

Before discussing Beyonce’s net worth, let’s talk about the beginning. Beyonce Giselle Knowles was born in Houston, Texas, on September 4, 1981, to stylist and salon owner Celestine “Tina” Knowles and Xerox sales manager Mathew Knowles. Tina is a Louisiana Creole, while Mathew is African American.

Beyoncé was given her mother’s maiden name. Solange Knowles, her younger sister, is also a singer and a former Destiny’s Child backup dancer. Beyoncé and Solange are the first sisters to have two No. 1 albums in the same year.

Beyoncé was raised as a Catholic and studied at Houston’s St. Mary’s Montessori School, where she took dancing courses. Darlette Johnson, a dance instructor, discovered her singing talent when she began humming a tune, finished it, and was able to hit the high-pitched notes.

Beyoncé’s passion for music and performance grew after winning a school talent contest at seven, singing John Lennon’s “Imagine” to edge out 15/16-year-olds.

In the fall of 1990, Beyoncé enrolled in Parker Elementary School, a music magnet school in Houston, where she sang with the school’s choir. She also went to the High School of Performing and Visual Arts and, subsequently, Alief Elsik High School. Beyoncé performed as a soloist in the choir at St. John’s United Methodist Church for two years.

When Beyoncé was eight, she and her childhood friend Kelly Rowland met LaTavia Roberson at an all-girls entertainment group audition. They were put in a group called “Girl’s Tyme” with three other girls and rapped and danced on the Houston talent show circuit.

After viewing the quintet, R&B producer Arne Frager took them to his Northern California studio and made them a cast in Star Search, the most popular talent show on national television at the time. Unfortunately, Girl’s Tyme wasn’t the favorite on the show, and Beyoncé subsequently stated that the song they sang was terrible.

Beyoncé’s father had to quit his job to manage the group in 1995. Her family’s income was cut in half due to the relocation, and her parents were forced to live in separate residences. Mathew reduced the original lineup to four members, and the group continued to perform as an opening act for other well-known R&B female groups.

The girls auditioned for record labels and were eventually signed to Elektra Records, transferring momentarily to Atlanta Records to work on their first song, only to be dropped by the label.

This put more pressure on the family, and Beyoncé’s parents eventually went their separate ways. Dwayne Wiggins’ Grass Roots Entertainment signed the group on October 5, 1995. The Knowles family reunited in 1996, and the girls began recording their first album under an arrangement with Sony Music. Shortly after, the group signed a deal with Columbia Records.

In 1996, the group changed its name to Destiny’s Child, following a verse from the Book of Isaiah. Their big-label debut single “Killing Time” was featured on the 1997 film Men in Black soundtrack. “No, No, No,” the group’s debut song and first huge smash, was released in November.

In February 1998, they released their self-titled debut album, which placed the group as a major act in the music industry, with moderate sales and three Soul Train Lady of Soul Awards for Best R&B/Soul Album of the Year, Best R&B/Soul or Rap New Artist, and Best R&B/Soul Single for “No, No, No.”

Survivor, their third album, released in May 2001, produced two number-one singles, “Bootylicious” and “Survivor,” the latter of which earned the group a Grammy Award for Best R&B Performance by a Duo or Group with Vocals. Following the release of their holiday album 8 Days of Christmas in October 2001, the band announced a break to pursue individual careers.

Beyoncé’s debut solo recording featured on Jay-Z’s song “’03 Bonnie & Clyde,” which was released in October 2002 and peaked at number four on the Billboard Hot 100 chart in the United States. Beyoncés debut solo album “Dangerously in Love” was released on June 14, 2003.

The album sold 317,000 copies in its first week, reached the top of the Billboard 200, and sold 11 million copies globally. The album’s lead track, “Crazy in Love,” featuring Jay-Z, became Beyoncé’s first number-one single in the United States as a solo artist.

In November 2003, she went on the Dangerously in Love Tour in Europe. She later toured North America with Missy Elliott and Alicia Keys for the Verizon Ladies First Tour. In addition, Beyoncé sang the American national anthem at Super Bowl XXXVIII on February 1, 2004, at Reliant Stadium in Houston, Texas.

Her second solo album, B’Day, was released in the United States on September 4, 2006, to commemorate her twenty-fifth birthday. It sold 541,000 copies in its first week and debuted at the top of the Billboard 200, becoming Beyoncé’s second number-one album in the United States. In addition, the lead song from the album, “Déjà Vu,” featuring Jay-Z, peaked at number five on the Billboard Hot 100 list.

Her debut acting appearance in 2006 was in the comedy movie The Pink Panther, in which she co-starred with Steve Martin and grossed $158.8 million at the global box office.

On June 26, 2011, she became the first solo female performer to headline the main Pyramid Stage at the Glastonbury Festival in over twenty years. Two days later, her fourth studio album, 4, was released in the United States. 4 sold 310,000 copies in its first week and debuted at the top of the Billboard 200 chart, giving Beyoncé her fourth number-one album in the United States.

Beyoncé premiered “Formation” and its music video officially on the music streaming platform Tidal on February 6, 2016, and the song was made available for download. In addition, during the NFL Super Bowl 50 halftime performance, she performed “Formation” live for the first time.

Beyoncé voiced the character of Nala in The Lion King reboot, which was released on July 19, 2019. Beyoncé featured on the movie’s soundtrack, alongside Donald Glover, Billy Eichner, and Seth Rogen, released on July 11, 2019, with a rendition of the song “Can You Feel the Love Tonight,” which was originally composed by Elton John.

After collaborating on “’03 Bonnie & Clyde,” which appeared on Jay-seventh Z’s album The Blueprint 2: The Gift & The Curse, Beyoncé began dating the rapper. Beyoncé played Jay-girlfriend Z’s in the song’s music video, fueling rumors about their relationship. Beyoncé and Jay-Z married privately on April 4, 2008.

As of April 2014, the pair had sold 300 million records. They are well-known for their intimate relationship, yet they have become more casual in recent years. Both have admitted that their marriage suffered due to Jay’s infidelity.

Beyoncé had a miscarriage in 2010 or 2011, calling it “the saddest thing” she has ever experienced. She returned to the studio to deal with the loss and wrote music. Beyoncé and Jay-Z flew to Paris in April 2011 to shoot the album cover for 4, and she surprisingly became pregnant there.

After the release of Lemonade, which featured the track “Sorry,” in 2016, rumors surrounding Jay-Z’s alleged adultery with a mistress known as “Becky” surfaced. According to Jon Pareles of The New York Times, many of the claims were “aimed explicitly and recognizably” at him.

Beyoncé announced that she was pregnant with twins on her Instagram account on February 1, 2017. Within eight hours, her post received over 6.3 million likes, setting the global record for the most-liked image on the platform at the time. Beyoncé posted the first photograph of herself with the twins on her Instagram account on July 13, 2017, confirming their birth date as a month before, on June 13, 2017. The post was the second most liked on Instagram, behind her own pregnancy post.

In 2008, Forbes magazine began reporting on Beyoncé’s earnings, estimating that the $80 million she earned between June 2007 and June 2008 for her songs, tour, films, and clothing business made her the world’s highest-paid music star at the time, surpassing Madonna and Celine Dion.

Beyonce’s net worth is estimated to be $500 million in 2021. She is one of Hollywood’s highest-paid celebrities. Her music, concert tours, and acting provide most of her income.

This article was produced by The Scorching Point and syndicated by Wealth of Geeks.

How to Access Free Wi-Fi Anywhere in the World

These 7 Brokerages Will Give Free Money to New Investors