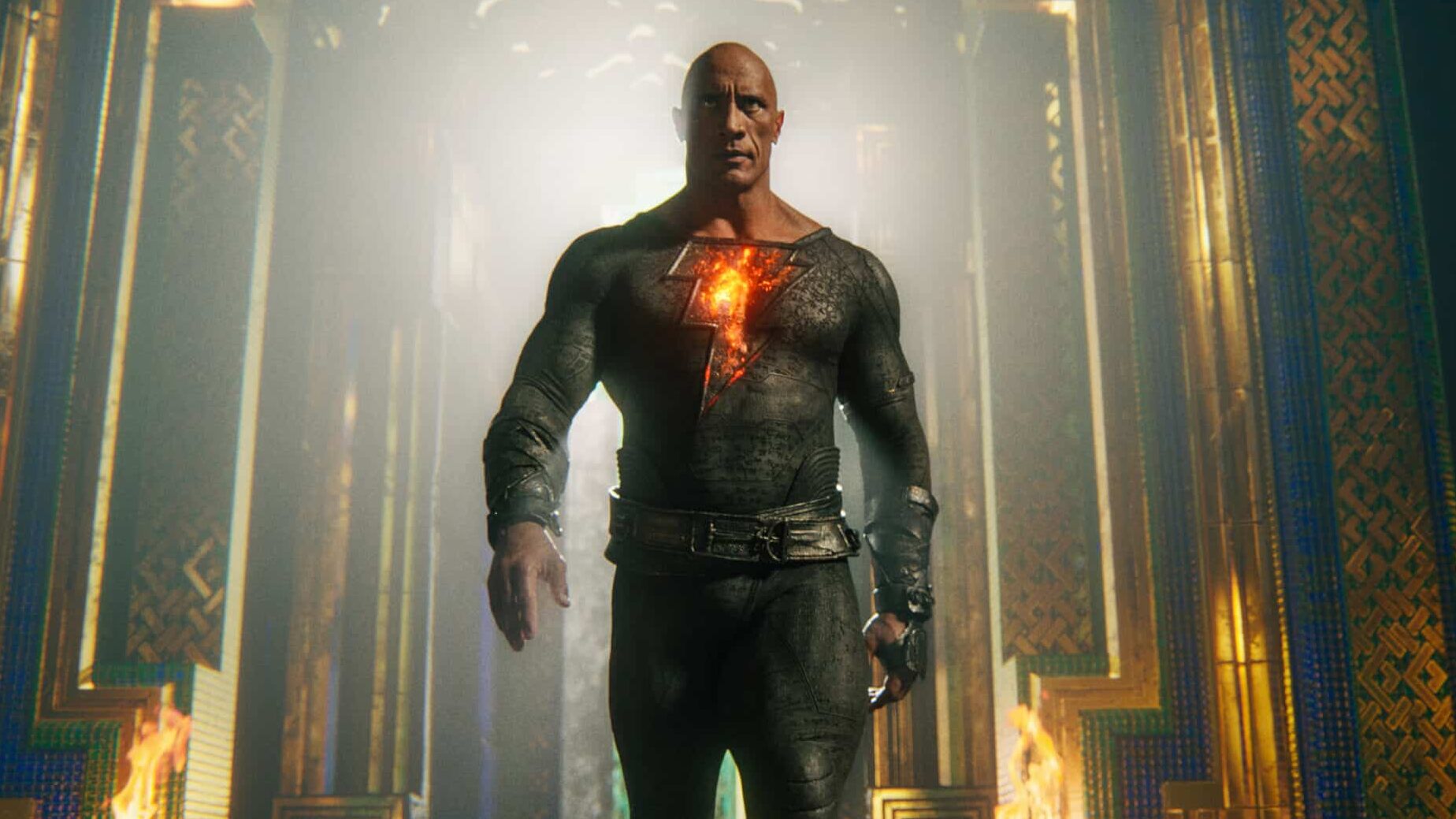 With this year’s The Batman, Warner Brothers seemed to have escaped the curse of the Snyderverse and its dream of being a crossover-heavy bargain basement knock-off of the MCU.

The Batman wasn’t the masterpiece some have claimed, but it was at least committed to doing its own thing and telling its own story, rather than trying to jumpstart an epic serial with a bunch of insufficiently developed characters and a dream of Marvel financials.

Alas, though, Jaume Collet-Serra’s Black Adam flexes its mighty thews and goes crawling back to the same ill-considered, wannabe formula. Only this time the movie doesn’t even have Zack Snyder’s overly airbrushed, dimly lit, but occasionally striking visuals to recommend it.

But to the extent that the narrative matters, it start 5000 years ago in the ancient, vaguely Middle-Eastern city of Kahndaq, where the evil king Anh-Kot forces his people to dig for the metal Eternium so he can forge the evil crown of Sabbac. A hero rises up to confront him and is granted magical superhero powers by a group of wizards when he says the word “Shazam!”

The hero and villain battled in this long ago past, and there was much destruction.

Fast forward to present day (more or less), and Kahndaq is ruled by the tyrannical Intergang (yes, it’s called Intergang. Don’t blame me.) Intergang wants the crown of Sabbac because Intergang Sabbac sounds like a confused grindcore band, maybe?

Anyway. They want it, and try to steal it from professor Adrianna Tomaz (Sarah Shahi) and her son Amon (Bodhi Babongui). Somewhere in there, Adrianna says the magic word summoning Teth Adam (Dwayne Johnson), ancient hero, back from the dead to defend Kahndaq.

You’d think that would be plenty to fill out a two-hour movie, but nooo. This is DC, and they are desperate to introduce a whole bunch of heroes that they can maybe put in other movies later the way Marvel does, because who wouldn’t want to be Marvel?

So the Justice Society shows up, led by Hawkman (Aldis Hodge) and Doctor Fate (Pierce Brosnan.) They are there to stop Teth Adam from doing something or other. But anyway. They’re there. Watch for them in other movies, which will be coming if this one somehow doesn’t tank!

Fight the Power, But Not Too Hard

The frustrating thing is that buried deep under the silliness, there’s an interesting idea just waiting to be released.

Superheroes are generally metaphors for superpower imperialism; Captain America and Iron Man sweep across the world as avatars of the unique might of the United States. Captain America: Civil War was about whether American superheroes should police the world under international auspices or with no oversight. But everyone agreed that (mostly American) superheroes would be policing the world.

In contrast, there are hardly any nationalist superheroes who fight for, and embody, the liberation dreams, of colonized people. Even Black Panther doesn’t really fit the bill. The whole point of Wakanda is that it is a superpower created by Black Africans. It has never been colonized.

Black Adam sort of tries to explore this anti-colonial dynamic. But it is hampered by poor writing and a fatal lack of nerve. Among other problems, the film is unwilling to make an unambiguous statement about who, exactly, the colonizers are, and who the people of Kahndaq and Black Adam are resisting.

It’s never clear, for example, whether Intergang is some sort of international mafia or whether they’re a stand-in for an imperial invader. And when the people of Kahndaq do rise up, it’s not to fight Intergang, but to battle monsters in the service of a different big bad altogether. The monsters seem to come from the city itself, so maybe they’re a metaphor for the minions of local dictators? Or, more likely, you’re just not supposed to think about it that hard.

As for the Justice Society, Adrianna and Adam both tell them that the international order they claim to defend has oppressed Kahndaq rather than helped it. But the film never seriously considers the possibility that the American superheroes are the bad guys. They criticize Black Adam’s violent methods, and we’re supposed to take that critique seriously even as they force Adam into a fight which destroys large portions of the city and threatens innumerable lives.

The superhero as an anticolonial freedom fighter has the potential to upend the entire idea of superheroes. But Warner Brothers is wedded to creating a traditional superhero empire like the conquering MCU before them. So they hedge, and turn a potentially powerful concept into an incoherent jumble.

The film’s one saving grace is Dwayne Johnson, who is always a charming presence. He delivers deadpan Schwarzenegger-like bloodthirsty quips with impeccable comic lack of inflection, and manages to convey quiet satisfaction every time he tosses a bad guy into the stratosphere. That’s about as much magic as you’ll find in Black Adam.