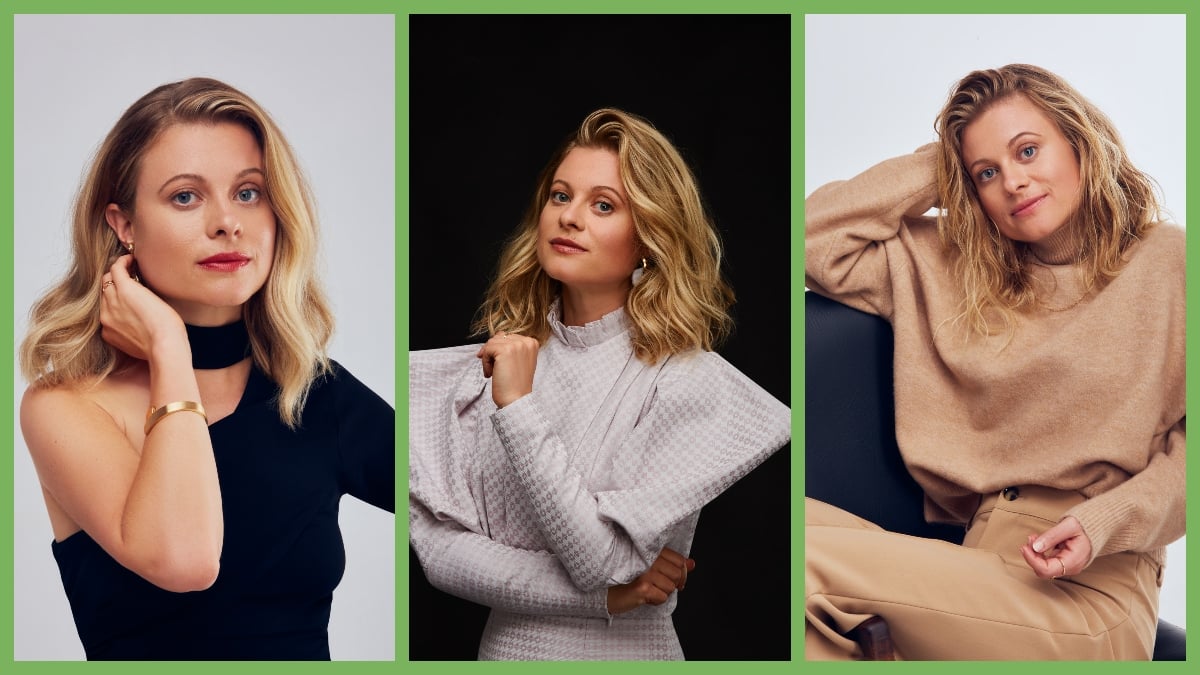 More than 20 years after taking her “first step into a much larger world,” Bonnie Piesse got the opportunity to return to the Star Wars universe in Obi-Wan Kenobi.

Piesse plays Beru Whitesun Lars, a Tatooinian woman who is the guardian and Aunt of Luke Skywalker.

She joins a strong cast of actors, which includes Ewan McGregor, Hayden Christensen, Joel Edgerton, Moses Ingram, and many more. Obi-Wan Kenobi, the series, picks up ten years after the dramatic events of Star Wars: Revenge of the Sith.

Recently Wealth of Geeks was able to catch up with Bonnie to discuss her performance in Obi-Wan, Star Wars fandom, and her new rom-com My Favorite Girlfriend.

Looking Back at Walking With the Stars

BP: It was super exciting. I was 16 when I was cast in Attack of the Clones, so I was still in school in Australia, and I had been doing some acting already on little Australian TV shows.

When I got the role in Star Wars, that was a much bigger thing and exciting for me, my family, my friends, and everyone. Going and shooting in Tunisia and hanging out with George Lucas, Natalie Portman, and Hayden Christensen was pretty amazing.

MD: Were you a Star Wars fan at the time? Did you have a sense of what exactly you were stepping into?

BP: So, I hadn't seen the originals. I'd seen Episode I, The Phantom Menace, and I was aware of what a big world it was and how much people loved it. It was already a huge pop culture thing by then, but I don't think I even knew about the fan base, what that meant, and all the conventions and that whole culture.

So, that was a surprise. After I wrapped Episode II, I went to Celebration 2 in Indianapolis, and I think there were about 40,000 Star Wars fans. That was my first experience of the whole fan world.

MD: What was that like? Was it overwhelming? Was it what you expected?

BP: I don't know what I expected. I certainly didn't expect those crowds, and Joel Edgerton was there too. I remember we were walking down the street in Indianapolis, and suddenly someone says, “Oh, it's Owen. It's Beru.”

They just started chasing us. It was a whole bunch of stormtroopers, and it was friendly. We weren't scared or anything, but that was quite an experience, and we had to sneak in the back of the convention center door. Then, yeah, just talking to all the fans and seeing how excited they were about it, that was such a fantastic experience to see that whole part of it, which, yeah, I had no idea.

MD: Cool! Aunt Beru wasn't a massive presence in A New Hope, but she was memorable. Did you draw anything from her original appearance?

BP: Yeah, absolutely. For the audition, they didn't give me any scripts or anything. They just said, “Go off the old scripts.” So, I read her lines in the audition; firstly, she had a mixed accent. I think she was Irish.

So, I was trying to figure out her accent, and in the audition, they said, “No, don't worry about it. Just standard American. Just be yourself.” So I was trying to match her and step into the way she portrayed the character, but they were pretty free with it. They were like, just make it your own.

MD: Did you draw inspiration from anything else?

BP: I just watched the originals, obviously, before I auditioned, just to get into the whole world and understand it all. So by the time I got to the audition, I was inspired by all of it, and I was just trying to step into that.

MD: Were you given any backstory, or did you have to come up with your own? How much did you get to interact with the writers and director?

BP: I wasn't given any backstory, so I had to do my work on that. The night before I started filming in Sydney, they threw another script at me, and it was a big dialogue scene with Natalie Portman, which got deleted.

I haven't seen it to this day. I hope I can someday. So, I had to dig into that the night before filming. For Obi-Wan, I also did a lot of work on my own, just coming up with where has Beru been? What's she been through? Where's she coming from? All of that. Deborah was pretty amazing with that too.

MD: What was it like working with Deborah Chow?

BP: Yeah. Deborah, she's so character-based. It's wonderful. She cares so much about the humanity and the emotion of everything. So she's super, super focused on that, which is great to have that kind of director as an actor. She's really getting in there with you and feeling it all. It's great.

MD: There's a shortage of women in Star Wars. What responsibility do you feel in getting to play one of them?

BP: Yeah, I do feel a responsibility. I think there are some great strong female characters, female warriors, I want to say.

So, I hope that I was able to bring something new and something that's going to inspire people, especially inspire young women and girls. I think that's important, and more and more in films and TV in general, I feel the women's roles are getting better and better.

MD:  So, nearly 20 years have passed since your first role and your appearance in Obi-Wan Kenobi. How has technology changed?

BP: So in Revenge of the Sith, which was my scene we did on green screen, and I know Ewan's talked about that as well. That was a funny experience where we're standing, surrounded by a green screen; George comes over, and he's like, “Okay, see that broomstick over there? That's the most beautiful sunset that you've ever seen.” So, a lot of it was you had to come up with something in your mind and imagine.

Technology has come so far. I don't understand how it all works. My husband is more of a geek with that, so he was excited about all the details, but it feels more real. So on set, it feels like you're in the whole space. You're in the scene, which makes it so much better as an actor.

MD: What's your favorite memory from the set?

BP: That first moment of stepping into Beru's costume again was very, very memorable. Not having put on a Beru costume, I guess it was 20 years like you said or more.

I feel like it was more. Yeah, so that first moment of trying on the costumes, looking in the mirror, and seeing, wow, okay. I'm in Star Wars again. That's surreal.

MD: Did you get to keep a memento or anything from the set?

BP: I didn't get a memento from the set. I did get a cap from Ewan McGregor that says Obi on it, so that was exciting. Then Deborah gave me a cap, a jacket, and a few things too. So, I've got some nice keepsakes, but nothing from the actual set. I wish.

MD:  You are also a talented singer and musician, so what are you currently listening to?

BP: Yeah, I'm listening to a lot of ambient cinematic stuff right now. I used to listen to a lot more singer/songwriters, folk and pop, and now I'm getting into much more ethereal, ambient cinema stuff.

BP: Oh, Interstellar. It's so amazing.

MD: When you're not filming, what are your hobbies?

BP: So, I live in Portugal part-time. My husband and I moved there a few years ago, so I love the beach. We live super close to the beach. I want to become a surfer, but I'm not yet. That'll happen. Meditation.

I love reading, but I don't tend to read fiction these days; I read more non-fiction stuff and cooking.

MD: What are you reading at the moment?

BP: Right now, I'm not reading anything, but there's a great book that I just read called The Finders, which is a really interesting spiritual book.

MD: What's next? Do you have any cool upcoming projects you can tell us about?

BP: Yeah. I just did a movie called My Favorite Girlfriend last year, which I'm so proud of. It's written and directed by Amanda Raymond. It's a beautiful love story, and I play a character who has a dissociative identity disorder (DID).

I played seven characters. I haven't seen the whole thing, but I was so happy with what I saw. I think it's going to be a really beautiful movie. So, excited about that.

MD: What was that like playing seven different characters?

BP: It was so challenging. When I first read the script, and they offered it to me, I was in shock. I was like, okay, how can I do this? That's so difficult as an actor, but they really believed in me, which I'm grateful for.

I just jumped in and did my best to make every character distinct and have their own life. I had a bunch of different accents I needed to perfect as well. So it was just a lot of prep, but one of those things, I'm so proud of it and so glad I did it.

MD: Thank you for speaking with us today; it is a tremendous honor.

BP: You are welcome

All episodes of the Obi-Wan Kenobi limited series are currently streaming on Disney+.

My Favorite Girlfriend will have a limited theater run starting August 5 and will be available on-demand shortly thereafter.

We look forward to many more entertaining projects from Bonnie Piesse in the future.

Legit Airbnb Coupon Codes and Hacks To Save You Money