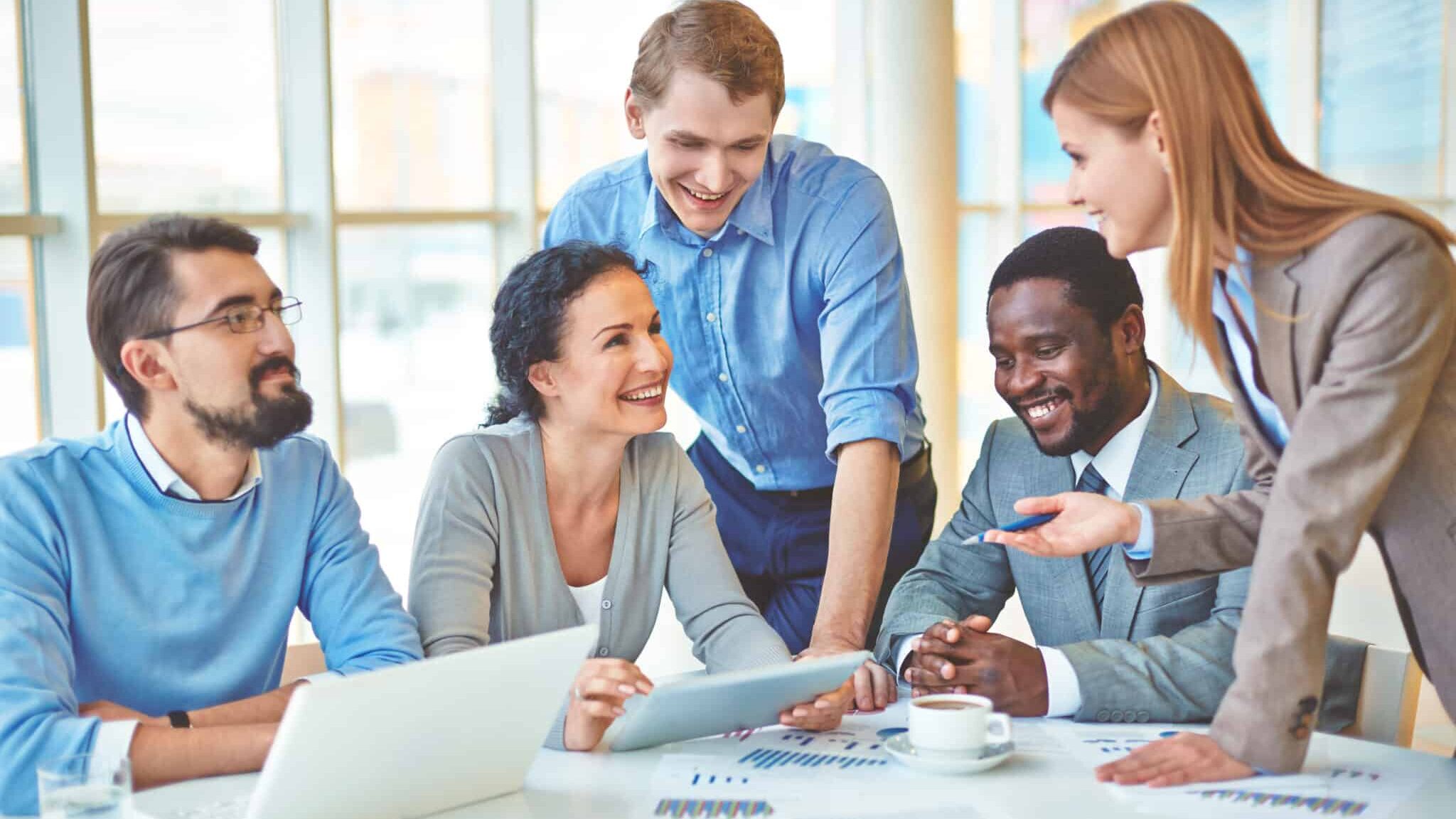 Boundaries are a critical part of thriving in any work environment. How do confident women establish these boundaries while maintaining professionalism? Two words: “I will!”

This declaration communicates intention — and protects you simultaneously. What does it look like in practice? Here are four examples.

Part of establishing boundaries means making it clear when you will and won’t be available, whether in-person or online. Saying you can’t respond after a certain time, while important, not only has a more negative connotation but also makes you sound less confident. Instead, let your colleagues know when you WILL be available. You’re sending the same message, but you’re communicating it in a more forceful and positive way.

Here, you’re putting the onus on yourself — while simultaneously conveying authority. When you say “Don’t say that,” people might wonder who you are to tell them what they can and can’t say in the office. But when you shut down a topic by saying that you won’t be chiming in, you’re conveying the fact that it’s inappropriate to discuss the subject while also avoiding conflict.

This, again, gives your words a more positive connotation. You’re taking charge and forcefully declaring what you’re willing and able to do, rather than focusing on the negative — the things you cannot and/or will not be doing.

This phrase is ideal for contexts in which you’re worried that you might be bombarded with questions, comments or feedback. If you’re leading a project, for example, you might be facing constant (and sometimes unnecessary) input from team members and simply don’t have the time or patience. When you let the team know that you will check-in, particularly at a specific time, then you’ll reassure your colleagues that their questions won’t go unanswered and you will make yourself available perhaps when you're out of the office or out of the country on vacation.

Sure, these phrases may not sound all that different from one another, but wording is key — and it will help you come across as more confident and capable.

The Real Reason People Don’t Want to Go Back to the Office (Like, Ever)

If You Don’t Like Your Boss’s Answer to These 5 Questions, It’s Time to Quit

The 10 Interpersonal Skills You Need Today for a Successful Career