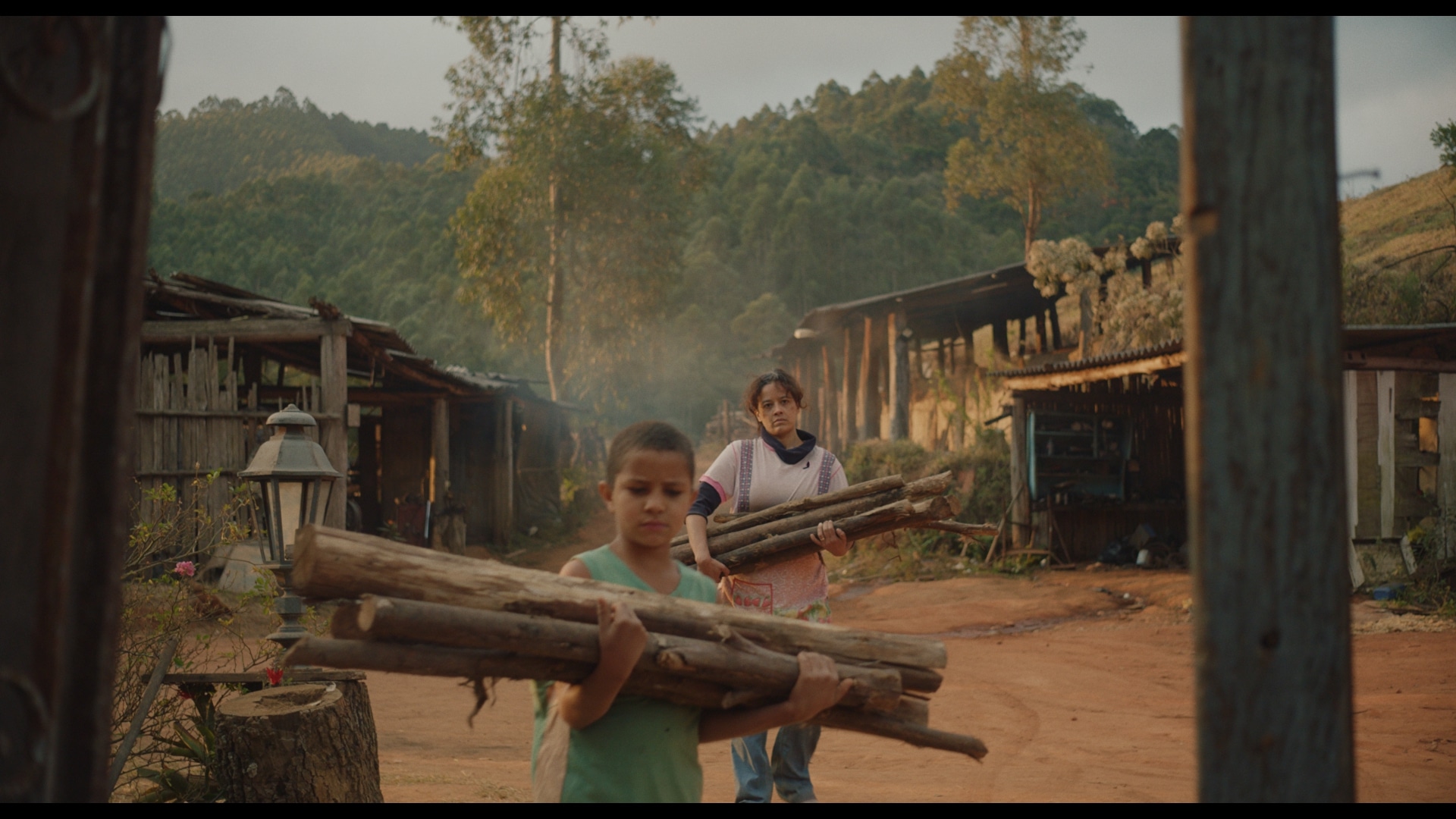 If the TIFF film Charcoal has a peer in its shrewd analysis of class, violence, and corruption, the most likely is Bong Joon-ho’s devastating 2019 masterpiece Parasite. And writer-director Carolina Markowicz is just as uninterested in sugarcoating her themes in her feature debut.

As was the case in Parasite, the devastating poverty of the harsh environment (in this case, rural Brazil) is first and foremost. Otherwise, Irene (Maeve Jinkings), her husband Jairo (Rômulo Braga), and even their nine-year-old son Jean (Jean Costa) would be dismissed as monsters for the proposition they’re willing to accept.

The Kim clan in Parasite was at least lovingly united and relatively healthy in the face of greater economic threats. But Irene’s father has been left immobile and unresponsive after his stroke, and as the visiting nurse quietly outlines, their impoverished environment practically guarantees that he will only get worse. There seems so little reason to doubt this that they accept a devilish bargain in the hope of improving their lives: dispose of their patriarch and take in Miguel (César Bordón), a wealthy drug lord in need of a place to lie low.

If Charcoal were a different film, the consequences that follow wouldn’t be quite so devastating. Maybe even lonely, former pageant queen Irene would assist Miguel in getting clean, and he would learn humility and maybe even compassion after being forced from his lavish surroundings into far grittier conditions. Eventually, Miguel would adapt and learn from his new life, maybe even potentially inspiring Jairo to live and love openly with his male lover, who could find their way to happiness together.

But this is real life, or at least it is in Charcoal. Miguel despises hiding in a far less pristine habitat than what he’s become accustomed to and lashes out at the family in frustration. Irene is bored by Miguel and his lack of interest in her. Jairo spends lavishly on gifts for his illicit boyfriend rather than make any meaningful changes in his life, and the young Jean begins acting out and disrespecting his mother so much it’s a wonder he goes unbeaten.

Even unity is only possible in the most horrific ways since Miguel turns out to be such a loose cannon that he threatens to expose everyone. Slowly but surely, he unknowingly becomes less of a potential way to escape their circumstances than a problem to be solved, no matter the cost.

Far from bettering their lives, a new cycle of violence is created, with Jean as the one who will be the most likely beneficiary. In witnessing new evils built on the bodies of the old and young alike, one of the only remaining questions is what this smart, cold-eyed youngster will inflict himself.

After premiering at the 2022 Toronto International Film Festival, Charcoal lands at select U.S. theaters on a date yet to be determined.

Check out the latest movies in theaters now.