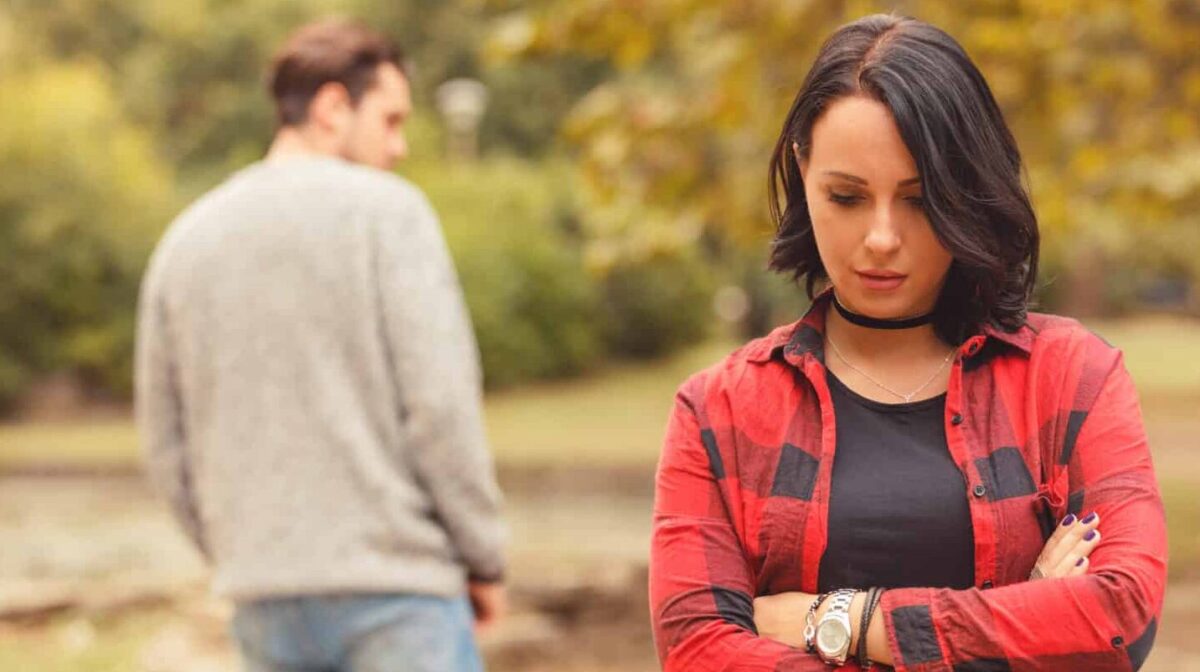 “It's not you; it's me.” Merry and bright might be replaced with sad and gloomy for many in relationships as the holidays approach. That's according to a new study from HerNorm.com that reveals the dates couples are most likely to break up in each state.

Breaking up with a partner is always hard, but it goes without saying it's even more difficult during certain times of the year. Even though most couples have already discussed Thanksgiving plans, people living in New Hampshire and Rhode Island are most likely to end relationships from November 21 through November 27.

And if Thanksgiving seems like a rough time to cut someone loose, people in Utah, Arizona, and Kentucky are most likely to ditch their partners just before Christmas!

Using Google trends data from 2021 and 2022, the dating and relationship experts at HerNorm.com analyzed the precise time that searches for terms such as ‘how to break up' were at their highest.

So, which states are calling it off before Christmas? And who's having a spring clean before summer? Let's find out.

Most Likely to Break Up Before The Holidays?

As we move through fall, Oregon and Kansas are the first to sweep away old leaves, with searches for ‘how to break up' peaking in early October.

Minnesota, Massachusetts, and California also have peak search volumes around breakups in mid-October, while Nebraska couples are most likely to consider ending their relationships just before Halloween.

Moving into December, strategic scrooges in Vermont, Utah, and Arizona are most likely to plan a breakup before the festivities and gift-giving commence, while couples in Kentucky are searching for ways to break up as close as Christmas Day.

Couples in Virginia are searching the most just after Christmas, suggesting a fresh start in the new year is a popular notion here.

While breakups happen at any time of year, it can feel especially cold around Christmas. Max, who writes at Max My Money, related his experience with a difficult breakup right after exchanging gifts. “I had been dating this girl for three or four months. I listened to her favorite candle and author choices and carefully chose her gifts. After giving her the card, candle, and book, she looked at me with a blank stare. She said, ‘well, thanks,' and then continued that in the coming year, our friendship would grow. Let's say this is not what I had in mind for the future. After hitting a curb while leaving her apartment, we never spoke again.”

Christmas can be an excellent time for many couples. However, for others, it can provoke arguments, family disputes, and eggnog-fueled disagreements.

Those in West Virginia, Connecticut, and Louisiana are keen to bite the bullet, with searches peaking in the first week of January, while Maryland and Alabama are more likely to wait until the end of the month.

One of the critical dates for romance, the study shows five states are most likely to break up with their partner around Valentine's Day.

South Dakota, Nevada, and Michigan see searches soar just before the big day, while Maine and Illinois are most likely to cut ties either on Valentine's Day or just after it.

Breakups around romantic holidays can be especially tough. Greg Wilson, from the lifestyle blog ChaChingQueen, recalled, “many years ago, my girlfriend and I broke up over the phone – on Valentine's Day itself. It was tough. Immediately after hanging up, my younger brother called me and told me he had just proposed to his girlfriend. The timing of his telling me that and my emotions from the breakup did not go over well. It's still a reaction I regret, 15 or so years later.”

Spring is a popular time for cleaning and seems to be another popular time for breakups. States including Washington, Texas, and New York see the highest search volumes for terms related to breakups from March to April, while Montana, Arkansas, and South Carolina searches peak in May.

Temperatures may rise; however, relationships are most likely to go cold in the summer for those living in North Dakota, Idaho, New Jersey, and Wisconsin, to name a few. College students going back home, and leaving their beau behind, could be one of the factors influencing these high search volumes.

Breakups can be difficult as they signal the end of something once hopeful. But don't lose heart. According to a spokesperson from HerNorm.com, “while breakups can be challenging, if you're on the receiving end, you definitely aren't alone. Surround yourself with loved ones and use this time to rebuild your confidence. This is the perfect time to look after yourself and make yourself a priority.”

This article was produced by Hello Sensible and syndicated by Wealth of Geeks.