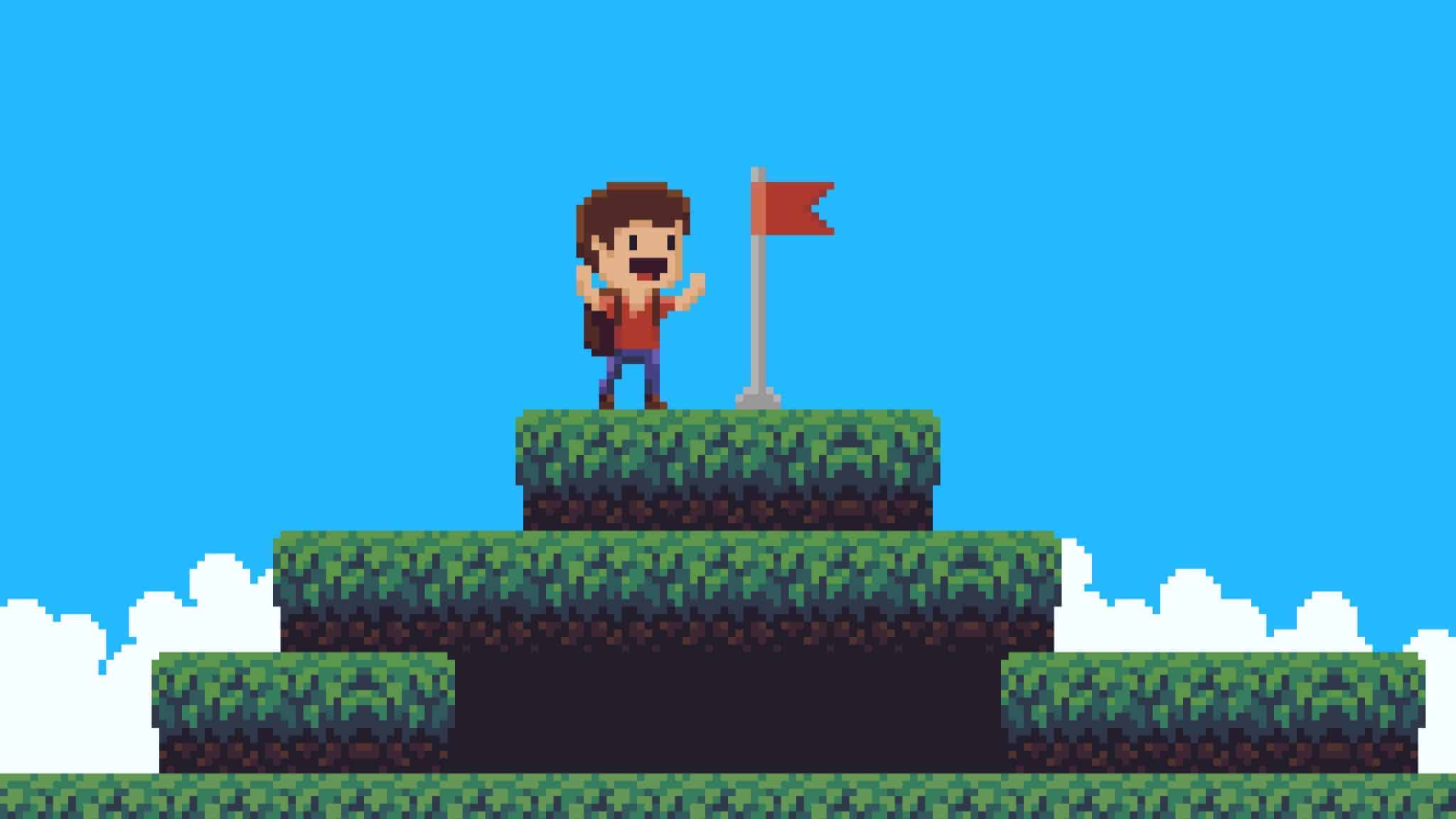 What makes you successful in business?

Is it climbing the corporate ladder? Or retiring early to spend more time with your kids? Turning your side hustle into a full-time gig?

The answer, of course, is up to you. Whatever dreams you set your mind to can be achieved with hard work, perseverance, and yes, a little luck.

The path to success can be made a little straighter by listening to others' wisdom and learning from their failures as well as their triumphs. With that in mind, here are ten quotes to inspire you to achieve greatness in whatever realm you choose.

1. “You don't build a business, you build people, then people build the business.” – Zig Ziglar

If you genuinely want to be successful in business, at some point, you will need to learn to be a great manager and developer of other people.

It is a skill that must be learned. Most people are not naturally gifted leaders. In my own company, I've seen many incredibly talented engineers get promoted to leadership roles for no other reason than that it's the next step up the ladder. And I've seen many become spectacularly bad managers.

The skills required to be a great engineer and a great manager are very different. But if you can learn how to help other people be the best at what they do, you have the key to building a profitable small business.

2. “Leadership is the art of getting someone else to do something you want done because he wants to do it.” – Dwight Eisenhower

Everyone wants to feel like what they do matters. And while it may seem self-serving at first, convincing others that they want to do something you want to be done is good for everyone.

Only a true leader can combine an understanding of the business need, human psychology, and deep care for others in a way that empowers your employees to be the best version of themselves and achieve the goals set before them.

3. “Success is not final; failure is not fatal. It is the courage to continue that counts.” – Winston Churchill

Life is not always easy. Winston Churchill would know. Comparing your struggles to his should give you some perspective.

Perseverance is the key to moving forward. If every entrepreneur gave up after their first failure, the world would be a much different place. What defines your life and career is how you respond to the struggle more often than whether or not you reach the mountaintop of success.

One of my entrepreneurial ventures, together with my wife, is real estate investing. There are countless stories of times we could have (and maybe should have) thrown in the towel. Here are a few examples.

But thankfully, we didn't let those things stop us. We learned how to invest in real estate with no money when we ran out of cash after our first deal. We figured out how to do better due diligence before buying properties and formed relationships with some great contractors for future deals.

Despite our setbacks (or even because of them), we are better real estate investors now.

4. “There are no secrets to success. It is the result of preparation, hard work, and learning from failure.” – Colin Powell

Everyone is always looking for the “secret” to success. As if watching a particular YouTube video or taking a course from that one guru that flaunts his Lamborghini all the time will catapult you to the top.

Many people have spent thousands of dollars and countless years of their lives pursuing speakers, seminars, and other get-rich-quick propaganda to try to find the shortcut to Success.

Ironically, that time and money invested in executing a simple idea would have almost guaranteed a greater yield. The smart business owner knows that there is no better teacher than experience and failure, and hard work is a prerequisite for success.

While there are things you can do to make money fast, most of them are quick wins and will not produce life-altering streams of income or the Success promised by gurus.

5. “The critical ingredient is getting off your butt and doing something. It's as simple as that. A lot of people have ideas, but there are few who decide to do something about them now. Not tomorrow. Not next week. But today. The true entrepreneur is a doer, not a dreamer.” – Nolan Bushnell

In my own business, I help other people find ways to make extra money through side jobs or starting their own small business. It's not rocket science, and almost anyone can be successful if they try.

But do you know what separates those that succeed and make money and those that don't? It's almost always deciding to do something rather than nothing.

I've done my fair share of “planning to plan” and “thinking about doing,” but what actually gets results is getting down to business and doing the work.

6. “The competitor to be feared is one who never bothers about you at all, but goes on making his own business better all the time.” – Henry Ford

That is a warning to pay less attention to what everyone else is doing and focus more on making your product or service better.

Do you think Steve Jobs was worried about what Microsoft or IBM was doing when he disrupted the tech space? Or do you think Elon Musk spends his nights researching what General Motors is up to?

In case you missed the rhetorical nature of the questions, the answer is a definite no.

While understanding your competition is a good thing up to a point, obsessing about them can blind you to your innovative ideas and distract you from the work needed to make your product stand out.

Quotes on Happiness and Priorities

If you want to fast track your education and learn from one of the most successful businessmen of all time, I highly recommend you read every single one of Warren Buffett's Berkshire Hathaway annual shareholder newsletters.

He gives real, common-sense advice that most people probably already know but don't really live their life as they believe it. Warren Buffet is one of those people that became wildly successful by following his own simple rules.

One example of that is the quote above – simple, but not easy. Especially in the modern era, there are a million things always clamoring for your attention. But if you want to be successful at one thing, you need to tune out the distractions and say no to almost everything else. Even when those distractions could be worthy causes in and of themselves.

8. “My favorite things in life don't cost any money. It's really clear that the most precious resource we all have is time.” – Steve Jobs

While pursuing success, don't forget to live your life. Money can buy a lot of things, but it can't buy time.

As a father with two young kids, I realized recently that between all of my entrepreneurial side projects and just the general busyness of life, I was missing out on time I would never get back with them. I had to implement Warren Buffet's advice from the previous quote and say “no” to many things in my life.

Only you can decide what you define as success and how you choose to spend your time. But make sure it's a deliberate choice, and you don't float along with the current for 40+ years before realizing you are too far from shore to make it back.

9. “Success is not the key to happiness. Happiness is the key to success. If you love what you are doing, you will be successful.” – Albert Schweitzer

While I don't quite subscribe to the notion that “if you love what you do, you'll never work another day in your life,” I do believe there must be some element of passion in your work ever to achieve real success.

It's hard to do anything over a 40+ year working career, much less something you don't enjoy.

10. “I owe my success to having listened respectfully to the very best advice, and then going away and doing the exact opposite.” – G.K. Chesterton

Sometimes the best advice is to ignore everyone's advice and do your own thing. When the founder of Spanx, Sara Blakely, asked for feedback on her initial idea, most people were critical of it or said if it were a good idea, someone would have done it already.

It turns out it was a brilliant idea, and she became the youngest self-made female billionaire ever.

There are countless stories of entrepreneurs who ignored everyone's advice and did something anyway to great Success. Sometimes we humans are skeptical of new ideas and don't know what we want until we have it (ahem, iPhone anyone?)

Or maybe you'll venture off into the great unknown and experience spectacular failure, which is just another learning opportunity in the entrepreneurial process.

The Motivation for Business Success

Wherever life and business take you, I hope these quotes instill wisdom and knowledge and inspire you to persevere through trials knowing some of the most successful people alive have struggled as well.

As any entrepreneur would tell you, there is no such thing as overnight success. But with steady, hard work, you can achieve greatness in almost anything – business or otherwise.

Begging for Money: The Beggar’s Guide To Getting It Together

7 Reasons Not Being the Smartest Person Is a Benefit