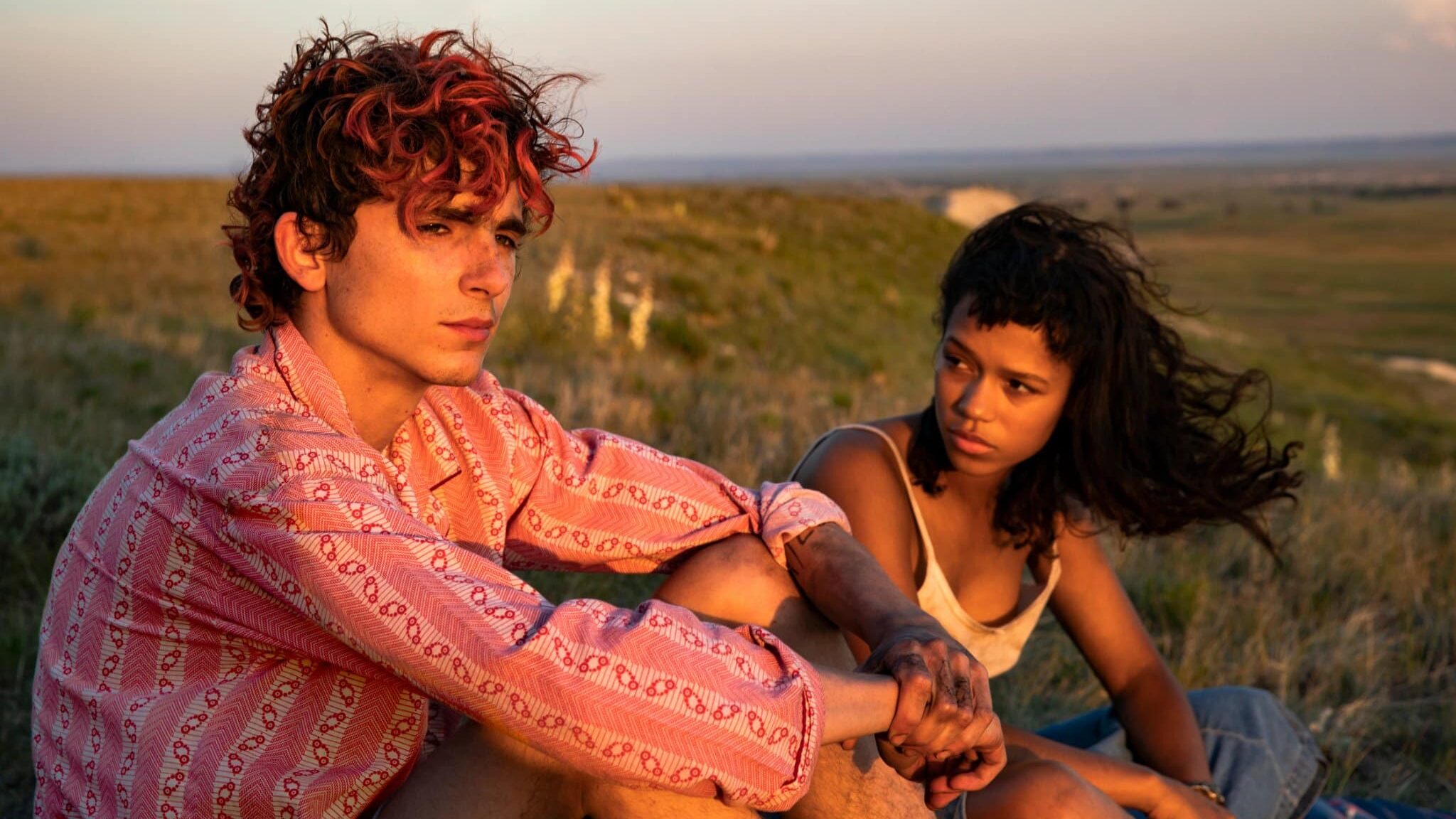 Young nihilists of America rejoice: you have a new champion in the movie Bones and All. It comes with Timothee Chalamet, Trent Reznor for the sound, and an 80s tour through the grimiest parts of America, where even homes with lavish interiors sit right by the power lines. The stage is set to chew right through the era's yuppie sensibilities.

Something is clearly off from the moment we meet Maren (Taylor Russell). She throws off the vibe of one who is a loner by necessity, with few friends, a lack of a yearbook photo, and the kind of baggy, nondescript clothes that speak of a need to blend into her environment. But all kinds of alarms go off when her dad (André Holland) locks her into her room for the night.

You'd think he would remember that Maren has a frigging window in her room, and when she sneaks out to head to a sleepover from a girl who's befriending her, Maren is revealed to be a predator in plain sight when she bites right into her would-be bestie's finger. When she flees home, all her father can manage is, “You didn't,” along with a tight schedule for a quick getaway.

Clearly this isn't the first time, merely the straw that broke the camel's back, because her father doesn't stick around in their crappy new digs. Shortly after her 18th birthday, he abandons his daughter, leaving behind a tape explaining his version of her bloody history, her birth certificate, and a potential way to find the mother she never knew.

But the marketing hasn’t bothered to hide that this cannibalistic tale of blood and murder is also a love story, so it doesn’t truly begin until Maren meets Lee (Timothée Chalamet in his dreamiest role since Call Me By Your Name), who also suffers from her affliction and is roughly her age. Luca Guadnignano isn't a director who's been much interested in levity, but their ensuing love story has its moments of tenderness and dark humor in between feasts, with the duo’s first kiss occurring at a slaughterhouse.

Yet finding your tribe isn't necessarily a good thing, and as much as these two are desperate to be touched by someone they can see and be seen with, most of their fellow eaters aren’t good company. From the rednecks who are far too comfortable with their urges, and most dangerously, the creepily intense Sully (Mark Rylance at his most chilling), many of them are living embodiments of the worst versions of what awaits them. Maren and Lee’s lifestyle then, with its concerns that never range beyond day-to-day, is nihilistic even for youth culture, fueled by a sense that they are the future dismantlers of any good life they manage to build.

Since this is a film that’s oriented from Maren’s perspective, there’s cinematic comfort in Chalamet as this generation’s tortured bad boy with a heart of gold. With his fiery red hair, androgyny, and freewheeling sexuality, Chalamet’s perfect for a Gen Z spin on Interview With the Vampire, complete with absolutely nailing the whole tortured-by-his-very-nature vibe to perfection. The question is whether he’ll get the time to be hardened and become the monster that fascinates a Christian Slater type enough to kick off his own journey of violence and death in a brutally romantic unending cycle of eternal life and youth.

It’s unlikely, since Lee and Maren’s status as non-vampires means that they must eventually face old age in a world that will only become more inhospitable to them. But for now in a post-Twilight world, their tenderness and passion no longer has to be hidden behind a respectable veil of virginity. Finallly, killing and murder, rather than sex, is the greater sin, and the girl can undertake a journey once seen as strictly the province of masculinity, that of losing one's innocence and becoming a stronger, smarter, formidable force rather than tragic collateral damage.

If there’s plenty of indications of how far we’ve come, there’s still evidence of what we’re still not ready for. Russell’s turn as Maren would be the definition of starmaking – if she was allowed to get her hands dirty. Instead, Bones and All leaves the bloody work of feeding their habit to Lee, rather than allowing Russell to be the wolf in pretty sheep’s clothing. But then, it would be difficult for the film to be truly subversive when young Black girls are far less likely to be given the benefit of the doubt or presumption of innocence.

That leaves much of the subversion to the setting itself, which the movie moves from the 90s of the book to the 80s. It’s a cop-out in itself, since there’s a sense of safety in a nostalgia which doubles as a violent counter to the dark forces that went bump in the night under the smiling surface of Reagan’s America, rather than a meditation of the many ways the 21st century would soon violently upend all expectations. Not to mention the knowledge that it’ll be a lot longer before the Internet stops these two in their tracks.

In the meantime, there are few directors more suitable than Luca Guadagnino to find the beauty in the grimy business of love and death in America’s least glamorous backdrops. And it’s difficult to imagine a more receptive audience than Gen Z, who are coming of age amidst the constant threat of death and have started their own hashtag as a kind of coping mechanism. It’s no preparation for the far darker developments of the novel, but it’s hard to picture a more unconventional portrait of young love thriving under brutal conditions.

Personal Finance Tips for Veterans and Their Families

The Best Movies To See in Theaters – New Movies Out Now