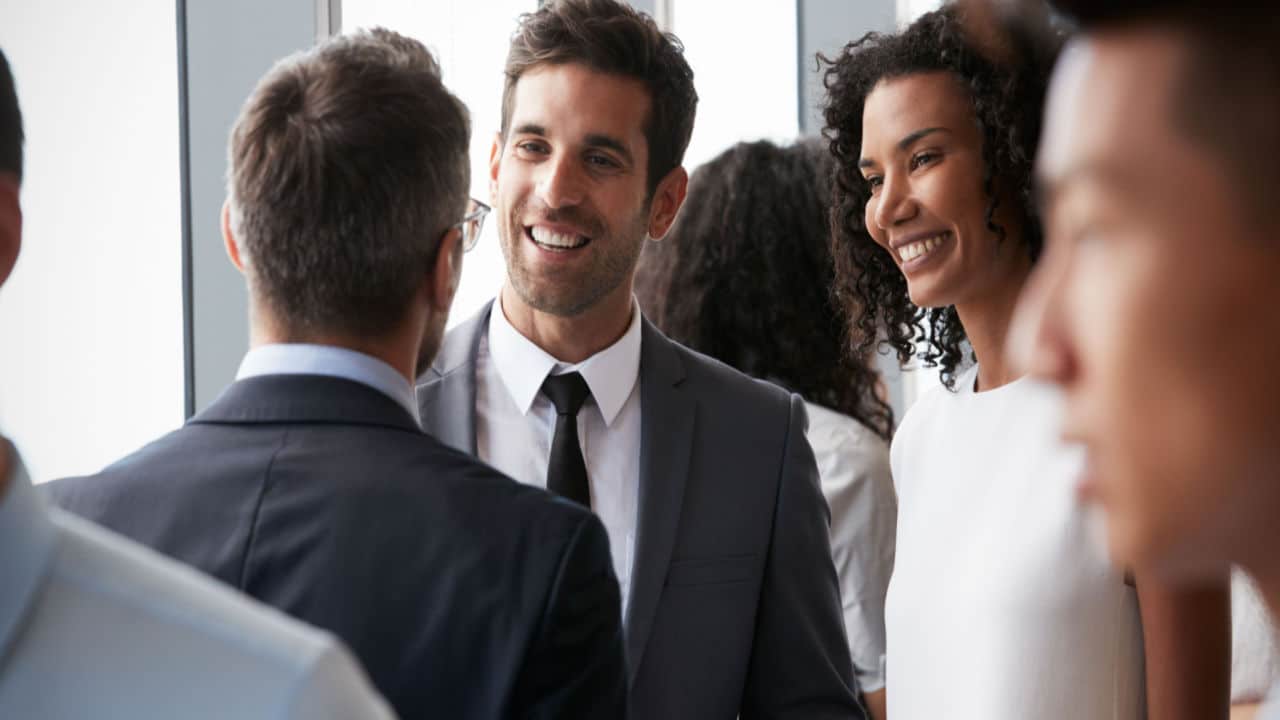 With the pandemic lowering the barriers to remote working and also forcing people into the confines of their homes, many people are pondering whether they should make a job switch.

According to a new Grant Thornton survey, two out of every five workers who switched jobs within the last year are looking to make the switch again.

If you fall into this bucket, you'll want to make sure you stack the odds in your favor as much as possible before quitting your current job.

One of the best ways to maximize your career opportunities is to network. If you want to better position yourself for a job switch, consider employing a few networking tips and tricks.

8 of the Best Networking Tips and Tricks

Here are some of the most effective networking tips to help get you started on your networking journey. Follow these steps, and you'll have a better shot at maximizing your opportunities.

Reach Out to Everyone

Many think that business and career networking involves reaching out to the right people and being careful about who you contact. In reality, quantity often trumps quality in the world of networking.

The first networking tip to keep in mind is to reach out to everyone. By doing this, you build your book of contacts and open up the possibility that one of the people you know may know someone else who could help you.

Some common ways to reach out to people are:

Emailing and messaging as many people as possible is a surefire way to open up the top of your outreach funnel and potentially land you more coffee chats and phone calls.

Reaching out to many people will help you secure phone calls and coffee chats, but how should you prepare for the interaction?

Getting to know your person involves doing lots of research beforehand. Thankfully, the internet has made digging up information more accessible than ever. If you reach out to this connection on LinkedIn, a lot of good information about them will be readily available (including where they work, where they went to school, and some of their interests).

Know What You're Talking About

Most people skim through LinkedIn for a few minutes to prepare for networking interactions. Though LinkedIn provides excellent background and overview of the person you'll be speaking with, you'll want to take it a step further to stand out.

Take some time to research the industry this person is working in and learn more about their interests. A more in-depth knowledge of the person and their field will help create a more meaningful conversation and impress your networking contact.

Too many times, a networking coffee chat turns into something that resembles a one-sided interview. Someone has their list of questions prepared and just starts rattling them off. Each answer is followed by some variation of “oh, I see” before the next question.

This one-sided interview style is not suitable for networking. You'll likely leave a bad (or no) impression on the person you chatted with, and they'll forget you within a week. To connect with someone, you have to be willing to share a little bit about yourself and seek some common ground or common interests.

Treat each networking meetup less like an interview and more like a conversation. After all, there is a reason why the person you're chatting with agreed to chat with you in the first place: they want to know about you as well.

Also, finding common ground can open up doors you never even knew existed. For example, maybe you're doing some professional networking but reveal a hobby that you do on the side. There's a chance that the person you're chatting with is also into that same hobby, and you've gained a new friend who shares similar interests.

In another scenario, maybe the person is interested in this idea you have floating around in your mind and wants to partner with you on it or even fund your business.

One overlooked benefit of networking is that each additional person you meet exponentially expands your potential opportunities.

In a similar vein of thought, it's essential to stay curious when networking with people. It's easy for people to tell when you're just trying to build your book of contacts or perform a job search: all your reactions are superficial, and you're not genuinely interested in what the other person has to say.

If you can make yourself curious about what the other person says, you'll perform much more successful networking. Not only will the meetup be mutually-beneficial, but you'll also learn a lot more from each other.

The act of networking is to connect with another person, and you'll have a much better time connecting with someone else when you're interested in what they say. Networking isn't about delivering an elevator pitch that you had memorized all along but rather about building relationships and meeting like-minded people.

So if you're genuinely curious when you meet people, you'll find that no matter how much of an introvert or how shy you are, you'll be able to get a lot out of networking.

Do Something for Them

Exchanging business cards is classic, but at the end of the day, nobody ever really looks at the business cards they receive. If you want to make a lasting impression on someone, do something for them. These actions can include:

So many people exchange business cards with new contacts and call it a day. If you want to stand out and truly harness the power of networking, get something unique for your connection. They'll remember you for a while, and you'll seriously strengthen your networking relationships.

Send a Thank You Note

One of the best ways to get someone to remember you long after you've connected with them is to send a quick thank you note after the meeting. It's a simple thing, yet many people forget to do so.

If you remember to send a thank you note, people will remember you as the polite individual who took the time to express gratitude. You'll build tremendous rapport and potentially gain new connections.

As previously mentioned in this post, good networking is all about relationships. Any good etiquette you employ will pay you dividends in the future in terms of helping you achieve your career goals, getting you job leads, and allowing you to grow professionally.

Whether you just met someone at a networking event or just had a conversation with a colleague you've never spoken with, you must stay in touch to cultivate and maintain your network.

You could have the best networking skills in the world, meet someone new every day, build your network faster than everyone else, and try all the networking techniques, but if all your conversations are one-and-done, you won't have success keeping the acquaintances you make.

Those with the most extensive professional contacts know that you must reconnect with your network periodically to maintain and grow relationships.

This article was produced by Financial Pupil and syndicated by Wealth of Geeks.

Jeff is a current Harvard student and author of the blog Financial Pupil who is passionate about learning, living, and sharing all things personal finance-related. He has experience working in the financial industry and enjoys the pursuit of financial freedom. Outside of blogging, he loves to cook, read, and golf in his spare time.

Online Tutoring Is Here to Stay: How You Can Participate